Wendy ‘Wendo’ Tuck, the first female Australian Skipper in the history of the Clipper Race, has clinched first place in the Clipper 70 class of the Rolex Sydney Hobart Yacht Race.

Wendy, the Sydney Skipper of Da Nang - Viet Nam, managed to hold off GREAT Britain and LMAX Exchange in a tight, tactical battle up the Derwent River. The team crossed the line at 1601 AEDT (0501 UTC) and finished in 22nd place in overall line honours.

At one point over the last 24 hours, the gap had narrowed to less than 3 nautical miles before Wendo opened up her lead to 10 nautical miles in the final few hours.

Da Nang - Viet Nam managed to keep up good speed over the last thirty miles after the threat of lightening winds didn’t materialise. 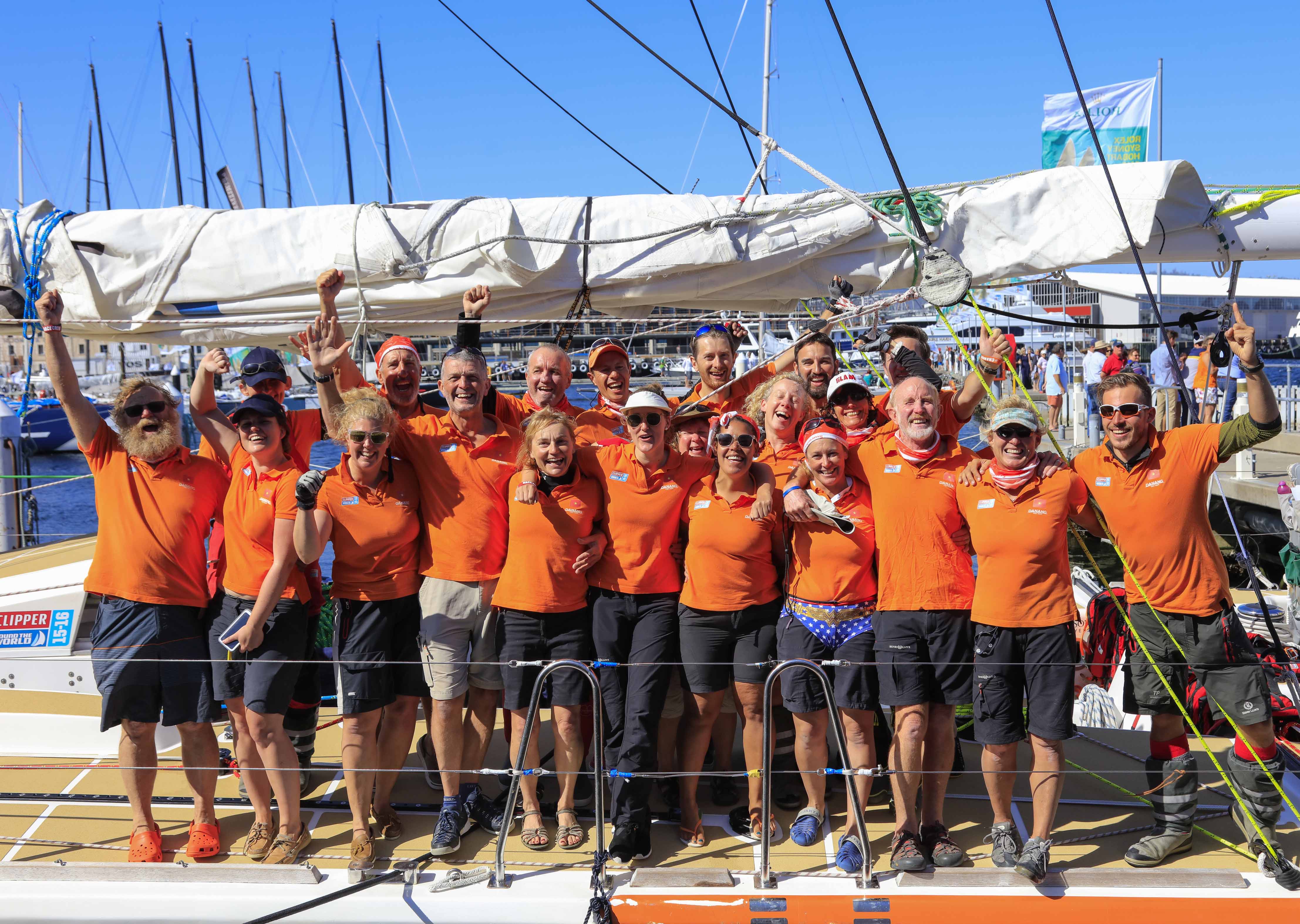 “It was so intense, it was horrible over the last few hours but we managed to avoid the wind holes and keep up good speed with the rest of the Clipper 70 fleet bearing down on us. We only lost speed momentarily. I was trying not to get excited, but the crew were so excited as we approached the finish.

“The crew have really performed and I am so impressed. In this race, I realised I can push them harder, and that is going to be key going forward from here. We know we can get the results,” Wendy added.

Also aboard celebrating the win is local Hobart resident David Graney, a round the world crew member.

Pete Thornton, Skipper of GREAT Britain, said: “It feels pretty awesome to have just come second in the Clipper 70 class in one of the most famous races in the world. I am really happy for Wendo and Da Nang Viet Nam – I wouldn’t have wanted anyone else to win this. I thought we might have caught up but Da Nang Viet Nam pulled out a good lead in the final few hours and there was no way we could catch up.

“We are pleased with our second place and getting another point closer to the top by beating LMAX Exchange, too,” Peter added.

Olivier Cardin, Skipper of LMAX Exchange, said: “That was the hardest race yet of the Clipper Race series.

“It was very difficult to manage the weather and the current. Getting out of Sydney Harbour was also very stressful with so many yachts around in such a little area, but the start was a great experience and one we will never forget.

“We had a tussle with GREAT Britain again and lost out this time, but it was great to have the rest of the Clipper Race fleet so close around us,” Olivier added.

The final fight to the finish line of Race 5, the 71st Rolex Sydney Hobart Yacht Race (RSHYR), is going to be tight and tactical for the Clipper 70s as they battle for the podium and points in forecast light winds on the…

Da Nang - Viet Nam, led by Australian Skipper Wendy Tuck, has held its lead overnight, benefitting from stronger south westerly winds by being on the east side of the course.Derry~Londonderry~Doire, in second as of 1000 AEDT (2300 UTC December 27), and

Following a spectacular start in front of millions of TV viewers, the Clipper Race fleet has endured a challenging first…