The Leg 5 Media Prize was awarded to Danny after he summed up in his blog what it was like to cope with the extreme heat and sweltering conditions of the race from the Whitsundays to Subic Bay...

I imagine that many supporters reading this will be sat under mood sapping strip lighting at work, in the bleak mid-winter that is the UK in January, staring outside at overcast skies and willing for Spring to arrive. Heading off to the office in the dark, returning home in the dark, the seemingly endless gloom gnawing away at you like a famished rodent. So what better time than this for me to bemoan just how hot it is down here at 14 degrees South. And the sunlight, jeez, enough already, turn it down!

Listen, I’m not on a self destructive mission to alienate my readership base, I’ve worked bloody hard to get into double figures and I’m not about to go backwards now, so before you unsubscribe to my directionless missives on all things sailing. (OK, not all things; bodily functions mostly, albeit bodily functions at sea), please hear me out. By the end you’ll have a renewed love of short days, long nights and bone chilling cold. 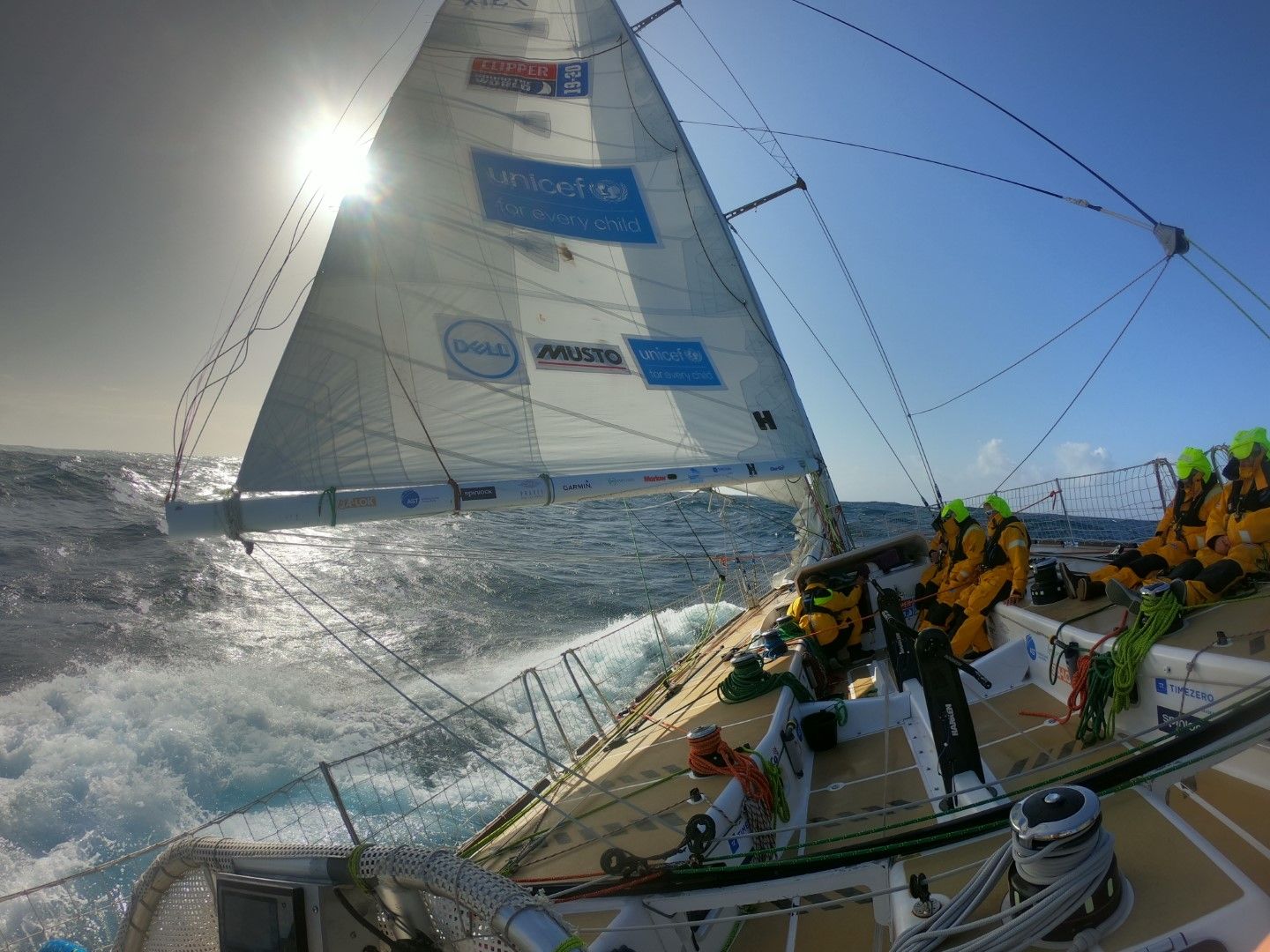 IMAGE: On board Unicef

Before I get on to the heat, I’d just like to give a brief shout out to the ozone layer. As far as layers go it’s right up there, probably even better than the layer of chopped up mushrooms in a beef wellington. We all love a beef wellington, sure, but out here on the open seas we’d be better off ordering more than a thin spread of ozone to protect us from harmful UV rays, which is sadly the case where I am now. I’m aware that a giant beef wellington placed tactically above the boat could provide some sort of sun protection, but then you’ve got to consider the UV reflection off the sea and sails. Suddenly you need multiple beef wellingtons and before you know it you can no longer see where you’re going. We’re safe from the sun, but at what cost? Anyway, my point is that we should take our lead from Greta Thunberg and start thinking a bit more about the planet and a bit less about delicious pastry encrusted fillets of meat.

Right, back to the soaring temperature. It’s so hot that sat here in 40 degrees of heat I can barely read what I’m typing. I’m no longer sure if it’s sweat dripping into my eyes or if I actually have sweaty eyeballs. I’m a somewhat, clammy man, at the best of times (sorry girls, I’m taken), but out here I’ve reached elite levels of perspiration. I have a 6 inch thick foam mattress that is now completely see through. I’m topping up liquid as fast as I can, desperately trying to stay on the good side of the pee colour chart we have stuck on the wall of the heads. I’m winning the battle for now, but I worry that what has started as a moist sheen will quickly become a flash flood. 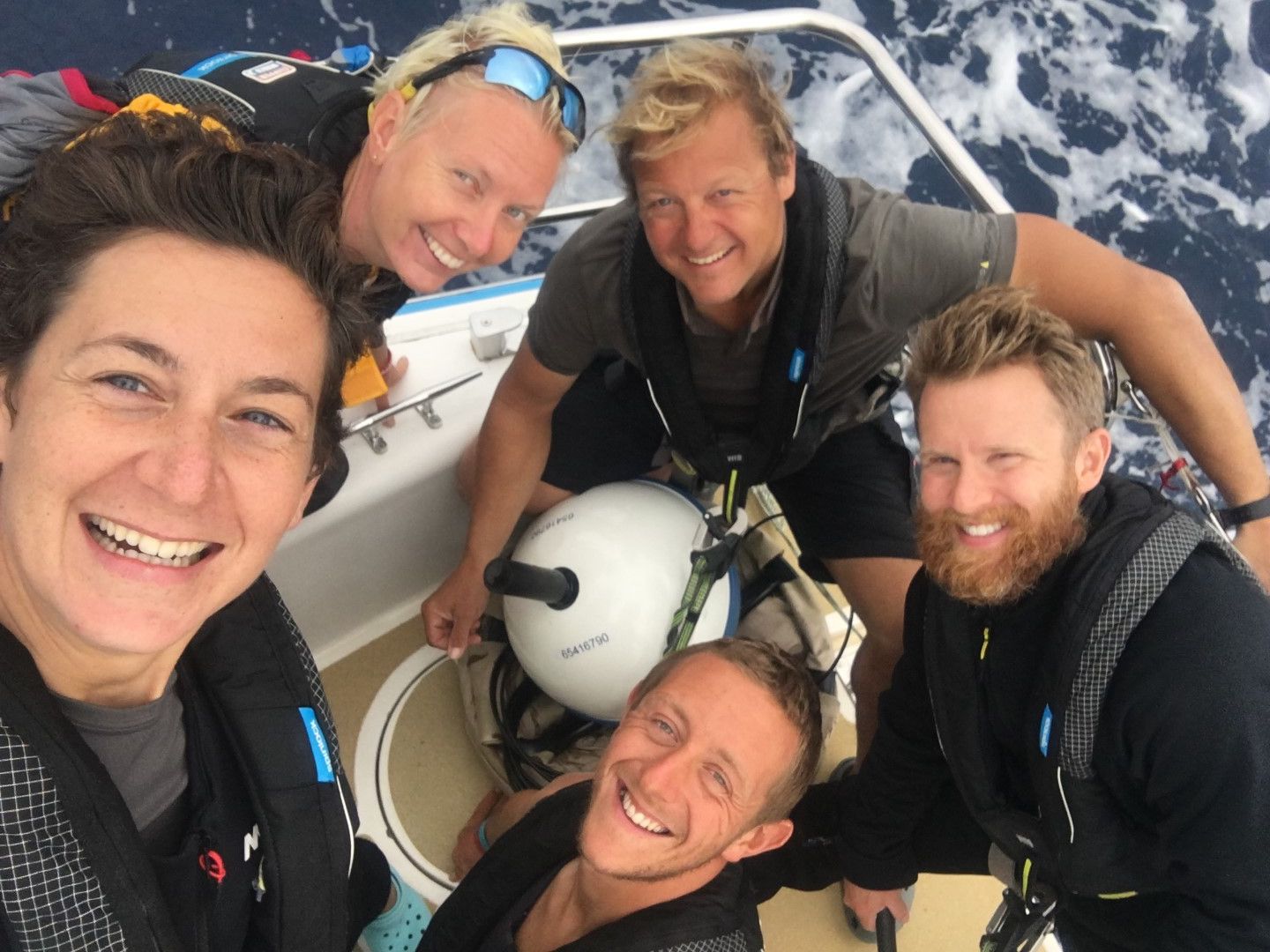 It’s not just me that’s got an absolute bead on; it’s the entire crew. We have bountiful tea tree oil on board to combat unsavoury odours. A quick spritz here and there normally keeps the place habitable. However, I fear that we’ll need to grow an entire forest of tea trees on the foredeck at this rate, for there is already quite the whiff of musty sweat in the accommodation area and it’s only Day 6. Bucket showers are regularly being taken on the back of the boat, although it provides but a brief respite, plus you just end up even saltier than before. I have opted for a laissez-faire approach to cleaning. For a man used to three showers a day this was a challenge at first, but now I find it quite liberating. I’ll throw in the occasional wet wipe when needed, but generally I’m just slowly fermenting in my own juices. I do change my underpants every seven days though. I’m not a monster.

There’s no real escape from the heat. Below deck temperatures are akin to taking a sauna with Caecilius on a bad day in Pompeii, and above deck there’s that big ol’ yellow geezer (the sun) to contend with. Double night shifts are no longer the chore they once were, for now they provide at least something close to tolerable conditions, imagine you’ve set your hairdryer to a low blow, medium heat. It’s not something you’d voluntarily sign up for, but as I said, it’s tolerable.

I should be used to all this heat having taken part in Leg 1, but somehow this time it feels worse, and as we head closer to the equator I imagine the mercury will continue to rise. My concern is that the next time you hear from me I’ll have passed so much liquid that I’ll essentially just be a giant raisin with opposable thumbs. I’ll still be able to do many of the same things ordinary folk do, it’s just I’ll be a raisin. So as you sit there in the cold, spare a thought for me and the crew of Unicef. Yes, we’re sailing from country to country without a care in the world. Yes, we’re privy to the most vividly starry skies you can imagine. Yes, we’re visited by incredible wildlife on an almost daily basis. BUT, it’s pretty damn hot at the moment and sometimes that can be a bit uncomfortable. OK, you can unsubscribe now.

Following a fantastic celebration to mark the successes on Race 6, the Subic Bay Yacht Club came alive once more…