Following a fantastic celebration to mark the successes on Race 6, the Subic Bay Yacht Club came alive once more to recognise the achievements of Race 7: The Lakewood Hills, Zhuhai Race on 5 March.

Sir Robin Knox-Johnston introduced the event to Leg 5 Race Crew, Race Crew Supporters and the Leg 6 crew who attended ahead of their forthcoming epic adventure. Opening the event he shared a message from the Zhuhai Organising Committee, saying: “Congratulations to all the teams on completing The Lakewood Hills, Zhuhai Race on behalf of our supporters, the Lakewood Hills and the Bank of China.We hope that you all enjoyed the race and achieved an unforgettable experience.” 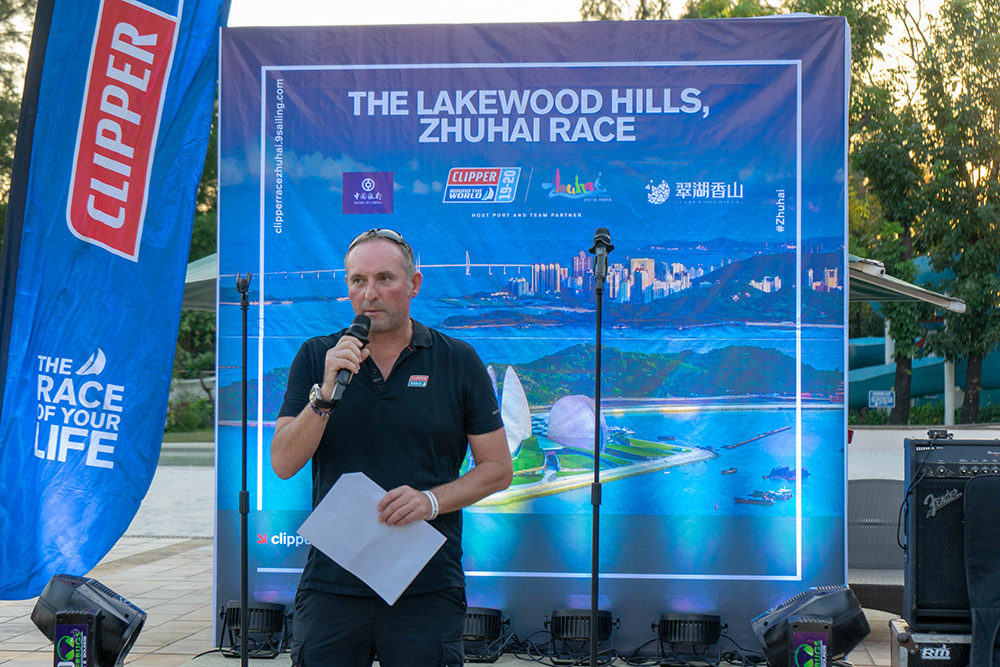 The Lakewoods Hills, Zhuhai Race was the second and final stage of Leg 5, a ten day tactical offshore course, which saw multiple opportunities to collect bonus points along the route. Race 7 saw the fleet head north from the Philippines, across the Luzon Strait and around the western most cluster of the Japanese Ryukyu Islands. The teams then raced downwind, east of Taiwan, and battled against the notorious Japan (Kuroshio) Current, which flows north and east of Taiwan, before heading back to Subic Bay. For the first time in the Clipper Race, two scoring gates and two Dell Latitude Rugged Ocean sprints were included in the route, making for an exciting Prizegiving Ceremony.

Mark Light, Clipper Race Director announced the total raised for Unicef UK has totalled £257,172.39 and counting. The Charity Champion for the leg has been crowned Andrew Cowen from GoToBermuda, who is completing Leg 5, 6, 7 and 8. Andrew has been very creative in his fundraising efforts and designed, produced and has been selling special GotoBermuda socks far and wide. He has sold roughly 200 pairs. In total, he has raised just over £3,000 to date. 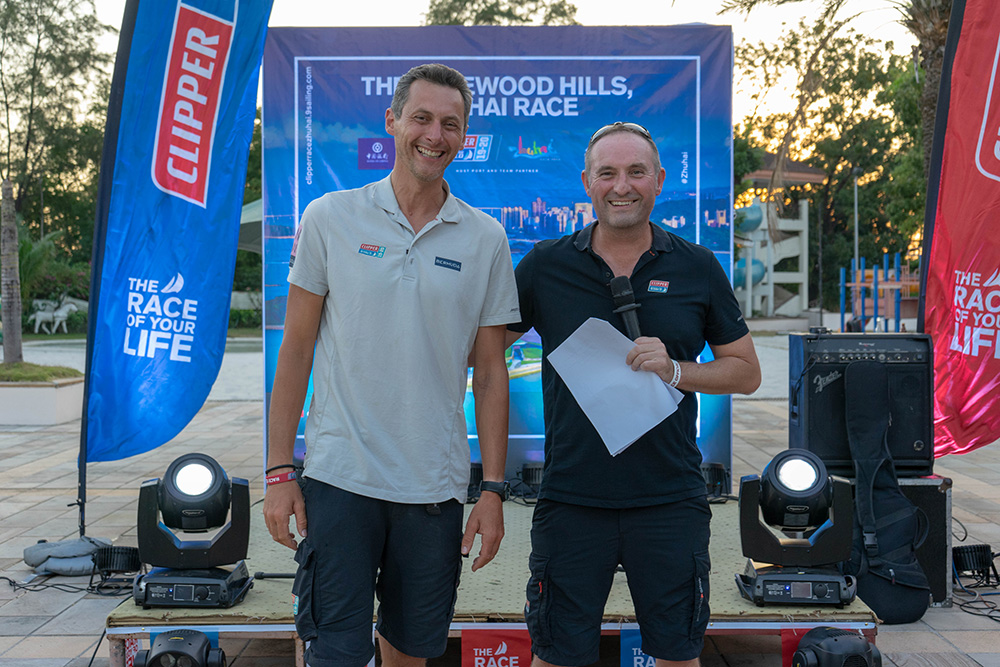 The Media Prize is awarded per leg for the very best blog, video or photograph. We’ve had a high standard of videos and photos and we’ll be sharing these on our social media channels. However, the Leg 5 Media Prize goes to a crew member who summed up in his blog what it was like to cope with the extreme heat and sweltering conditions of the race from the Whitsundays to Subic Bay. The Leg 5 Media Prize was awarded to Danny Lee from Unicef. 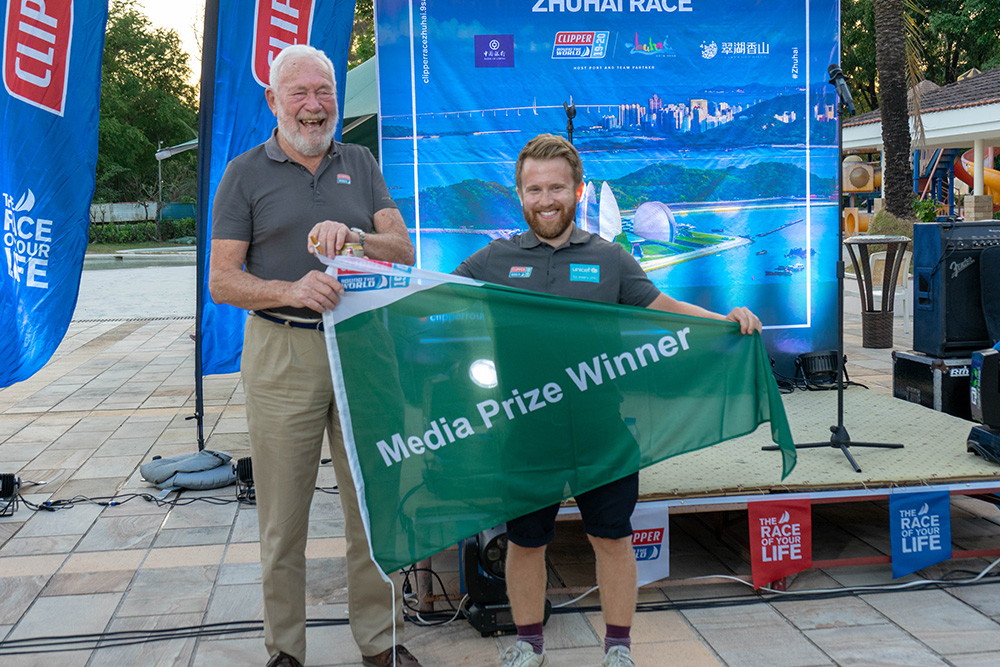 Wind and weather conditions contrived to present the opportunity for a team to pass through the eastern gate, gaining bonus points and then gybe, head due west and then pass through the western gate, thereby scooping up even more bonus points. Praise was given to Qingdao, the first team to reach the Scoring Gate East. Cheers followed for Unicef, which crossed in second place and Visit Sanya, China celebrated collecting a bonus point, having crossed the scoring gate in third.

The same three teams were congratulated for doubling their bonus points after they all gybed west and grabbed the second set of bonus points available.

Following a highly tactical race, the anticipated Dell Latitude Rugged Ocean Sprint results were shared. Having the option to compete for points in the south or north sprint, the majority of teams opted for the Dell Latitude Rugged Ocean Sprint North. The results were revealed to the eager crowd. In third place, adding one point to its tally was Visit Sanya, China, completing the sprint in 11 hours, 51 minutes and forty nine seconds. Second fastest was Imagine your Korea, completing the course 22 minutes faster. Taking gold and adding three points were a victorious Punta del Este. On the way back to Subic Bay, Qingdao and WTC Logistics competed for the bonus points in the Dell Latitude Rugged Ocean Sprint South. Scooping two points, Qingdao rejoiced, having finished the sprint in 22 hours, 35 minutes and 15 seconds. Celebrating, WTC Logistics added three points,completing the part of the course in an impressive 14 hours and 17 minutes. 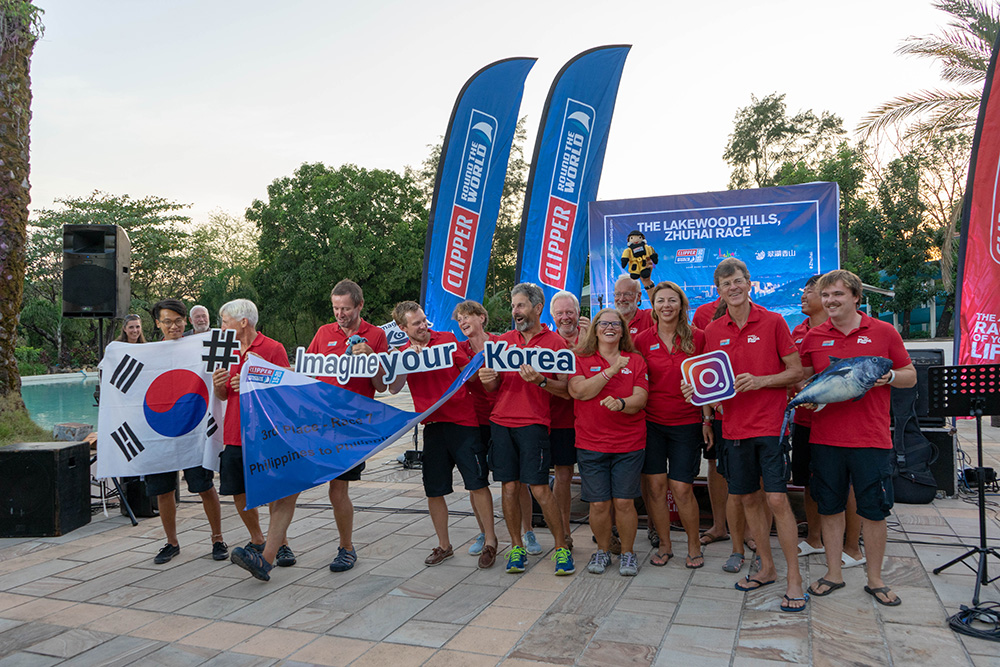 Honouring the teams who finished the race in first, second and third place, first up to the stage was Imagine your Korea to receive the third place pennant after a fantastic race and third podium position to date.

Next up to receive their pennant was Unicef, a third time on the podium for the team, a victorious crew rejoiced coming second in a highly competitive race. 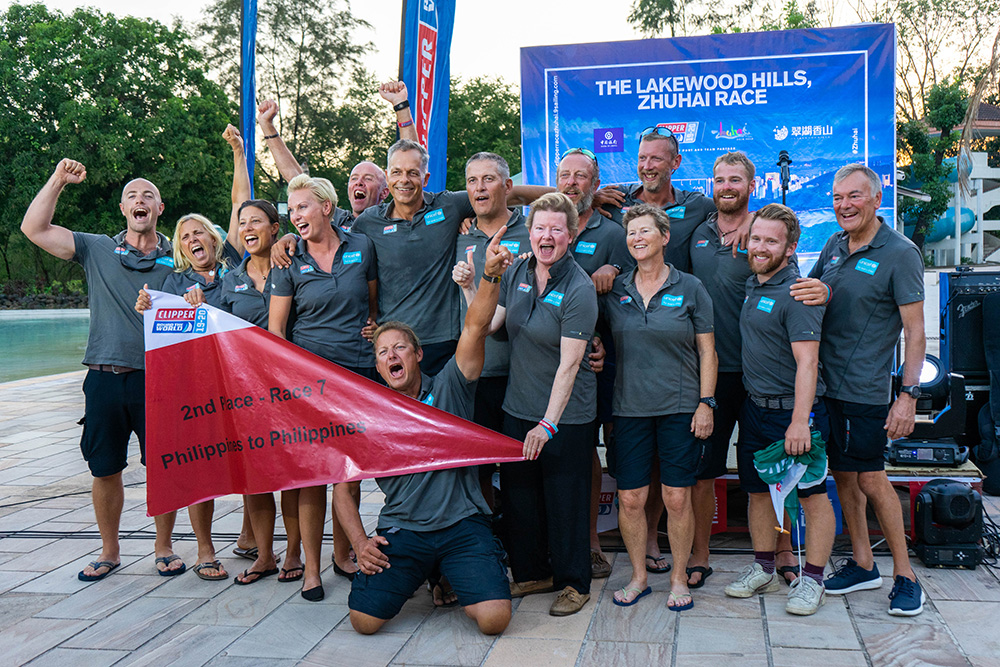 Qingdao held off stiff competition from Unicef but finished the race victorious so graced the stage to receive gold for a fourth time in this race edition. 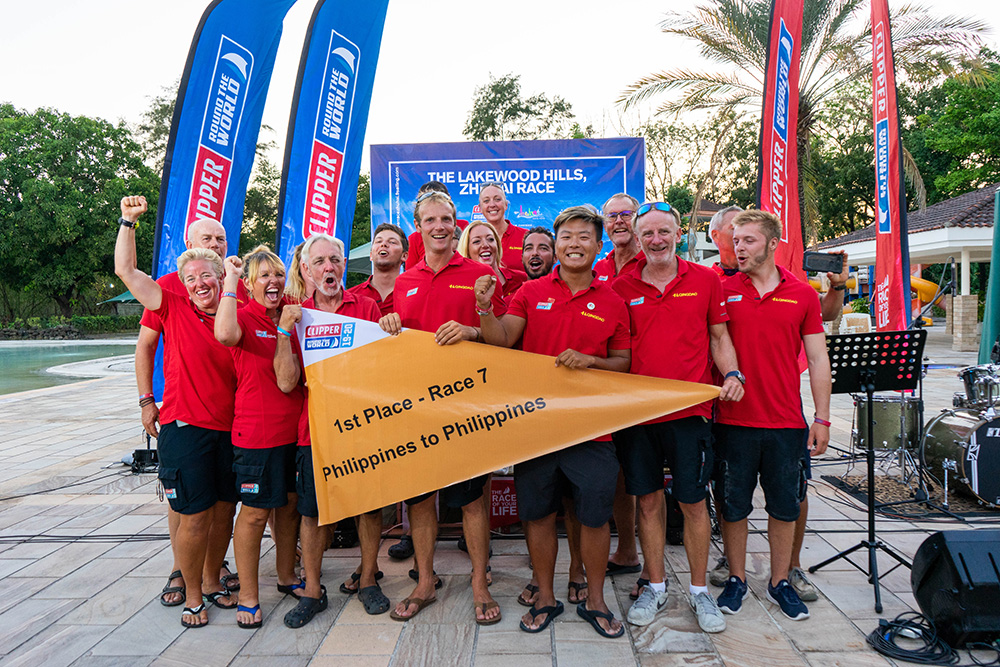 Race Crew who have completed Leg 5, and whose journey with the Clipper Race comes to an end in the Philippines, were invited to the stage by Race Director, Mark Light to congratulate them. 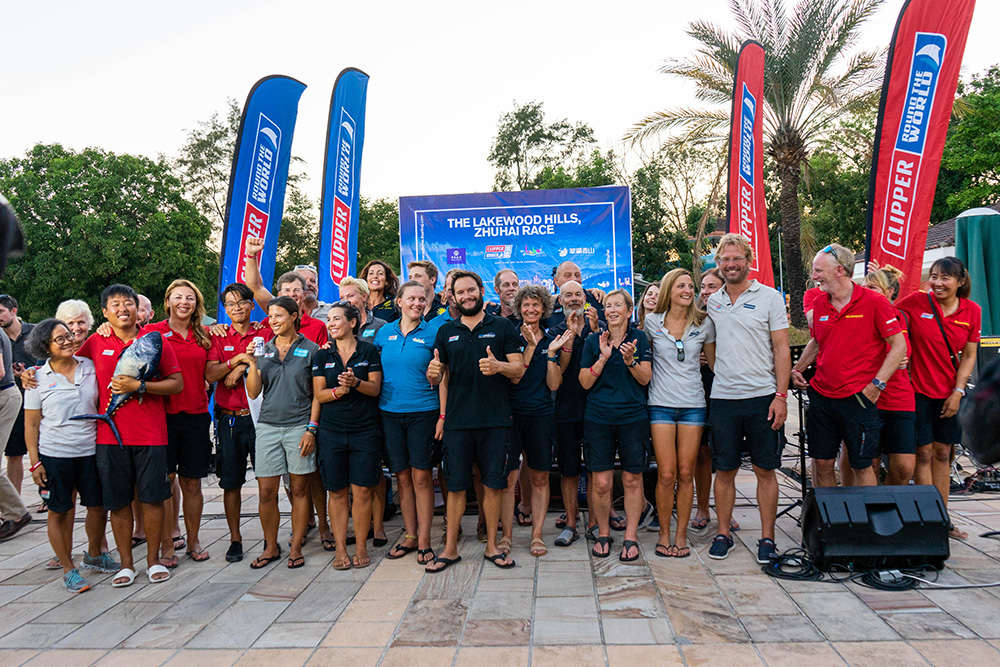 IMAGE: Congratulations to all Race Crew who have completed their journey and are leaving the race in Subic Bay.

The Leg 5 crew celebrated well into the night with the help of a band delivering 80s and 90s tunes to the party. The fleet will be berthed in Subic Bay Marina until the start of Race 9, offering the crew a chance to relax and prepare for the next part of the epic race.

Qingdao retains its place at the top of the overall leaderboard with its fourth win of the Clipper 2019-20 Race so far. The team will also collect an impressive six bonus points from the Scoring Gates, during this highly tactical Race 7: The Lakewood Hills,…

After the sought-after positions on the podium were taken by Qingdao, Unicef and Imagine your Korea respectively, the remaining positions…