A mixture of excitement and anticipation built as more than 400 Race Crew and over 200 Race Crew Supporters arrived at Portsmouth Guildhall for the event, which was also streamed live around the globe via the Clipper Race website. 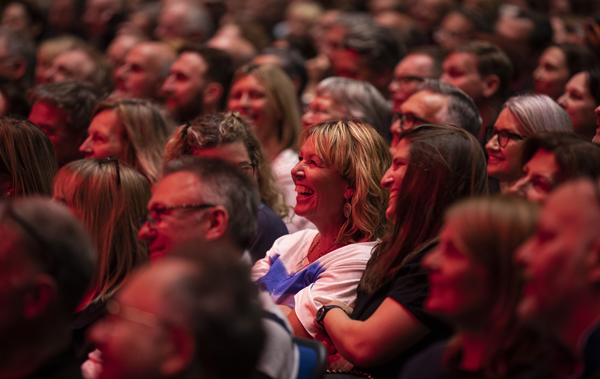 Speaking at the start of the day, Clipper Race Crew member Jasper Van Der Hoek, a 32 year old Software Architect from the Netherlands, will be taking part in Legs 6, 7, and 8 says:

“I really wanted to sail across one of the big oceans, I’ve been looking forward to that for a really long time.

“It’s just amazing to see how many people are here. I was expecting a big crowd but seeing this many excited crew is a really great experience. It makes it real. I’m so nervous but can’t wait to find out who I will be sailing with.”

A truly diverse bunch, Clipper 2019-20 Race Crew range in age from 18 to 76, with some 44 nationalities represented from countries including Argentina, Germany, Spain, Iran, America, France, Australia and Russia. 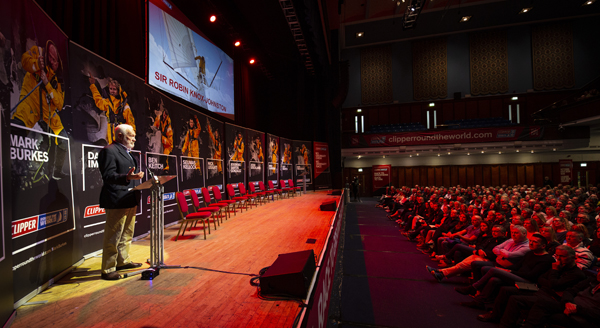 Opening the day, Clipper Race Co-Founder and Chairman Sir Robin Knox-Johnston, who was the first person to sail solo, non-stop, around the globe 50 years ago, said: “Racing around the world is not easy. That’s why more people have climbed Mount Everest than circumnavigated the globe.

“I want this to be the great experience of your life; I want you to be able to say this is the best thing that you have done with your life - so far. Then I will know we have broadened your horizons. Don’t paint your life in pastel colours. You only have one life, make it bright.” 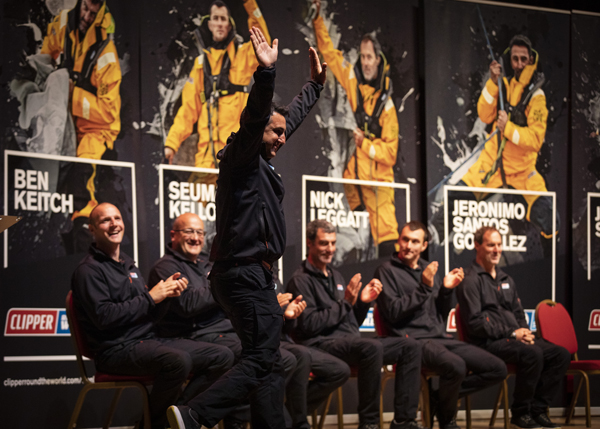 The real highlight of the day, however, was the great team reveals. Each of the eleven Clipper Race Skippers took to the stage to announce which of the intrepid Clipper Race Crew will be part of their team for the upcoming circumnavigation.

Following this excitement, Race Crew gathered into their respective teams and along with their Race Skipper and AQP (Mate), began to make strategic decisions that will form the foundations of their year-long team campaigns.

Before heading off with their new teams to celebrate one of the major Clipper Race milestones, the Race Crew in attendance gathered on the steps of Portsmouth Guildhall for the ultimate family photo.

To see more from the day, head to the Crew Allocation Gallery.

A trio of announcements have been made by the Clipper Race today regarding its upcoming 2019-20 edition including a new Host Port Partner, as well as a team entry and its Skipper.Organisers have revealed its epic 40,000 nautical mile route will include a stopover in…

As excitement builds for almost 700 Clipper 2019-20 Race Crew ahead of Crew Allocation Day on Saturday, we thought it…