As excitement builds for almost 700 Clipper 2019-20 Race Crew ahead of Crew Allocation Day on Saturday, we thought it was the perfect time to reveal the professional Mates, otherwise known as Additional Qualified Persons (AQPs), who will be supporting the Race Skippers in leading the eleven teams.

The AQPs, who range from 21 to 52 years old and are from the UK, France, Spain, Germany and Canada, have together accumulated over 200,000 nautical miles in their log books. In addition to supporting their teams of approximately 60 crew, with up to 22 crew on board at any one time, the AQPs will assist with the coaching and development of Clipper Race Crew as they race around the world .

Here is a short introduction to the eleven Clipper 2019-20 Race AQPs:

Ryan Barkey has spent the last six years in the sailing industry since moving from Ontario, Canada, to South Africa to acquire his Yachtmaster licence. Since then he has racked up in excess of 30,000 nautical miles and most recently has been based in Airlie Beach, Australia, as skipper and engineer for ex-maxi racing yacht, British Defender. His most memorable moment at sea to date is his first ocean crossing from Rio de Janeiro to Cape Town, but he is looking forward to accomplishing the dream of racing from South Africa to Australia and experiencing the Roaring Forties. Ryan enjoys going off the beaten path and exploring places few people have gone before. Whether it be freediving, spearfishing, snowboarding, hockey, downhill biking, or rock climbing - pretty much any extreme outdoor sporting activity is on his list 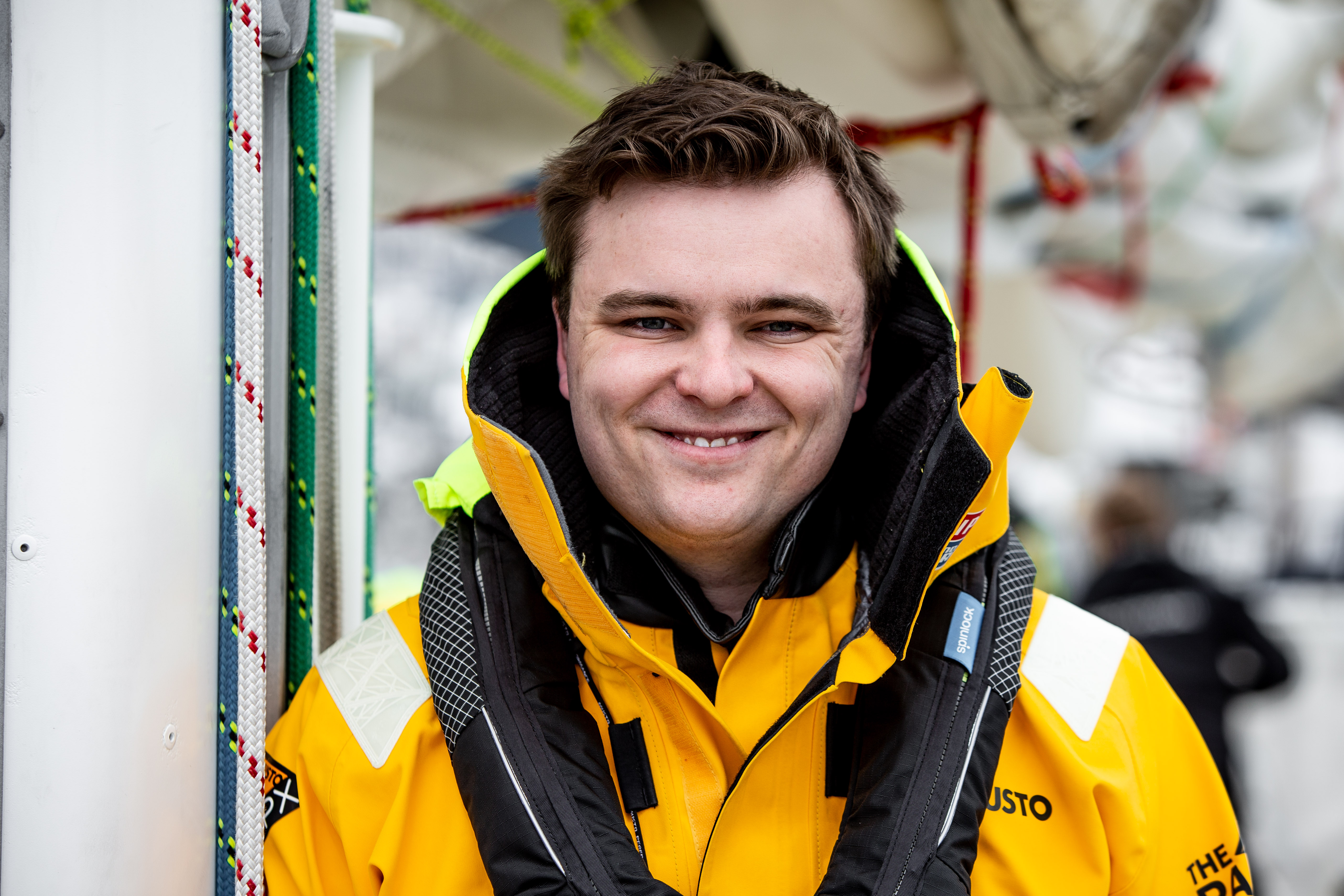 Sam Cooper has been sailing since he was seven. He became fascinated with the sport after reading ‘Swallows and Amazons’ and went on to complete numerous RYA courses. Sam then joined the cadet fleet at Frensham Pond Sailing Club where he sailed for six years. Since then, he focused on keelboat and yacht sailing, both in the Solent and offshore in JOG and RORC events, as well as becoming a dinghy instructor. Sailing aside, Sam is a professional mariner, holding an MCA Officer of the Watch Unlimited CoC and has worked as a Second Mate (Navigational Officer). Within this role he has sailed all three major oceans, including two circumnavigations via the Suez and Panama Canals, but is now looking forward to doing so under sail. Sam is also an outdoor sport enthusiast, be that skiing, mountaineering, cycling or walking. And in good news for his team, he is also a keen cook!

With a dad in the Navy, there was no avoiding boats for a young James Finney and in his own words he started out “as an unhappy passenger being used for ballast.” He started to learn to sail on his own from the age of ten and went on to be a dinghy instructor. After completing his Professional Yachtmaster Ocean qualification, he completed two seasons in Greece, out of Vounaki. James says that two adventurers he greatly admires are Sir Ranulph Fiennes and Pete Goss. He says “if I could do half as much with my life as either one, I’d be pretty pleased.” The Southern Ocean is the one he is most looking forward to crossing as it’s a ‘mythical place for sailors’ and can’t wait to experience it himself. Aside from completing the full circumnavigation, James is most looking forward to getting to know his crew and creating a happy, cohesive team. 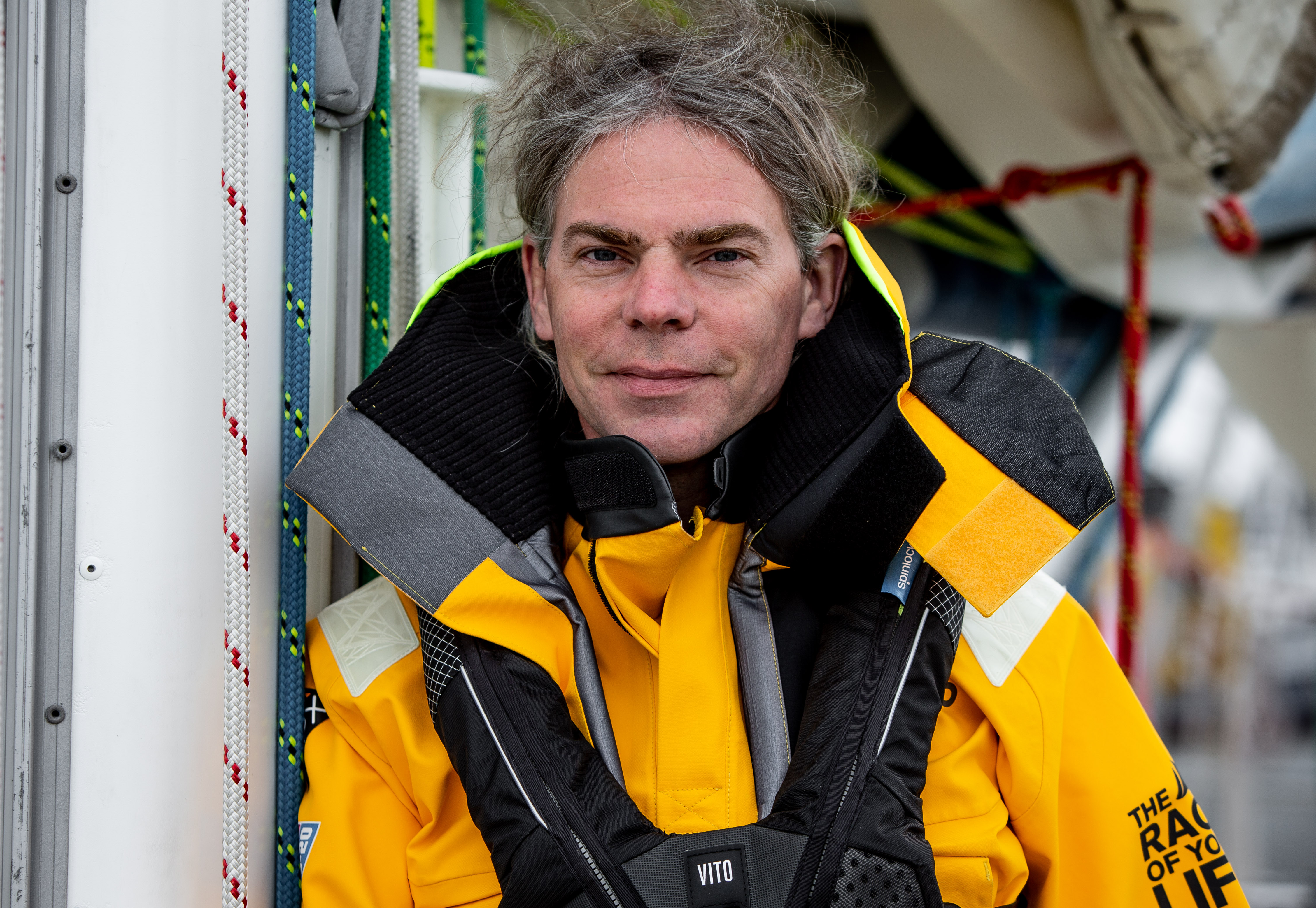 Fabian really has his son to thank for his upcoming adventure as an AQP on the Clipper 2019-20 Race. When in his mid-thirties, Fabian began sailing with his then eight-year-old son and taught himself, via trial and error, how to sail a dinghy. The experience completely hooked the German and he has gone on to cross the Atlantic five times and notched up 25,000 nautical miles to date. A keen follower of the Clipper Race Viewer in previous editions, Fabian is most looking forward to circumnavigating the world with a diverse group of people and sailing places he is yet to visit, especially China and crossing the Doldrums. When it comes to the team dynamic, Fabian would like to work with his Skipper to build a team that reaches goals in a professional but harmonic way. Away from the water, Fabian enjoys DJing, IT (he believes he would be a travelling IT expert if not a sailor), biking, hiking, kitesurfing, table tennis, and travelling. 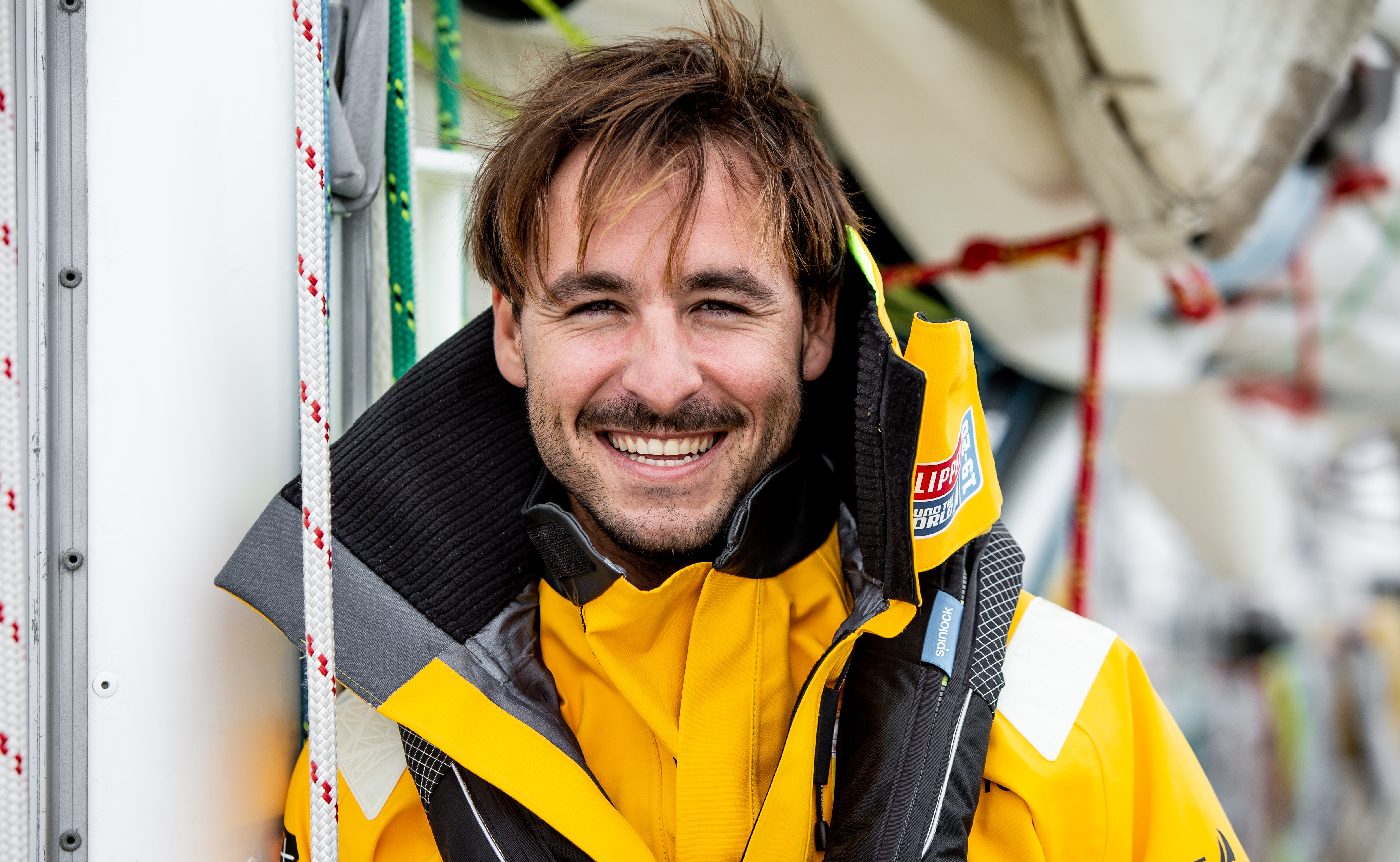 Jorge grew up sailing in his family’s boat sailing around the Mediterranean. He has fifteen years of experience sailing at a dinghy race school including 100 races as a skipper. He has competed in offshore regattas and notched up 20,000 nautical miles in his log book. He has delivered boats around the Mediterranean sea and also the Caribbean where his longest sail as a skipper was from Road Town in the British Virgin Islands to Bequia in the Grenadines. Aside from sailing, Jorge is a PADI Divemaster, soccer fan and has a keen interest in the stock markets. From his vast experience in offshore regattas he says he understands the mental, physical and emotional state that crew members may experience and is looking forward to being a leader and mentor onboard. Jorge cannot wait to start ocean racing and dreams of returning to the Clipper Race as a Skipper one day. 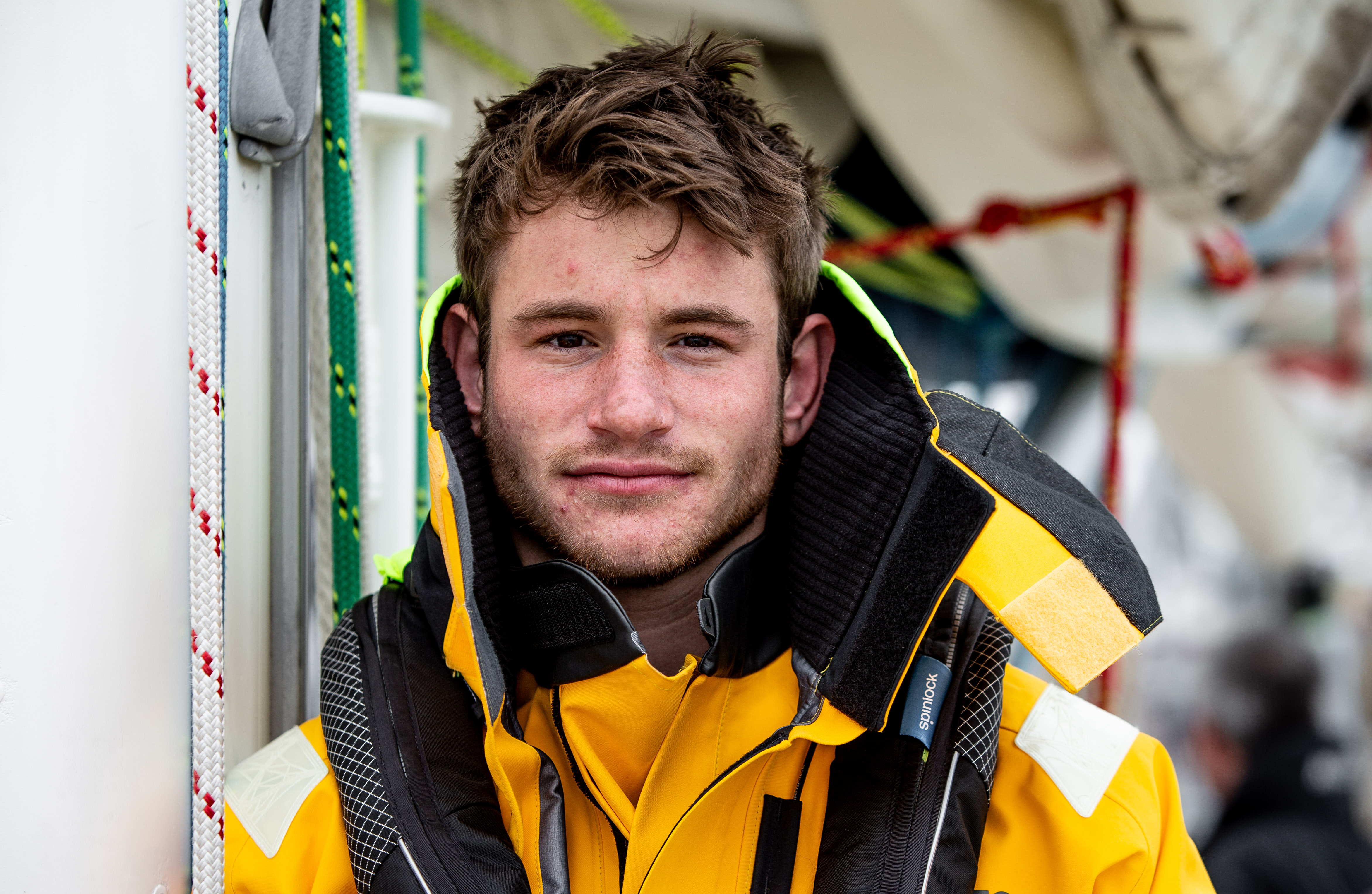 Dan will already be a familiar face to some, having worked as a Clipper Race Training Mate since September 2018. Taking up sailing at age six, the now 21-year-old has gone to race dinghies at a national level and has already notched up around 15,000 nautical miles in his log book. Even at school Dan knew he wanted to be a professional sailor. As soon as he was old enough, he became a Dinghy Instructor at his local club, teaching both adults and children, along with helping to coach the youth race team. In college, Dan enrolled in a two year outdoor leadership and education course and on completion of his studies, started teaching and skippering charter holidays in the south Ionian Sea. While the time in Greece taught him a lot, Dan wanted to be pushed further professionally, which led him to joining the Clipper Race as a Training Mate and now AQP. Dan believes achieving a circumnavigation in his early twenties will lay the foundations for a strong sailing career, and is also learning the ropes in order to be a Clipper Race Skipper in the future. 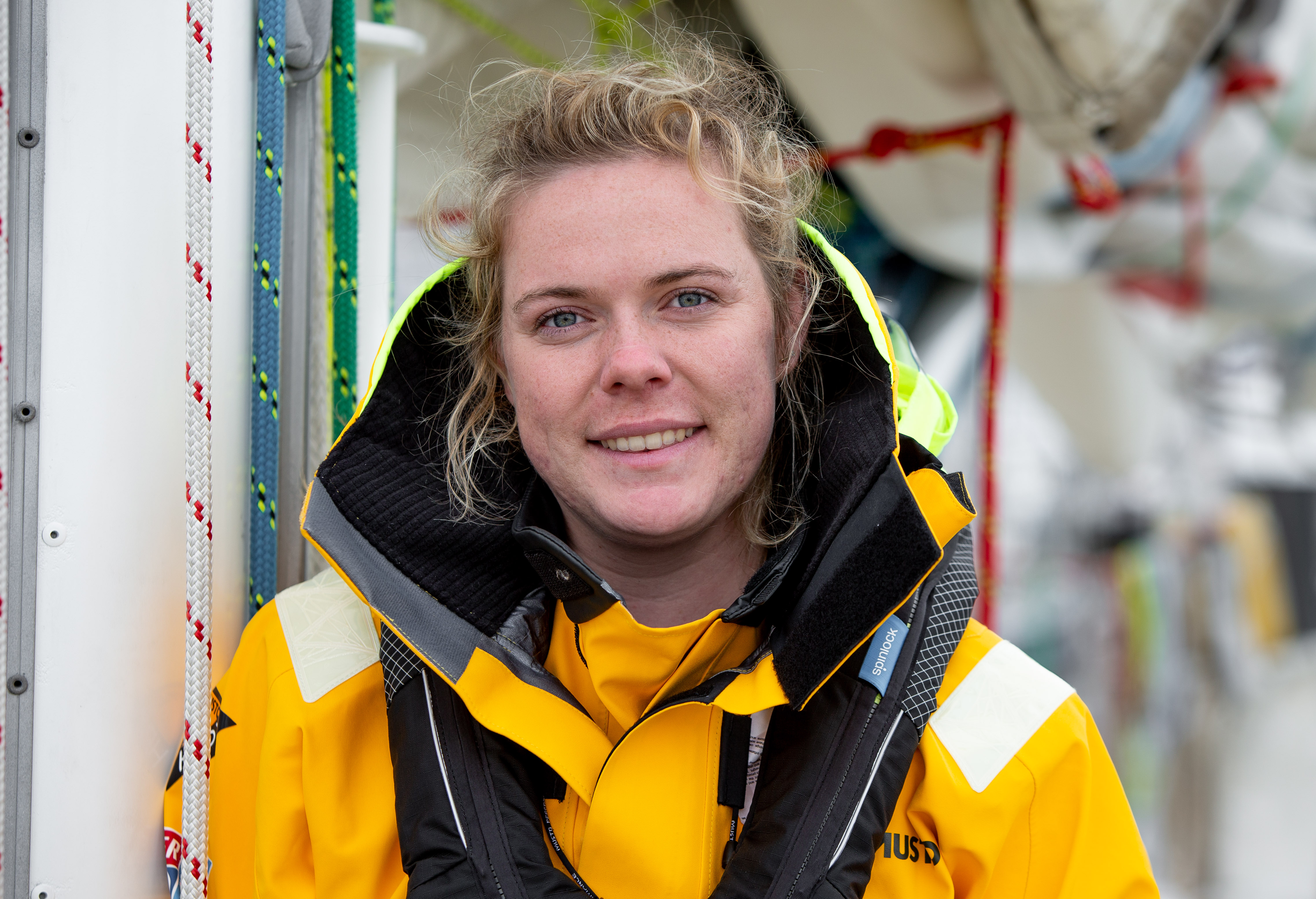 Rhiannon Massey is an experienced racer, beginning dinghy sailing at the age of seven. She has represented GBR at International Olympic class level and been a member of the RYA Podium Potential Squad. With both domestic and international match racing experience as crew and skipper, she is also a member of the RYA Keelboat Academy offshore squad. With over 8000 nautical miles in her logbook and vast racing experience, she will, as an AQP on the Clipper Race, add her first of many ocean crossings to her list of accomplishments. Outside of sailing, Rhiannon has recently graduated from Swansea University, completing her degree in Physical Earth Science. She enjoys the arts, wild swimming and has a keen interest in getting as many women and girls into sailing as possible. 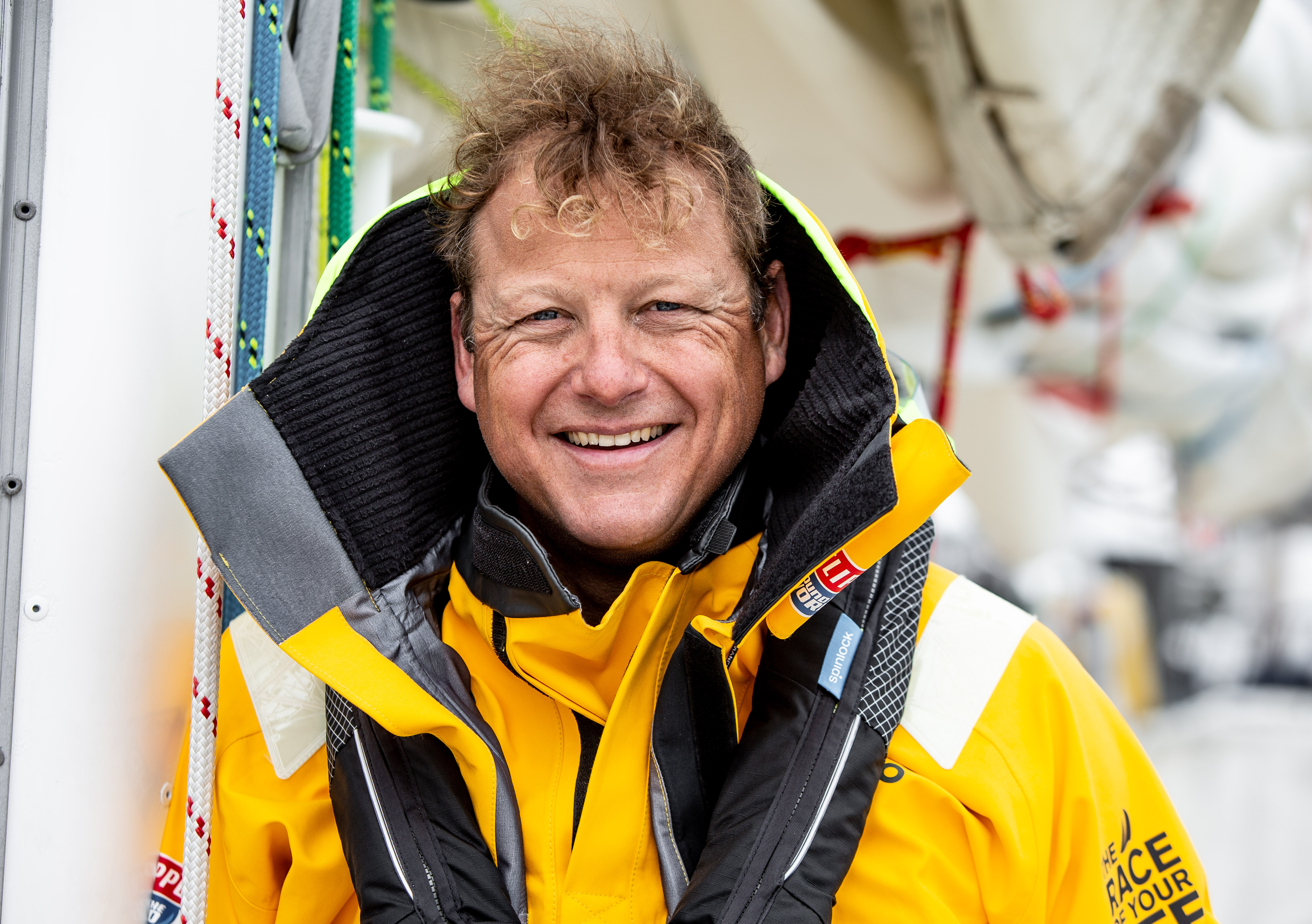 Mike Miller will be well known to many at the Clipper Race as he was crew and watch leader on the victorious Sanya Serenity Coast during the 2017-18 edition. On top of this circumnavigation he has also; crossed the Atlantic Ocean using only celestial navigation, competed in the South China Sea Race from Hong Kong to the Philippines, circumnavigated Bahrain, raced across the Arabian Gulf from Oman to Bahrain via the UAE and Qatar, and recently competed in the Hainan Round the Island Race in China. His mileage at sea totals 48,300 nautical miles. Despite having sailed all his life, having been inspired by his father and growing up in Singapore, it was taking part in the Clipper Race that he credits as changing his life. His eyes were opened to a second career in sailing after a successful 30 year stint in banking and as a business leader. His coaching experience not only spans business and sailing but also rugby, as Mike also was prop and coach for many years. He’s a cricket fan and skier and since the Clipper 2017-18 Race has added bird watching to his list of hobbies. 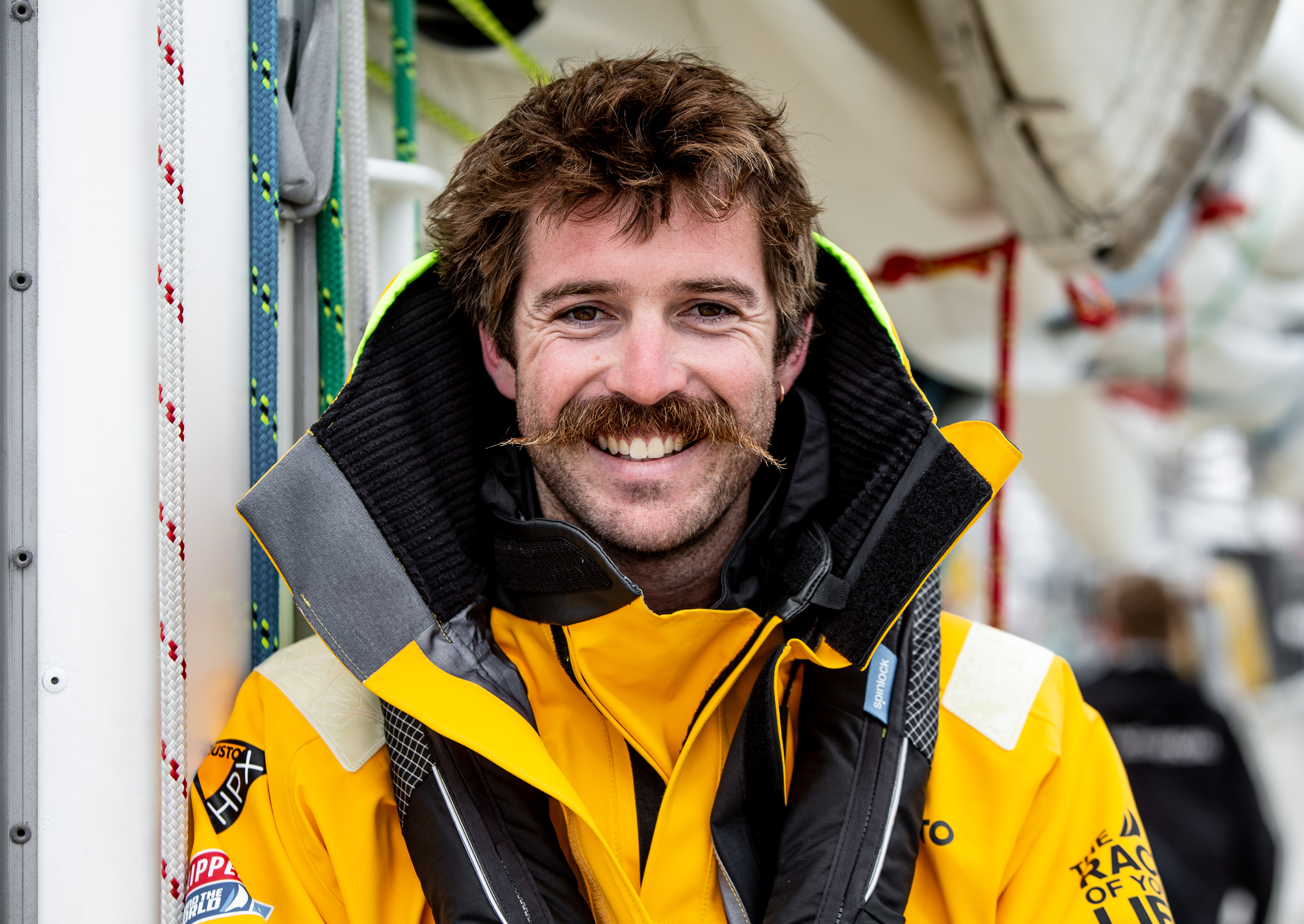 For Hugo, sailing around the world as an AQP with the Clipper Race is a dream come true. The Frenchman began sailing seven years ago and has been working full time professionally for the last two years, racing and carrying out deliveries and refits. He has over 17,000 nautical miles in his logbook and has learnt to roll with the punches at sea, even when being faced by pirates in the Andaman Sea. Fluent in both French and Spanish (as well as English), Hugo’s four years working as a Project Coordinator for the United Nations in places such as Haiti, Pakistan, Botswana and Chile means he is looking forward to working with the multinational Clipper Race Crew. It wasn’t just the ocean racing that attracted Hugo to the AQP role, but also the chance to teach. He spent several seasons honing his teaching skills working as a kayak and ski instructor, and says both experiences taught him how to observe and spot the different profiles and way people learn. 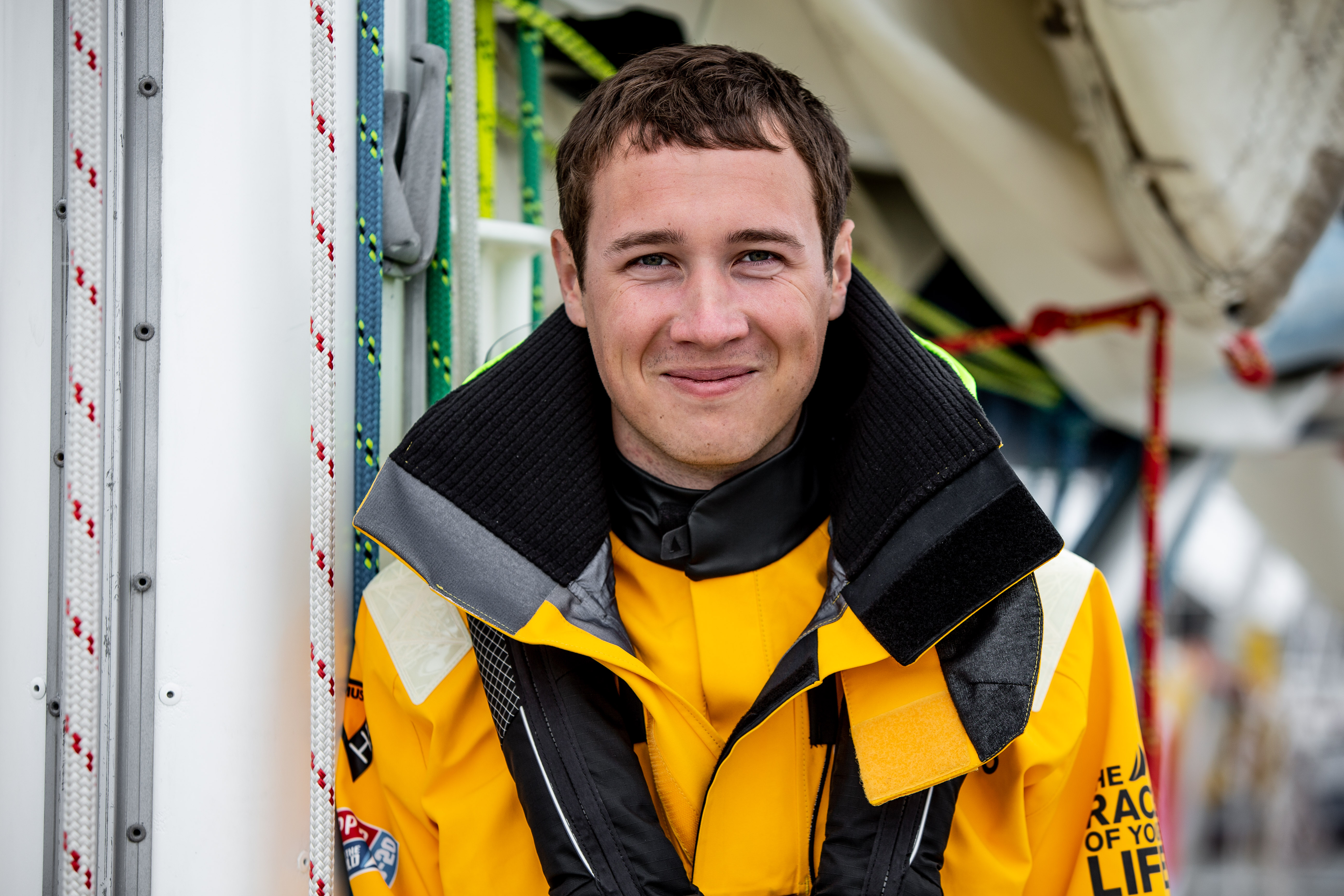 Hugues began sailing at the age of five during a family holiday and hasn’t stopped since. He spent time in the French Navy for his civic service and last year crossed the Atlantic Ocean. He has competed in many Tall Ships races and has lots of experience of sailing in the North Atlantic. The ocean he is most looking forward to racing across is the Pacific and is excited to sail into China. He believes the sea forges great human beings and can’t wait to work with his crew. With 15,000 nautical miles in his log book already, sailing is ingrained into his life and says ‘home is wherever the boat is’. A perfect sentiment for someone about to spend eleven months sailing around the world.

Stay tuned to find out which team each of the AQPs will be allocated to, and follow their story as the Clipper 2019-20 Race gets underway this summer.

The Clipper 2019-20 Race is set to be the biggest yet in terms of Chinese involvement and with Crew Allocation just around the corner, it’s time to meet the Skippers who will be leading Qingdao, Visit Sanya, China and Zhuhai.The Qingdao team will be led…

Unicef UK has been announced as a team entry in the Clipper 2019-20 Race. This will be the third consecutive edition in which a Unicef UK yacht will take to the water and fly the flag for the world’s leading organisation working for children in…