Fourth placed Derry~Londonderry~Doire narrowly missed out on the top three, crossing the finish line at 0241 UTC, just 24 minutes behind Da Nang – Viet Nam. The main aim for Skipper Daniel Smith and his crew was to gain some points on LMAX Exchange in the overall leaderboard, and by finishing one place ahead of its rival, the gap between the pair at the top of the table is narrowed to six points with one race remaining.

“We were sailing very close alongside LMAX Exchange for the first half of the race and then we became a bit more spread out, one of the goals of this race was to finish as far in front of them as possible we managed to finish in front of them and beat GREAT Britain which is great. The gap is closed and we are heading in the right direction. For this team, not everyone had been on the podium so doing well in Derry-Londonderry and experiencing that achievement has really helped push people on. One big push to the end and we’ll be home,” Dan said once alongside in Den Helder.

“It was a tricky race. I have only been over the top of Scotland sailing a couple of times so I didn’t really have any local knowledge there at all, I think I was probably on par with everyone else. There was always something happening on this race, every time the boat got set up something changed, it was a very stressful race, a busy race for the crew and myself, keeping things moving,” he added. For Derry~Londonderry~Doire’s near rival LMAX Exchange finishing just one place behind was a welcome result. Skipper Olivier and his crew crossed the finish line at 0419 UTC.

“A short race doesn't mean an easy race,” said Olivier. “During the four full days of racing we felt the tension on board. From the proximity of the coast, the constant fight against boats just by us, the weather difficulties from strong wind to wind holes, and highs and lows in our performance.

“Crossing the finish in fifth position, just behind Derry~Londonderry~Doire is a good result for the LMAX Exchange. We worked hard for that and now deserve a good rest in Den Helder.” Throughout the fleet, pressure is on to secure the best possible final result in the Overall Race Standings. Having held off Garmin, which is nipping at its heels for the third podium place in the overall leaderboard, GREAT Britain Skipper Peter Thornton was relieved to have also increased the team’s lead slightly to seven points.

“I think I can honestly say that was the most frustrating and nerve-racking race yet! After a strong position of third across the top of Scotland, it all went a bit pear-shaped. We found ourselves leaving the Pentland Firth in last position and of course our rival Garmin ahead of us – well, until she got stuck in an evil eddy, which was a little bit like seeing someone broken down on the side of a road in north Wales in winter,” Peter reported after completing Race 13.

“However, I'm very pleased that we stayed focused, put the effort in and managed to climb our way back up though half the fleet. Garmin took the opportunity for a bit of an easterly flier to catch up and it very nearly paid off. Needless to say, that caused us some serious dread with every sched that came through, right up until the end!” he continued.

“Yacht racing around the UK? I've decided that it's all luck, guess work and stress! Of course it's the opposite if you win so well done Visit Seattle, PSP Logistics and Da Nang – Viet Nam!” Ash Skett, the Skipper of seventh placed Garmin added: “As expected, it was a very varied race which had a bit of everything. At times, it was extremely frustrating when we lost a lot of ground in the Pentland Firth due to misjudging the tides.

“It was another close competition with GREAT Britain as we neared the line, but its better wind angle gave it the edge in the end and it pipped us by just a few miles, so well done to Skipper Peter and crew. The bigger concern at the end was in fact Unicef which suddenly appeared from nowhere and made the closing stages extremely nervous from our point of view. Happily we were able to just hold them off and cross the line just a few hundred meters ahead,“ Ash added, having recorded a finish time that was just three minutes faster than Unicef at 0625 UTC and 0628 UTC respectively.

“The result for us is disappointing but not so bad when you consider where we were in the fleet just a few days ago. The crew did brilliantly, they never let their heads drop and we were able to regain some lost ground and avert complete disaster. There is a definite buzz around the boat with race finish so close. We have been looking forward to these moments for a long time and you can rest assured that Garmin will be celebrating in style over the next week or so!” Eighth placed Unicef is the final arrival of the morning in Den Helder, where the crew has been greeted with zoute haring- uncooked herring eaten whole with chopped onions - an acquired taste for foreigners, as well as a shot of Jenever - a local spirit made with juniper berries, and often called Dutch gin.

After finishing the Den Helder Northern Seas Challenge, Unicef Skipper Martin Clough said: “That was the best course of the race! The Unicef team has raced extremely well and the position sadly does not reflect the input. Congrats to Huw and the Visit Seattle team! Time to get the bike re-rigged for those Dutch hill climbs!” Mission Performance Skipper Greg Miller said: "This has been a very frustrating race for Mission Performance and me as skipper. We have seen a few mistakes, some very costly in the race standings. On the plus side, we have seen some amazing scenery and sailed some waters I have never sailed before, plenty of wildlife and varying conditions."

Next in was ClipperTelemed+, which finished in tenth place at 1659 UTC.

Skipper Matt Mitchell said it had not been the result the team had aimed for after a run of good results recently, but was still smiling upon arrival into Den Helder.

"This was an extremely frustrating race for us after having led for a part of it, and having been first through the Pentland Firth. However, sailing through the North Sea and into home waters is a good feeling, and the sunsets there with the backdrop of the oil rigs were really special, along with the scenery at the top of Scotland."

Qingdao followed ClipperTelemed+, after finishing in eleventh place at 1743 UTC.

Skipper Bob Beggs was pensive. He said: "Despite the result, I enjoyed the sprint round my home waters of the British isles, and it feels good to be close to home." 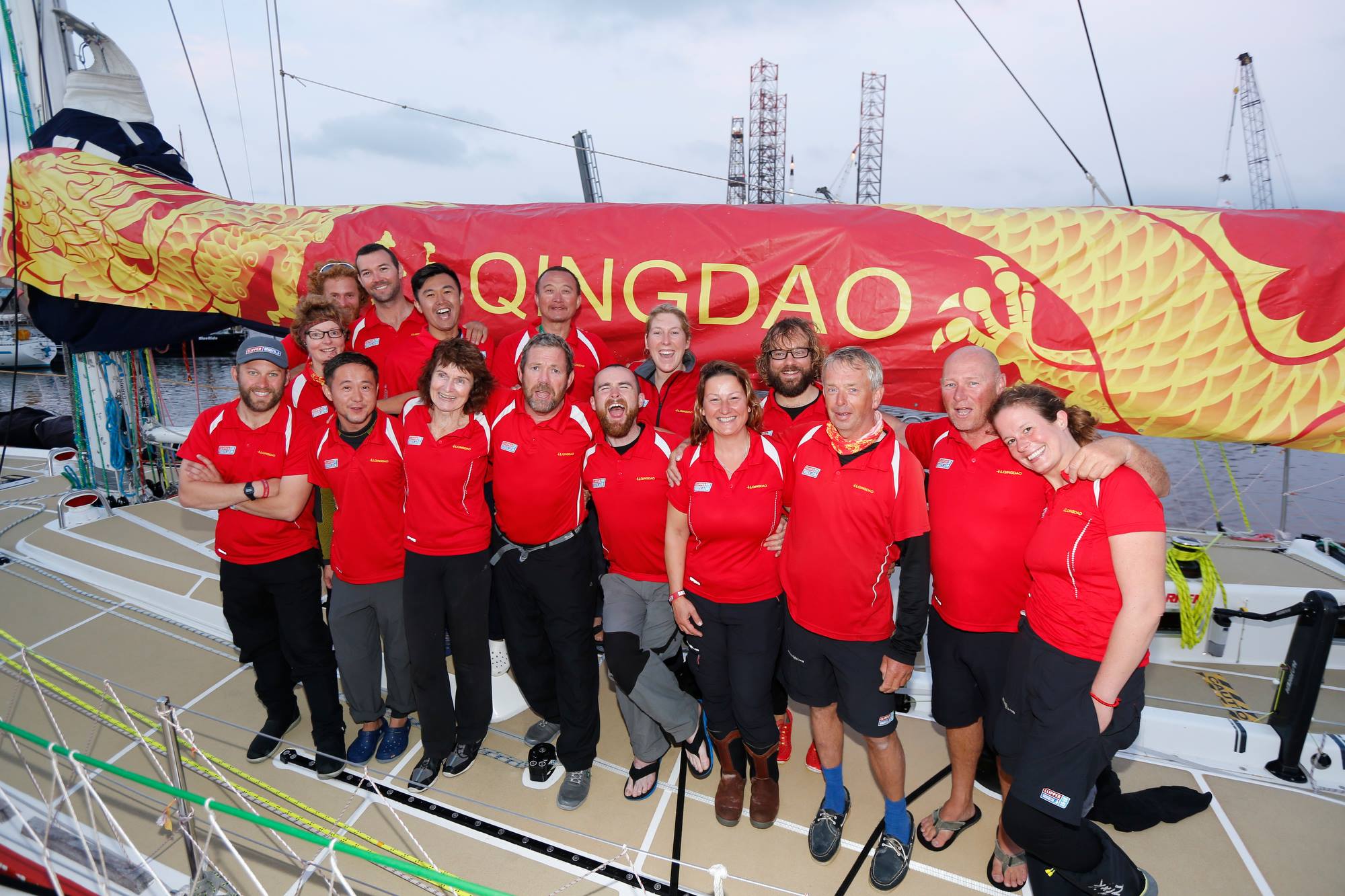 IchorCoal crossed the finish line at 1909 UTC in twelfth place.

Skipper Rich Gould reflected on the penultimate race as he crossed the line.

"After many laughs and smiles, but sadly not so much speed, we have crossed the finish line and are now inbound to Den Helder and looking forward to some Dutch hospitality. The whole team are ready to enjoy the final stop over of the series."

IchorCoal crew member Trudy O'Donovan said the race had been frustrating, but she and teammate Katarina Svedjefalt had enjoyed it nonetheless. 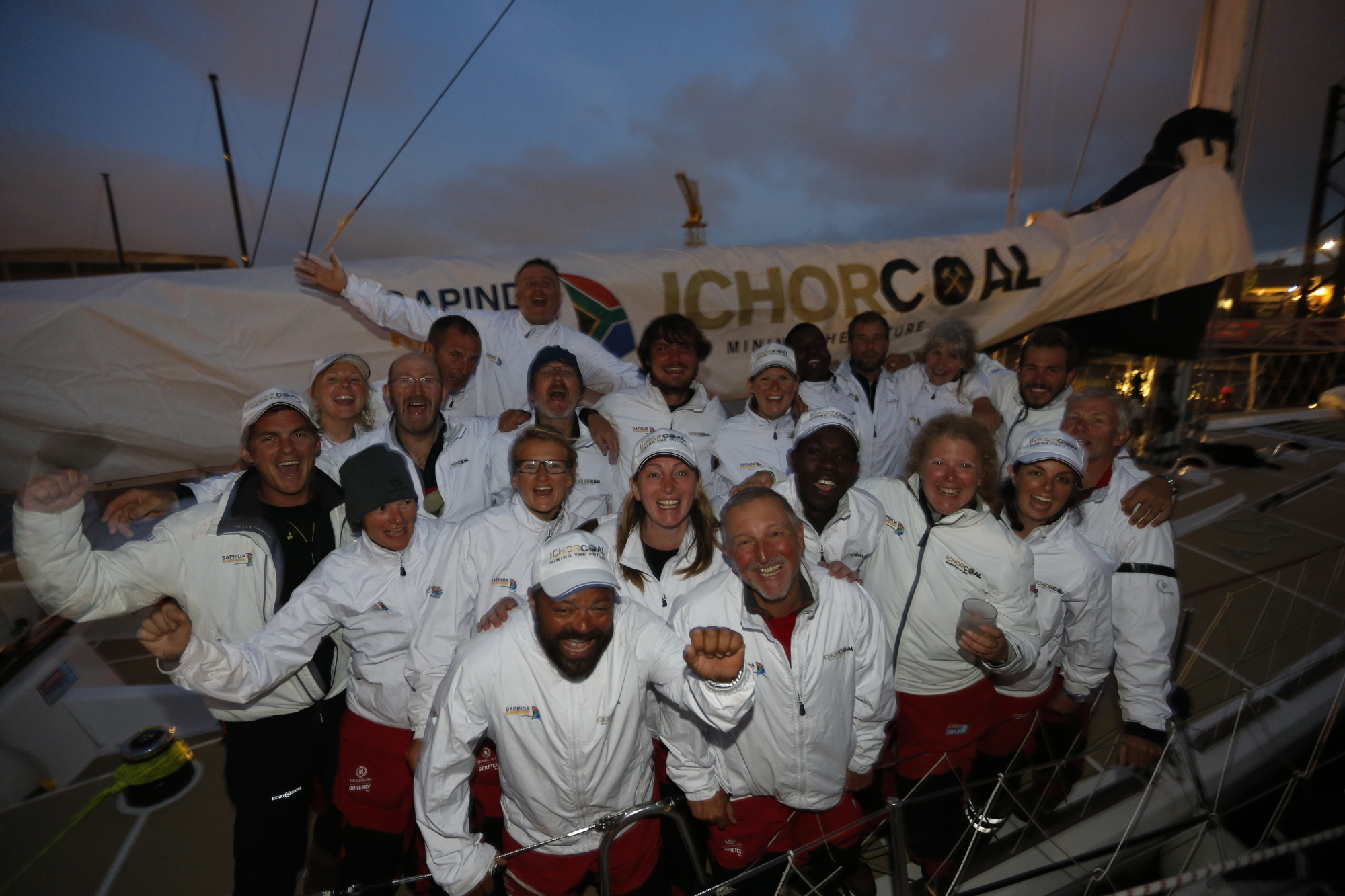 "The tidal gate at Pentland Firth was not fun to deal with, but other than a few kitemares, we enjoyed this race, and it was not tough compared to many of the previous races," Trudy added.

Following the Race 13 arrivals, the updated leaderboard is here.

Qingdao has completed the Dell Latitude Rugged Ocean Sprint section so the final results can now be revealed.The sprint was between 30°N and 27°N and the distance on the rhumb line across was approximately 205nm but only about 180nm if travelled directly north to south.As…

On 10 May, Qingdao will depart Schoonmaker Point Marina in Sausalito, bound for Mandatory Start Gate 1 in Race 11.Due…