Sir Robin and Suhaili have arrived in Falmouth ahead of the 50th anniversary celebrations planned on April 22 – the date the pair finished their 312 day record circumnavigation – the first solo and non-stop in history – which changed the sport of sailing forever. 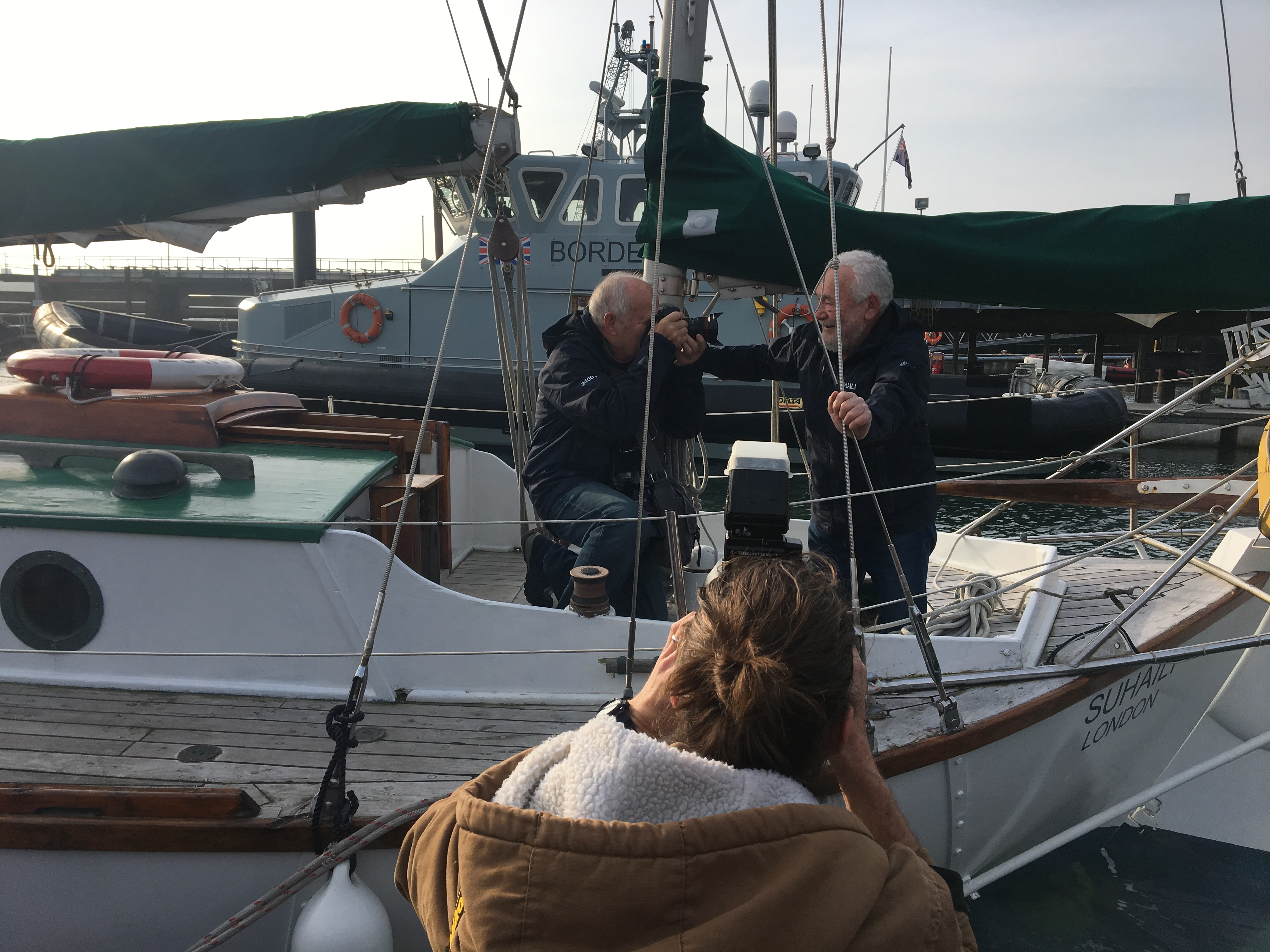 Joining Sir Robin on board Suhaili on the trip to Falmouth was another character who played a vital role in the history making voyage in 1968-69. Bill Rowntree, like Sir Robin, was just 30 years old when he was tasked by the UK newspaper the Sunday Mirror with covering the Golden Globe Race. and had no idea how big the job would become.

Bill, who is pictured photographing Robin in the banner image (Credit Solent News), explains: “About 50 years and a couple of months ago, a reporter and I got called into the see the Editor and he said: "Hello Bruce [Maxwell], hello Bill, this is Robin Knox-Johnston. He is going to sail around the world non-stop and single handed and you are going to help him on his way so off you go. After that, as they say, it was all history.” 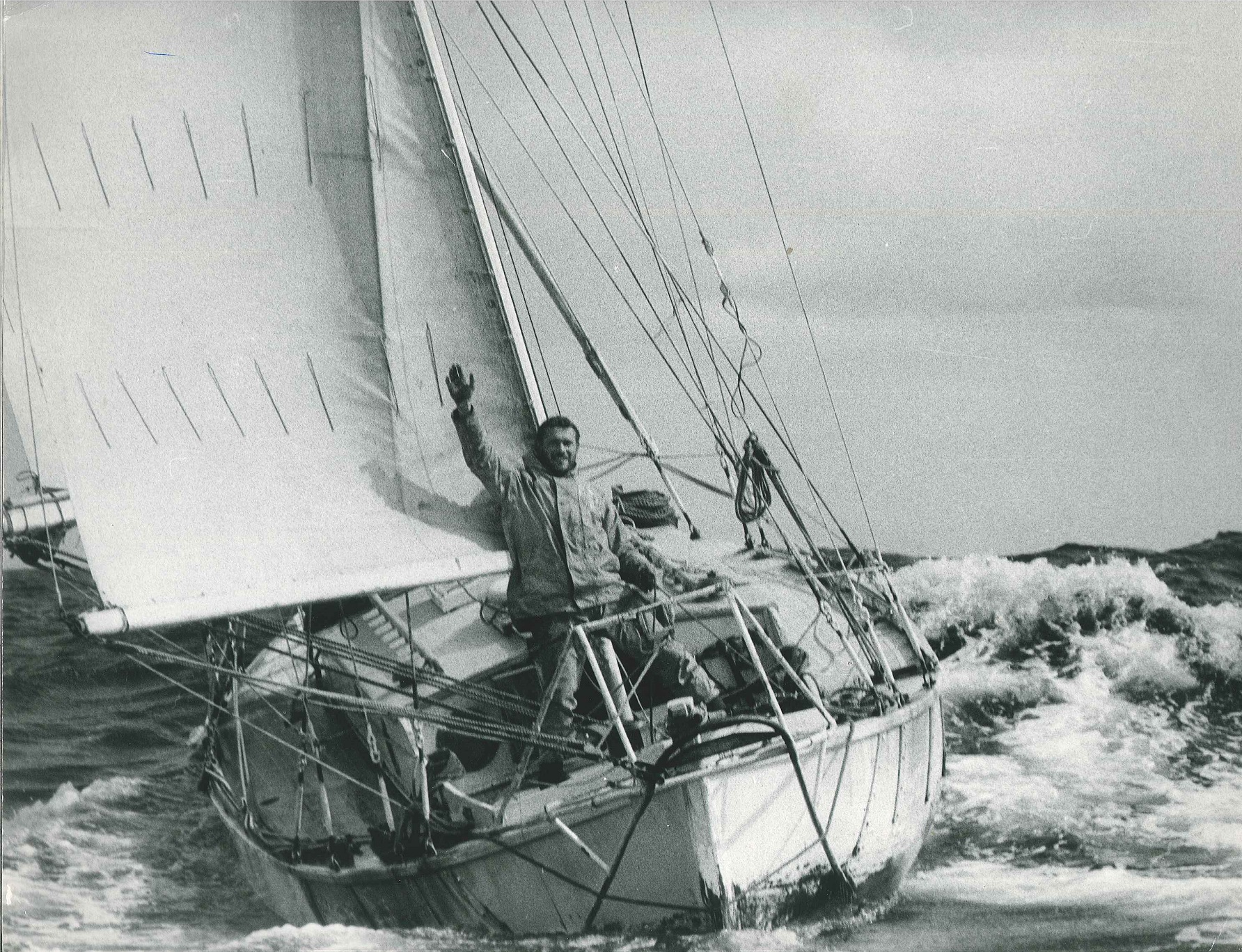 IMAGE: Bill was on the water to capture Sir Robin's triumphant homecoming in 1969. Copyright PPL

Bill’s photos, all shot for the Sunday Mirror, have become iconic and the firm friendship forged with Sir Robin, which continues to this day, allowed him to capture images that no one else could, from intimate scenes with Sir Robin’s family, to the incredible on-the-water shots as he made his triumphant return to Falmouth. 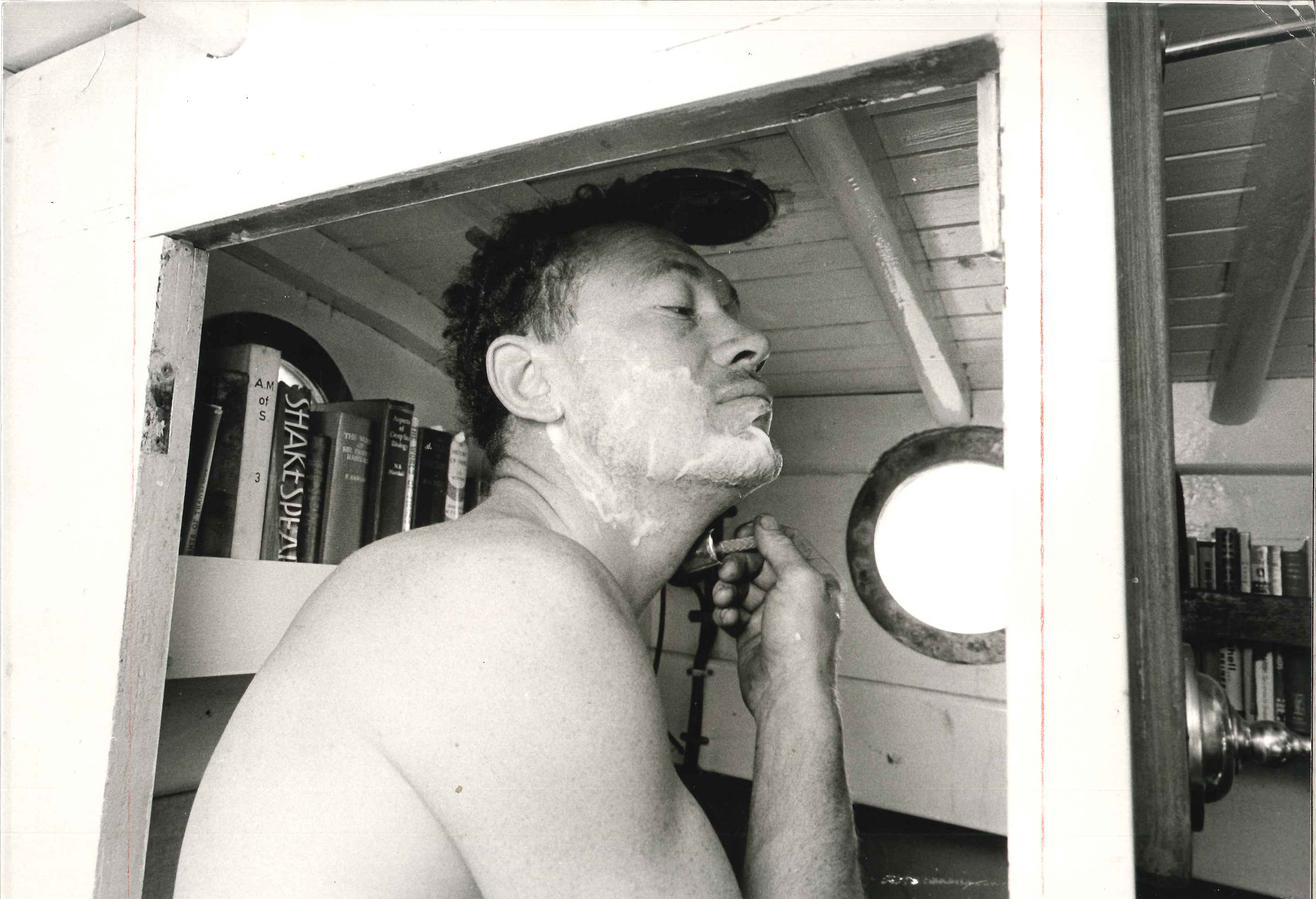 “I don’t think 50 years ago we ever realised quite how significant it was. Because when Robin got back, we didn’t realise that he was going to be the only one who did get back.

“At the time it was a job. I don’t think when Robin left anyone realised just how important it was going to be. We did it as a job and it was great fun. Robin is a fantastic man to work with, very helpful and very understanding when he realised that I didn’t know as much about yachting as he did!

“I feel very very lucky, very grateful, that I was there to record it and in some small way help him on his way. And provide the images to remember it by.” 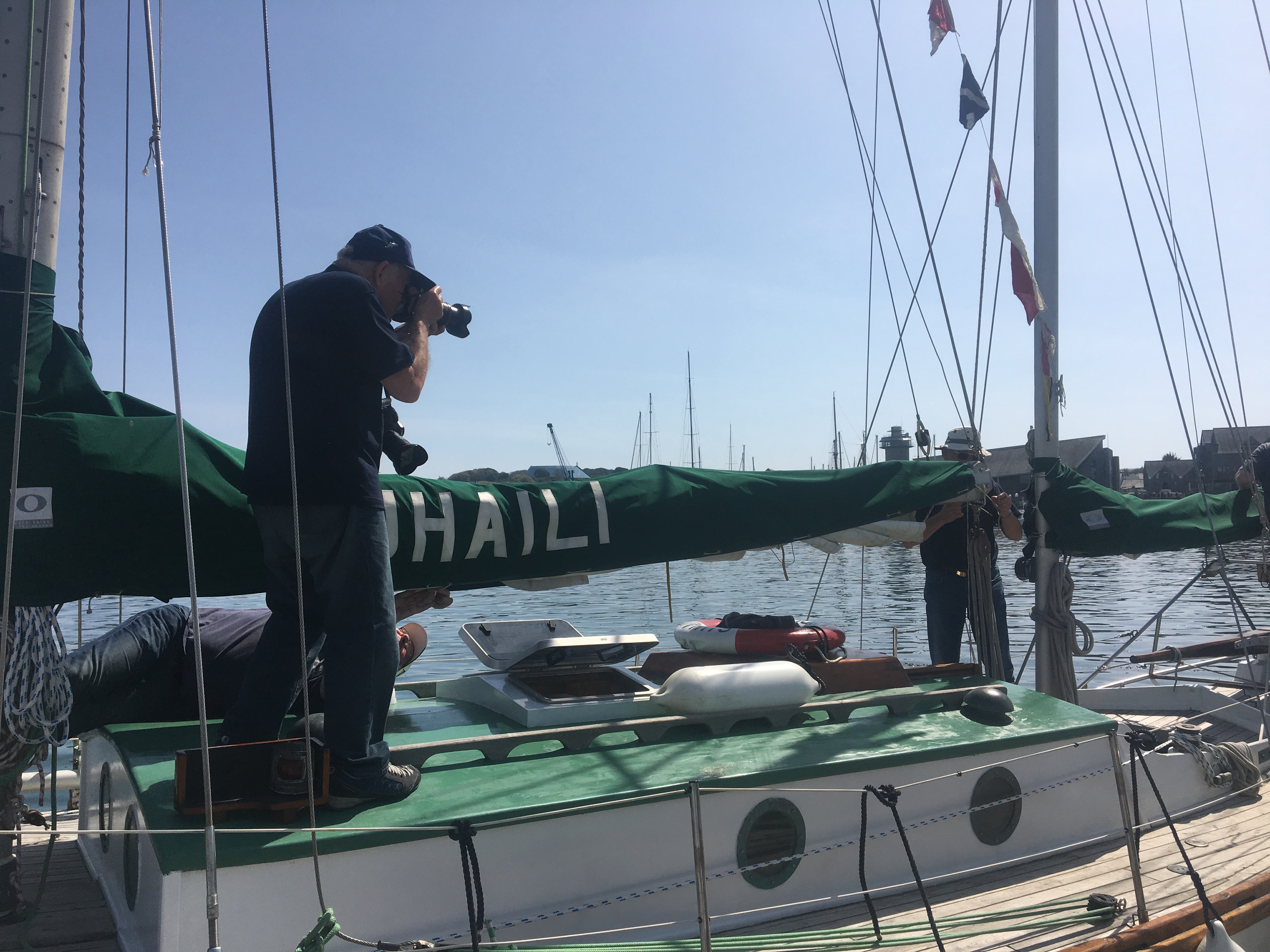 An exhibition of Bill's images and others recently unearthed from Sir Robin's home, are currently on display at the National Maritime Museum Cornwall. The exhibition runs until 1 September.

Click here to view a selection of archive images, most of which were taken by Bill, from Sir Robin's Golden Globe journey in 1968-69. 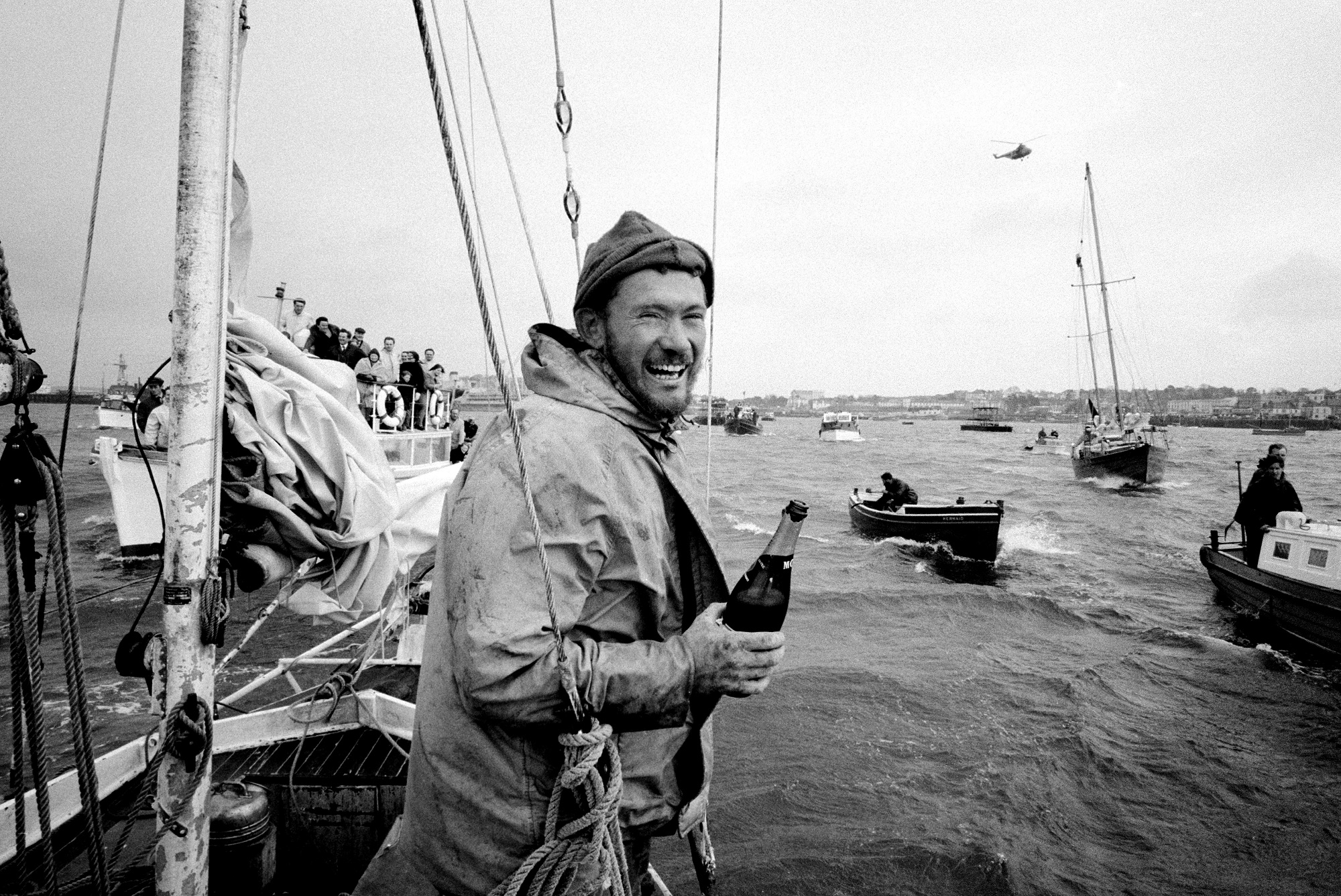 After a triumphant debut entry in the 2017-18 edition, and ahead of selecting the lucky 2019-20 Sanya Ambassadors next week, the Visit Sanya team has released a documentary showcasing the highs and lows that saw Wendy Tuck and her Sanya Serenity…