Following a fantastic first stopover in Punta del Este, Uruguay, crew are preparing to depart the first-time Host Port on Wednesday 04 October for Race 2, to Cape Town, South Africa, officially known as The Stormhoek Race to the Cape of Storms.

Lise Ewins, from Stormhoek Wines, explains why she chose the Race 2 name: “Better known for its spectacular scenery, the southern tip of Africa is also littered with the wrecks of over 140 ships that met their violent end along its coastline, and was first named the Cape of Storms by Portuguese explorer Bartholomew Dias in the 15th century.

“Today it is better known as The Cape of Good Hope – we like to think Stormhoek Wines has something to do with that.”

After crossing the start line in the Bay of Maldonado, just outside the port of Punta del Este, teams will complete a short inshore circuit to give crowds a close-up view of the ocean racing yachts in action. 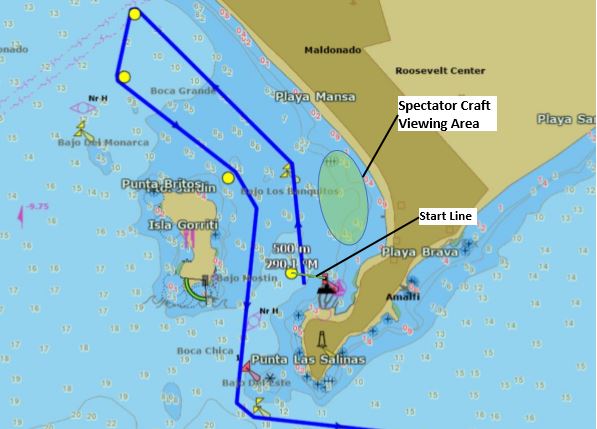 Once clear of Lobos Island, just off the coast of Punta del Este, it will not be long before teams re-encounter the Trade Winds and get into the long, rolling swells of the Southern Atlantic as they embark on the 3,560-nautical mile route and head south towards the Southern Ocean with spinnakers flying.

Race Director, Mark Light, explains some of the tactical challenges of the upcoming race: “Key tactical decisions will need to be made.

Once again, both a Scoring Gate and Ocean Sprint will feature during the race, giving the fleet an opportunity to gain some extra race points. 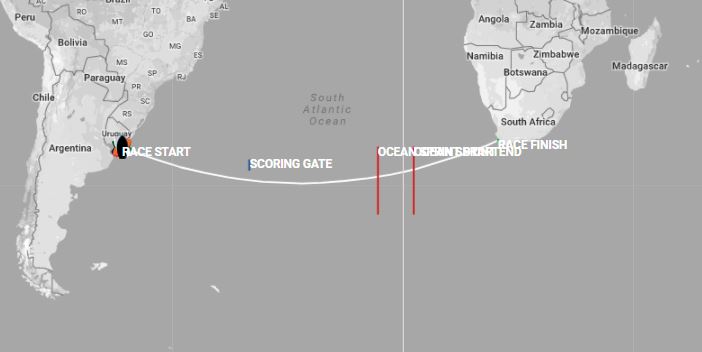 As the fleet ducks south, the surging swells will provide fantastic conditions for surfing down waves. An exhilarating leg that dips into the Roaring Forties, boat speeds will easily be in excess of 20 knots, with some teams previously reporting speeds of over 30 knots as impressive fountains of water billow over the bow of the yacht.

The Asymmetric Spinnaker features heavily here, though crew will need to be careful not to overpower it, as a blown spinnaker could compromise the rest of their race.

Once teams reach landfall on the other side of the South Atlantic, mighty Table Mountain will be visible from quite some distance away on the final approach to the finish line in Cape Town, but the race will not be over yet. The wind shadow of Table Mountain offers one last hurdle in a closely-fought race right until the very end which has seen teams finish just boat lengths apart during previous editions of the Clipper Race. For armchair sailors, this will be one to watch closely on the Race Viewer.

Wishing you could be out on the start line at Punta Del Este, Uruguay for Race 2 to Cape Town, South Africa? Well now you can, virtually, from the comfort of your own armchair; in fact, wherever you are with an internet link, via laptop, tablet or mobile.

The Clipper Race has teamed up once again with the world’s leading and most experienced team of digital yacht racing game experts at Virtual Regatta. During Race 1 they have been putting the finishing touches to a brand new virtual ocean racing platform which will debut with the Clipper 2017-18 Race from 4 October with our South Atlantic leg. Full details of all the features and how to play are available in the game website.

Watch out on the Clipper Race: LIVE Facebook page to see the teams off the dock for the race re-start on Wednesday 04 October from midday local time (15:00 UTC) and again just before 14:30 local time (17:30 UTC) to watch the fleet cross the start line, filmed from the shore.

A spectacularly close finish to the longest ever leg of the Clipper Race from Liverpool, UK, to Punta del Este,…