The Yacht Club Punta del Este offered an elegant setting for the first Prize Giving ceremony of the 2017-18 edition of the Clipper Race.

Cr. Juan Etcheverrito, Commodore of Yacht Club Punta del Este and Enrique Antia, Mayor of Maldonado, joined the teams to present the awards. Speaking at the Prizegiving ceremony, the Commodore said: “A special congratulations to all crew who have raced here in this first stage.

“It is a real honour for us to see our citizens of Maldonado and Uruguay receiving the crew and the people from the race with such kindness, the way you have experienced here in Uruguay. It is a pleasure to have seen this and we are very proud that the race is here.” 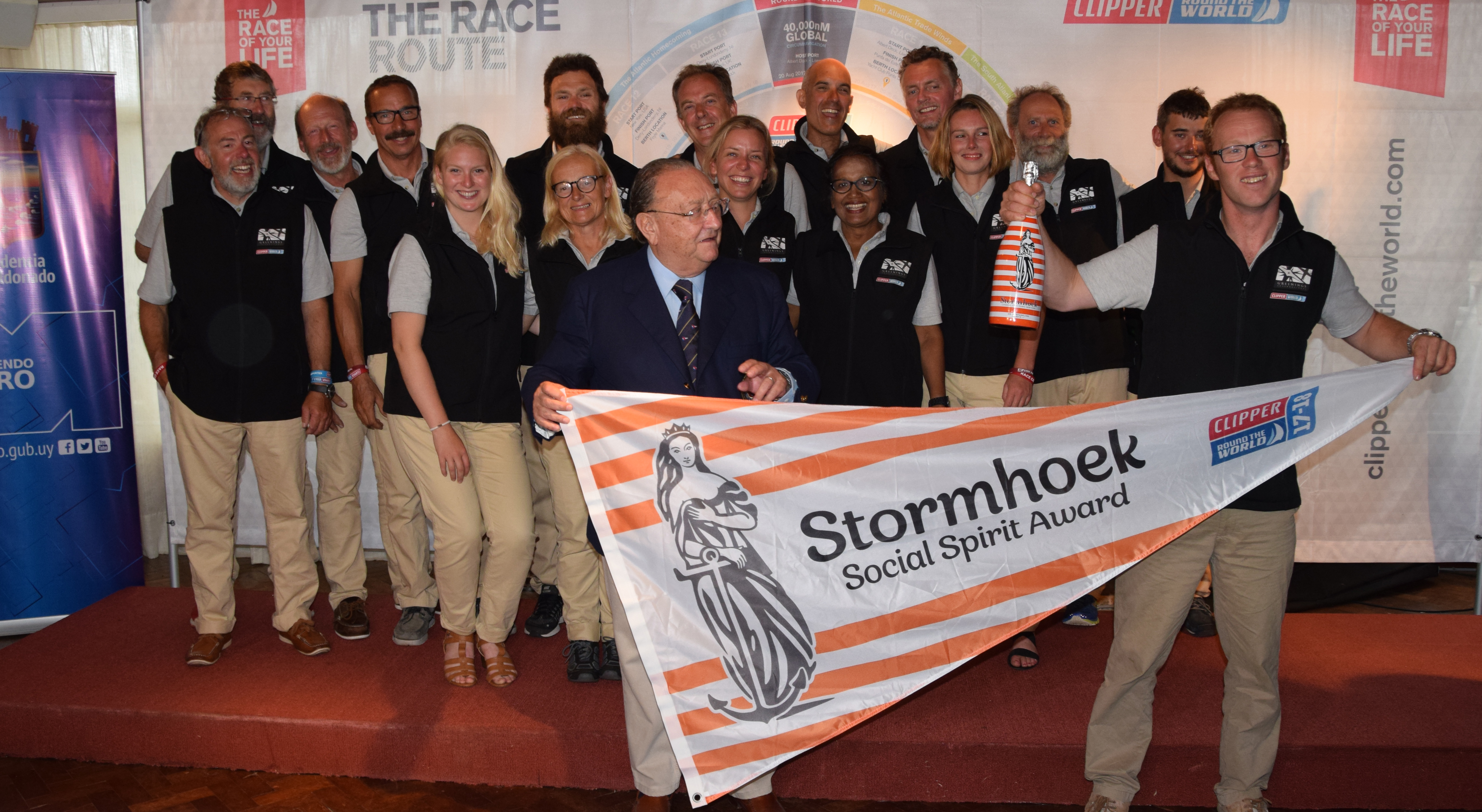 In a congratulatory message read out during the ceremony, Andrew Greening, Managing Partner, Greenings, told the team: “There has been something very special about team Greenings since we first met aboard in Gosport – to have dug so deep to achieve so much on the Leg 1, in the face of such trauma and adversity is truly humbling!

“Everyone one of you should feel so proud, testament to those hours of meticulous preparation that you have continued to deliver under the inspirational leadership of Dan, we should dedicate the first of what I suspect will be many successes ahead to Skipper Dave Hartshorn.” 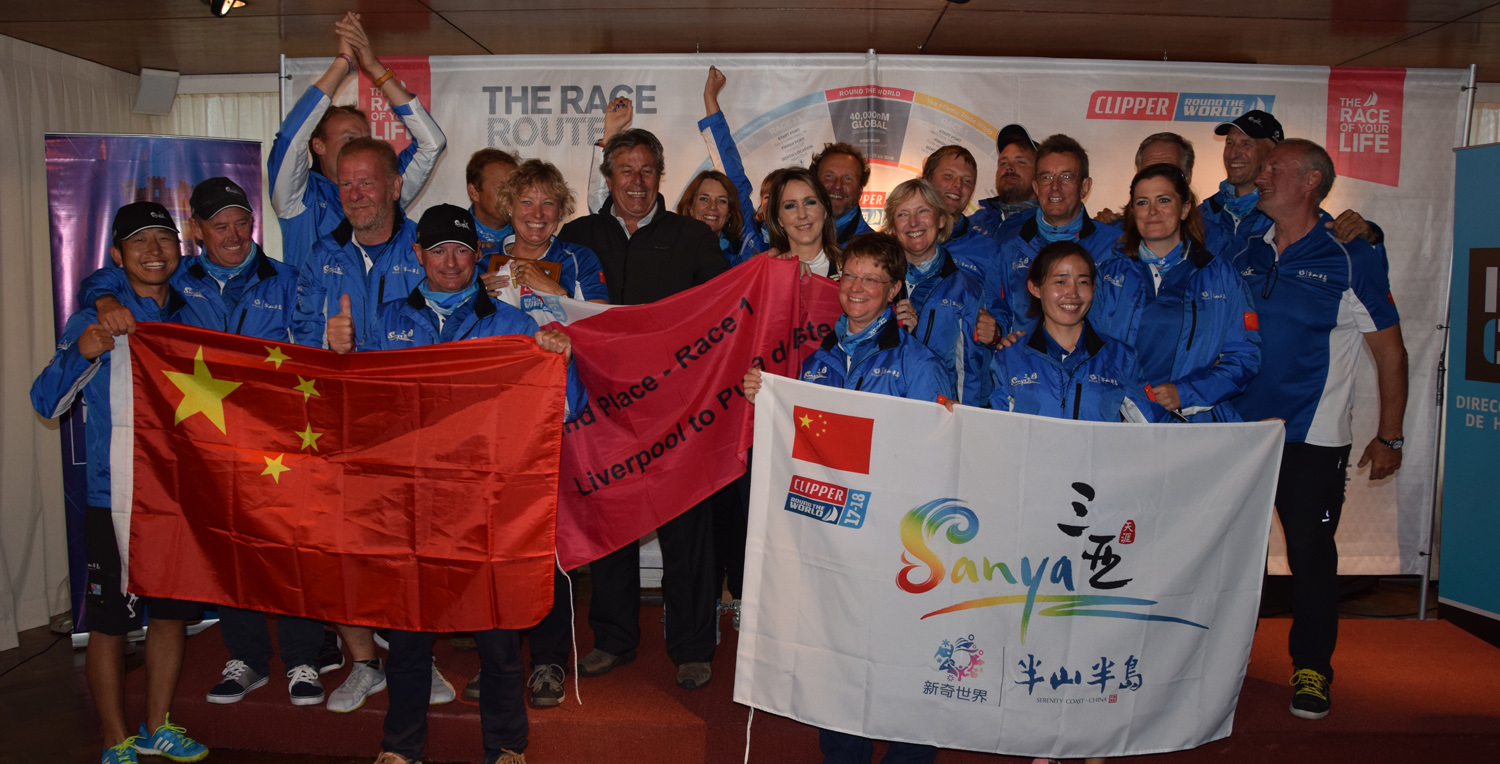 Sanya Serenity Coast and PSP Logistics also took to the stage to receive their 2nd and 3rd place podium pennants. 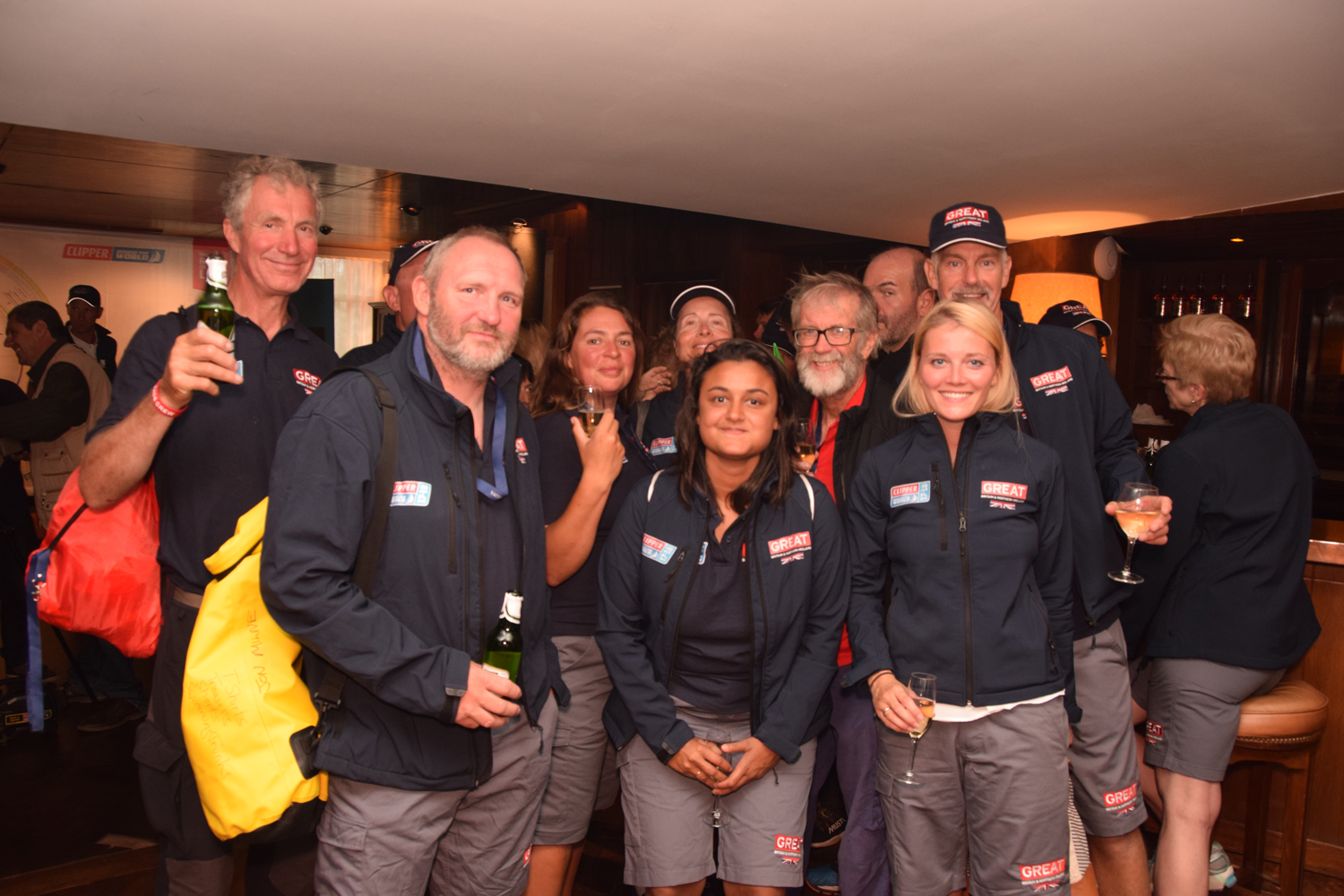 Congratulating all teams, Race Director, Mark Light, told everybody how proud he was of their efforts in this opening test. He said: “What an achievement, you should all be proud of yourselves as we are so proud of you for getting here in such an exciting race. The first nine boats arrived within 22 hours, it made watching the race viewer pretty incredible for all the spectators.”

The Clipper Race is as much about team spirit and the people you share the experience with, as it is about the racing. With 41% of the total vote, the first Stormhoek Social Spirit Award was presented to Greenings, following an online vote amongst crew and supporters. Not only did they get the most votes overall, they are also the team which got the most votes from supporters of other teams.

New awards for the 2017-18 edition are the Henri Lloyd photo competition and the Unicef Charity Champion.

The Henri Lloyd Photo Competition puts the Clipper Race Media Department’s favourite image from the race, for each boat, to a public Twitter vote. The most popular image, winning £100 for the team’s crew fund, was taken by Liverpool 2018, and is shown below. 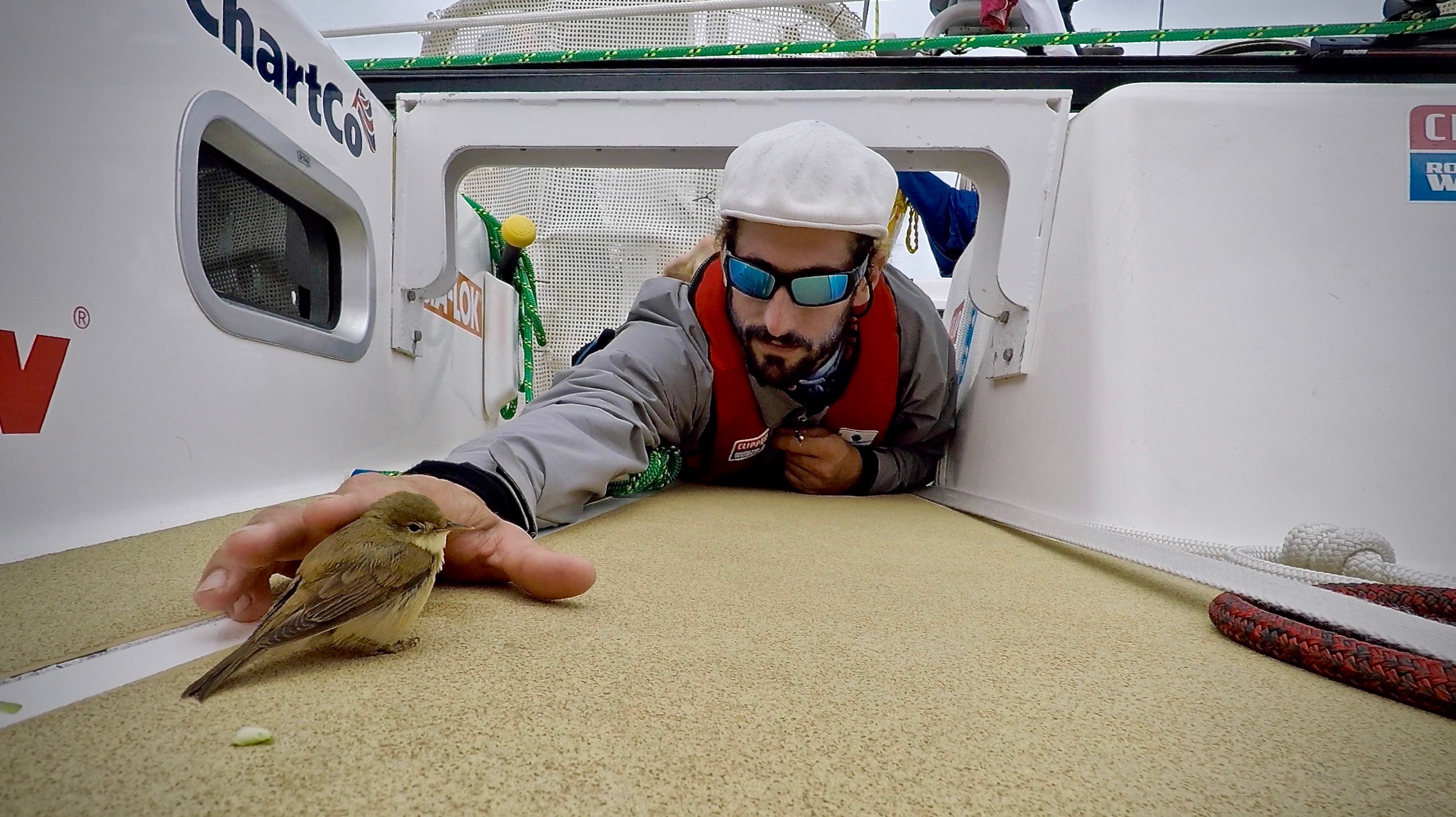 The inaugural Unicef Charity Champion award, a Garmin Edge GPS Watch, was presented to David Smith on Garmin. One of the first Clipper 2017-18 Race crew members to start fundraising for Unicef, David has raised almost £9,000 by using his initiative to sell branded keyrings and bag tags and hosting fundraising parties, as well as attending many fundraising events at the charity’s HQ in the UK. Thank you, David!

Overall standings for the Clipper Race so far:

A spectacularly close finish to the longest ever leg of the Clipper Race from Liverpool, UK, to Punta del Este,…

Greenings, the eleventh team to cross the line in Punta del Este, has won the first race of 2017-18 edition, finishing at 18:03:55 UTC on Saturday 23 September in front of hundreds of spectators lining the harbour breakwater. With the redress time of…

The latest arrivals fought a close battle during the last stretch into Punta del Este, Uruguay with HotelPlanner.com crossing the line in fifth place, Garmin in sixth, and Liverpool 2018 in seventh. HotelPlanner.com maintained a mid-fleet position for much of the 33-day race and…