“If you’re going to take a few steps into the unknown you might as well jump and see what happens.”

Meet 28-year-old Eve, an A&E Nurse from Yorkshire, UK, who is set to become a familiar face of the Clipper 2019-20 Race after the future circumnavigator had the chance to take part in a recent Musto photoshoot ahead of today’s Technical Clothing Partner announcement.

We catch up with Eve to find out about her #ReasonToRace. 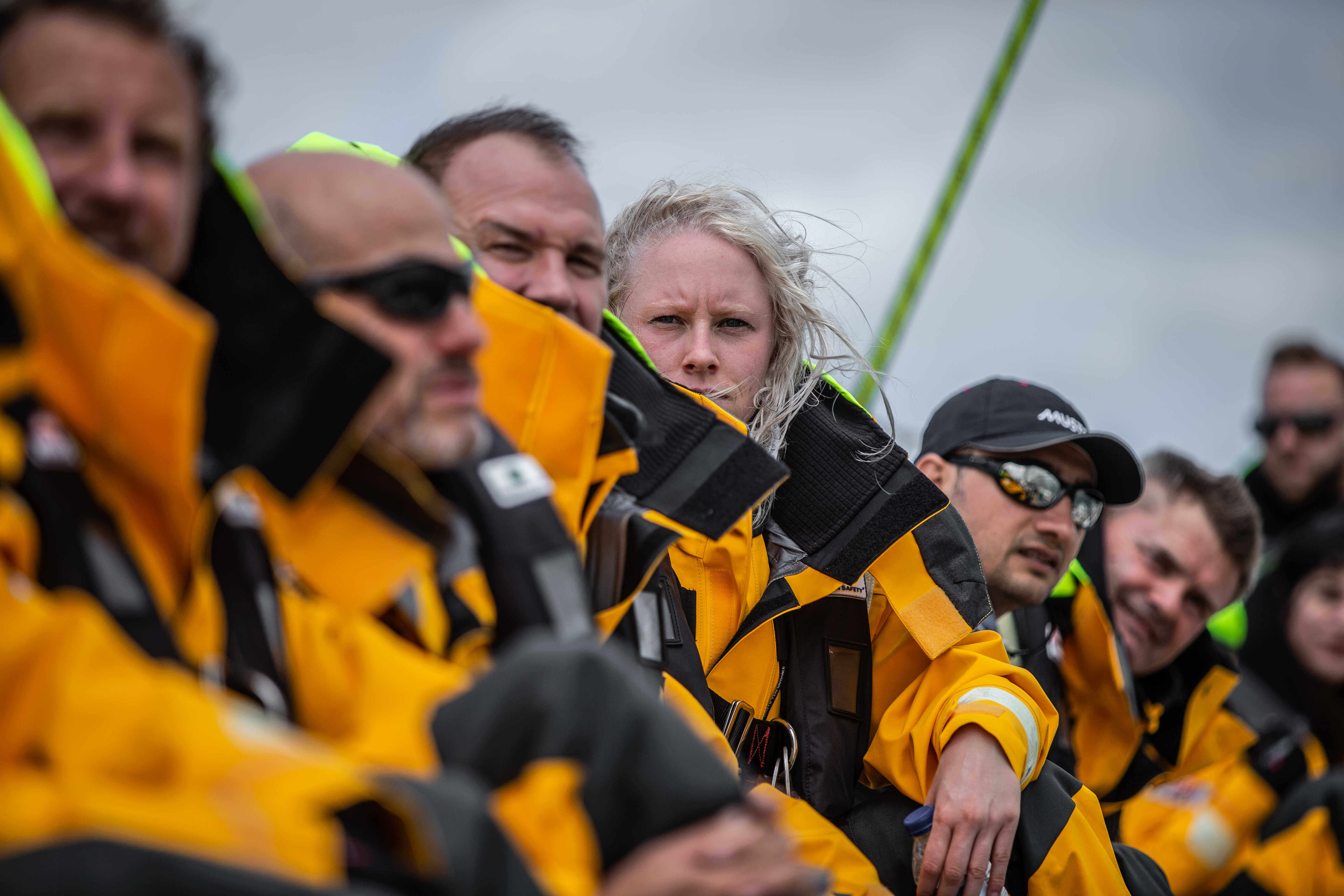 “These opportunities don’t always come around so I wanted to grab it with both hands!” says Eve, who decided to sign up for the Clipper Race to prove to herself that she could achieve anything. 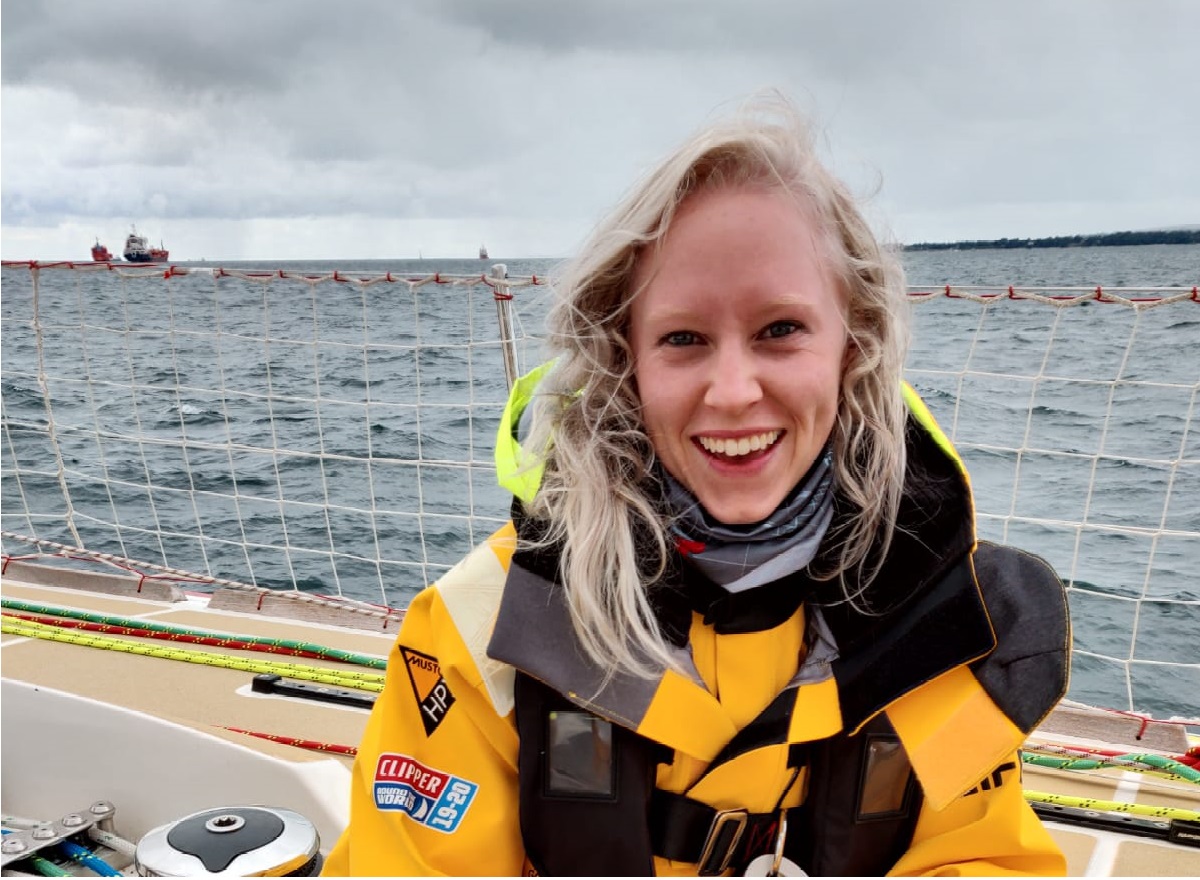 It was Eve’s Mother that first told her about the Clipper Race and she will be racing for both of them when she embarks on the 40,000 nautical mile circumnavigation next summer. Eve explains: “I found out after I applied that my Mother originally wanted to take on this challenge but was unable to fulfil her dream when she found out she was pregnant with me. It seems quite surreal that I should therefore be taking this challenge, not only for me but for her too.”

Like some 40 per cent of Clipper Race crew, Eve had never stepped foot on a yacht before signing up to take part in the epic challenge. Eve says: “Many of my friends ask me if I have a boat or am already a great sailor. When I explain the reality, that I am a complete newcomer to the sport, they are somewhat shocked!” 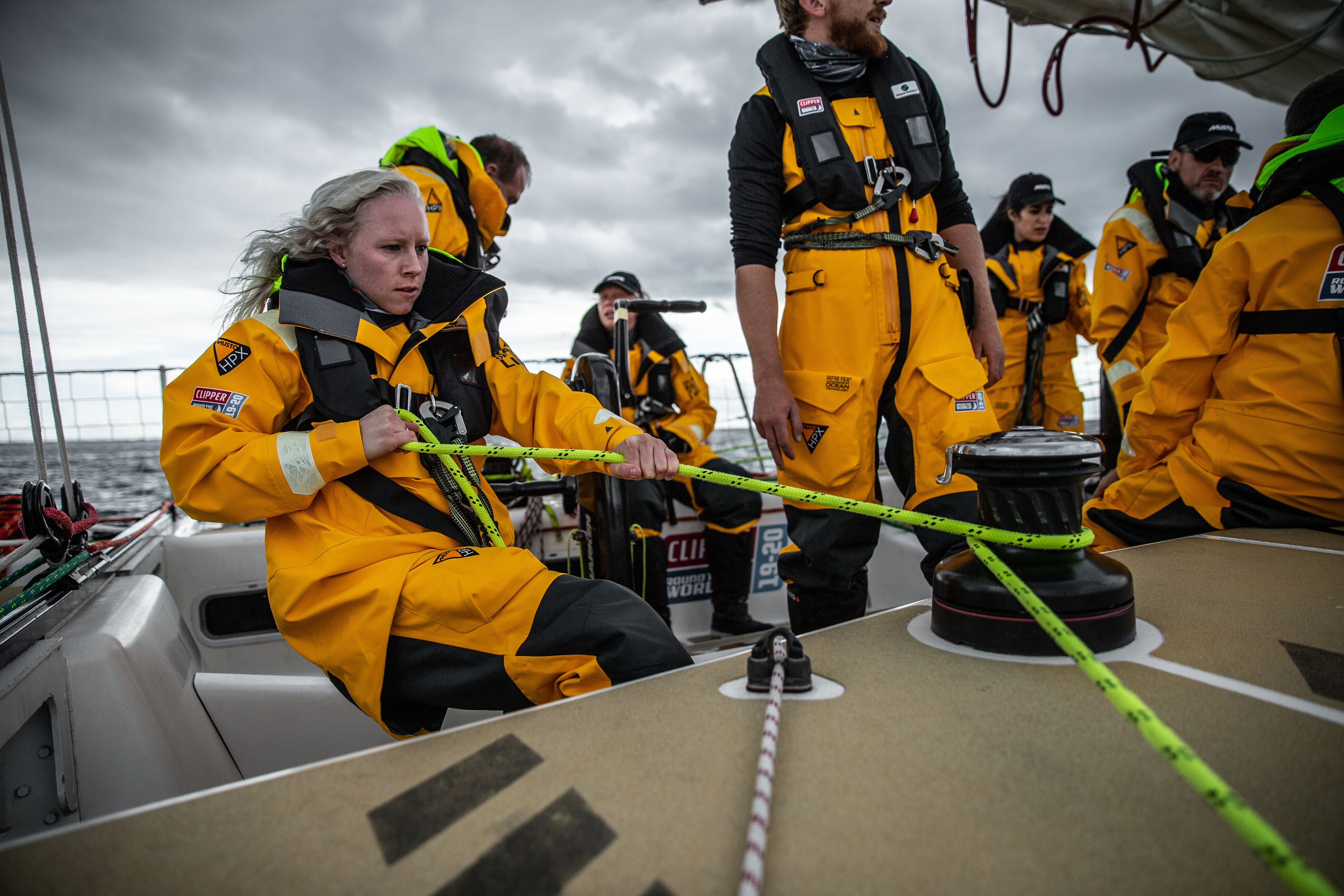 Whilst new to sailing, Eve certainly isn’t new to a challenge and has already had good practice at going without luxuries. She explains: “A couple of years ago I spent three months living on a beach in Mexico learning to dive in order to monitor coral and fish species of the Yucatan Peninsula.

“Subsequently, I became a certified rescue diver during that time and showering with a bucket is thankfully something that isn’t new to me!” 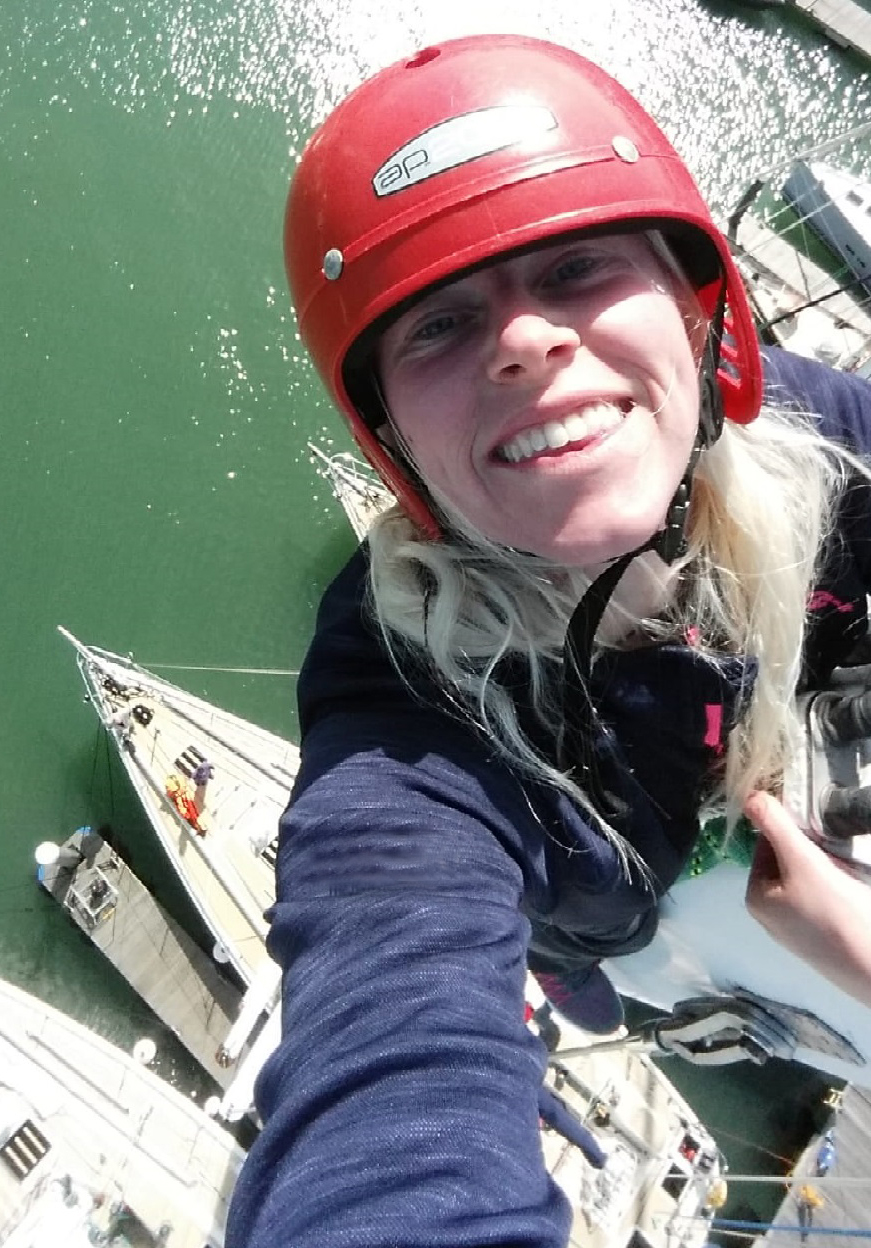 Eve, like every Clipper Race crew member, will need to pass each of the four gruelling levels of Clipper Race Training before lining up for the start of the Clipper 2019-20 Race. Having already completed two of the levels, Eve is more excited than ever for her upcoming adventure. Reflecting on the experience so far, Eve says: “Considering I have never sailed before, Level 1 was a huge shock! Excuse the pun, but it was literally like being thrown in the deep end.

“I am hugely surprised about how much I have learnt in such a short space of time but it’s definitely not without its challenges. I have also been surprised about how well my ability has been to bond with people I don’t know and how amazing the human race is at taking care of each other.

“On a side note, I have also been surprised at how well I can sleep at a 45-degree angle and also how many different types of pasta dishes it’s possible to create with only five ingredients.” 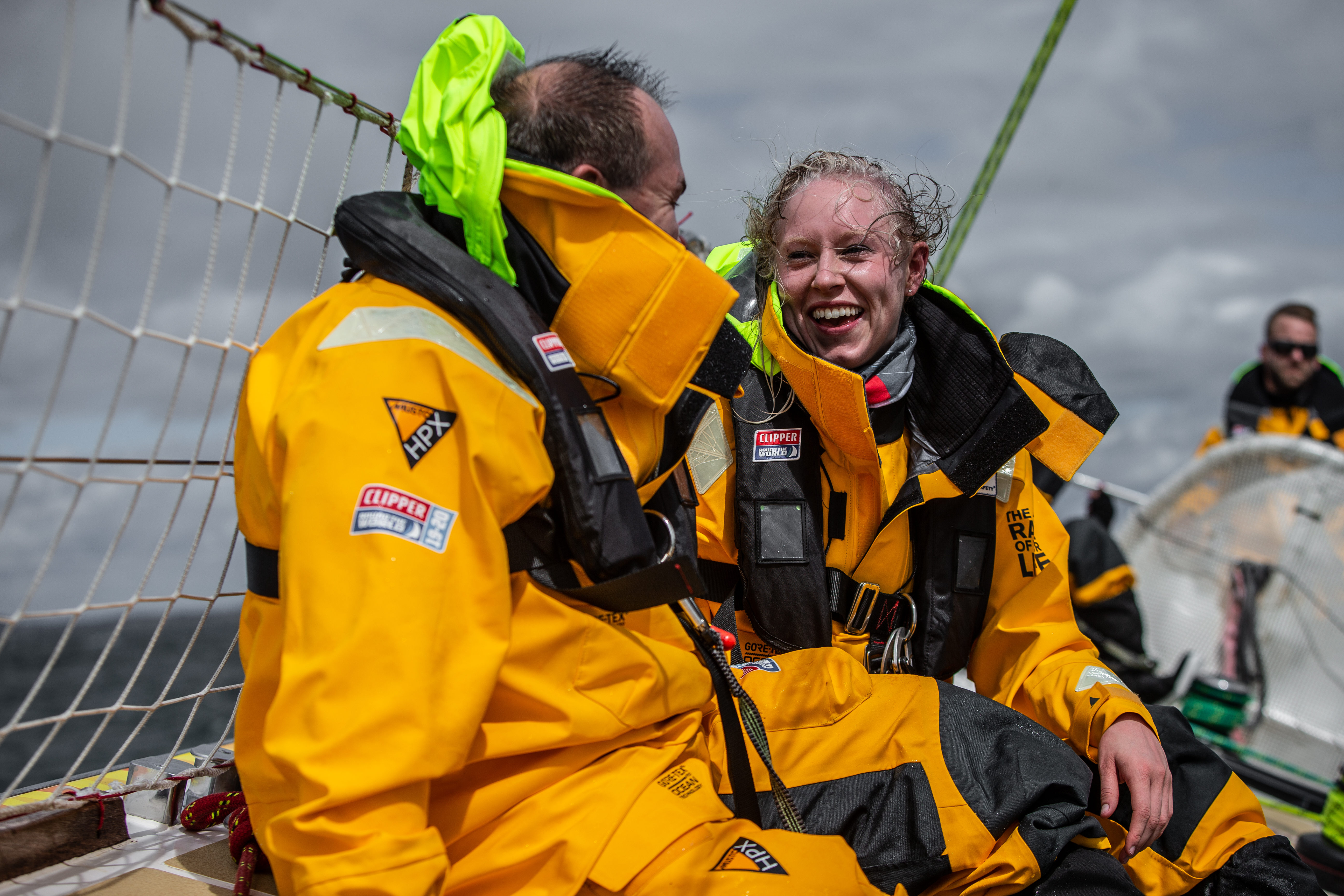 Whilst Eve, who loves being outside in nature, thinks that keeping morale high during the extreme conditions will be a challenge, she is really looking forward to the freedom of being out on the ocean with a group of people that she will have met as strangers but hopes to leave as family.

When it comes to her friends and family, Eve has all the support she could hope for. She says: “My parents are incredibly supportive and without them it wouldn’t be possible to achieve this amazing adventure. My friends think I am crazy. One of my friends did once say she lived her life through me because there’s no way she could do it even if she wanted to due to the prospect being so daunting for her. Everyone has that one crazy friend I suppose, well I guess that’s me!” 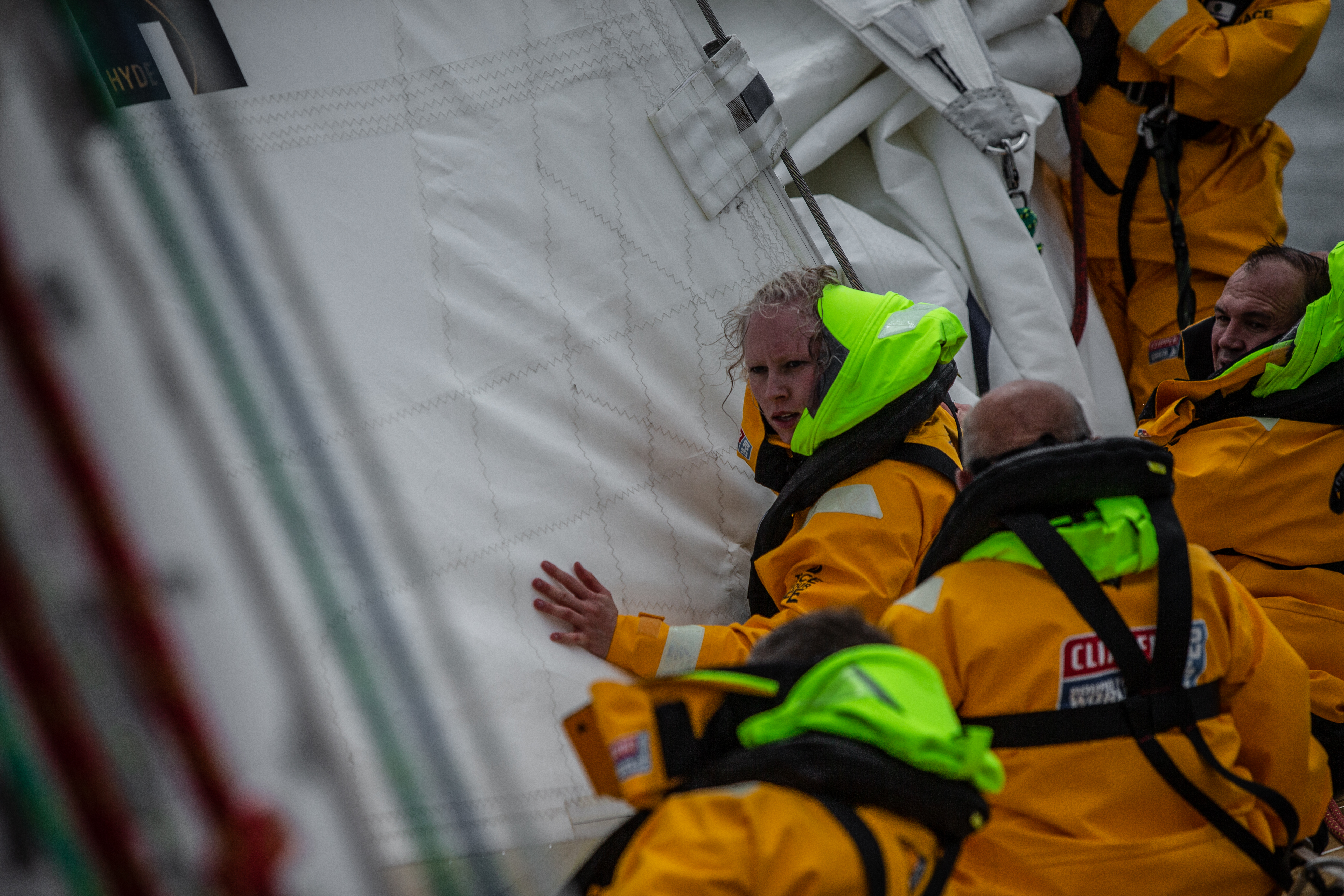 Would you like to join Eve and hundreds of other non-professional sailors on the start line of the Clipper 2019-20 Race next summer as they take on one of the toughest endurance tests on the planet? There is still time to apply and train for the 2019-20 edition of the race. To join the race, hit the button below.

There’s no doubt about it, the second placed Visit Seattle certainly ‘sailed with style’ throughout the Clipper 2017-18 Race. Led by Nikki Henderson, the youngest Skipper in the race’s history, this team made its mark, achieving a fleet high of three wins and…