Stood on the pontoon at Bell Harbor Marina in Seattle, USA, at the end of the Pacific Ocean leg of the current race, the beaming face of British man Jack Chidley, 48, from London, being greeted by his wife Carol, gives no hint of the long and challenging journey he’s just completed.

More daunting, challenging and longer than any ocean crossing, Jack is overcoming a two-year battle with clinical depression and he believes the Clipper Race provided the ‘spark’ that helped him complete his road to recovery. With Mental Health Awareness Week starting on Monday 16 May, Jack shares the story of his journey.

“I did the Clipper Race because life is more than just survival, it needs to be worth living for its own sake. It needs to be filled with adventures. The Clipper Race is one of those adventures; my family is another,” says Jack who crossed both the South Atlantic and the Pacific oceans onboard Garmin.

In early 2014 he was diagnosed with severe depression. During his recovery Jack saw a poster for the race in his local London Underground station which he said “ignited a spark” within him again.

The poster rekindled his interest in a big sailing adventure after first considering the Clipper Race ten years earlier. He said the poster, and the initial recovery from depression, made him think that sailing across an ocean would be an amazing, life changing challenge, all by itself. Now was the perfect time he felt.

Jack, a keen sailor, triathlete and Ironman competitor, signed up to race within days of seeing the poster with the support of his wife and three children. He says: “Becoming a crew member helped me come alive again, giving me a goal to work towards and focus on.” 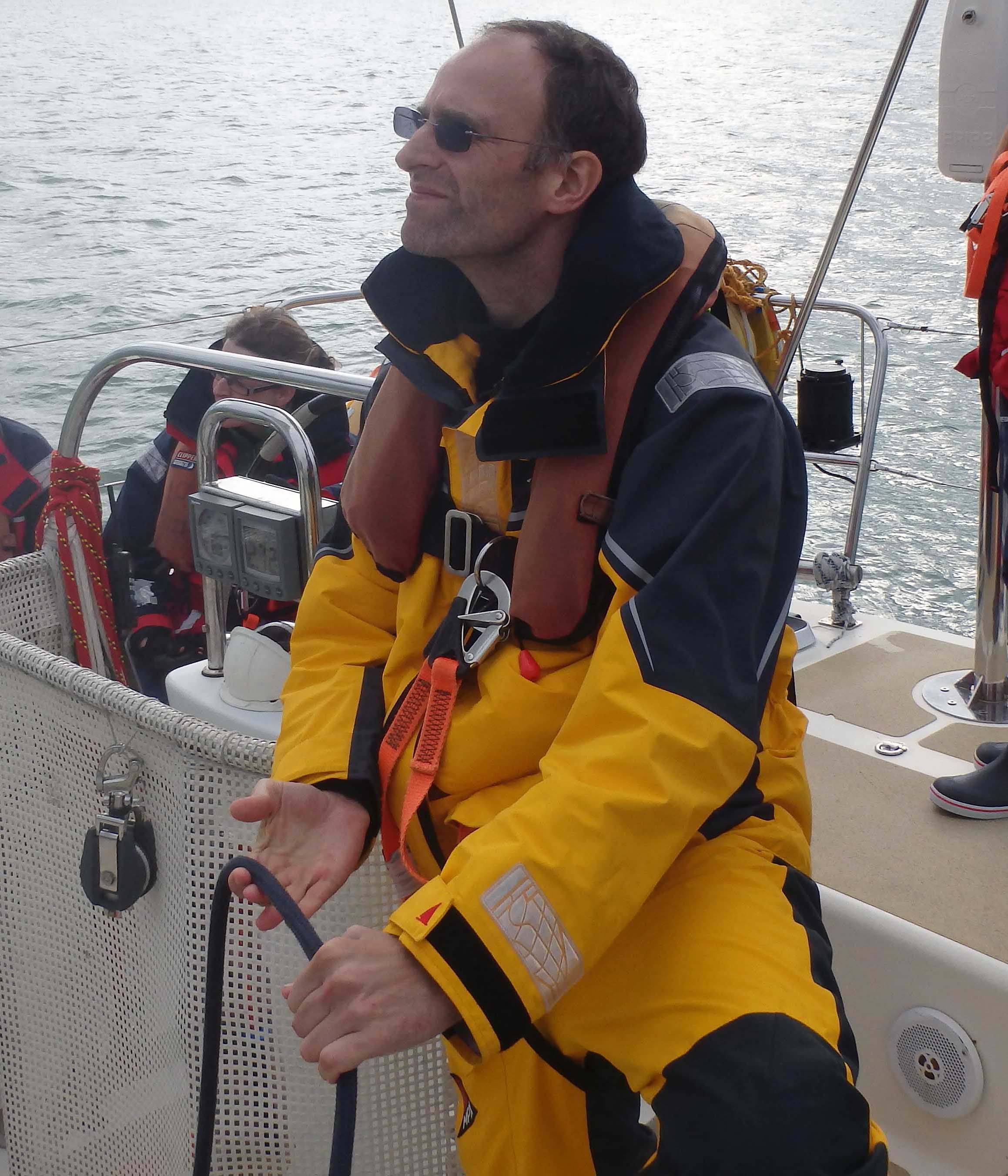 Having completed not one but two ocean crossings, Jack reflects on his achievement:

“The Pacific crossing was very tough; that is what I wanted. It didn’t disappoint. I had an amazing team and Skipper. It was a great feeling to complete it together in some extraordinarily difficult circumstances. I learnt a lot about myself. I realised I am very tough, physically and mentally. It changed my perception of myself and my self-image is much more positive now.

“The process started two years ago and I feel I have closed a chapter now by completing the challenge. By talking about it, I want others to know that you can do these challenges and come out the other side. I feel stronger for it and believe because I have pushed my limits far further that I thought possible, that I will be able to tackle anything in the future,” Jack added.

Jack also wants others suffering mental health issues to know that they are not alone, and they can get better and go and take part in amazing adventures.

“In the last two years I have been through the depths of despair and slowly clawed my way out. Competing in the Clipper Race has significantly helped with that.

“My family’s support has been unstinting throughout. But to thrive in this life, you need more than support, you need to do things that are worthwhile: things that are hard physically and mentally. The Clipper Race represents this to me.

“It is a common theme that when you are depressed you feel completely alone, that things will never get better, that it’s all your own fault and that no one else will understand.

“I am living proof that depressed and abused people are not alone, that they are understood, it’s not their fault and that they will get better,” added Jack.

Jack has competed in various other competitive sports events, such as Ironman and Triathlon competitions, and loves the challenge the Clipper Race opportunity gives him.

He is now looking for his next life-affirming challenge, personal and professional, following his completion of the Clipper Race.

Jack’s wife Carol met him in Seattle, USA, following his Pacific Ocean crossing, and said she and their children were extremely proud of his achievement.

Carol adds: "People talk about the regrets that are experienced when you are dying and to both Jack and I, life should be about courage, not regrets.

"Jack is a wonderful father and husband, and it has been hard on all of us all for him to be away from us for so long, yet life is about balance, so just as we would never want to hold our kids back. We hope that the things we do show courage and inspire both our kids and others.

"As a family, we're so proud of him choosing to do two ocean crossings in the Clipper Race. We knew it was something he had to do. He has come to terms with some of the demons he needed to put to bed and that has inspired people, including our daughter, who is using the topic of fear and not letting it control you in some of her schoolwork.

“It is beautiful to see the ripple effect he has had in the community too making a difference. There is still a long way to go to break down the stigma associated with mental health and within companies, too, which is why Jack wanted to talk about it.

“The whole experience has made him more secure in the person he is and the knowledge of what he is capable of doing, not just physically but emotionally and mentally too.

“Goodness knows what the next challenge will be - how do you beat the Clipper Race?" Carol added.

*Mental Health Awareness Week 2016 takes place from 16-22 May, with the theme of relationships.

Once again, bonus points are up for grabs as the Clipper Race fleet approaches the Ocean Sprint start line at 17 and a half degrees north. Two points are on offer for the fastest team through the 90 nautical course, and while race position is…

Race 10 Day 11: Fluky winds forecast is next test for fleet

2000 nautical miles and eleven days into the PSP Logistics Panama Cup the frontrunners are rounding the tip of Cabo San Lucas with their eyes now firmly on the Ocean Sprint some 300 nautical miles ahead. On a slightly more southern latitude and further offshore…

As some teams search for stronger winds, the leading boats are within hours of passing through the Scoring Gate and…