Quebecan Clipper 2017-18 Race crew member Simon DuBois, who raced around the world on board the Visit Seattle team yacht, has been announced as Québec Sailor of the Year. 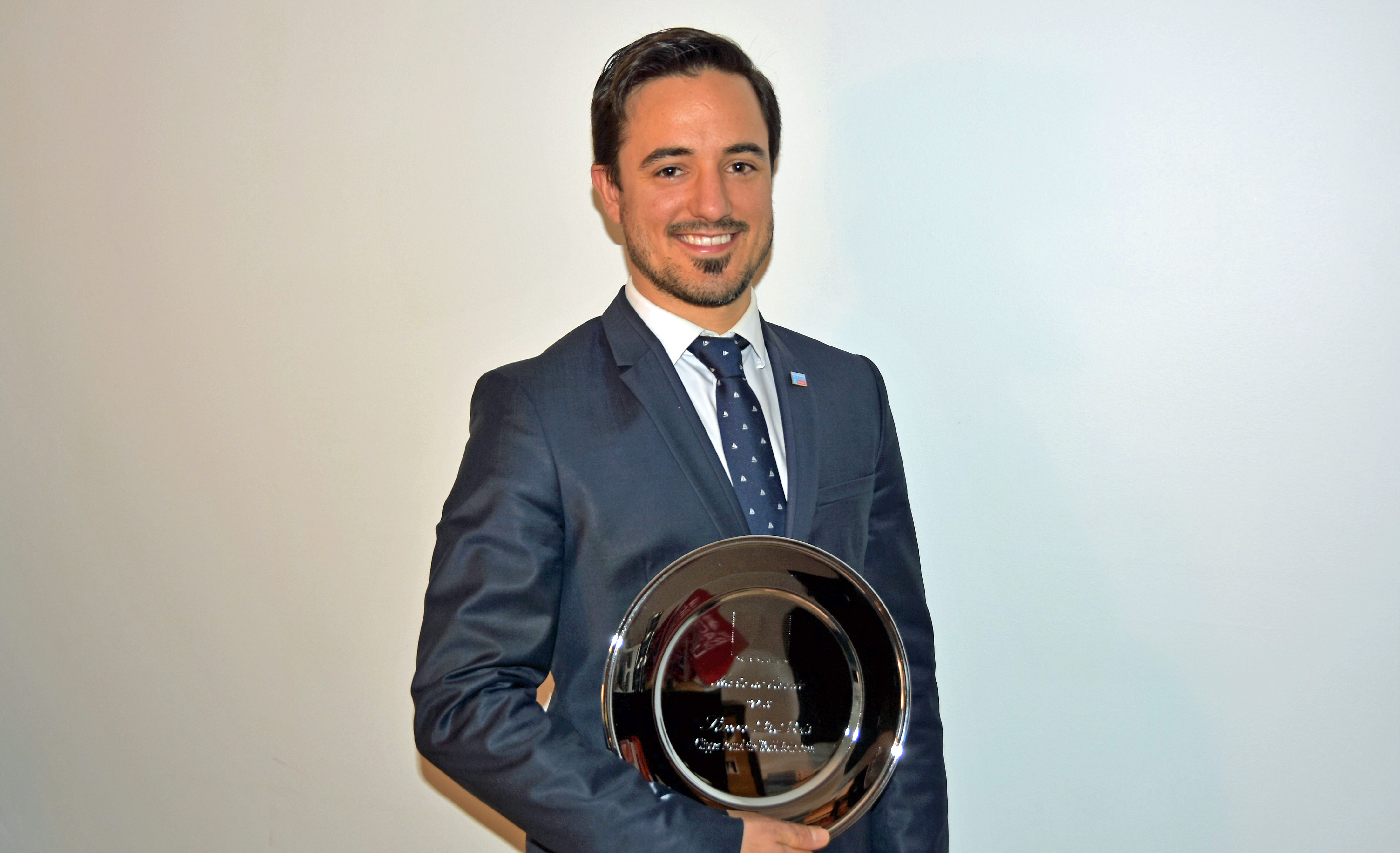 Image: Simon with his award

The 31-year-old Business Advisor was presented with the award, which is the most prestigious recognition awarded by the Fédération de voile du Québec (Québec Sailing Federation) for an exceptional achievement in sailing after becoming the first Quebecker to race around the globe. Speaking about the achievement, Simon says: “When I realised that no Quebecker had completed a sailing race around the world, I decided to share my journey and prove that everyone can accomplish extraordinary things.

“I wanted to inspire people to dare to go after their own dreams, no matter how big they are, and the best way is to lead by example and to write my own story.” 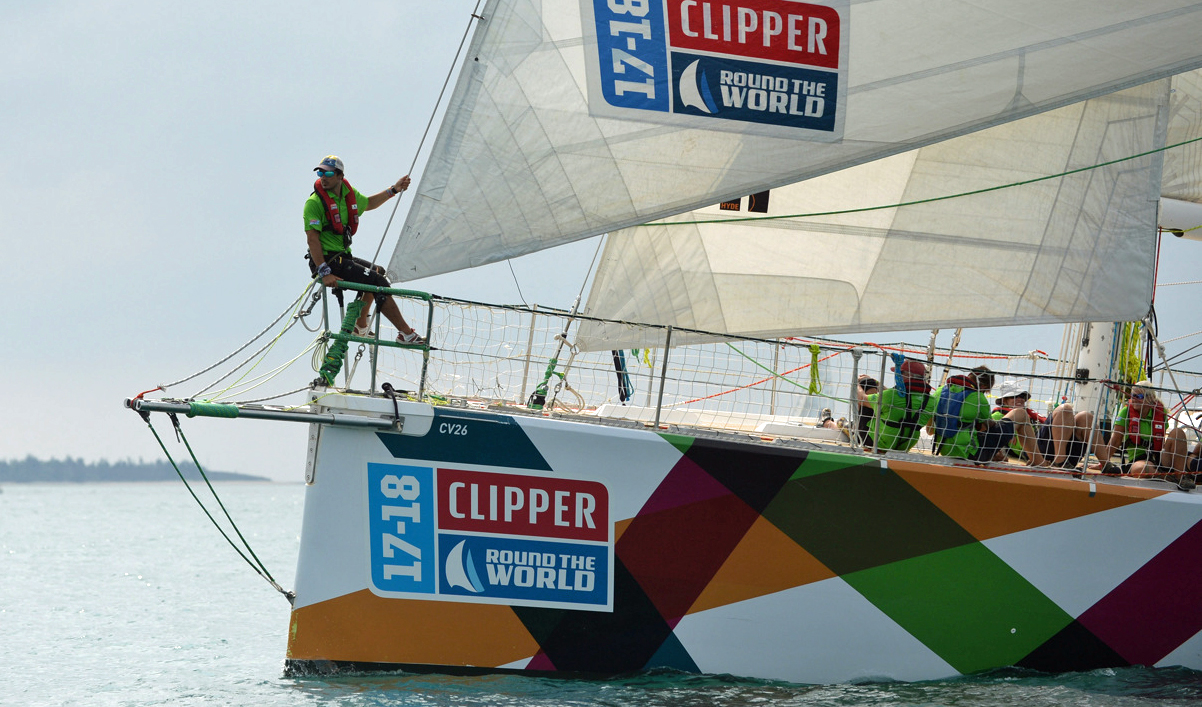 Image: Simon on the bow of Clipper 70 Visit Seattle

For Simon, who dreamt of sailing around the world since childhood, the Clipper Race was a way of fulfilling a desire to test, push and discover his limits whilst developing leadership skills which would enhance his career. Speaking about the eleven month endurance challenge, he said: “It has been everything I wanted and more. What a journey! Being able to contribute to the fantastic team that Visit Seattle became was extraordinary and the results speaks for themselves.” 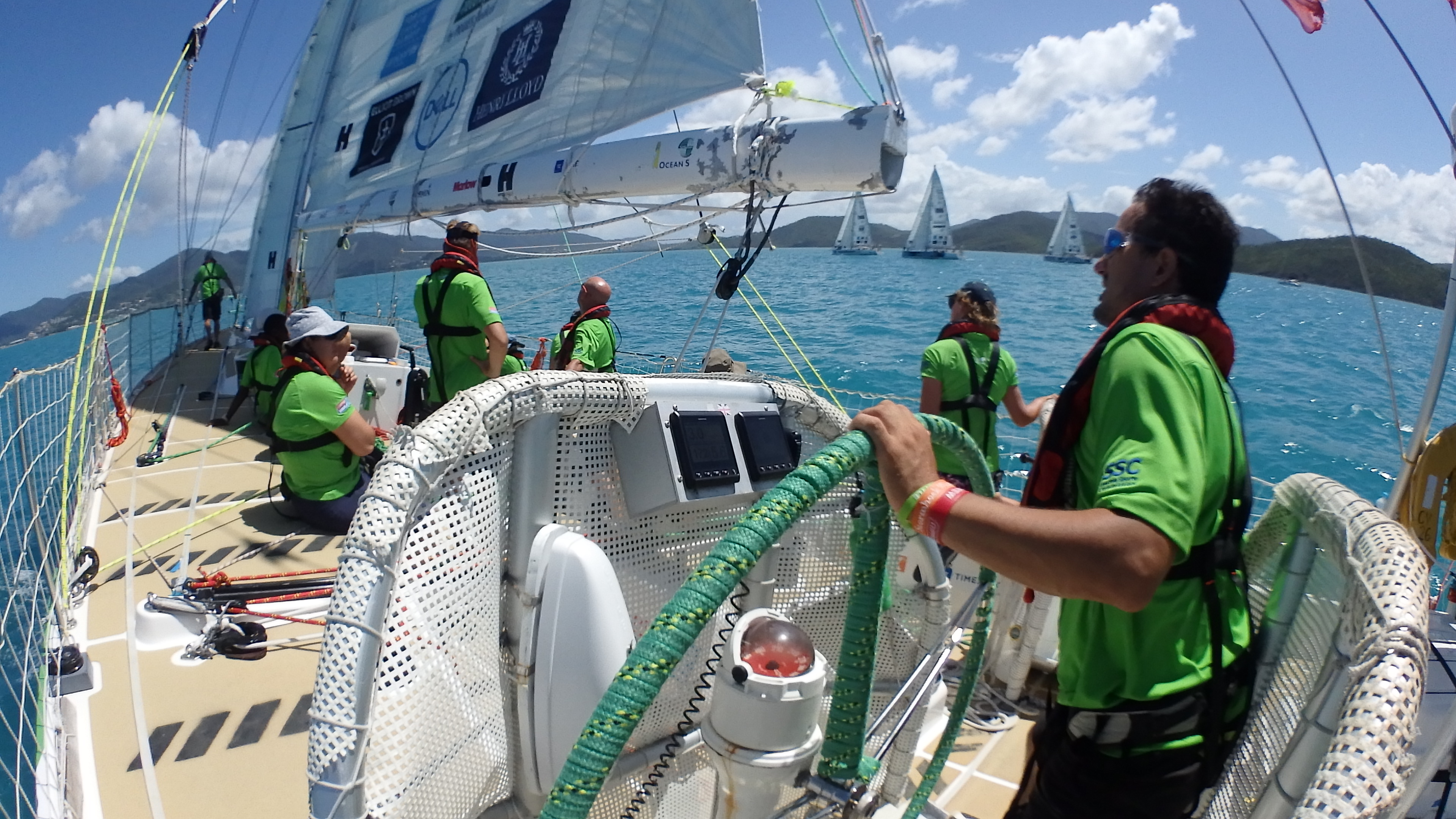 Although racing across some of the most remote places on Earth and battling through some of the most hostile conditions Mother Nature could muster, Simon was never far from the attention of the media in his home country during the 40,000nm long circumnavigation. Simon explains: “Whether it was through the media visibility or through the schools that followed the project or simply the people that followed my blogs on my page, I received numerous testimonials on how my story had inspired and motivated people to dare to do something new.

“The Sailing Federation Québec said that I was picked for the award, in part, for the values that I shared while promoting the sport of sailing throughout the year. I had no idea my story would create such an impact and I feel blessed that so many people joined be along the journey.” 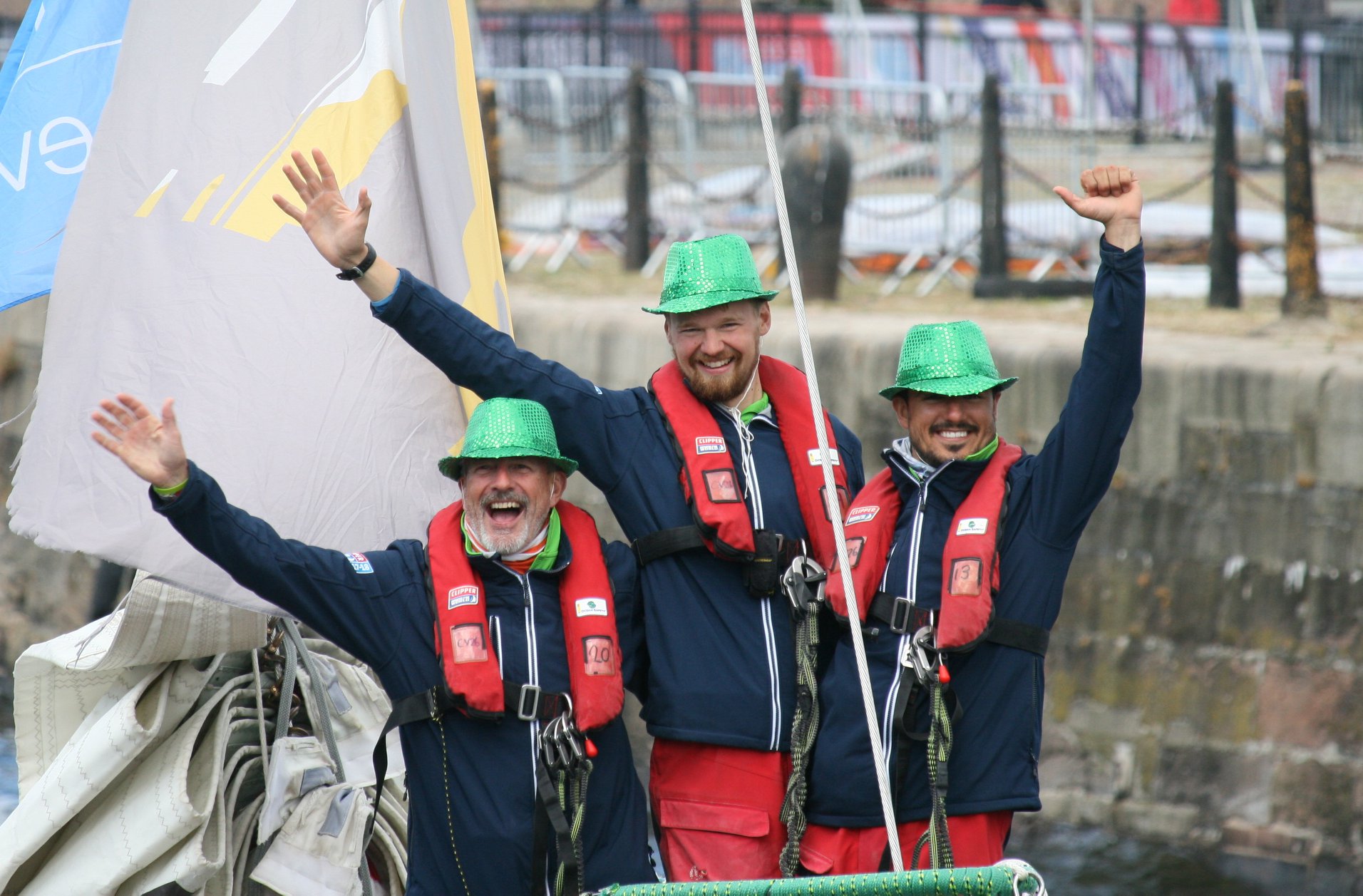 Fellow Visit Seattle teammate and circumnavigator, Phil Whittaker, who raced with Simon for nearly a year said: "It was a real pleasure sailing with Simon. He is a real team player and a very talented sailor who could always be relied upon to help, support and integrate new crew members. He was one of the kindest people I met on the race, and I am thrilled that he has been recognised with the Quebec Sailor of the Year award"

Reflecting on the completion of his Clipper Race, Simon adds: “I have learnt so much throughout this journey. I am definitely a better sailor, I think I am better leader and I hope I am a better man as well.”

On hearing the news, Visit Seattle Skipper Nikki congratulated Simon saying: "We got to know each other in one of the most extreme environments a human being can survive in; there is no hiding on a 70ft boat.

"Simon is one of the most passionate and focused people I have ever worked - and indeed lived - with. He is persistently passionate about competition, about people, about improvement - both of himself and others - for the greater good of the team." 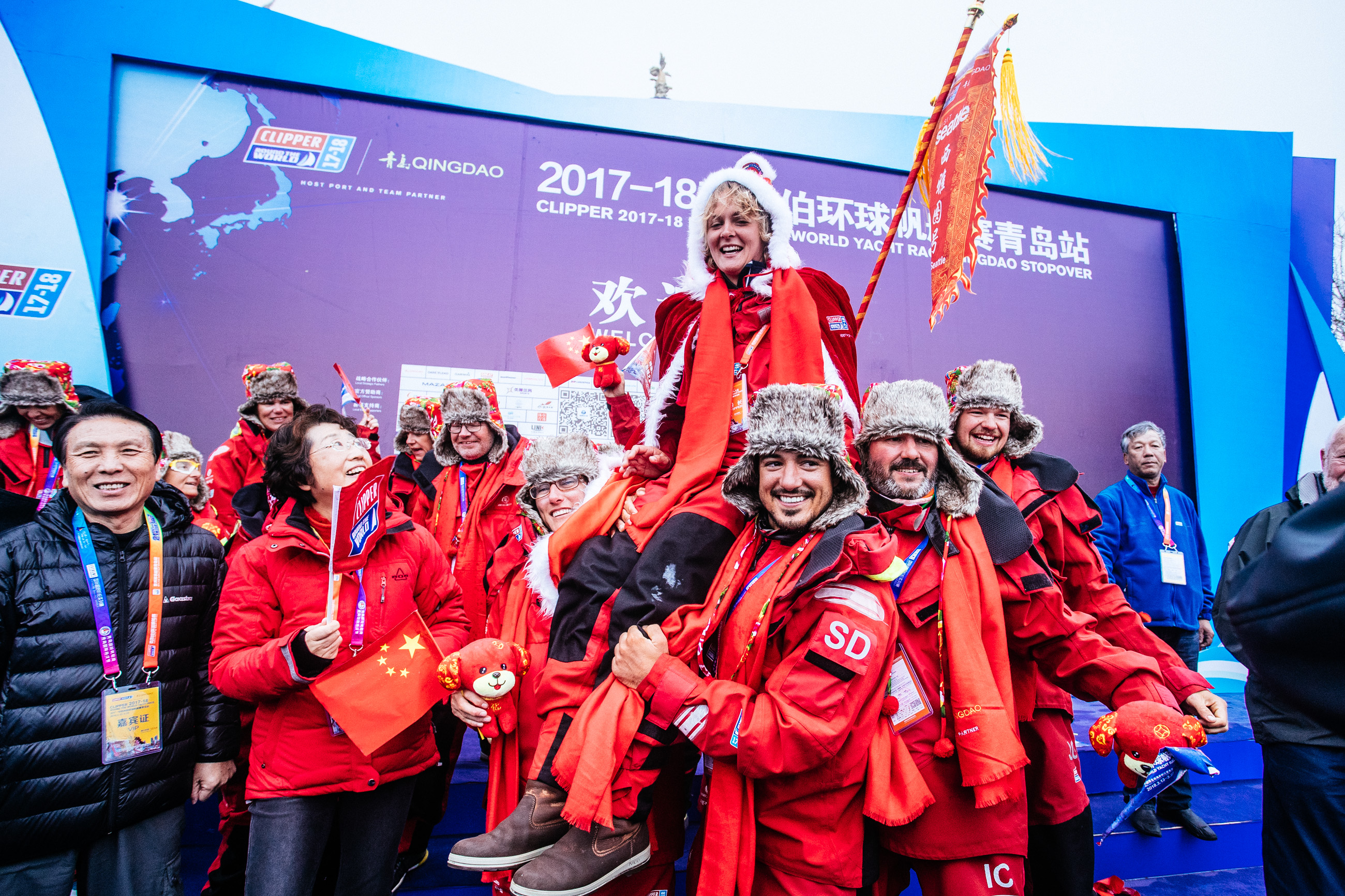 You can relive Simon’s journey via the Visit Seattle team blogs and Skipper blogs.

Inspired by Simon’s story? You too could become a round the world ocean racer. With no previous sailing experience necessary and all training provided, join people like you looking to achieve something remarkable. Find out more by hitting the button below.

Les Perry, a 59-year-old Roofer from Barnston, Wirral, is gearing up to take part in the Clipper Round the World…