What an incredible race from Subic Bay, Philippines, across the North Pacific to Seattle, USA!

After departing Subic Bay on 20 March, the Clipper Race fleet spent four days working their way up the western coast of Luzon in the Philippines, whilst completing their final offshore race training. 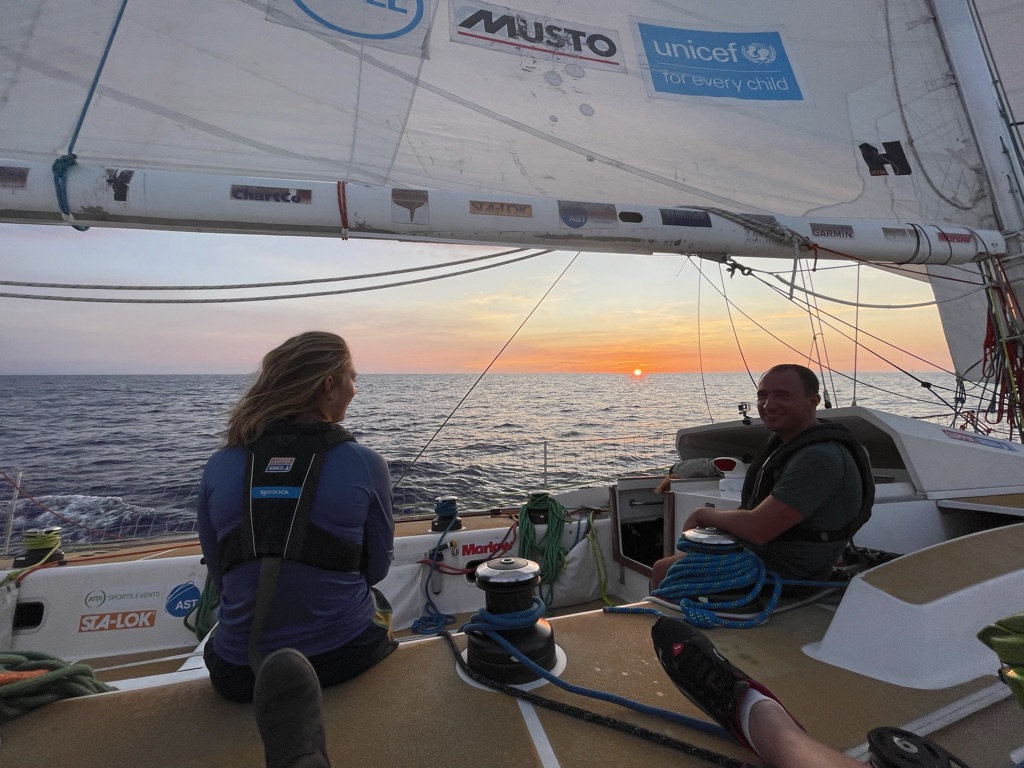 Race 10: Sailing City-Qingdao Cup started with a ‘Le Mans’ style Race Start on Thursday 24 March and ahead lay 5,800nm and over 30 days of hard, relentless racing.

After a favourable first 24 hours of racing, the fleet encountered their first taste of the tough, upwind conditions due to strong north easterly monsoon winds typical of the area at this time of year. Wind strengths of 20 plus knots (Force 5 and above) made for a slow passage towards Japan. Once the upwind conditions combined with the strong Kuroshio current, south of the Japanese mainland, it was very heavy going for the fleet with a small velocity made good (VMG) towards the overall destination.

Big seas with short, sharp waves and an increase in wind strength to 40 – 50 knot headwinds are not the most desirable conditions for fast passages in any yacht, and certainly not the best point of sail for the Clipper 70! Unfortunately, these adverse weather conditions persisted for the following five days and really put the entire fleet behind schedule.

As the intrepid sailors made their exit from the Philippine Sea and entered the vast expanse of the North Pacific proper, a patch of light wind swallowed them up for another 24 hours - just to add to the challenge. Definitely not the conditions expected in the North Pacific Ocean.

However, the weather gods then started to work their magic and created a low-pressure system that moved east and north above the fleet. The result of this was the thing of dreams; the much sought after south westerly winds, which were to propel the Clipper Race yachts at superb speeds along the rhumb line and towards Seattle at a fantastic rate. 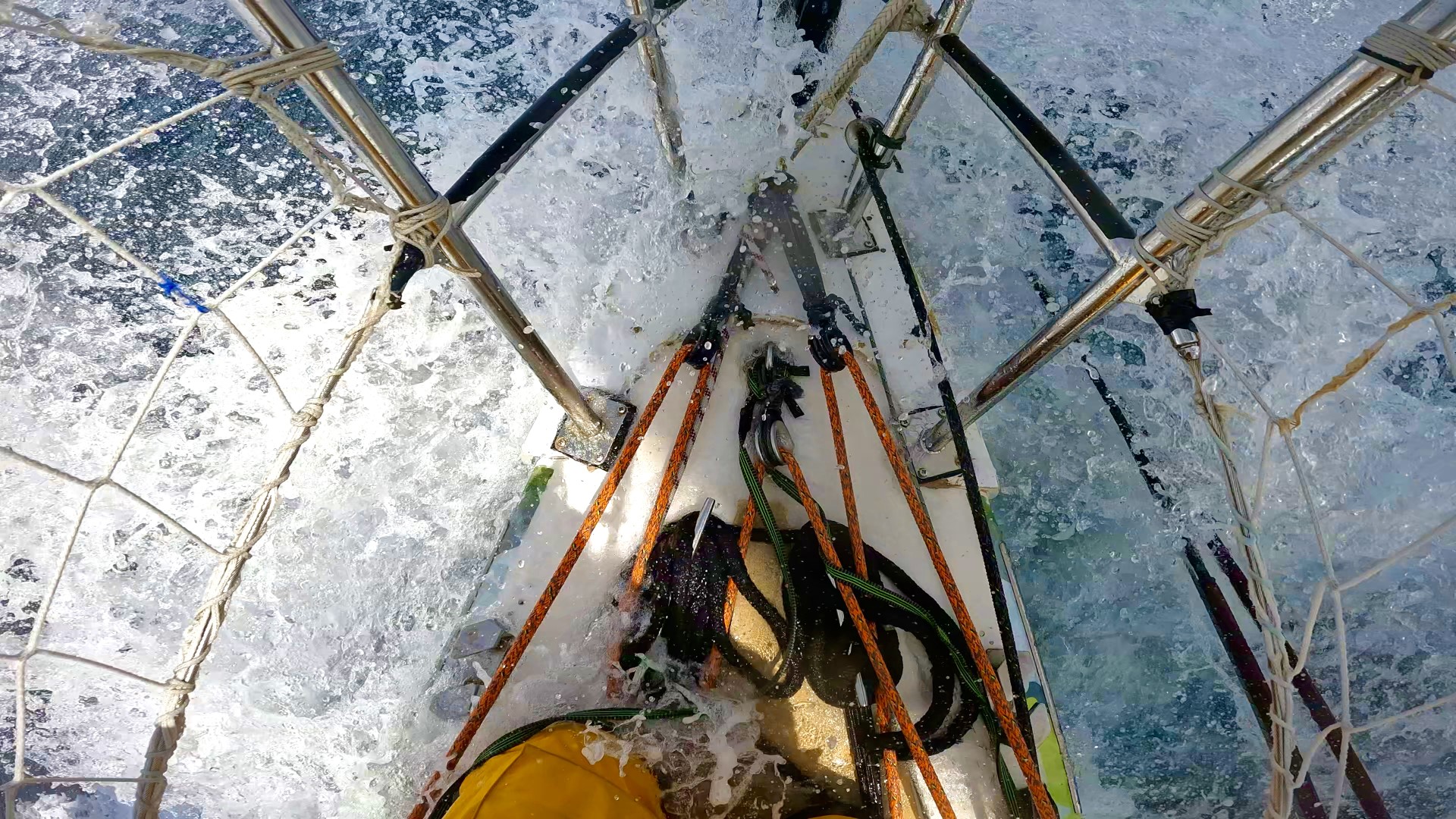 This was more like the brochure - the fleet were treated to day after day of fast downwind surfing conditions with boat speeds of over 20 knots and occasionally up to 30 knots. There are very few experiences on a boat better than pointing the bow of a Clipper 70 down a large wave and holding on as the boat accelerates, with the familiar noise of the hull surfing and jets of water spouting up on either side like fountains...exhilarating stuff!!

Punta del Este decided on a more northerly track whilst Unicef and a couple of others went south. The rest of the fleet filled the gap in between although they began to stretch out from west to east.

The leading three teams stayed south long enough to sweep up the bonus points courtesy of the Scoring Gate and then proceeded to slowly pull away from the pack.

After many days of gybing and surfing, the fleet came back together again, crossed the International Date Line and proceeded to race directly along the rhumb line making sure to stay just below the 45° Northern Limit. Conditions for this were near perfect and impressive boat speeds were maintained, rapidly now clocking off the distance to go to the finish line.

The next phase of the race was the Dell Rugged Ocean Sprint – a section of approx. 270nm which all teams passed through and recorded times. Bonus points again were on offer for the three fastest teams across. Once the sprint section was completed, only 600nm lay between the fleet and glory.

A game of tactics

As abruptly as they began, the downwind conditions changed to a complex patch of weather giving the fleet yet another challenge – this time more tactical than physical. 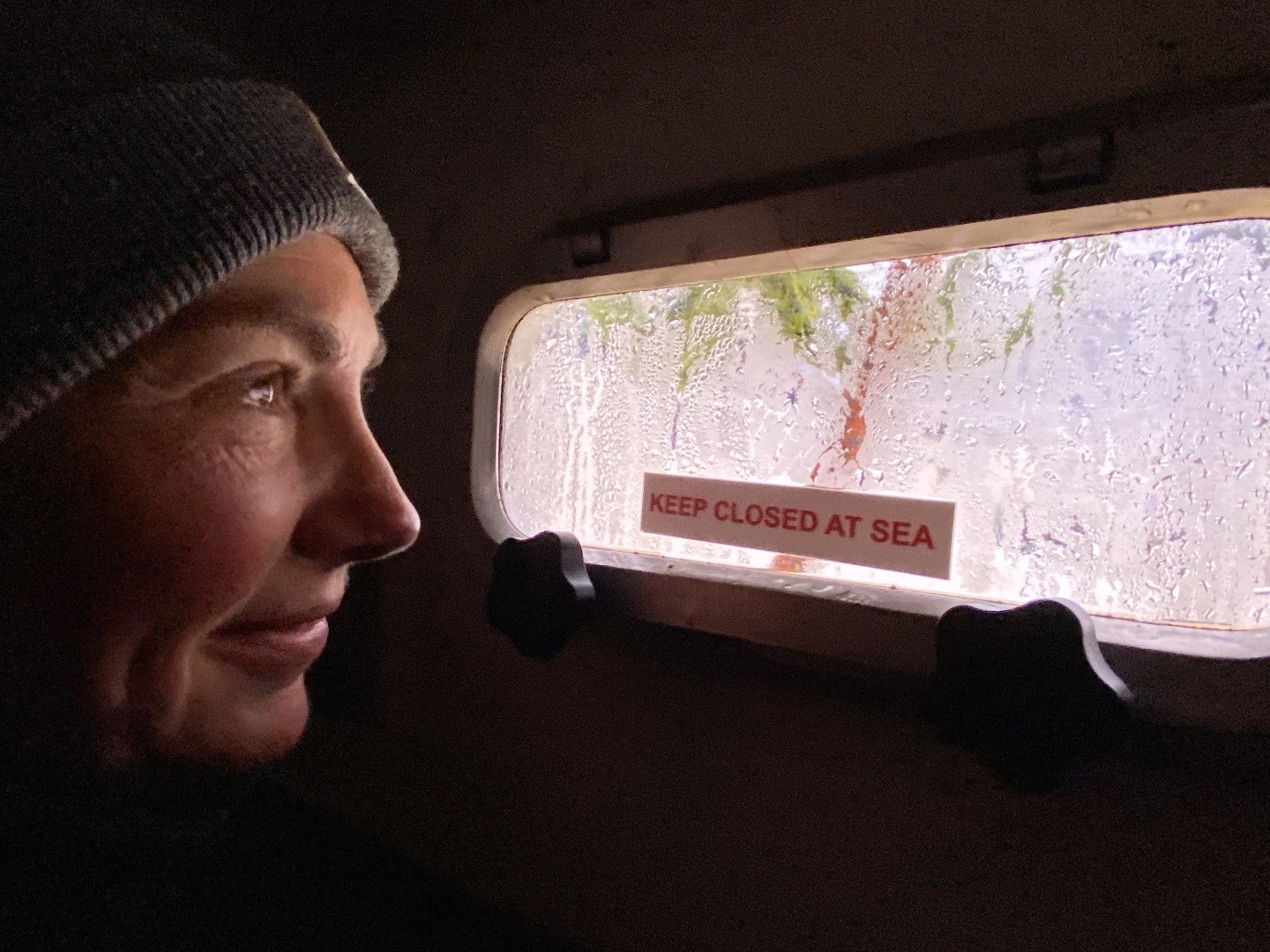 As the weather systems enveloped the fleet it was clear that this was to become an interesting and rather complicated last few days of racing. In a twist that was to seem a little unjust, the North Pacific had one final hurdle to deliver – a very light area of fluky winds sat right between all teams and the finish line…how cruel.

The Race Viewer addiction increased exponentially amongst supporters (and Clipper Race Staff) as the fleet did their utmost to navigate through nature’s complexities and make best speed towards the line. This type of light wind sailing demands intense concentration on sail plans and trim, made extremely difficult on top of 30 days of tough racing.

The winds were coming and looking good from the south. It was clear that the westerly boats would pick up the fresh breeze first and start to sail fast directly at the finish line. It was agonising for the leading boats in the east as they could do nothing but watch their competitors gain mile after mile every hour – a very difficult situation to observe after so much intense effort of the previous 5,500nm.

The net result of this was the concertina effect as the back markers closed right up on the leading boats and only a couple of days from the finish line there was less than 200nm separating first and last. This is deemed to be a very close pack after a North Pacific Ocean crossing and simply added to the excitement.

Once the southerly winds arrived and made contact with the whole fleet, normal service was resumed, and all teams started racing towards the line at an average of 10 knots. 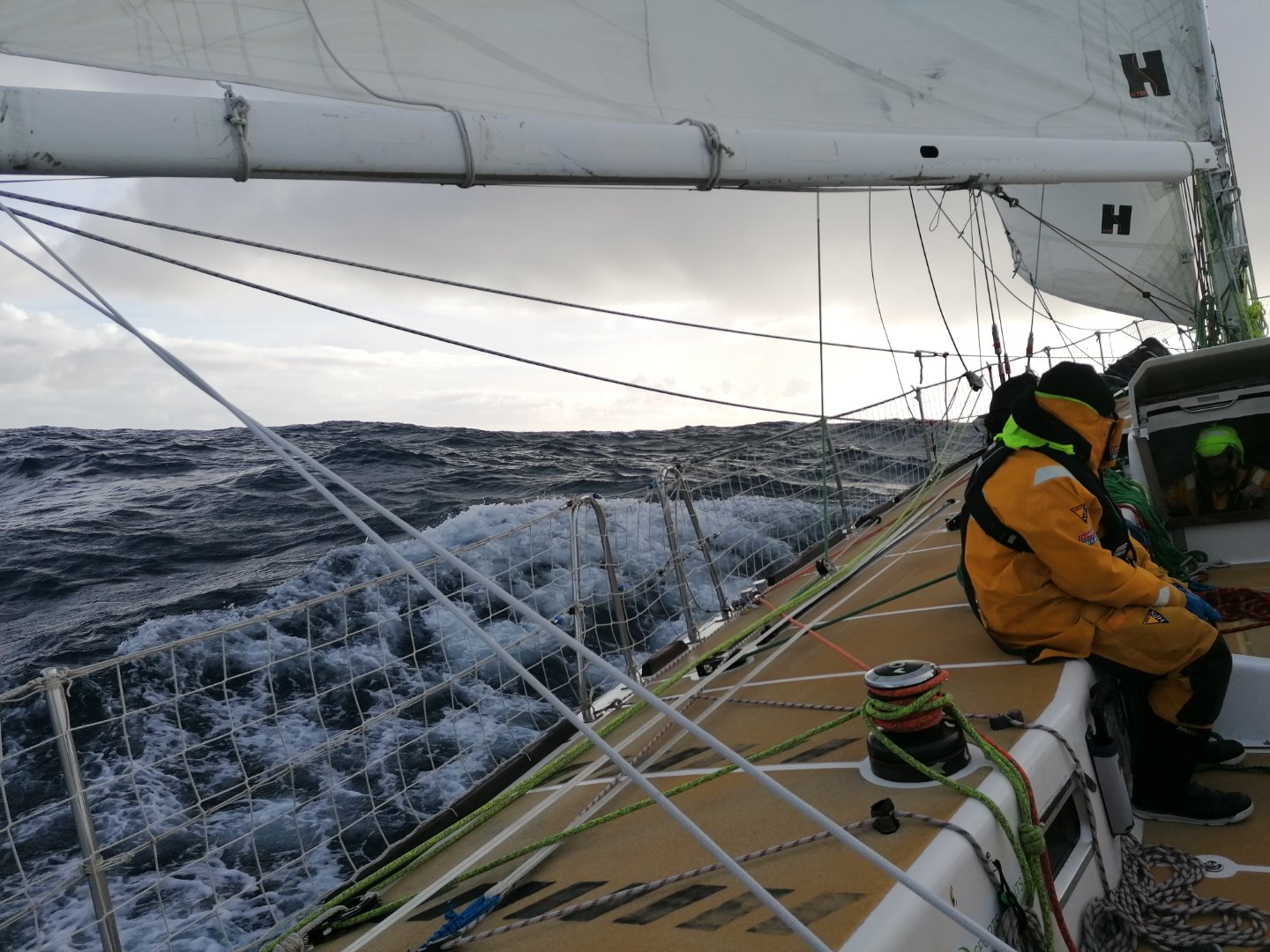 One final push through some lighter winds right at the line and it was over. WTC Logistics took line honours and a magnificent first place, closely followed by Unicef in second place and Punta del Este completing the podium in third place.

The end result of Race 10 will be the biggest achievement and sense of pride that any sailor can feel and a smile to match, as the dream of conquering the mighty North Pacific Ocean becomes a reality. 6,100nm in total, 35 days at sea and a huge accomplishment.

After over a month at sea, and an exceptionally close finish, WTC Logistics has claimed the win in Race 10: Sailing City - Qingdao Cup, crossing the finish line at 1830 UTC. The team, led by Skipper Dan Jones and First Mate Ineke van der…

Time Penalty for Zhuhai and Dare To Lead on Race 10

The Clipper Race fleet has started to cross the International Date Line, a big race milestone in Race 10: Sailing City - Qingdao Cup. On 12 April, Punta del Este reached it first at 0103 UTC, followed by WTC Logistics at 0300 UTC and then…

In the coming days, the Clipper Race fleet is set to tick off the next big Race 10 milestone -…