Clipper Ventures co-founders William Ward and Sir Robin Knox-Johnston had the honour of ringing the Opening Bell at the Nasdaq Stock Market in Times Square this morning to celebrate the Clipper Race being in New York in the 20th anniversary year of the business.

Business competitors have come and gone but over the last twenty years, since the first race started in 1996, the Clipper Race has gone from strength to strength to become the world’s biggest and longest. With crew numbers at record levels and a healthy portfolio of sponsors, it is the most successful ocean racing business of its type in the world today.

“We have brought the business a long way in the last twenty years,” says Clipper Ventures CEO William Ward. “There is no one else operating a global ocean race like this and it has continued to grow with the latest fleet of twelve 70-foot purpose-built yachts creating expanded capacity with over 700 participants representing more than forty nationalities in the latest edition of the race. Add to that our impressive portfolio of sponsorship partners representing consumer and business brands, as well as some of the world’s leading destinations, and you can see what a successful formula it is.” 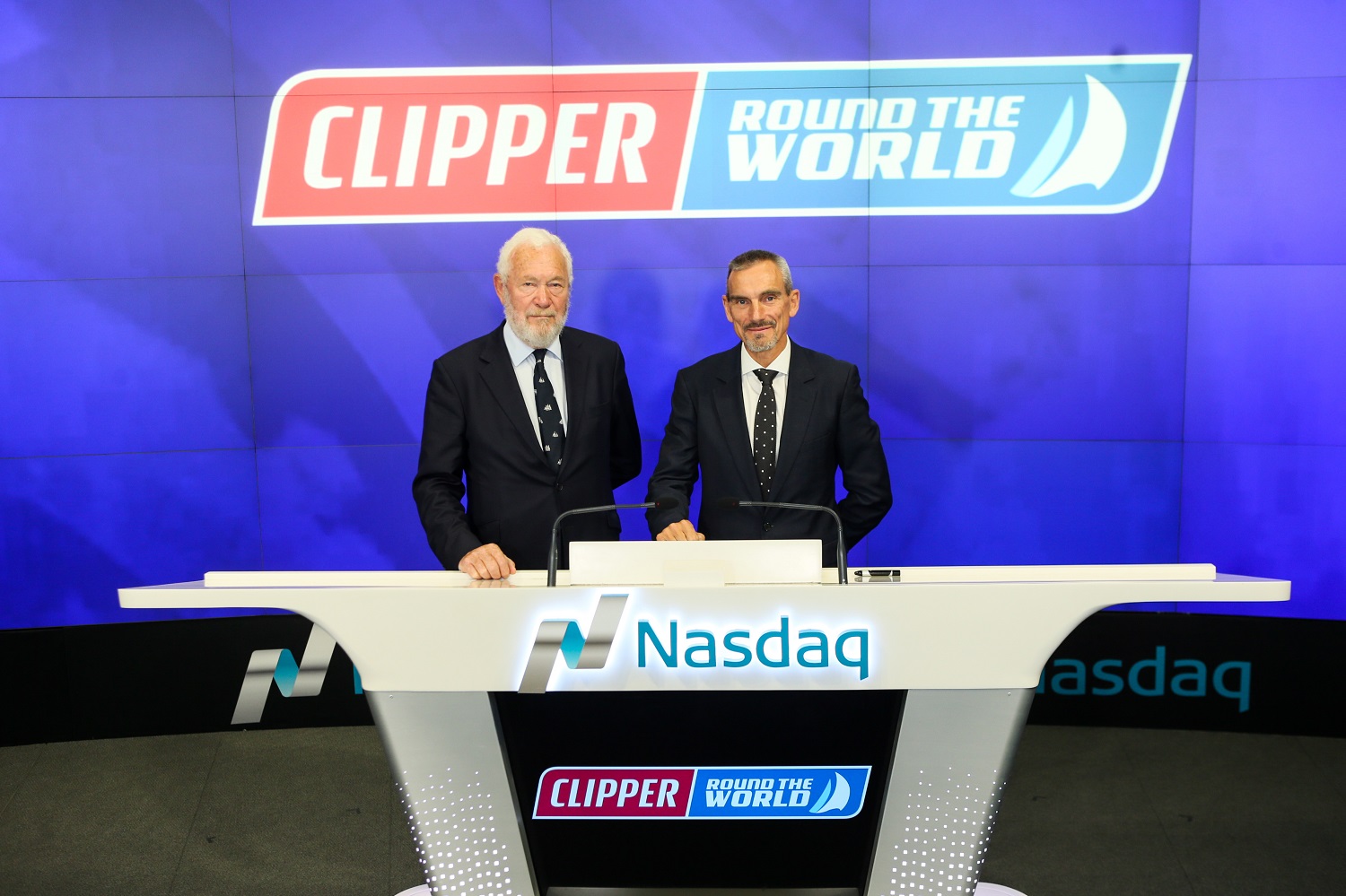 Chairman Sir Robin Knox-Johnston adds that the company has created a network of thousands of crew, business and government leaders around the world. “In my opinion we have created a powerful business event integrated into the adventure of ocean racing, a floating trade mission where partners activate in their most relevant markets.

“I am very pleased with what we have achieved over the last twenty years, transforming thousands of crew through their experience, and boosting trade and tourism, among many other important objectives, for our partners. I think it is very symbolic to be marking our arrival in New York during our twentieth anniversary year by being invited to ring the Nasdaq Stock Market opening bell. Thank you Nasdaq.”

Clipper Ventures is heralded by the UK Government as a GREAT British success story. The race is featuring in the ‘GREAT’ campaign promoting the UK around the globe for business, investment, tourism and more. Clipper Ventures works directly with the Prime Minister’s office in London which coordinates the GREAT campaign and uses the Clipper Race to promote Britain. Prime Minister Cameron recently appointed Chief Executive William Ward as a GREAT ambassador.

Welcoming William and Sir Robin, and members of the race crew, to the Stock Exchange host Will Briganti, Nasdaq's Director of Corporate Communications, said: "The Clipper Race requires the ability to combine individual excellence and superb teamwork and the competition demands the ability to demand world class performance regardless of the conditions. These also represent Nasdaq's core values as we thrive to be the catalyst of thousands of companies to ignite their ambition. For 45 years Nasdaq has been home to entrepeneurs, great champions, dreamers and doers who believe in hard work, dedication and team work. It is an honour for Nasdaq to have the Clipper Race founders here today to ring the Opening Bell in New York from the cross roads of the world." 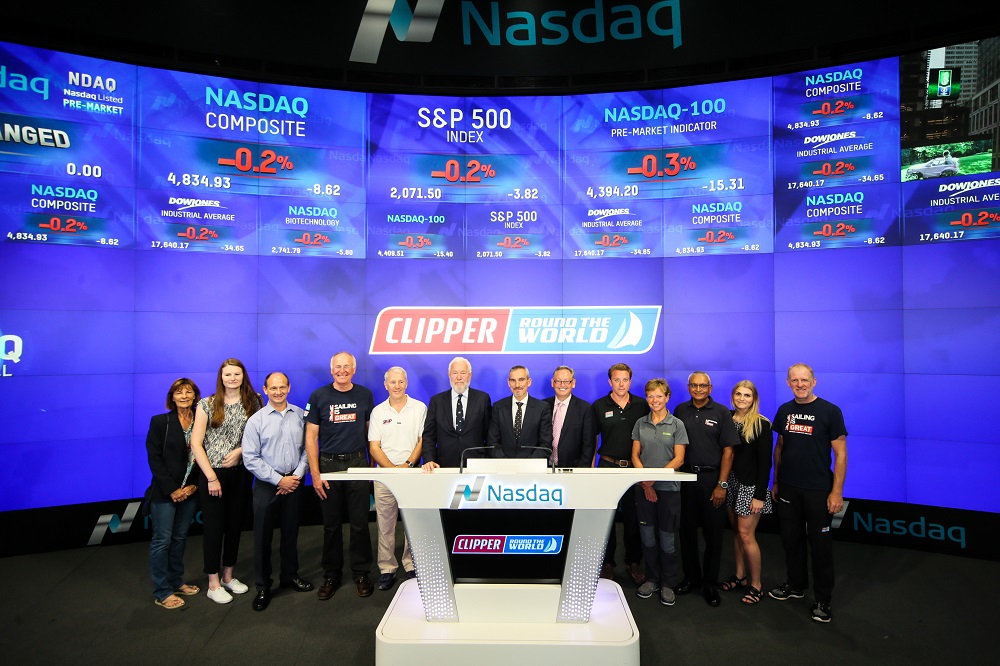 The Clipper Race was originally named after the 19th Century tea Clippers that raced each other back to London. Over the past 20 years it has developed a strong global network of destinations with well-established government and business links. Olympic sailing venue Qingdao in China has the longest partnership with the race spanning six editions over twelve years and has been key in developing the city’s status as China’s ‘sailing city’ as well as promoting the wider economy and international trade.

During partner activation in New York, brand sponsors such as Garmin and UK FinTech company LMAX Exchange, or destinations such as GREAT Britain, Visit Seattle and Da Nang - Viet Nam, will hold a wide range of events on and off the water.

Since the Clipper 2015-16 Race left London on 30 August last year it has Brazil, South Africa, Australia, Vietnam, China, Panama as well as both US coasts. It departs New York on Monday 20 June on the start of its Homecoming Leg which stops in Derry Londonderry, Northern Ireland and the Netherlands before returning to London’s St Katharine Docks on Saturday 30 July.

With the Manhattan skyline forming a stunning backdrop at sunset the prize-giving ceremony for Races 10 and 11 took place at Liberty Landing Marina following the conclusion of The LMAX Exchange – RACE of THE AMERICAS.All the teams gathered to celebrate the end of US…

“Worn out but absolutely ecstatic.” The emotion on Simon Parker’s face and in his voice is clear as he finally arrives into Liberty Landing Marina. Like his fellow Clipper Race crew, he has just completed the Leg 7 US Coast to Coast race from Seattle…

As the teams continue to arrive at Liberty Landing Marina after crossing the Race 11, LMAX Exchange – RACE