Clipper Race CEO William Ward along with crew members who are raising money for Official Race Charity Partner, Unicef, were invited to an inspirational Isibindi Safe Park in Grabouw, around an hour’s drive away from Cape Town. Initiated in response to the HIV epidemic, which left many children orphaned or vulnerable, Isibindi is a community-based programme that strengthens families and helps to protect children from abuse, neglect and violence.

Every day in South Africa, hundreds of trained Isibindi Child and Youth Care workers serve the most vulnerable children and families in their communities. The name “Isibindi” means courage in IsiZulu. Led by the Department of Social Development (DSD), and coordinated by the National Association of Child Care Workers (NACCW), child and youth care workers are drawn from unemployed members of the community and receive accredited training to deliver home visits to vulnerable children and their families.

The model is a community-based response to the HIV/AIDS crisis as well as children made vulnerable for other reasons. The model provides for employment of child and youth care workers (CYCWs) who deliver community and home-based services to vulnerable children.

Through working with Unicef, the Clipper Race has helped to raise funds for many projects across the world that support vulnerable children such as the Isibindi Grabouw project, which officially opened its doors in January 2009.

Upon visiting the project, William Ward explained: “This is the second time that the Clipper Race has had Unicef as its Official Charity Partner and we will make a difference. You can’t help but feel proud.”

The project falls in the Threewaterskloof Municipality and employs 31 CYCWs and one project manager. It includes Safe Parks, which are areas of land specifically set aside for the recreational or educational pursuits of children where they can come after school and on weekends for a meal, to play, read, garden, sing, and dance, do homework or simply receive love, nurture and support. 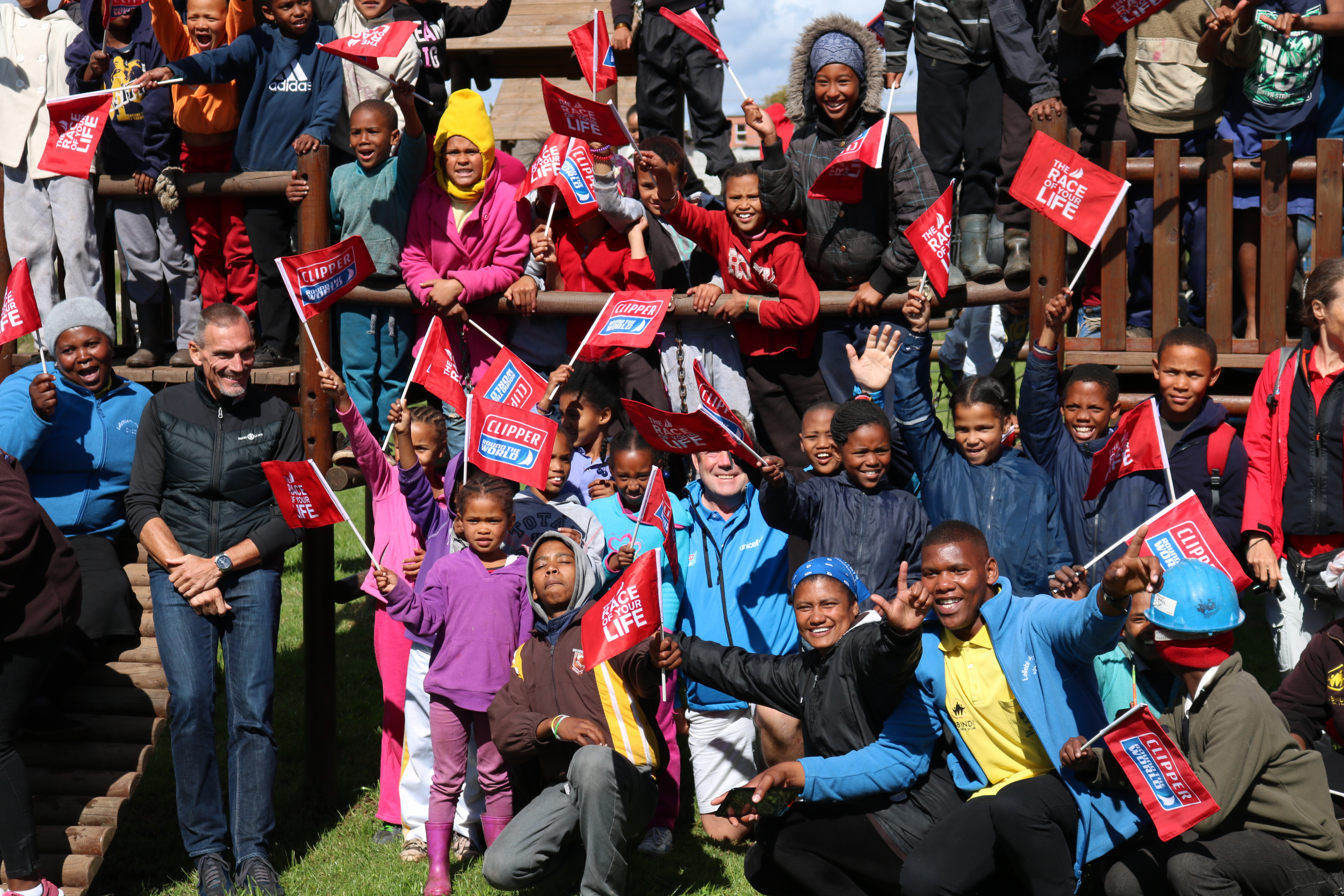 William adds: “When you come out to these places and see what little they have, it does galvanise you. And yet, they’re still happy, the kids are having a great time and it’s not all doom and gloom. There’s a lot of really, really good work and the helpers here have just been amazing.”

The Clipper Race crew represented many of the teams across the fleet including Liverpool 2018, Unicef, Garmin, HotelPlanner.com. Dare To Lead, Visit Seattle, Sanya Serenity Coast, GREAT Britain and Nasdaq and got to meet the children before helping to provide them with lunch. 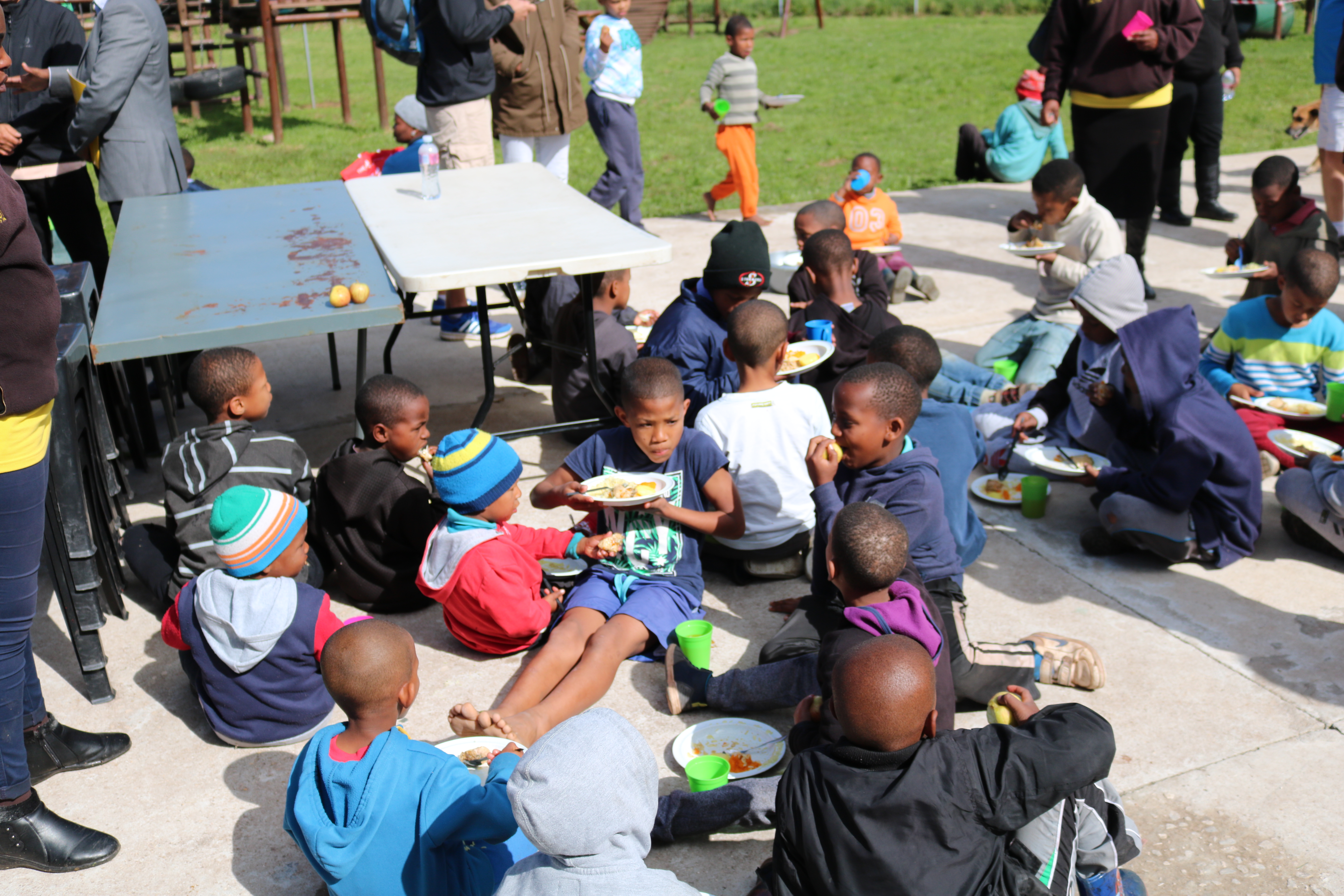 Rose Todd, a circumnavigator on board Qingdao said: “I feel really humbled and privileged to be here. It puts our whinging from on the boats into perspective really and these guys are just inspirational.”

David Smith, a Clipper Race crew member who is completing Legs 1, 2 and 3 on board Garmin, said that he found the visit a pretty humbling experience. As Unicef’s Charity Champion on Leg 1, David was keen to see how the fundraising is used at Unicef’s projects and said: “I left feeling that this was a good example of where Unicef spends money wisely. I talked to a boy who played chess and he said that he was good but only played at school so I am going to buy him a chess set before I leave Cape Town.”

As part of the itinerary, the crew also visited the homes of a couple of families that are supported by the Isibindi programme and listened to their moving stories of how they have been helped by CYCWs in the face of adversity.

Viniah Ndaba, known as “Granny”, welcomed the crew in to her home and explained that her grandchildren (Sinovuyo and Manwabe) lost their mother to tuberculosis at an early age and, while they were grieving, had to contend with lack of formal birth and death certificates which affected their access to social grants and to schooling. The death impacted badly on the children and a CYCW helped engage with the family to support with documentation and to put some routines in place for the children and to set up boundaries.

Granny Ndaba kindly shared with the crew some items from the family’s memory box which CYCW helped to put together so that the children can remember their mother and important moments in their lives. Thanks to their work, both children are now doing well at school and receive homework supervision and support from the CYCW. 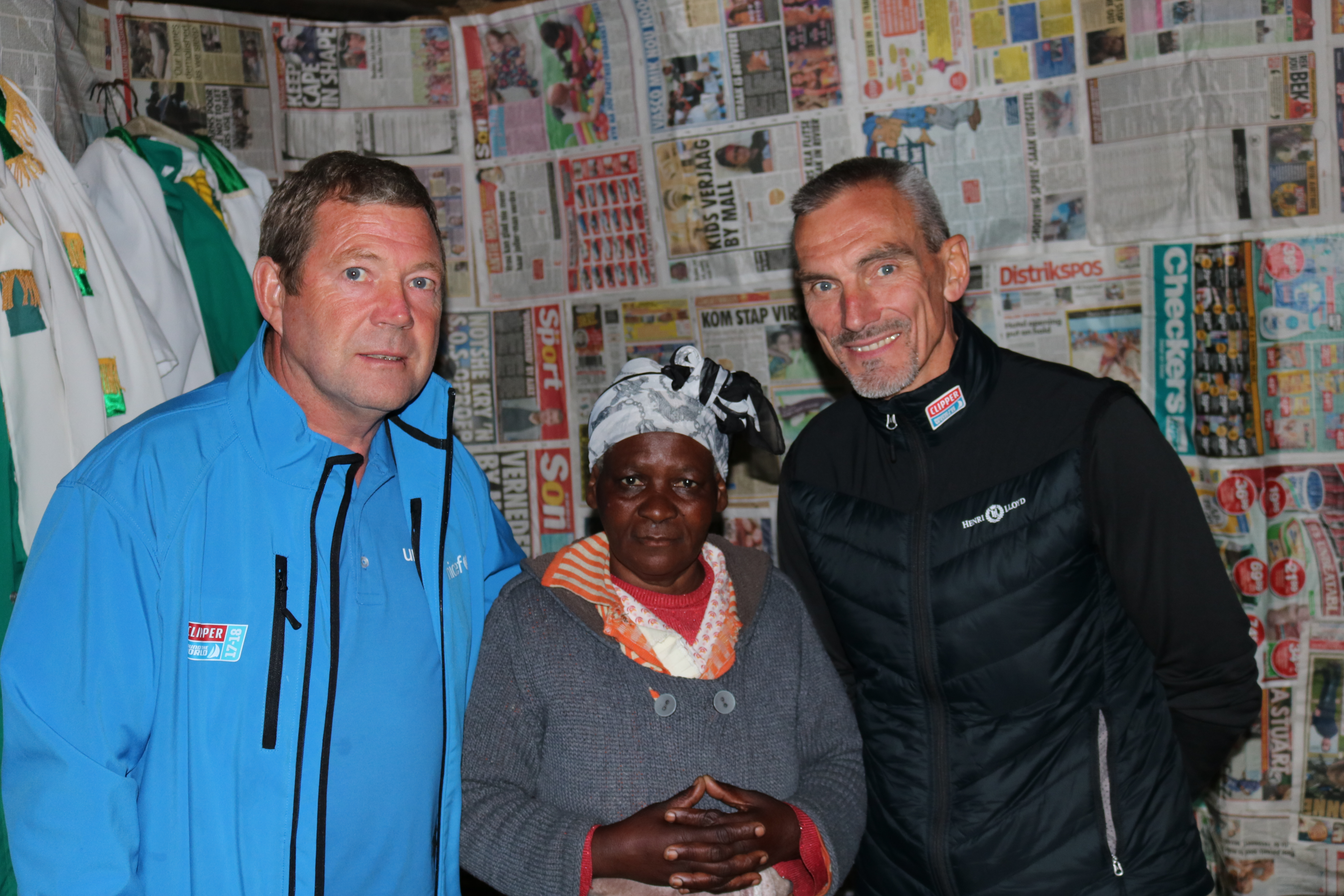 After meeting Granny Ndbaba, the Skipper of Unicef, Bob Beggs said: “It’s a very emotional day. Many of us had tears in our eyes seeing how the help is going and seeing the real problems that people face out here.

“The work of the charity is paramount overall to the race and to come out here and visit the project and see first-hand what Unicef funding does has been fantastic.”

Both William and Bob gave a video presentation of the Clipper Race to the children to inspire them and invited them to come and tour the Unicef boat. Many of the children had never been on a boat before and were given the opportunity to try their hand at many sailing activities while the boat was berthed up including testing their strength on the coffee grinders, which help to hoist the sails. 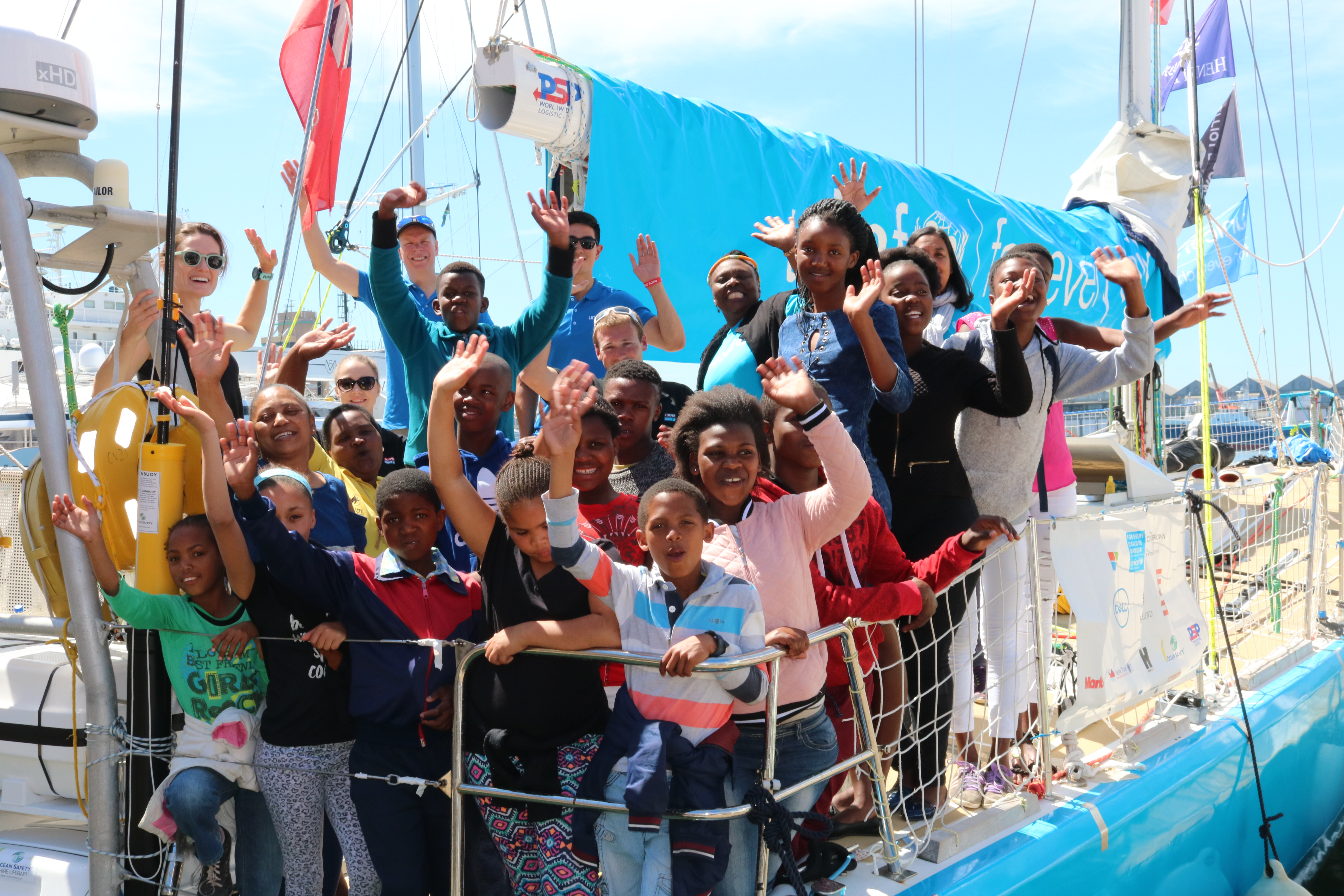 Sinah Moruane, from Unicef South Africa, said: “Coming here today, the kids were very excited. We were told how the team work together in order to ensure that this race becomes a success and they were taken through every aspect inside the boat. We really enjoyed this day and we wish all the crew happy sailing! Thank you for the good work you are doing for Unicef – not only the contributions but the awareness you are creating throughout the world.”

This week, the Clipper Race is celebrating all things fundraising as we launch the first-ever fundraising week in aid of race charity, Unicef UK. Kick-starting the celebration, where we recognise the fundraising efforts of our intrepid crew and encourage further donations, we caught up with…

Ocean racing veteran Bob Beggs is returning to the Clipper Round the World Yacht Race, to lead the Unicef team…

With a fantastic £60,000 already raised by our international crew for race charity Unicef as they prepare to race across…