The arrival of the Clipper Race fleet in Da Nang not only heralds the hosting of a great sporting and cultural event in the city, but also represents an international programme of business and tourism development as our partners engage with this floating trade mission to promote global commercial and investment opportunities.

“The Clipper Race is a good opportunity for Da Nang to promote our name to the world,” explained the city’s Director of the Department of Foreign Affairs Mr Lam Quang Minh. “Because Da Nang is a small city not many people know about us. After this I’m sure that the whole world will know about Da Nang city.

“We are a very young and dynamic city in the centre of Vietnam and now we try to attract more and more investors to the city. We also want to promote tourism attract environmentally friendly industry so we can develop a stable economy.

“We are prioritising IT and we want to develop a Hi Tech park and an international university, or an international hospital, so we can serve the foreign community in Da Nang and central Vietnam. We’re also located strategically on a major trade corridor.”

As part of the growing relationship with Vietnam, the UK Government has organised a number of trade promotion and networking events as part of the GREAT Britain campaign attended by senior officials and business leaders in key sectors, building on the country’s reputation for innovation and technology demonstrated by the Clipper Race fleet.

The British Ambassador to Vietnam, Mr Giles Lever, travelled from the embassy in Hanoi to attend the Clipper Race networking events and reception in Da Nang. He said: “I think the Clipper Race coming to Da Nang is a great thing for the image and profile of the UK in Vietnam and a good opportunity for us to highlight our commercial messages.

“Firstly the race signifies innovation, adventure, team work, and a spirit of daring do. Those are all qualities that the Prime Minister David Cameron, before his visit to Vietnam in 2015, said were qualities that British businesses needed to succeed in the 21st century and to develop their markets in East Asia.

“Secondly the race is a great opportunity for us to highlight British technology on the boats themselves, British design, branding and marketing strengths, which is an area where Vietnam in general and Da Nang in particular is really looking to the outside world for inspiration.”

The Ambassador went on to highlight how the Vietnamese economy is growing and creating new trade and investment opportunities in the process. He added: “Vietnam is one of the most dynamic emerging economies in South East Asia. It’s had GDP per-capita growth that was the second fastest in the world after China and it’s a country that’s going places.

“There’s a population of 90 million people who are well educated with a Government that’s committed to greater economic opening and what they call international integration. GDP growth here last year was 6.8 per cent which puts Vietnam in a very strong position compared to other regional economies.

“Da Nang is a city that is working very hard to put itself on the international map through events such as this and we have the British expertise and British Partnership to help them do that. Although some countries in East Asia have been hitting some more difficult times recently but Vietnam, in contrast, has rebounded from a couple of tough years and strengthened its growth. Their import demand is projected to be one of the most fast growing in East Asia.” 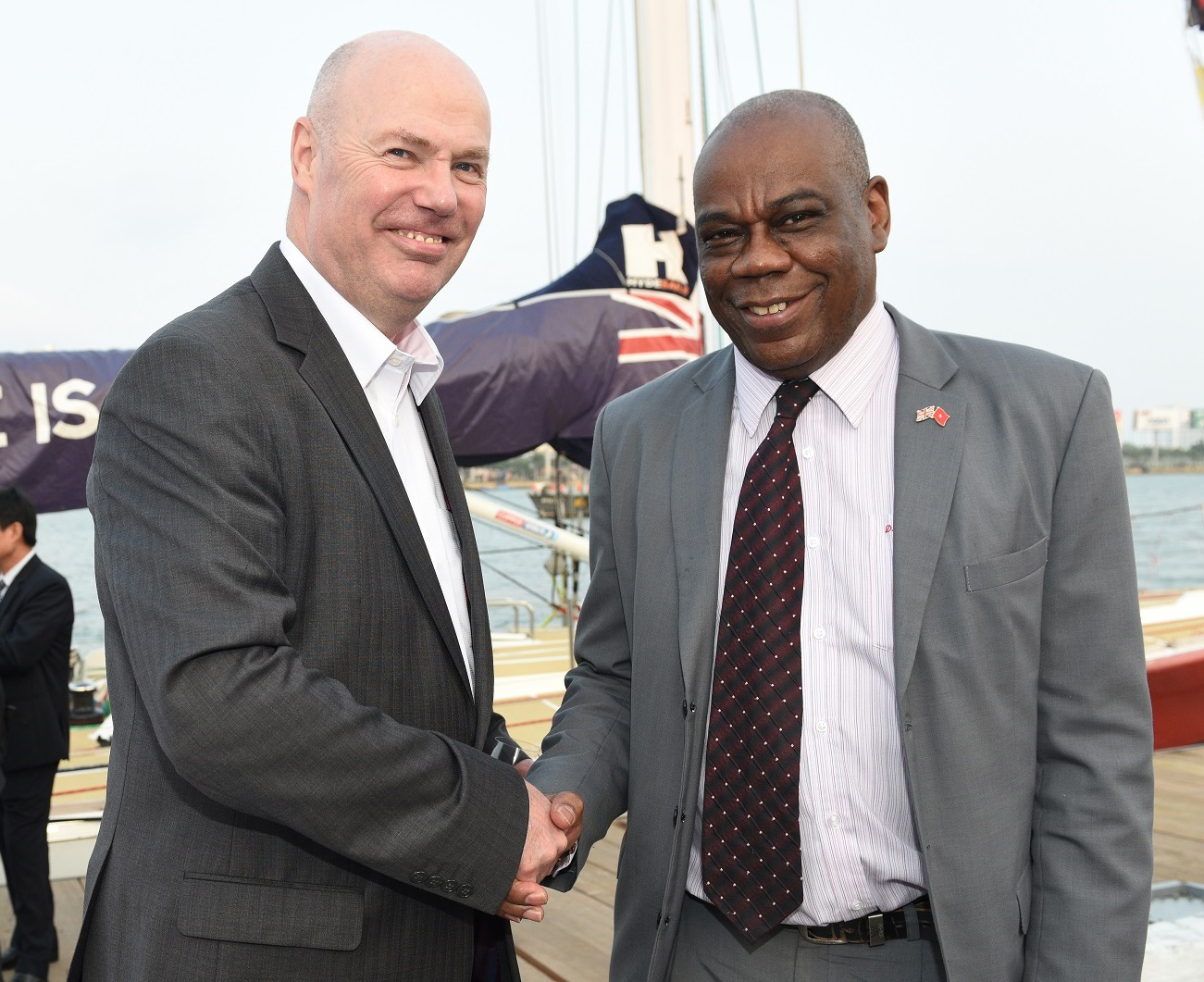 This perspective was endorsed by another Clipper Race partner and team sponsor PSP Logistics, which has been the official logistics partner to the race for eight years. Its Chief Executive Frank Dixie attended the networking event (pictured here with the British Consul General to Ho Chi Minh City) and is developing a long term interest in the region. He explained: “We see Vietnam, amongst all the countries that the Clipper Race has gone to, as probably the most exciting; it’s an emerging nation and, as such, intra-Asia trade is about to explode, as well as outside and into Europe.

“For us it’s a great opportunity to network with all sorts of people around the world, it’s something we would never miss. I’ve been coming here for the last ten years, so I’ve seen so many changes and they’re all for the better. So for me it’s a great area to start trading in and to get to know people. We’re going to pick up some great contacts while we’re here. We already know that. So it’s created a lot of interest from all of our clients, suppliers and everyone.

“My advice to anyone interested in new business opportunities is just to get out here, because places like Vietnam are the places to be.”

The British Ambassador emphasised this advice. He added: “I hope the combination of the rapidly growing Vietnamese economy and a very good bilateral relationship between our two governments and the advent of the EU Vietnam free trade agreement, which is being negotiated and will come into force in 18 months or so will contribute to significantly strengthening the British presence here.

“We have a lot of what the Vietnamese want in terms of education and training, science, innovation, professional and financial services, infrastructure and high quality retail – these are all areas where the market is expanding rapidly in Vietnam.”

On Thursday afternoon (25 February) Da Nang is also organising a Business matchmaking event to bring together Clipper Race partners and crew with business interests to meet with potential customers, suppliers and service providers from the City.

The Director of the Department of Foreign Affairs Mr Lam Quang Minh added: “I discovered that many of the crew are also businessmen so we have organised a workshop to look at business opportunities in Da Nang. So I hope you and your crew and the Clipper Race can help to introduce more and more people to know Da Nang city around the world.”