Australian Skipper Wendy Tuck has arrived home into Sydney, with a fleet of five supporter yachts accompanying her team Da Nang Viet Nam through Sydney Harbour and into the marina at the CYCA.

An emotional but happy Wendy had a big fan base to welcome her in to her home yacht club as her team arrived in in ninth place on Race 4 from Albany, Western Australia.

Da Nang Viet Nam was followed by the arrival of Derry~Londonderry~Doire and ClipperTelemed+ shortly afterwards in the culmination of Race 4, the Elliot Brown Timekeeper Cup. 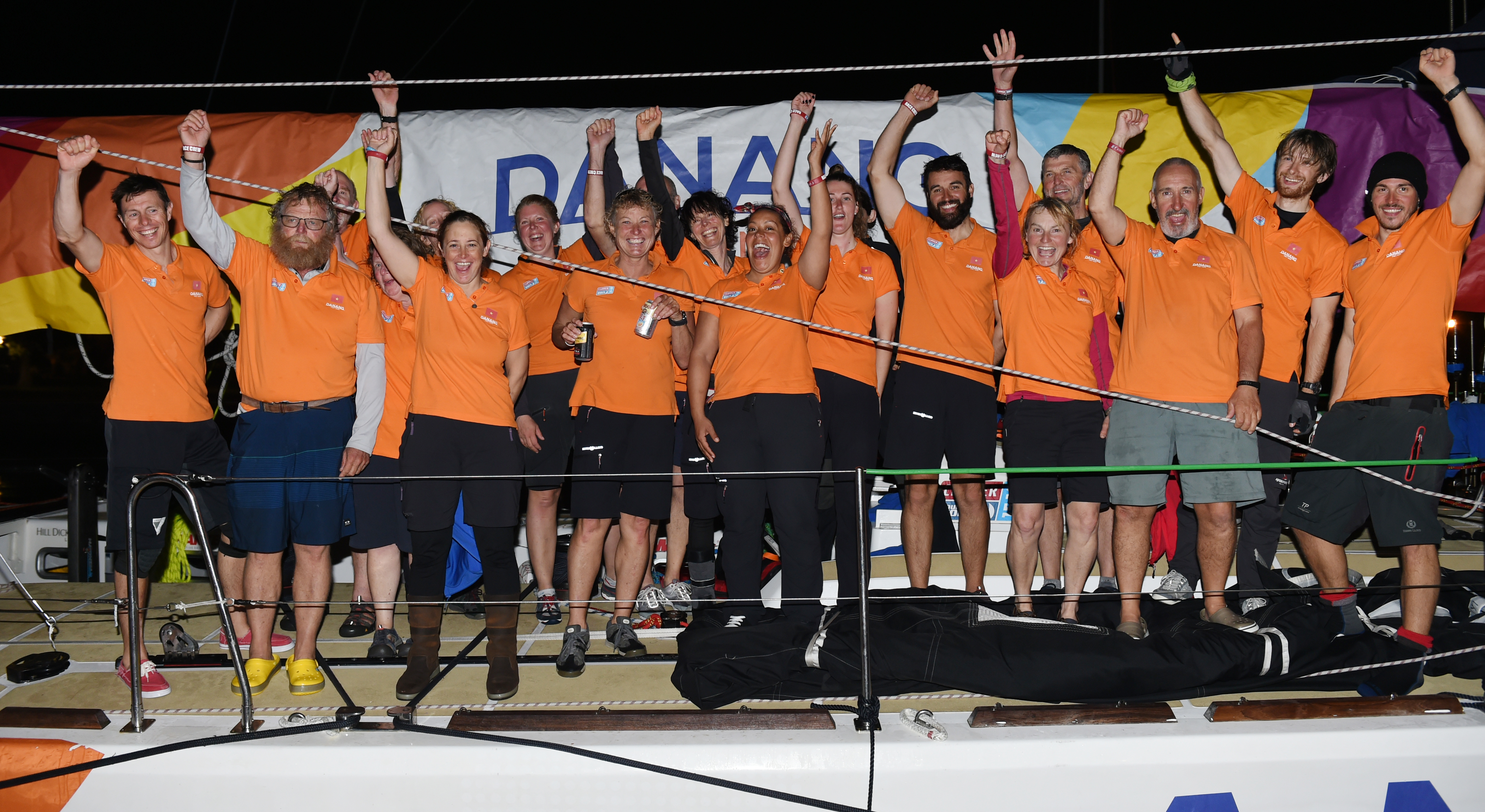 Wendy said upon arrival: “This race had it all. It has been tough, it’s been upwind pretty much the whole way. We actually saw waterspouts coming towards us across the Bass Strait which was a bit scary. I’d seen those in the past but not so close and not out on the ocean, so that was a bit challenging!

“It was especially tough today when the wind was light and it didn’t build at all.

“Before we left Albany, every crew member told me they wanted to do me proud, you’re going home, we want to sail our best for you, and they did. They just did phenomenal.

“All my friends and family keep telling me what a big deal it is that I’m doing the race and how impressed they are, but when I think about it, I don’t see it as such a big deal. I just love sailing. My emotions come in waves. I was just so excited to come in to my home, and see everyone today,” Wendy added.

Derry~Londonderry~Doire arrived into Sydney in tenth place at 0130 local time. 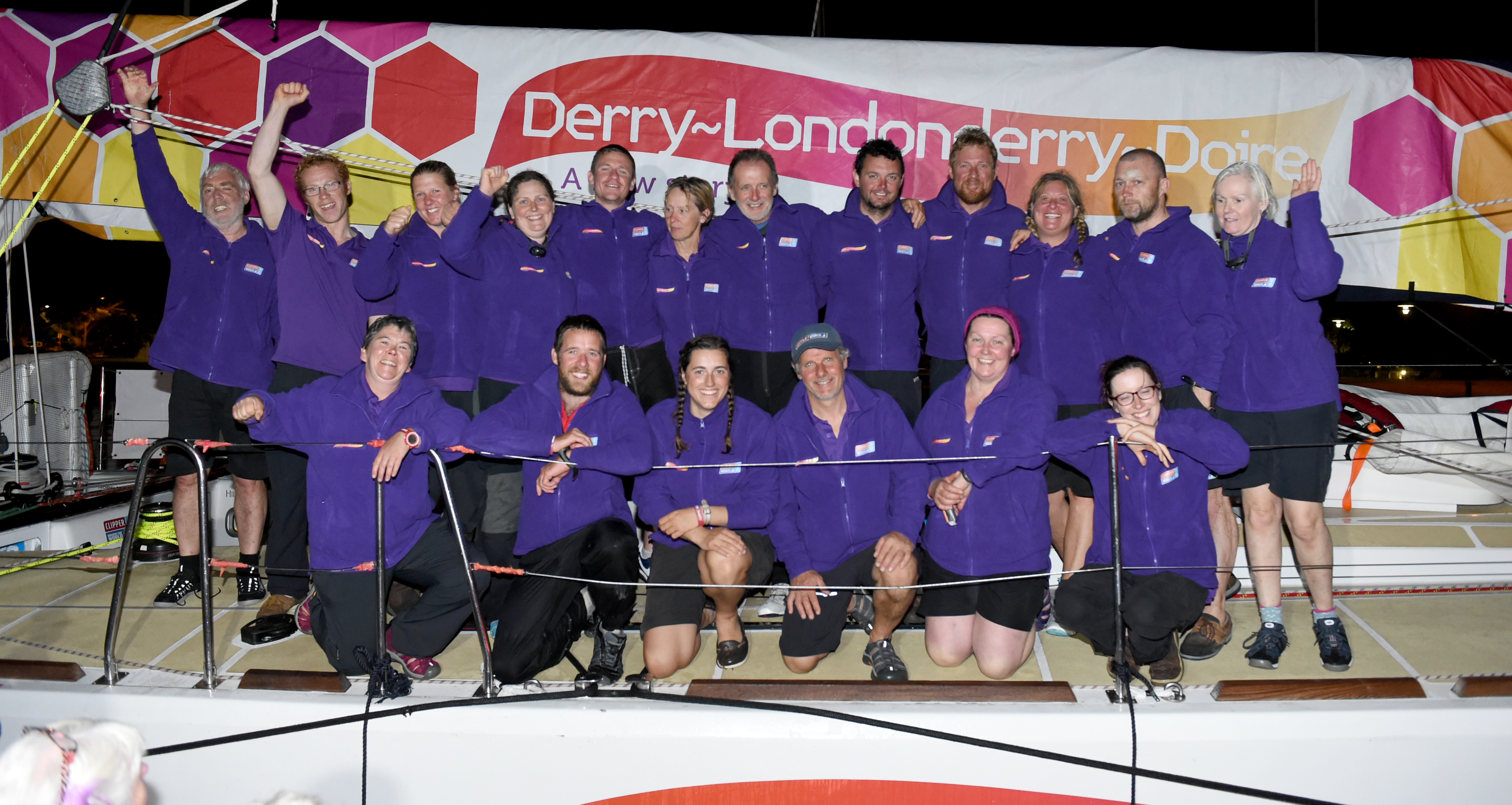 Skipper Daniel Smith said despite being short, Race 4 had been very tough.

"We’ve had massively mixed conditions. We had had a lot of very heavy weather sailing into the wind which was very uncomfortable sailing to begin with. Very very choppy, confused water getting around Tasmania and all the way up the Bass Strait. Also, one of our round the world crew Mike Gaskin fell and broke his ribs so that was another part of the race which was hard for the crew, but overall we had a great performance and we’re happy to be here.

"We have had our first taste of the Bass Strait so know what to expect now for the next two times we’ll be racing in it.

"The last 24 hours racing were tricky. We had mixed weather conditions and towards the end, very little wind, getting to the stage when we were actually going backwards. It was very frustrating and we had to work really hard to keep going. We are all very happy to be in Sydney and are looking forward to spending Christmas in Sydney," Daniel added.

ClipperTelemed+ Skipper Matt Mitchell and his team arrived in at 0200 local time in eleventh place. 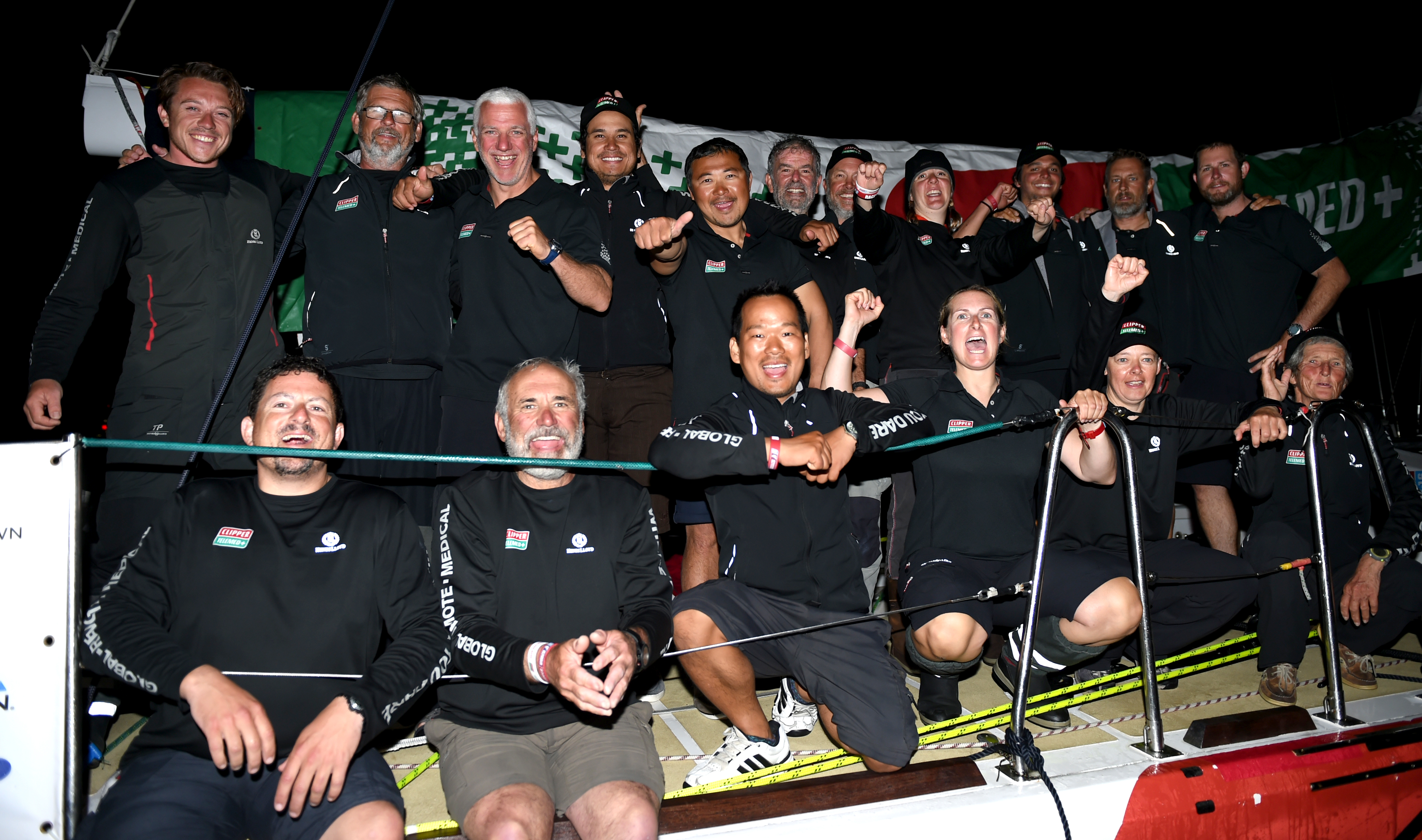 Matt described his team's challenges: “It has been a long race. I am very tired due to the conditions and the length of time required to be awake to deal with the mix of weather.

“We treated this race like two races, the first being a hard upwind slog down to the bottom of Tasmania, then the second part being up to Sydney. The first week was punishing – big waves, big swell and 70 knot winds right on the nose. It was tough on everybody.

“We then ran into a wind hole which was frustrating, but when we saw Tasmania on the horizon it was a big moment for everyone. The wind then filled in and we had epic downwind conditions flying the spinnaker, and we managed not to break any sails.

“We then had more upwind conditions before the last 36 hours of extremely light weather. The crew have coped pretty well, but fatigue levels really set in as we had such little time after Race 3 in Albany to recover. We have effectively been at sea for seven weeks with only two days off to work on the boat. Motivation sometimes needed a bit of a boost and we had to take things easier which reflected in the schedules, but everyone appreciated we had to conserve crew energy because we had challenging conditions to sail in.

“We are achieving our objectives as a team, so everyone is buoyant and happy and pulled together as a team,” Matt added.

You can view all the Sydney arrivals images here in our gallery: https://clipperroundtheworld.com/news/gallery

In a final, cruel test to what has already been a punishing slog, the five teams still striving to reach Sydney are once again fighting headwinds and fickle airs in the Bass Strait, slowing their desperate efforts to finally cross the finish line.…