Strong headwinds followed by the wind dropping off in the harbour, has pushed back arrival times for the remaining five teams into Sydney.

IchorCoal, which was due in just ahead of midnight last night, ended up taking almost eight hours to cover its final 15 nautical miles. After drifting in the harbour, with the finish line in sight, the team finally crossed the finish line at 1955 UTC (0655 local) in bright sunlight, taking eighth position.

On arrival, Skipper Darren Ladd says: “No doubt about it, this has been a real slog! The team coped really well, but it was just continuously tough for the whole race which was quite surprising I think. Round the bottom of Tasmania we got a few hours of some pretty nice conditions but aside from that it was all strong, strong headwinds and across the Bass Strait where we had some really big seas and rough conditions, until in typical sailing fashion, the winds completely died off in the harbour on our final approach in.” 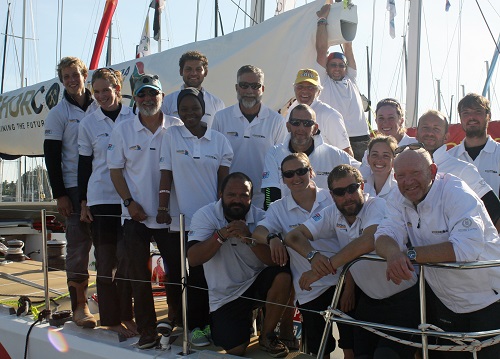 “We deliberately set out to improve our standing in this race, which hasn’t happened but it wasn’t from lack of trying and effort from the entire crew. We are confident in ourselves though and know an improved race position is coming soon for us, Darren added.”

After getting on the race in Cape Town, crew member Nicolette Horak, 44, will end her journey when she sails into her home region, the Whitsundays in mid-January. She says: “Being part of this team has been an incredible experience. This is a group of truly fantastic people and I’m really enjoying being part of such a large team.

“We’re getting closer to home now and I can’t wait for everyone to get to enjoy the Whitsundays. It’s a beautiful region. I’ve grown up sailing there with my own boat but these are much bigger and it’s a totally different experience. I am loving it.” 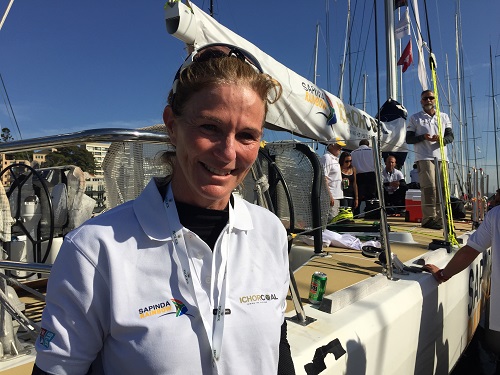 Due to the continuing light headwinds that are frustrating the progress of the fleet the Race Director has decided to collapse the fleet from the back, with the two teams furthest from Sydney, ClipperTelemed+ and PSP Logistics accepting eleventh and twelfth places respectively.

Da Nang – Viet Nam and Derry~Londonderry~Doire will continue to race, but the Race Office will monitor their progress closely. Although only 44 miles from the finish line as at 2300 UTC 13 December (1000 AEDT local time 14 December), these teams are currently estimated not to reach the finish line until this evening local time.

Click here to see all the latest updates on remaining team ETAs.

Having also come to a virtual standstill in extremely light airs, Da Nang–Viet Nam has accepted ninth place and will now also motor to make best speed to Sydney.The Race Director has offered the opportunity to accept current position to the remaining four boats which…

In a final, cruel test to what has already been a punishing slog, the five teams still striving to reach…