The winner of the Seattle Pacific Challenge, Derry~Londonderry~Doire, has arrived into Seattle this morning, docking in Bell Harbor, Pier 66, at 0800 local time.

Purple-clad friends, family and supporters, as well as representatives from race Sponsors and partners Seattle Sports Commission, Visit Seattle and the Port of Seattle, welcomed the team to the USA.

Upon arrival, the team's Skipper Dan Smith said: “It’s fantastic to be here. It has been a long, tough race with tricky weather. We are very glad to be tied up and have a crew that have done a great job.

“We have had a full mixture of weather. We had light winds to begin with, and then a lot of windy weather across the Pacific, with the wind direction changing a lot which was particularly hard.

“The strongest wind we had was about 60 knots of wind, the waves were big, although probably not the worst we have had. The seas were very confused though.

“We looked after the boat and we don’t have any big damage. There are two little things that need attending to, and a little bit of sail damage, but nothing major.

“It was a fantastic backdrop to see as we came into Seattle, with the snow on the mountains and the space needle.

“After the hat trick we are in second place overall, a good place to be and heading in the right direction,” Dan added. 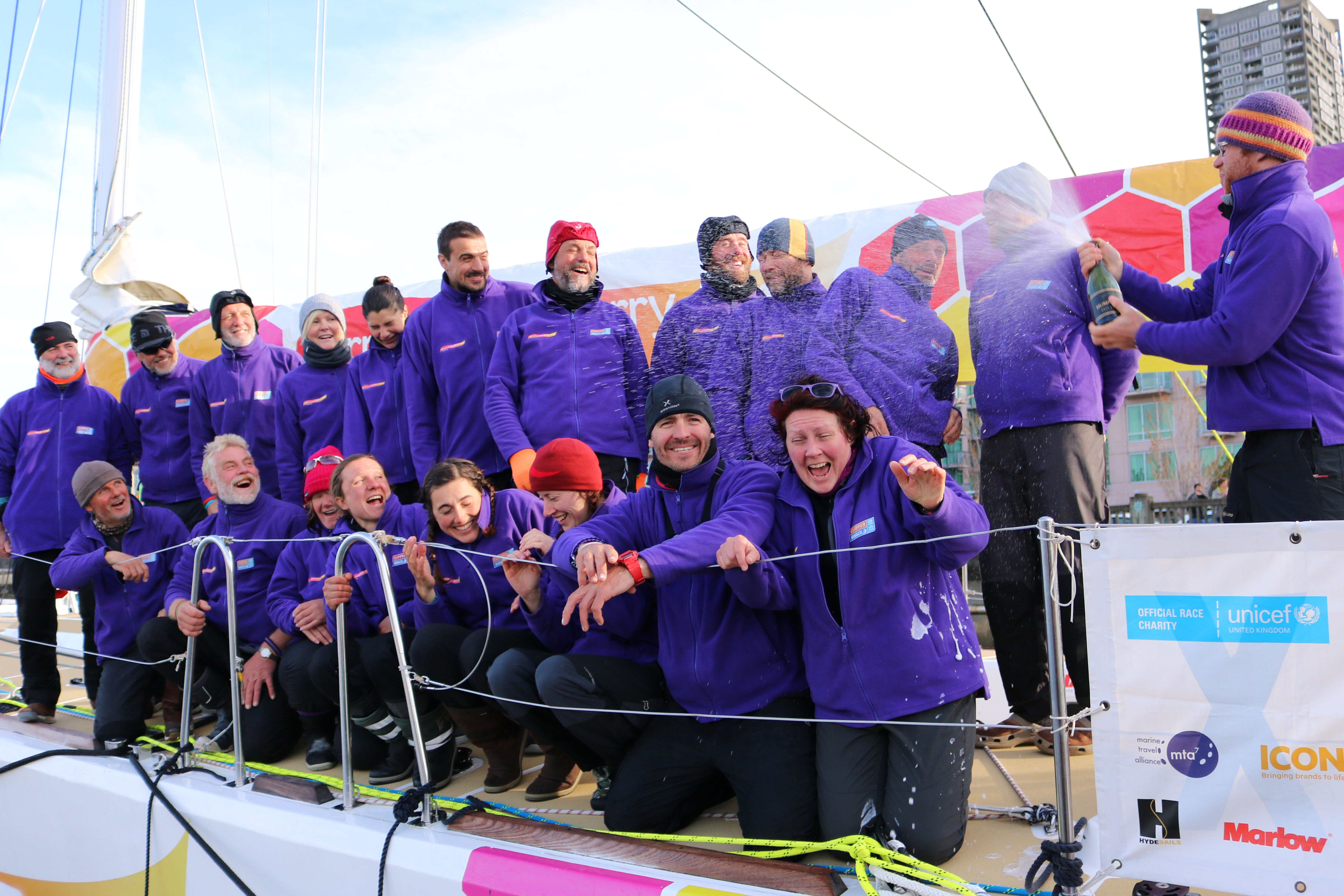 Circumnavigator Ruth Charles, who celebrates her birthday today, said she was very happy to have arrived in time to celebrate her birthday in Seattle.

“I said at the beginning to the team that I wanted to be here in time for my birthday, and I am amazed we managed it.

“It was a tough race, and we are all extremely happy to be here. The conditions were some of the toughest of the entire trip, and one particularly scary moment saw me washed down the deck on my tether like a domino with a few others after a breaking wave. The hardest thing was the cold conditions on deck, and you would look forward to being able to get back into your sleeping bag again at the end of your watch.

“I am very much looking forward to spending time in Seattle, then pushing on again,” Ruth added. 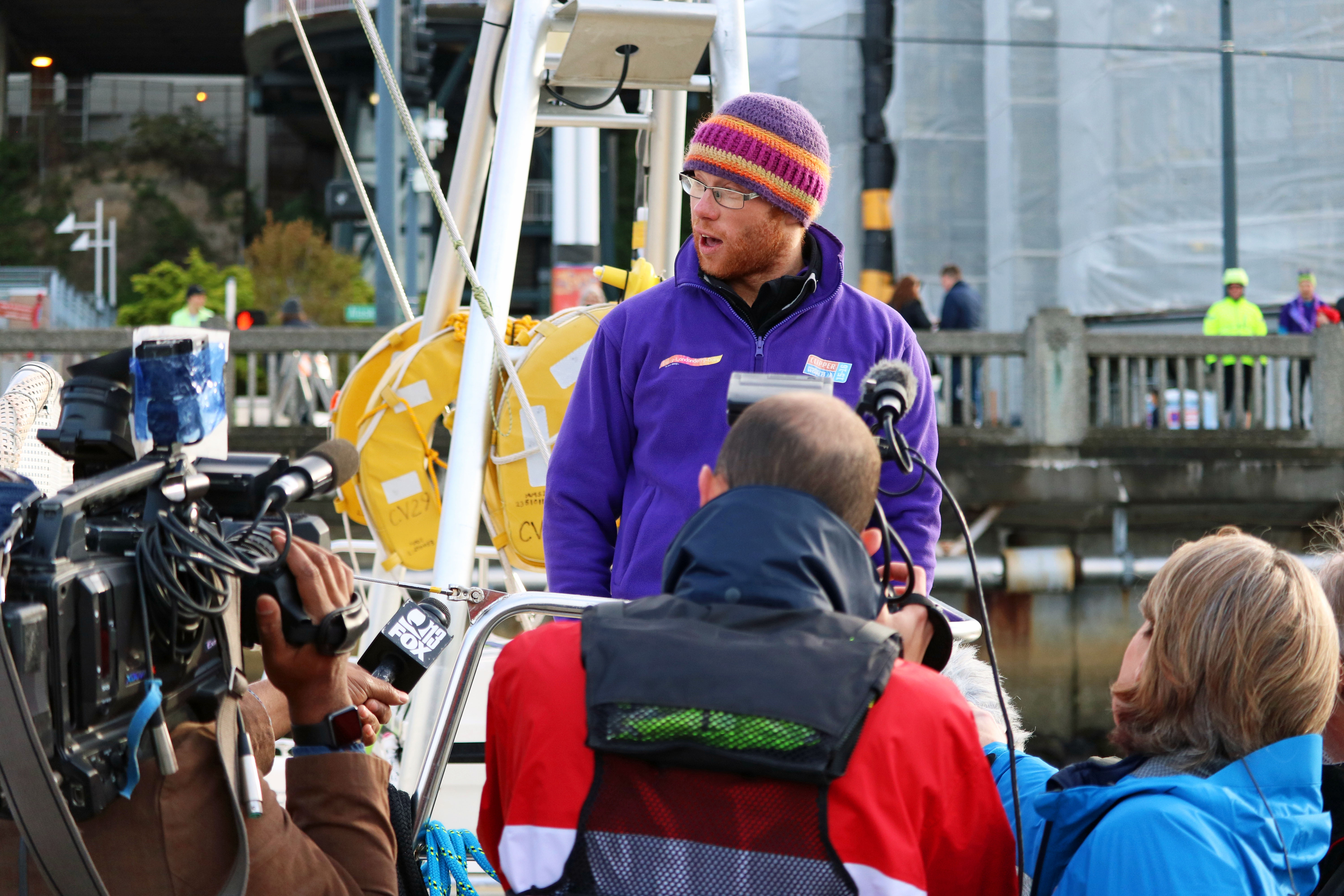 Mayor of Derry City and Strabane District Council Cllr Elisha McCallion extended her congratulations to the team. Sharing her best wishes on behalf of the people of the city and district, she said the win was a huge accolade for the team.

“On behalf of the people of the city and district, I would like to extend my congratulations to the Derry~Londonderry~Doire team on his fantastic achievement. We are absolutely delighted the team has secured their third win despite the challenging conditions and tough competition from the other teams.

“We are very proud to be an Official Race Partner and Host Port, and hugely excited as we eagerly follow the Clipper Race fleet ahead of its arrival here next July for the Foyle Maritime Festival celebrations. Our participation in the race is a fantastic opportunity for us to promote our city and region, and the team is doing a great job of that by continuing to win races and promoting our city and region. Well done to everyone involved and good luck in the next leg of the race, we can’t wait to welcome you home in July,” she added.

Second-placed Unicef and third-placed LMAX Exchange will arrive into Seattle tonight at 1700 and 1800 local time (UTC-8), followed by GREAT Britain at 2300 local time.