With the mountainous landscape and the tranquil water of the marina lit by the sunset glow as the backdrop, the Leg 5 crew gathered at the Subic Bay Yacht Club to celebrate the achievements made on Race 6: The Sanya Tropical Paradise Race.

Opening the event, Sir Robin Knox-Johnston, Clipper Race Founder and Chairman, welcomed the crew, saying: “Welcome to the Philippines. Firstly well done, what an interesting race. Once you got round the top of the Philippines it was anyone’s guess what the weather was going to do, it really was a wind lottery.” 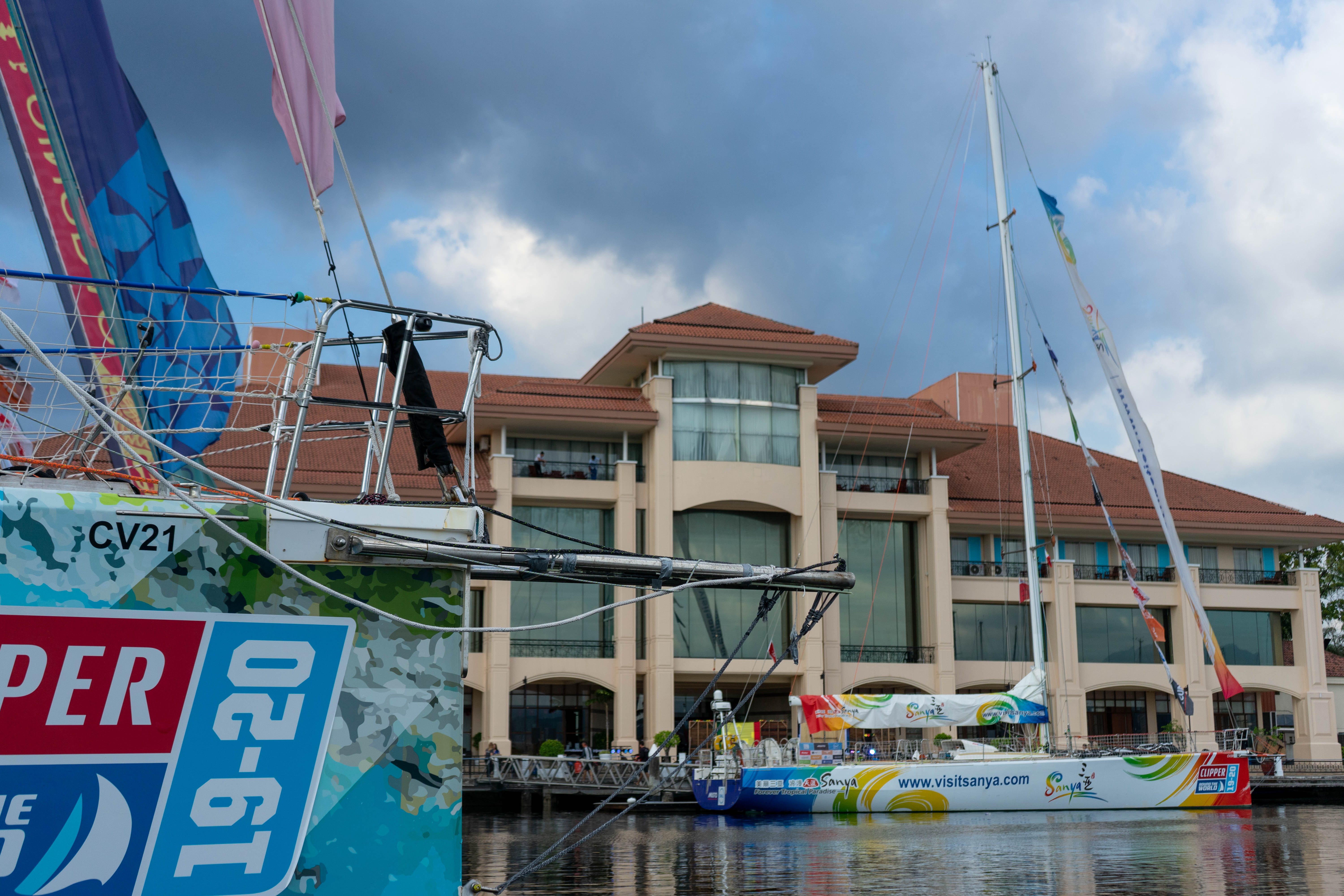 Paying tribute to Host Port and Team Partner Visit Sanya, China, Sir Robin also read a message from the Sanya Organising Committee, congratulating all the crew on their achievements in The Sanya Tropical Paradise Race, they said: “We hope we meet in Sanya in the future, the tropical paradise, known as an Oriental Hawaii. We wish you fair winds and enjoy your sailing!”

The race was a gripping 3,812nm rollercoaster ride from the Whitsundays to Subic Bay, Philippines. The route saw the teams complete the first Le Mans start of the Clipper 2019-20 Race, cross the equator for a second time and navigate the varied tropical conditions through the Solomon Sea, into the Pacific Ocean and towards Luzon Strait. 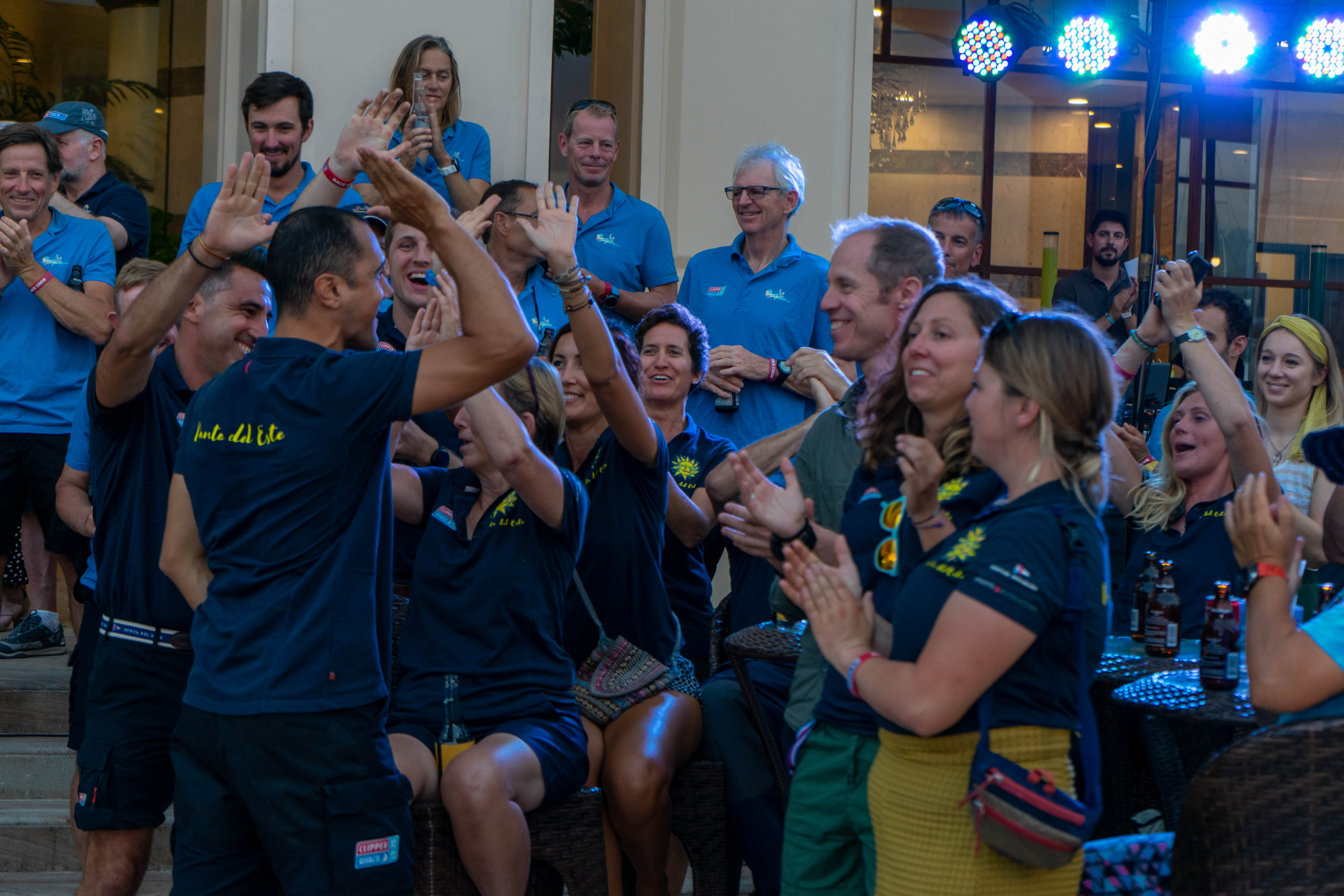 Mark Light, Clipper Race Director, then took to the stage where he delightedly reported that the total raised for Unicef has totalled £250,104.65 and counting. He thanked everyone for all their fundraising efforts. The Charity Champion is awarded per leg so we look forward to celebrating this when the teams return to Subic Bay next month.

The results for the Scoring Gate section of the race were then announced. First team to reach the gate was Ha Long Bay, Viet Nam, therefore taking the maximum three bonus points. Followed by WTC Logistics who gained two bonus points crossing in second place, and crossing in third place and claiming the final bonus point was Dare To Lead. Next to be revealed was the highly anticipated Dell Latitude Rugged Ocean Sprint results. A huge well done was given to Dare To Lead on completing the course fastest in a time of 24:18:47, 16 minutes faster than the closest rival, adding three bonus points to its overall tally. Second fastest was Punta del Este, being awarded two bonus points and third was Qingdao to add one bonus points to its tally for Race 6.

With the Visit Sanya, China yacht in full view to celebrate the race named in the team’s honour, the winners were invited to the stage to collect the winner’s pennant. WTC Logistics has won its first podium after finishing Race 6: The Sanya Tropical Paradise after a nail-biting finish. Skippered by Rich Gould, alongside first mate Dan Jones, the crew of WTC Logistics overtook five teams in the final few days, including Ha Long Bay, Viet Nam which had led for the majority of the race. The team raced ahead in the Luzon Strait and scooped the victory. 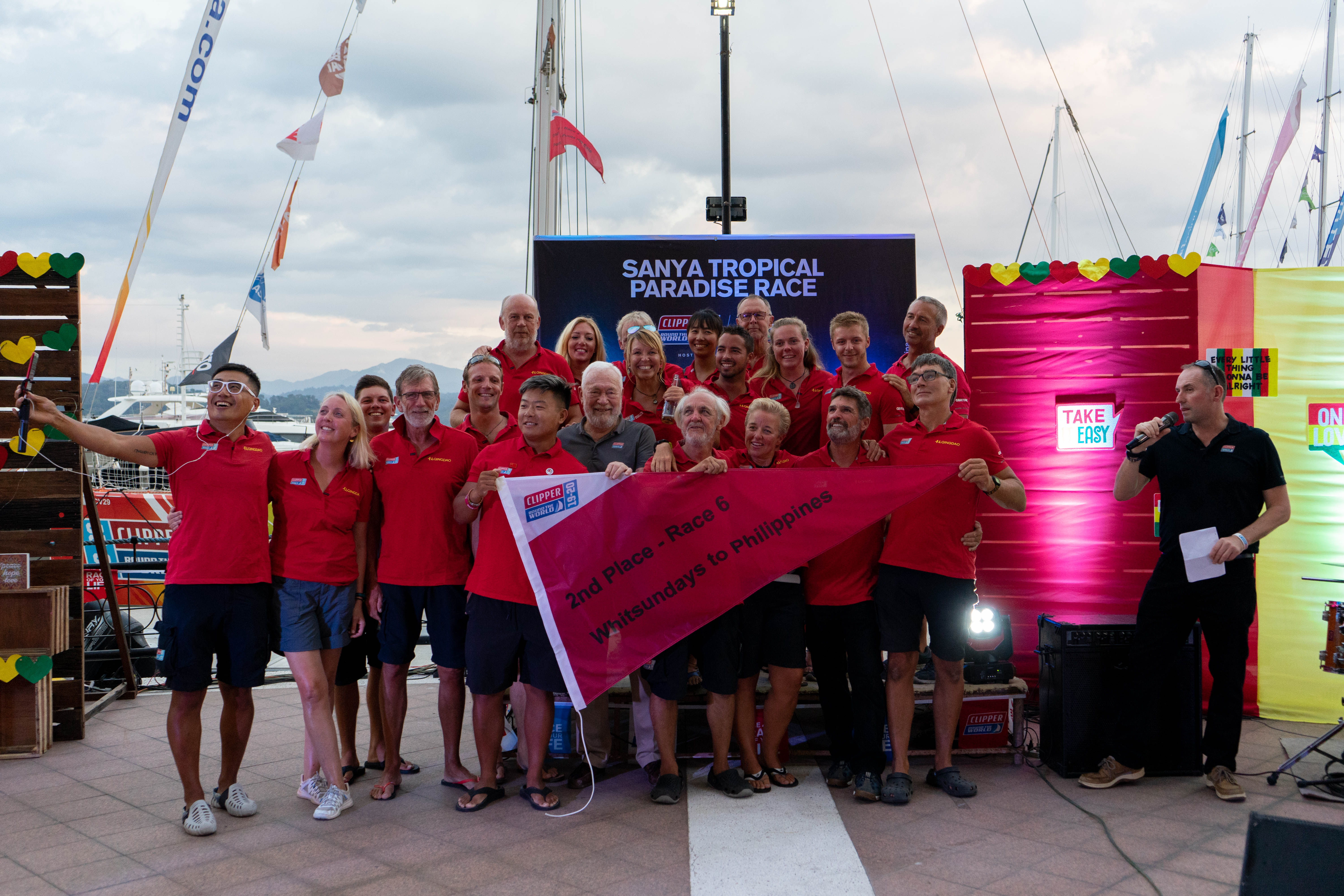 IMAGE: Qingdao back on the podium for a fifth time

No strangers to the stage, Qingdao was awarded second place honours. And then it was time for Ha Long Bay, Viet Nam to step up and receive its third place pennant after an incredible race in which they lead for the majority.

The party-spirit of the Philippines flowed through the evening with the help of a reggae band who performed three sets as the sun set on the marina. 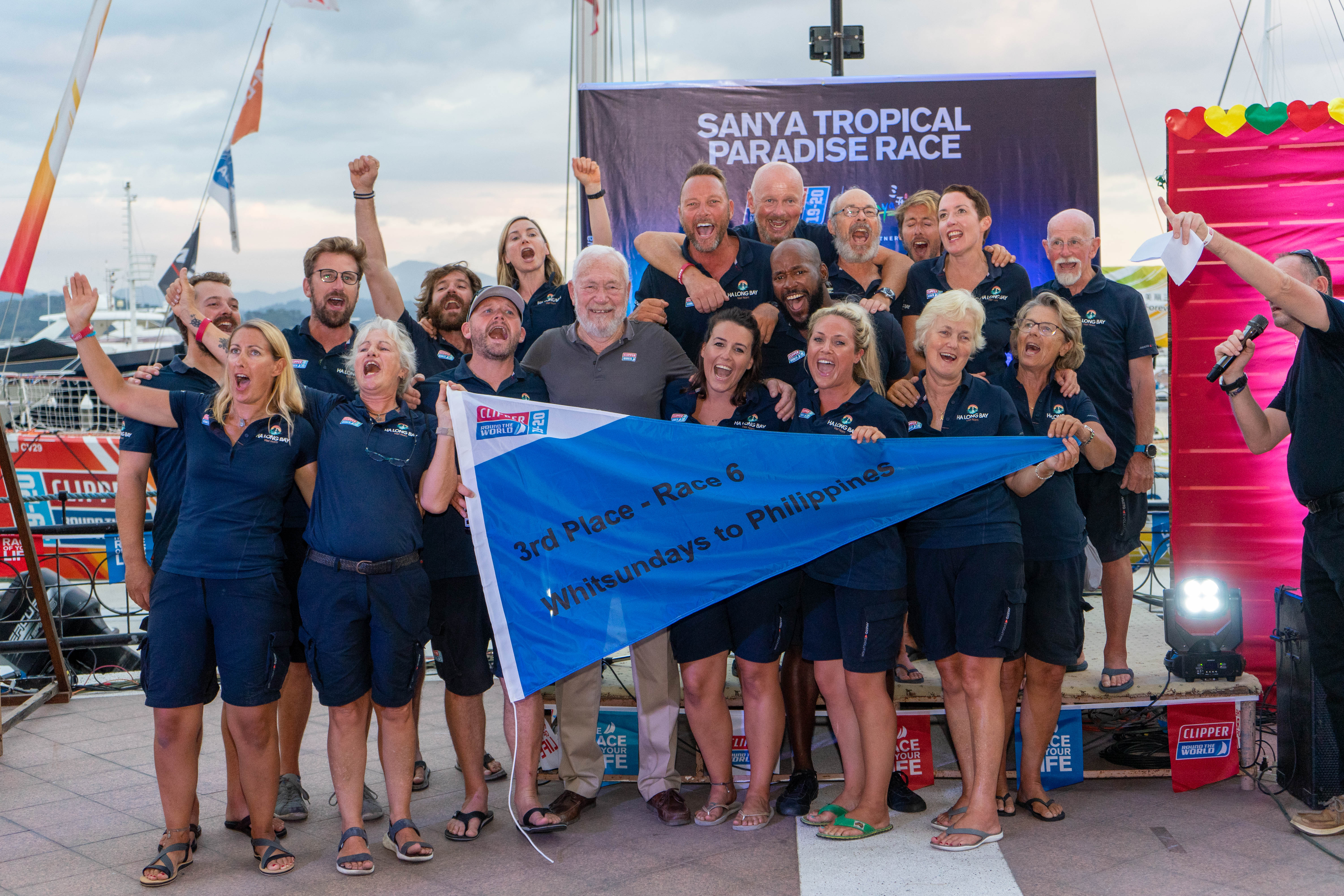 Situated on the West Coast of the island of Luzon, some 100km north west of Manila, Subic Bay in the Philippines will now be home to the Clipper Race fleet for the start and finish of Race 7 following a recent race update.

Luzon is the biggest of the 7,641 islands and is famed for its ability to encapsulate the essence of the entire nation, making it the perfect Clipper Race pit-stop location. From exploring its mountainous ranges, where pines stand in place of palms and tribal groups still live in relative isolation, to the beaches at Baler, and Filipino cuisine, there is something for each adventurous crew member. 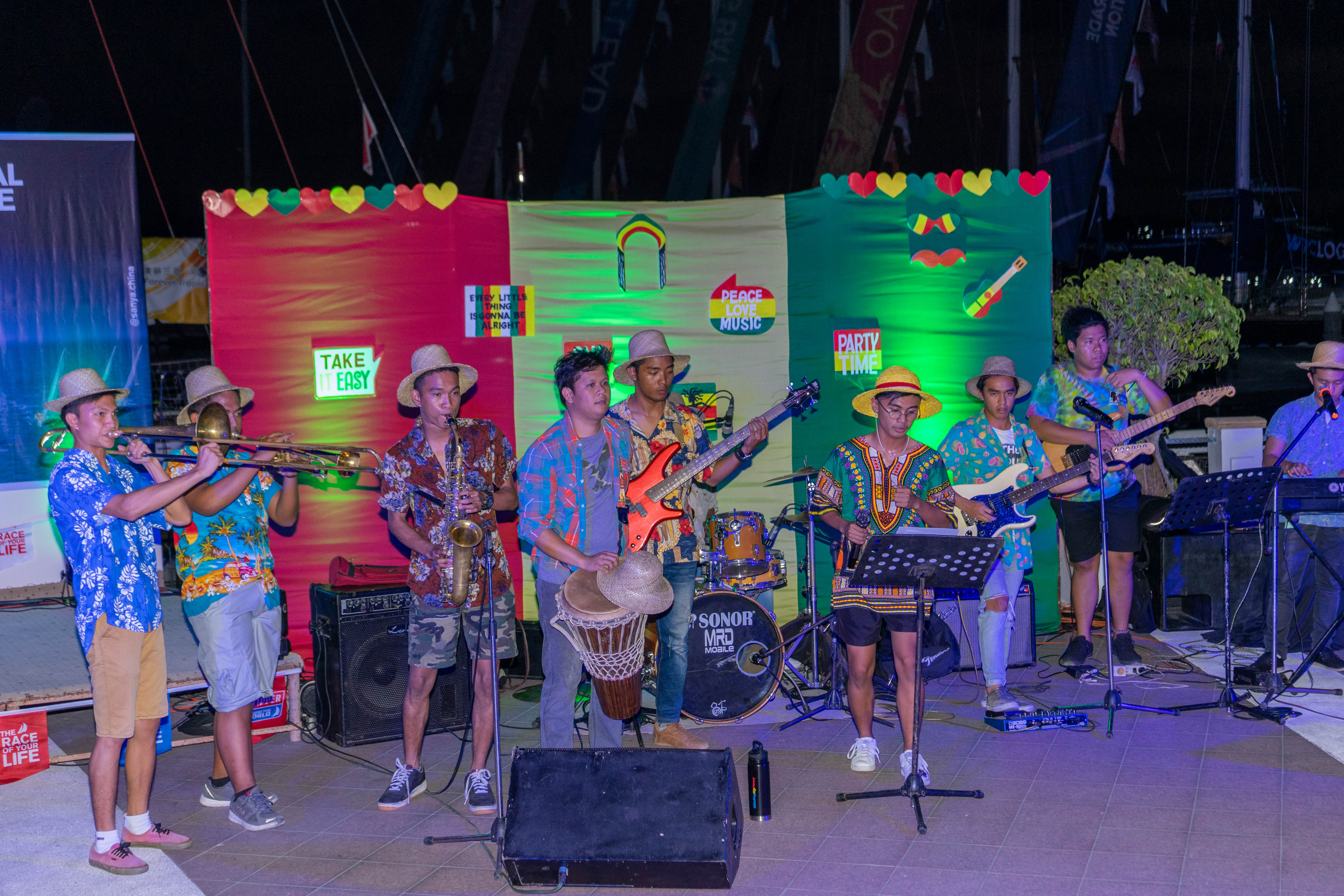