Continuing the Clipper 2017-18 Race team summary, we kick off the second week by looking back at the GREAT Britain team’s remarkable journey over the past eleven months.

Making a bold first impression on the fleet, the GREAT Britain team elected to play its Joker Card during Race 1 from Liverpool, UK, to Punta del Este, Uruguay. Under the watch of Skipper Andy Burns, the team powered through the longest race of the circumnavigation andwas third across the finish line, narrowly missing the podium after Greenings stormed to first place on redress. The result fired GREAT Britain into the overall lead on the race leaderboard as the Joker Card plus two points in the Scoring Gate gave the team a 20 point haul. 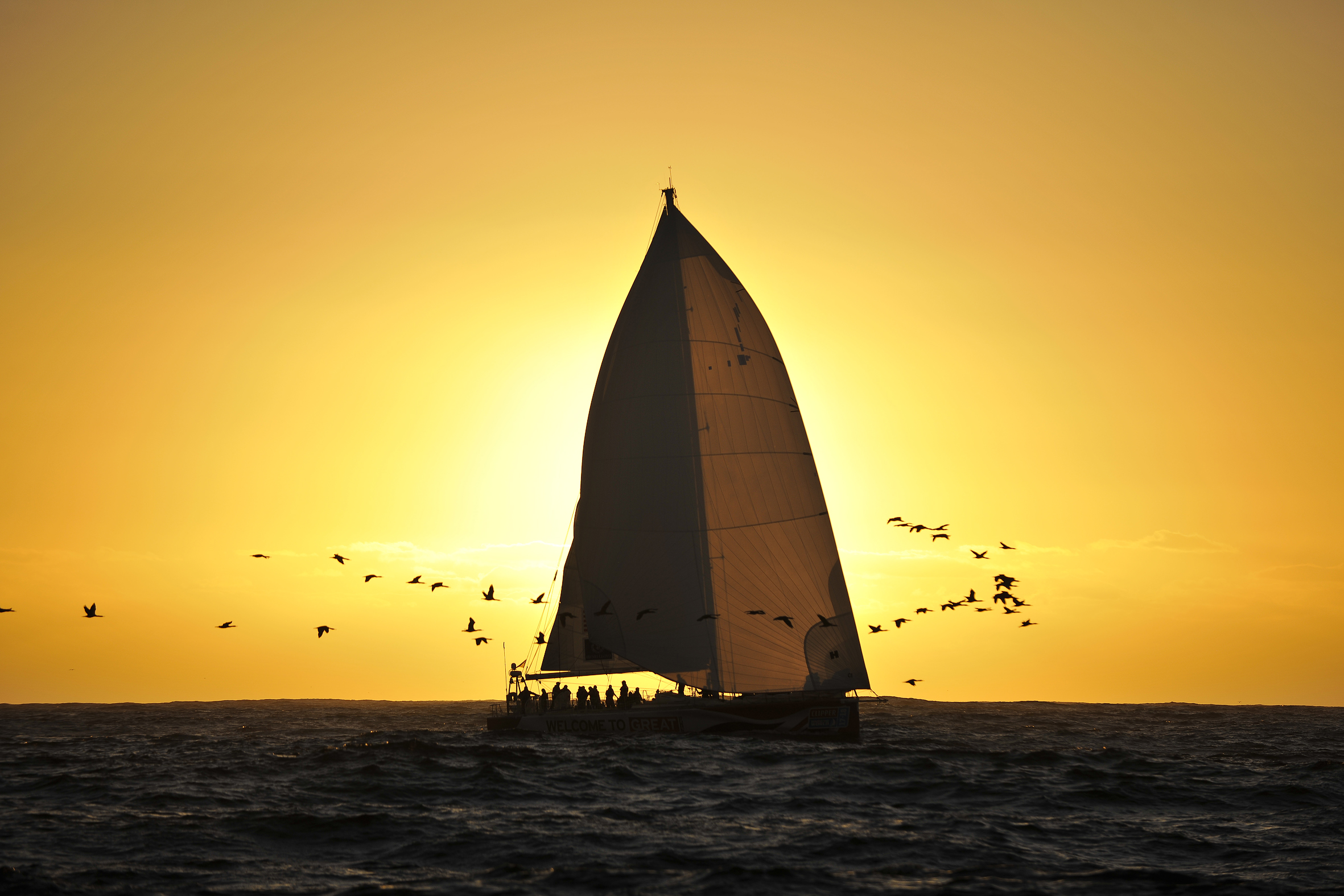 During Race 3 the team faced its toughest moment of the journey when teammate Simon Speirs tragically died. Simon was embarking on a lifelong dream of sailing around the world, and so inspired by their friendship and memories of him, his GREAT Britain crew decided to race on in his memory.

Displaying remarkable resilience, they pulled off their awe-inspiring first podium result, moving up from ninth to second in the final four days of their race. 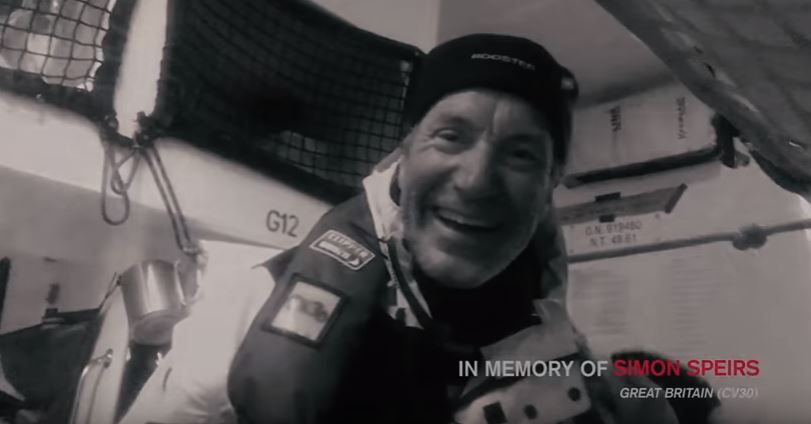 In a blog during the final stages of the race, round the worlder Pip O’Sullivan explained the strong finish, writing: “Last night it dawned on us that we have still got a really good chance to do well in this race. I only realised this when I started receiving emails from home saying how proud everyone was of us and how well we were doing. This could be the ultimate tribute to Simon Speirs, to get the podium finish that we have all hoped for since we started the race. It would be very fitting as Simon was secretly one of the most competitive on the boat.” 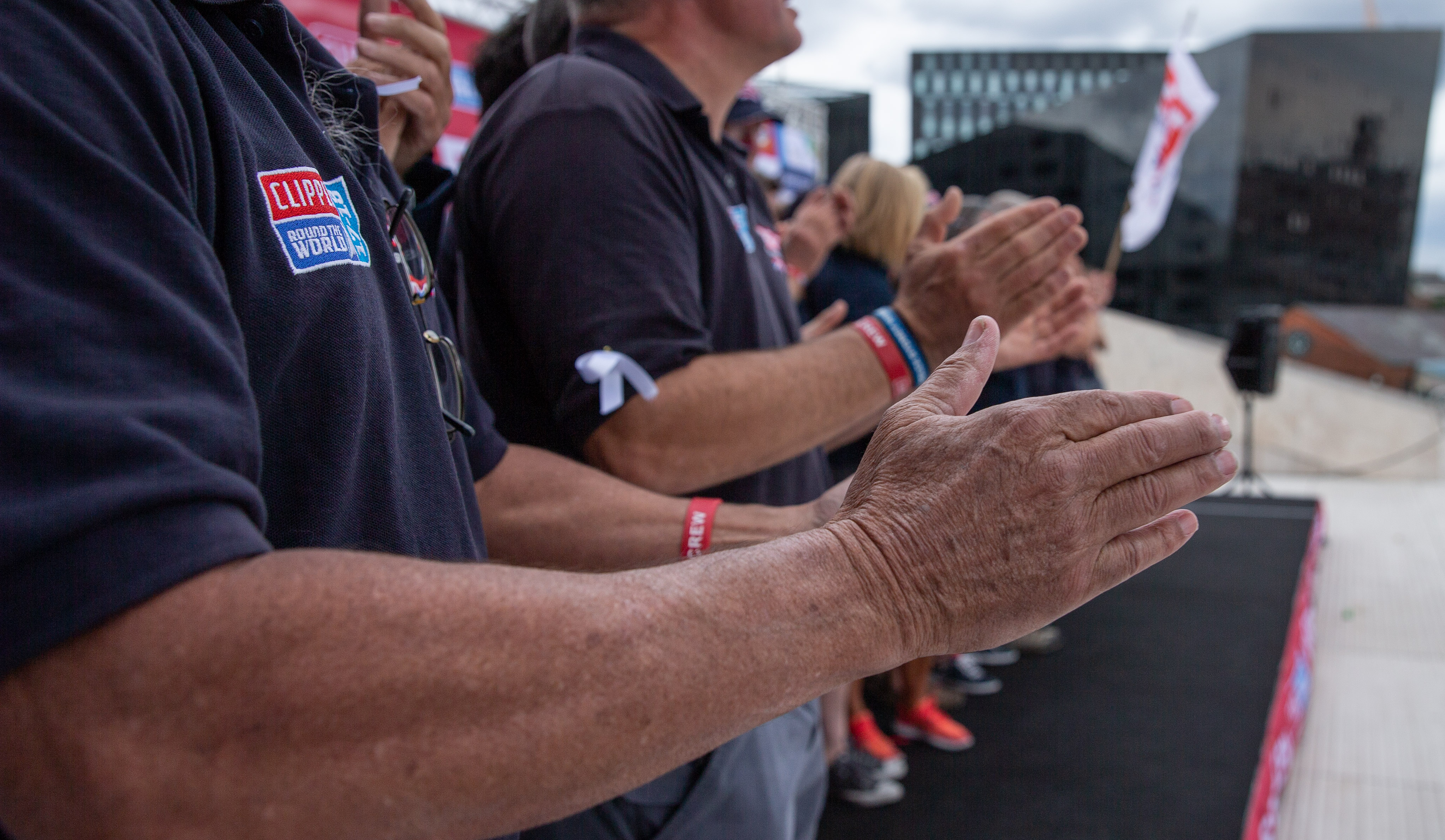 Image: A two minute-long round of applause was held in memory of Simon Speirs at Race Finish in Liverpool

The team went on to score bonus points during Race 8 from Sanya to Qingdao, where it took second place. The speedy team also claimed points in four Elliot Brown Ocean Sprints; first during the Race 2 Sprint, third in Race 6, second Race 7, and third place the Race 11 sprint.
Later on, under the lead of Skipper Dave Hartshorn who took the helm of GREAT Britain at the start of Leg 5 after Andy Burns stepped down, the team enjoyed a double podium success. During Leg 7, the team claimed third place during Race 10 from Seattle, USA, to Panama and again during Race 11 from Panama to New York, USA.

Dominating the Prize Giving stage during double celebrations for Race 10 and Race 11 in New York, the GREAT Britain team went up to claim its third-place pennants and also the Stormhoek Social Spirit Award for Race 10. 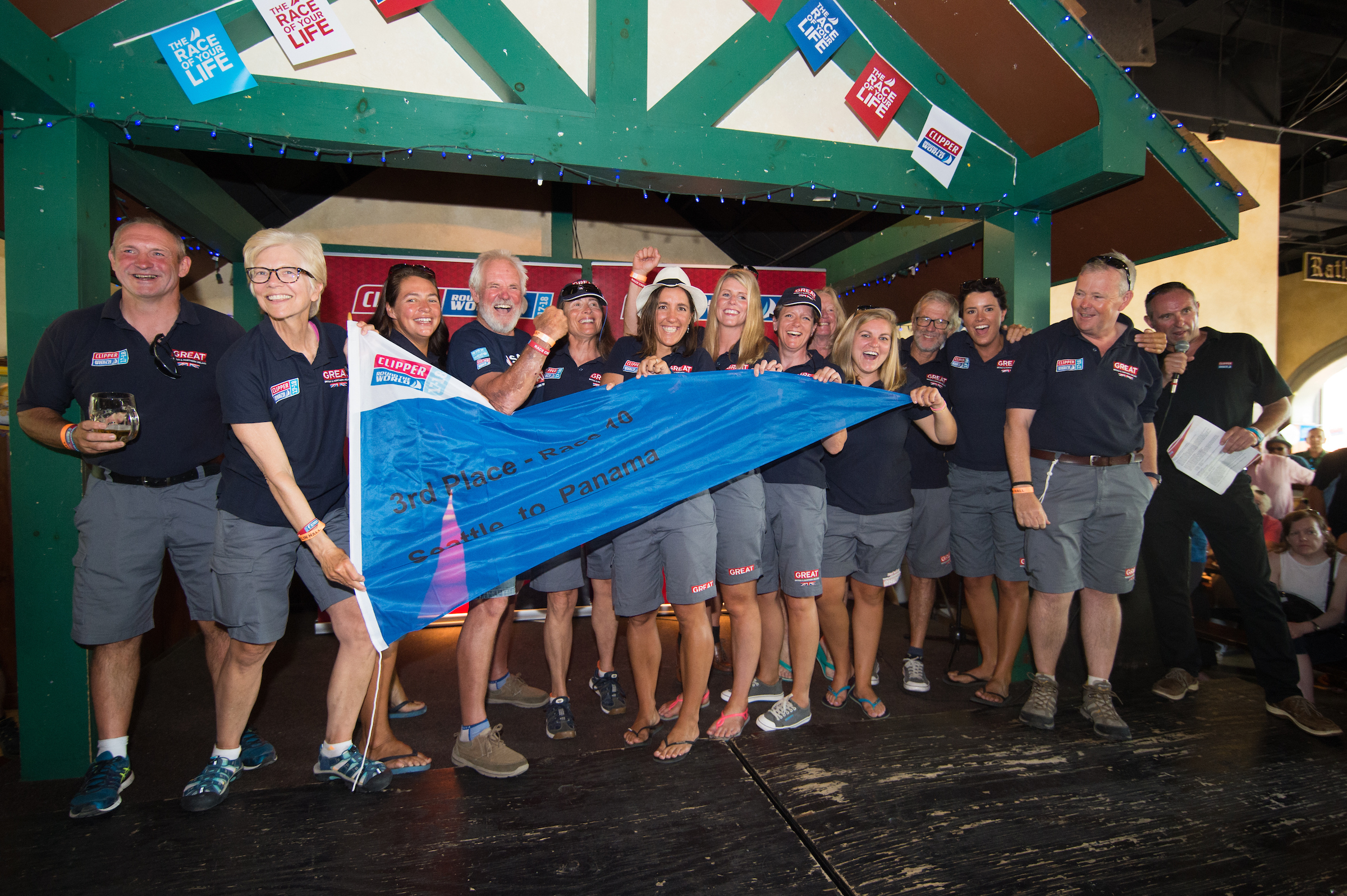 Friends, family and supporters of the GREAT Britain team were kept up to date with life on board by Dave through his detailed Skipper blogs that included ‘Fizz Friday’ blog posts, racing stats and some incredibly useless facts.

In his final Skipper blog, Dave said: “Thanks for all your love and encouragement that help us in times of darkness and celebrations, your support just will not stop. What often seems like the end is often the beginning - dreams and goals are for living never stop.”

The team would often report on their wildlife findings and sent back lots of great crew blogs and photos from the circumnavigation, including a sea bird hitching a ride on the back of a turtle during Race 10 from Seattle, USA, to Panama. 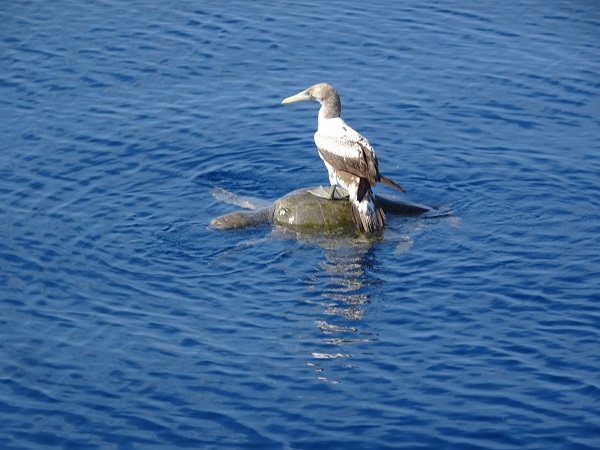 In addition to racing, the team fully embraced the values of its partner, the GREAT Britain Campaign, and were actively involved with its on-shore activities in stopovers such as Punta del Este, Uruguay, Qingdao, China, Seattle, USA, and Panama which included yacht tours and visits, sail days, receptions and formal events. 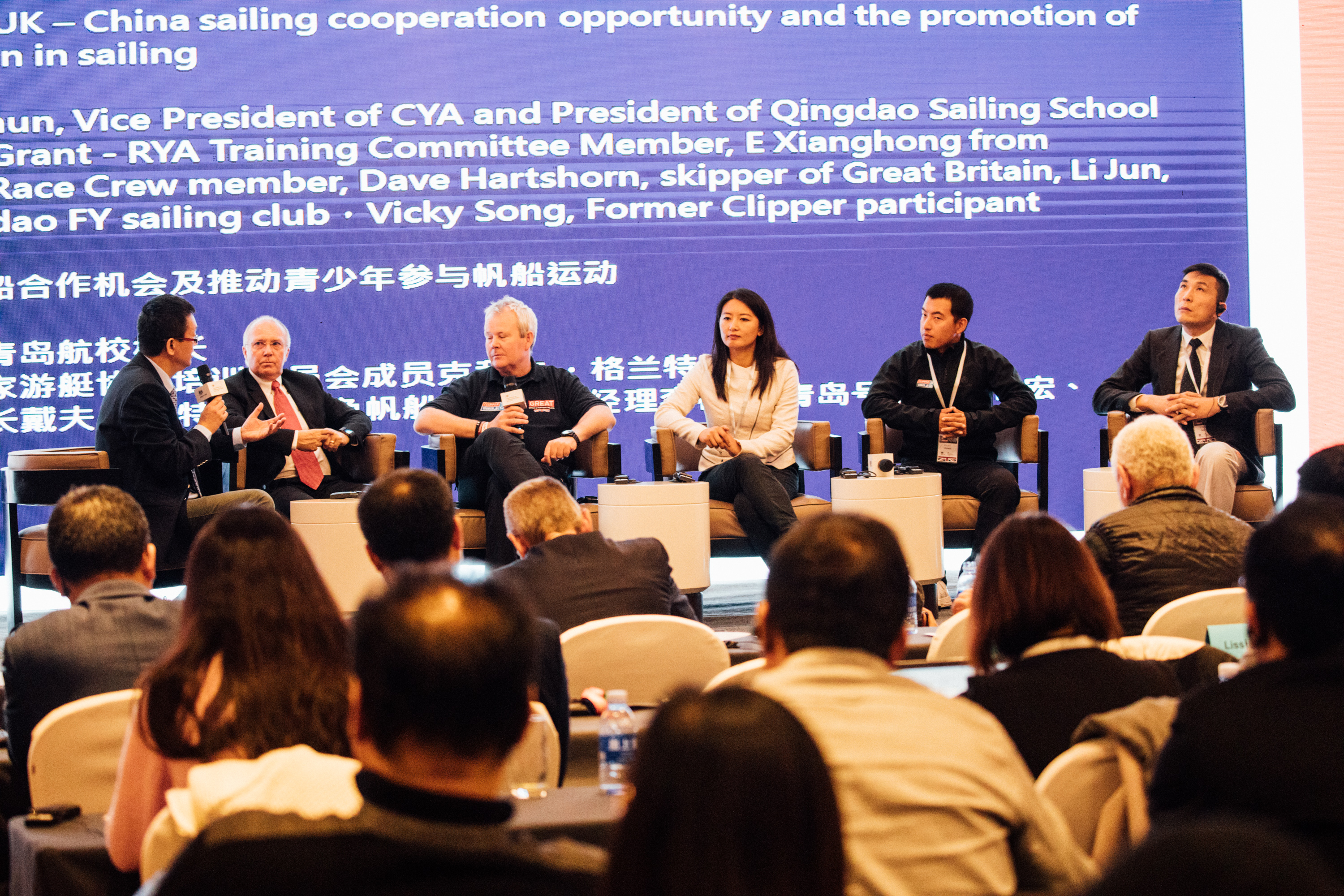 The GREAT Britain team had a very strong core group of round the world crew members. Speaking in his final blog, Round the Worlder Ray Gibson, a 64-year-old builder from Queensland, Australia, said: “To my fellow circumnavigators, Tessa, Jon, Phil and Pippa, thank you for an amazing eleven plus months. We stuck it out together through the good, and not so good, and made it back home. I have enjoyed your company and your support and could not have wished to sail the world with finer sailors and wish you all the best for the future.My deepest regret is that Simon isn’t with us to share this day.”

Congratulations to the entire GREAT Britain team, you all showed a great deal of determination, resilience and strength.