Taking part in the Clipper Race is no small undertaking; each leg brings a mix of testing conditions that will see crew pit their physical and mental strength against the elements as they race sea for over 30 days with very little, or no, contact with loved ones.

Marion Shepherd was inspired to take part in leg four of the 2017-18 edition of the Clipper Race - the All-Australian leg, by her son James who circumnavigated on Mission Performance during the last edition of the race. 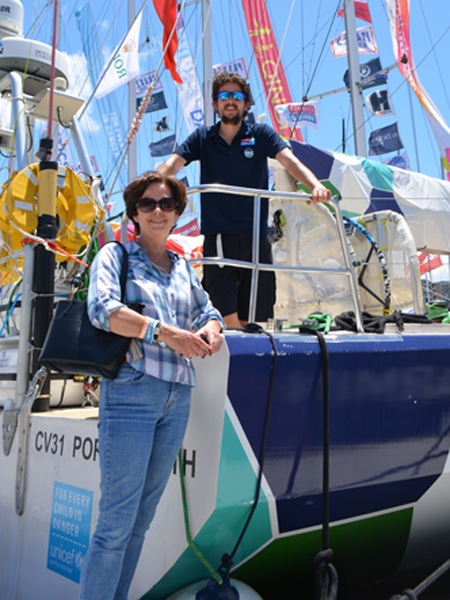 Marion, who is a mother to James and Helen and a grandmother to Lochlan, supported James on his epic adventure and now is embarking on her own “James is totally my inspiration. None of our family had sailed before so this was very new to us. He suggested that I sign up for a leg in the 2015/16 Clipper Race but I didn’t consider it - this was his challenge, his adventure. It was only after he had started on the Clipper 2015-16 race that I got really interested and wondered if I could take part.”

James found out that his mother had signed up to take part in the 2017-18 edition whilst he was crossing the Atlantic on route to Derry-Londonderry on the home stretch of the Clipper 2015-16 Race “I was only surprised it had taken her so long! She’d had such a great time following my race and becoming part of the Clipper family and greeting me in a couple of the ports. In many ways, it’s a shame that she didn’t sign up for my race so that we could have competed against each other.

“Obviously, I would have come out on top!”

With no previous sailing experience, it was the challenge over the sailing element that attracted Marion to take part “For years, life has been about raising my family and working with the odd enjoyable, but generally safe, jaunt thrown in. This is going to be a real test for me and I am ready for it. I hope at the end of it I will have found a new passion in sailing.”

Despite Marion’s attempt to play down her adventurous streak, James told us that the ‘odd jaunt’ was far from that “From when I was young she used to take my sister and I on adventurous holidays, trekking through jungles and climbing mountains, so I knew that she would be up for a challenge like this”

Whilst James was circumnavigating, Marion flew out to meet him in Cape Town and Sydney. Whilst getting to know James’ fellow crew members, she asked for their opinions on which legs they considered the best “Overwhelmingly the feedback was that I would get a real experience of sailing in all types of conditions on leg four.”

The added incentive to take part in leg four was that Marion’s daughter, who didn’t even bat an eyelid at her mother’s decision to take part, was living in Australia at the time. 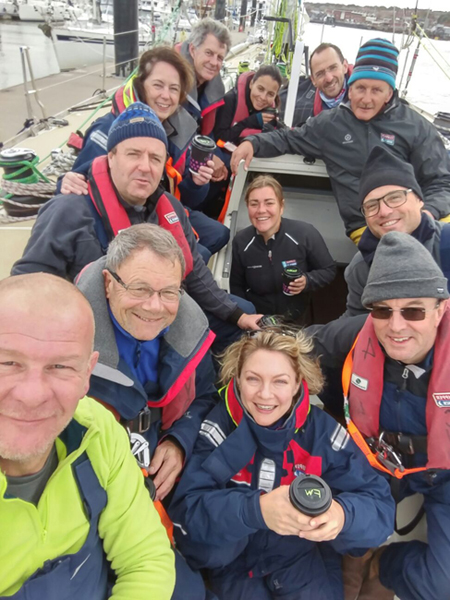 After completing two levels of training at our base in Gosport, we asked Marion how she was finding it “Hard work but amazing. The training skippers have to accommodate a mix of total novices like myself, those that have sailed for years and every level of competency in between. They do a fantastic job.”

“It has been hugely reassuring to know that the first, second and third priority is safety.”

James’s top piece of advice for his mum has been to “throw herself into everything. It really is true when people tell you that you get out of the race what you put in.” 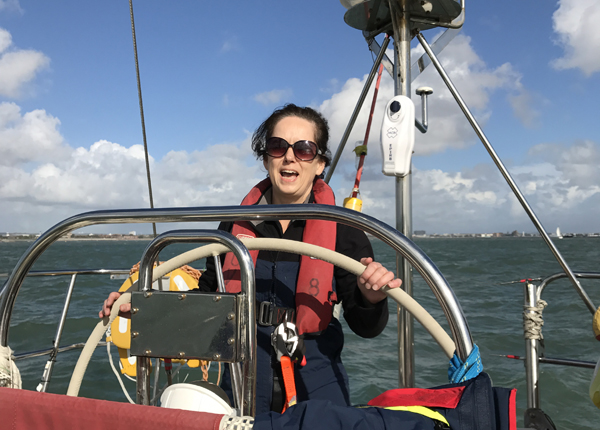 For the Clipper 2017-18 Race, the roles between James and Marion have reversed; Marion is going from a Race Crew Supporter to a Crew member and James is due to support his mother from the comfort of home.

Talking about the importance of support from home, James told us

“My mother’s support was particularly important for me and receiving her emails on the boat and in port really helped to lift spirits and motivation levels. As a circumnavigator, it can be a long year with a lot of physically and emotionally draining times, so hearing about what’s happening outside of the boat can be a healthy release.

“Of course, I also got the reminders to stay safe and always clip on.

Ahead of the race start this summer, James has been passing on his knowledge of the race, sailing and kit supporting his mum through her training with tips and advice “it’s surprising how many things you learn outside of the training weeks and I want to make sure she is ahead of the rest”.

Whilst Marion’s advice to Clipper 2017-18 Race Crew Supporters is to use the ‘Clipper Race family’ for support “As you will be supporting your crew member during the race take every opportunity to be supported by the Clipper family. You are never alone. You are part of the family now.”

Supporting a crew member during the Race of their Lives? Why not visit our Race Crew Supporters page where you can sign up to regular newsletters, ask us questions and meet Ruth, find out more here.

International Women’s Day is the global celebration of the social, economic, cultural and political achievements of women. The day marks a call to action for increasing gender equality. Over a third of our race crew on average are female and we continue to encourage…