Over the last 25 years and twelve editions of the Clipper Race, thousands of everyday people, from all walks of life, have become ocean racers. Pushing themselves outside of the norm, learning new skills, tackling challenges head on and also changing the perception of what it takes to sail across an ocean or circumnavigate the world. 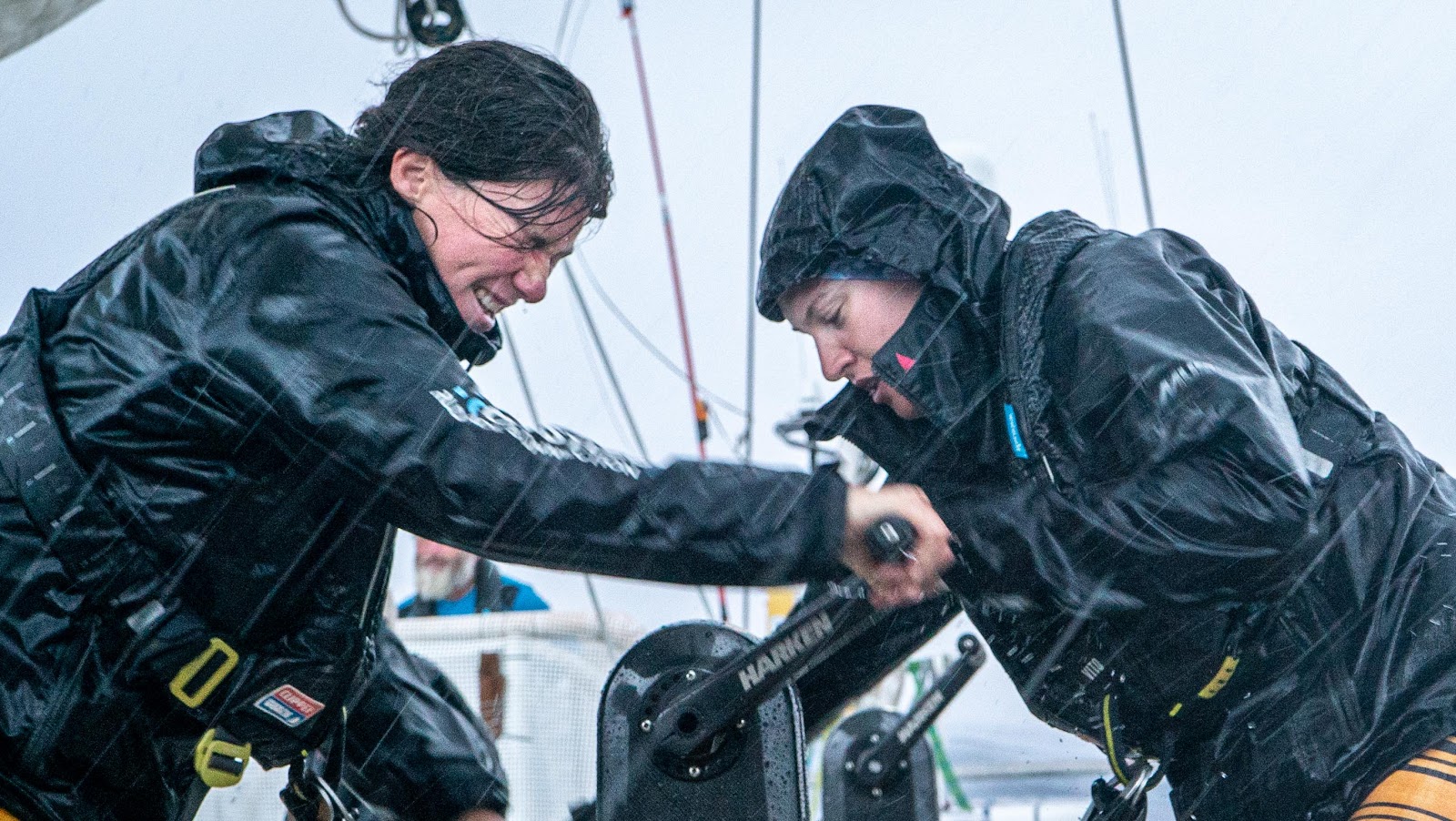 On average, over a third of these intrepid Race Crew in recent editions are female, and this number is expected to rise. When Race Crew step on board to join their team age, gender, nationality, profession and previous experience, does not matter. All crew have to undergo and pass the four levels of world class intensive training, and as part of a team share responsibilities and roles whilst racing across the toughest oceans.

International Women's Day is a global event celebrating the social, economic, cultural and political achievements of women. The day also marks a call to action for accelerating gender parity. In 2021, the campaign theme is 'Choose To Challenge'. A challenged world is an alert world. And from challenge comes change. 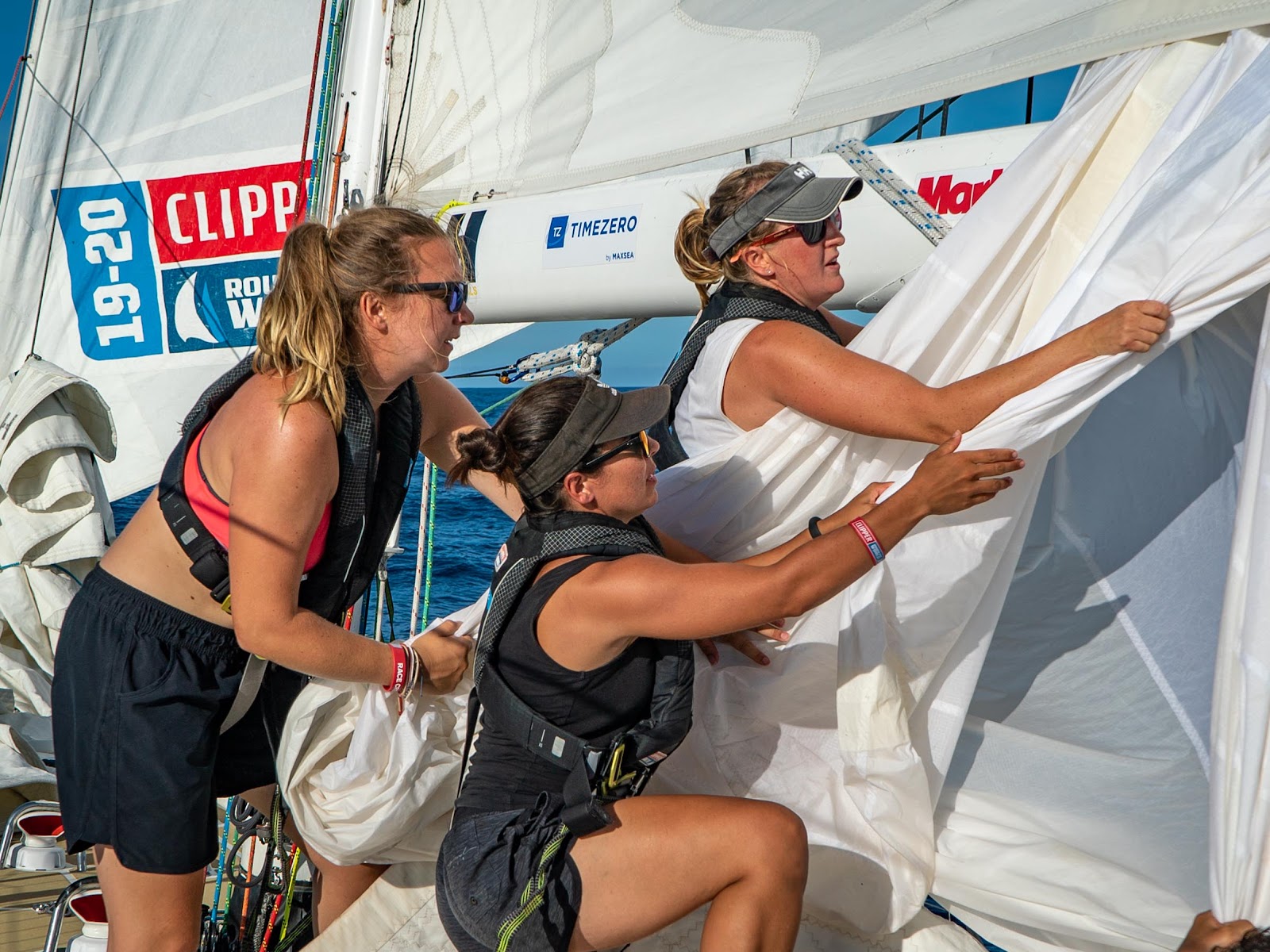 Every crew member who signs up to race across oceans has their own motivations and goals for taking part in this unique adventure. For International Women’s Day Race Crew past and present have shared their experiences.

Clara Carrington went from being involved in the organisation of sailing races as a HR Manager, to becoming an ocean racer herself. Inspired by her father, with whom she learnt to sail, respect and love the ocean, she signed up to circumnavigate in the Clipper 2019-20 Race.

“In recent years, my inspiration has been the professional sailors I was lucky to encounter during the last Volvo Ocean Race, when I worked there, such as Richard Mason, Xabi Fernández, Abby Ehler, Sally Barkow, and many more. They were the ones who inspired me to sign up for the Clipper Race. As an amateur sailor, I wanted to live what the professional sailors experience as they circumnavigate the globe, and to be able to put myself a little bit in their shoes.” 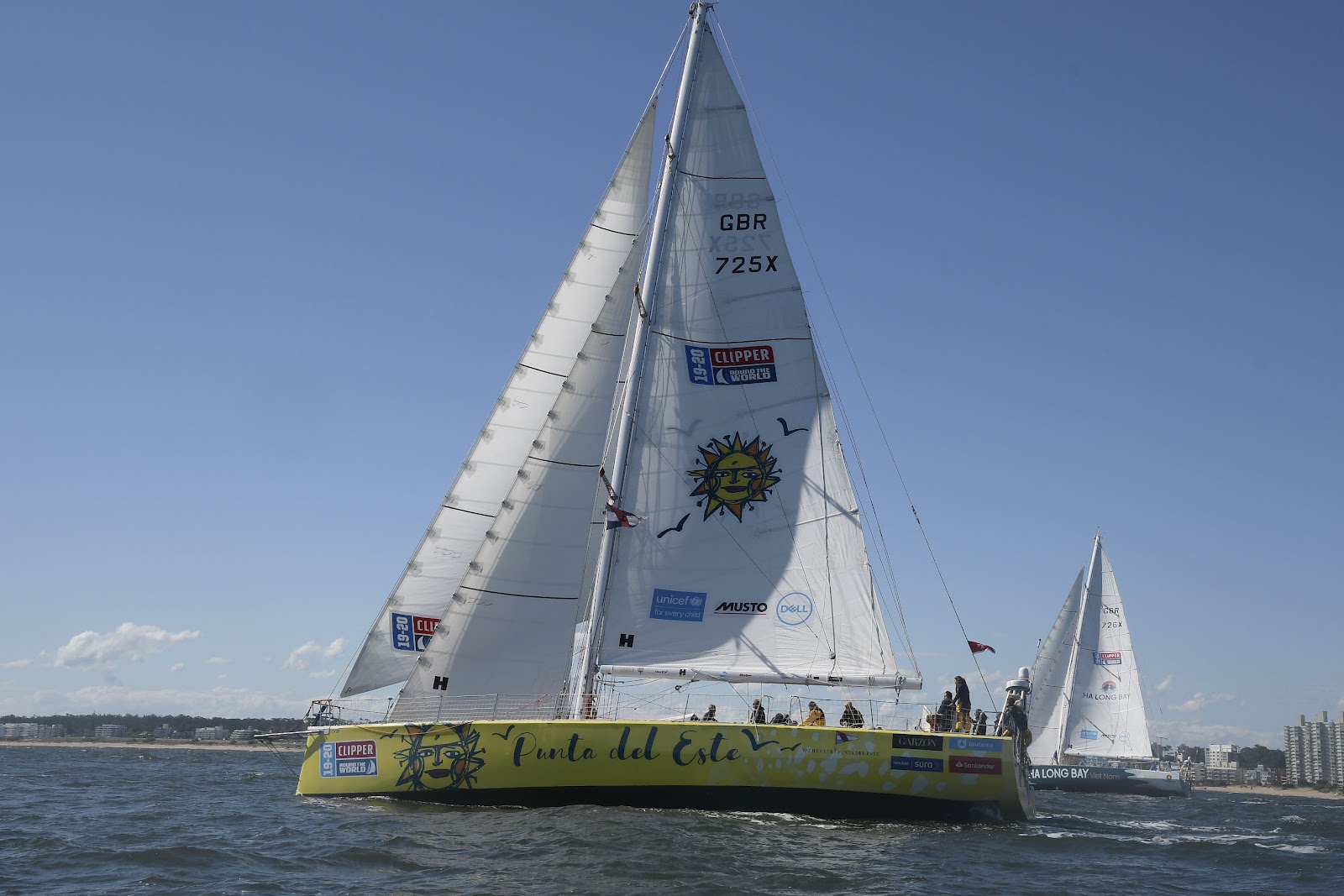 As someone who has experienced both sides of the industry, Clara understands the barriers in more women taking part and working in the sport she said: “It is great to see more and more females in sailing, however, I believe that there are still some hurdles to surpass. One being the perception of having females as part of an offshore sailing team. Another, I think is that some women still don't believe they are excellent sailors, and don't dare to put themselves out there more. I sometimes believe we still have the (incorrect) idea that we are not good enough, and tell ourselves ‘why bother’.”

“I truly see sailing as a sport open to everyone who is a good sailor, and thus, I believe it's a question of putting ourselves (women) out there more, and teams being more open to trial incredibly well prepared female sailors.”

From her experience of sailing over half way round the world with the Clipper Race, she said: “As a woman, who sailed my last Clipper Race training level alone with 15 men, I took away from that week that onboard we are all a team of equal people who have many different strengths to offer to the team. I also took away that women should feel confident about their strengths, and bring them to the team. 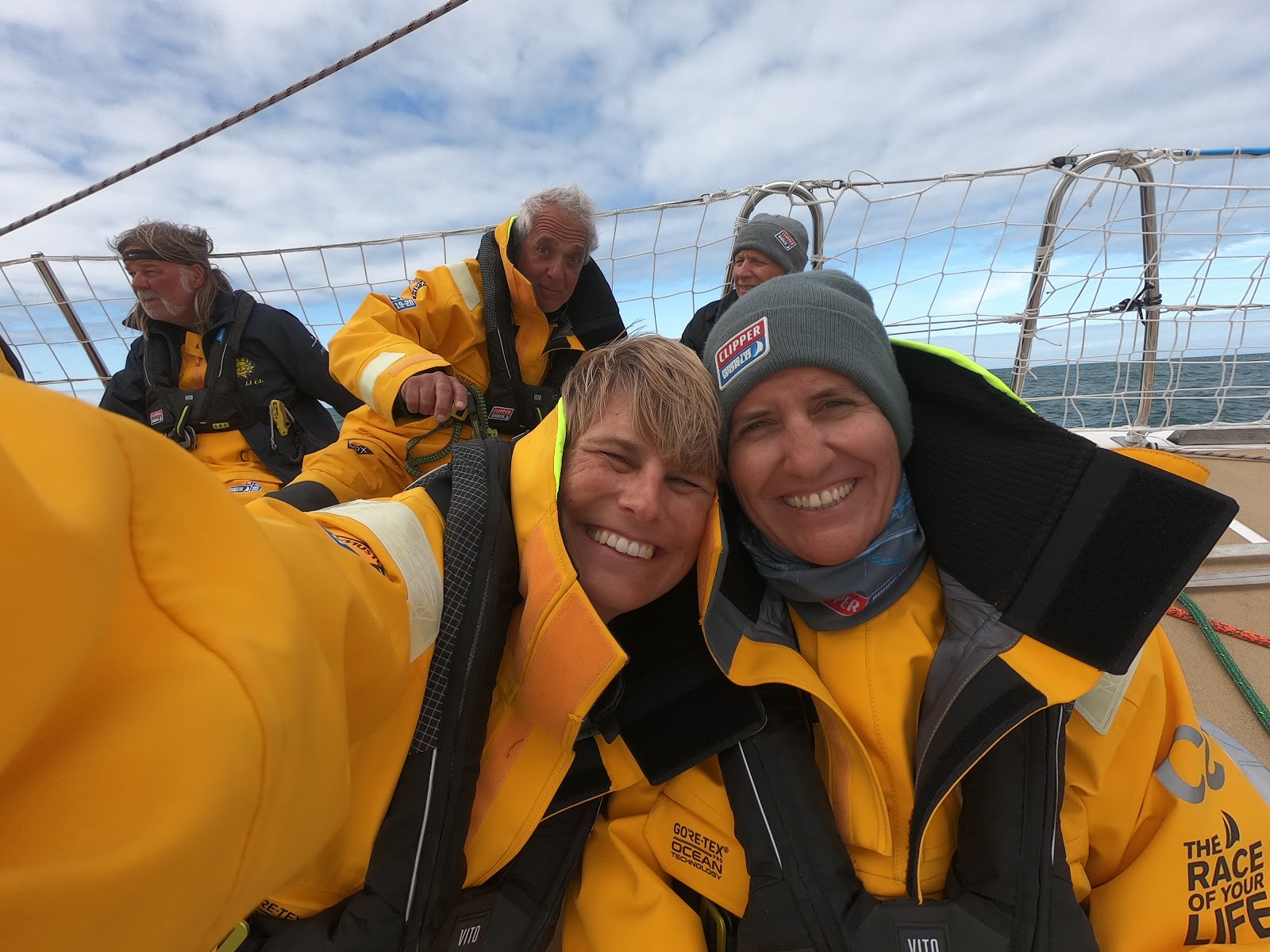 “A team is made up by all the different crew that are part of it, all with their own unique strengths, and some women still don't dare to be confident. Men and women shouldn't need to compete against each other on board, we need to complement each other and build a strong team. Trust in yourself, and never give up on fighting for your dream!”

Now utilising her experience, Clara has joined the Magenta Project, a collective of passionate people committed to developing pathways and generating opportunities for women in performance sailing, working with a wide range of individuals and organisations to make positive change happen.

“As a Co-Active Coach, my passion is to help and see people grow, both personally and professionally, and being involved with the Magenta Project allowed me to help young female sailors get closer to their goals, and see them become part of the increasing female participants in sailing events.”

Another Clipper Race alumni also involved in the Magenta Project, but as a mentee, is Mary Vaughan-Jones, a 25-year-old fitness coach who is also circumnavigating in the 2019-20 edition. 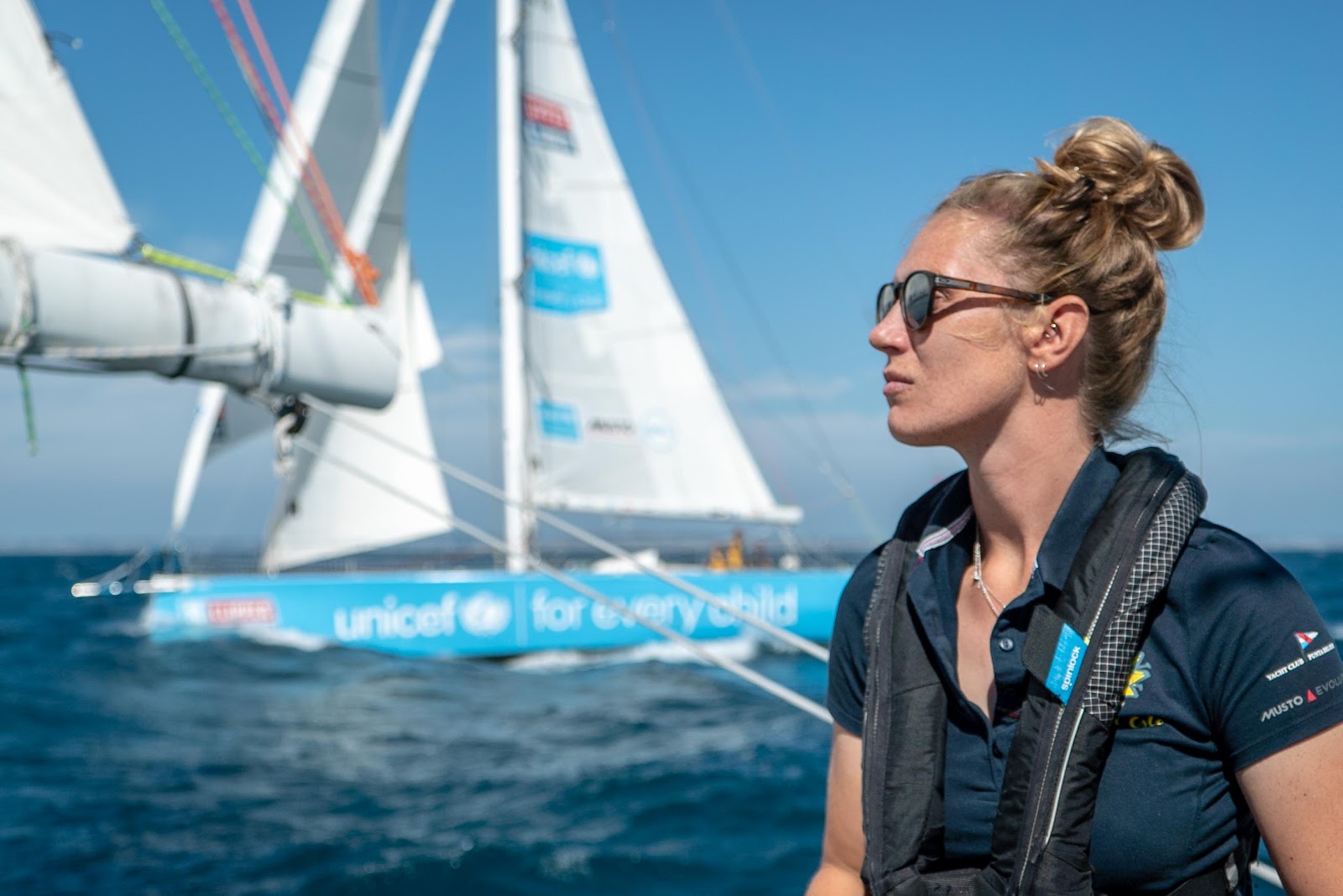 “Signing up to the Clipper Race was a bit of a quarter life crisis. Then I found that sailing was something I really loved and I seemed to be pretty good at it. Fellow crew, my skipper Jeronimo Santos Gonzalez and mate Ryan Barkey, would mention about me doing it after the race, which I laughed off, but when the race was postponed I decided that I didn't want to stop sailing and since then I have worked to get qualified.”

“The Magenta project has established female sailors, or those involved in the sailing industry, are looking to open more pathways and create more opportunities in performance sailing for women. I wanted to get involved as I was very new to sailing but wanted to make it a career so was looking for someone with more experience that could guide me the right direction and help with networking. There's obviously more men in sailing and so it is great to have other women as examples of what you can do and have them help you get there, I thought it was great. Within the project itself you don't just have your mentor but a whole heap of fellow mentees you can share your experiences with and help each other out. 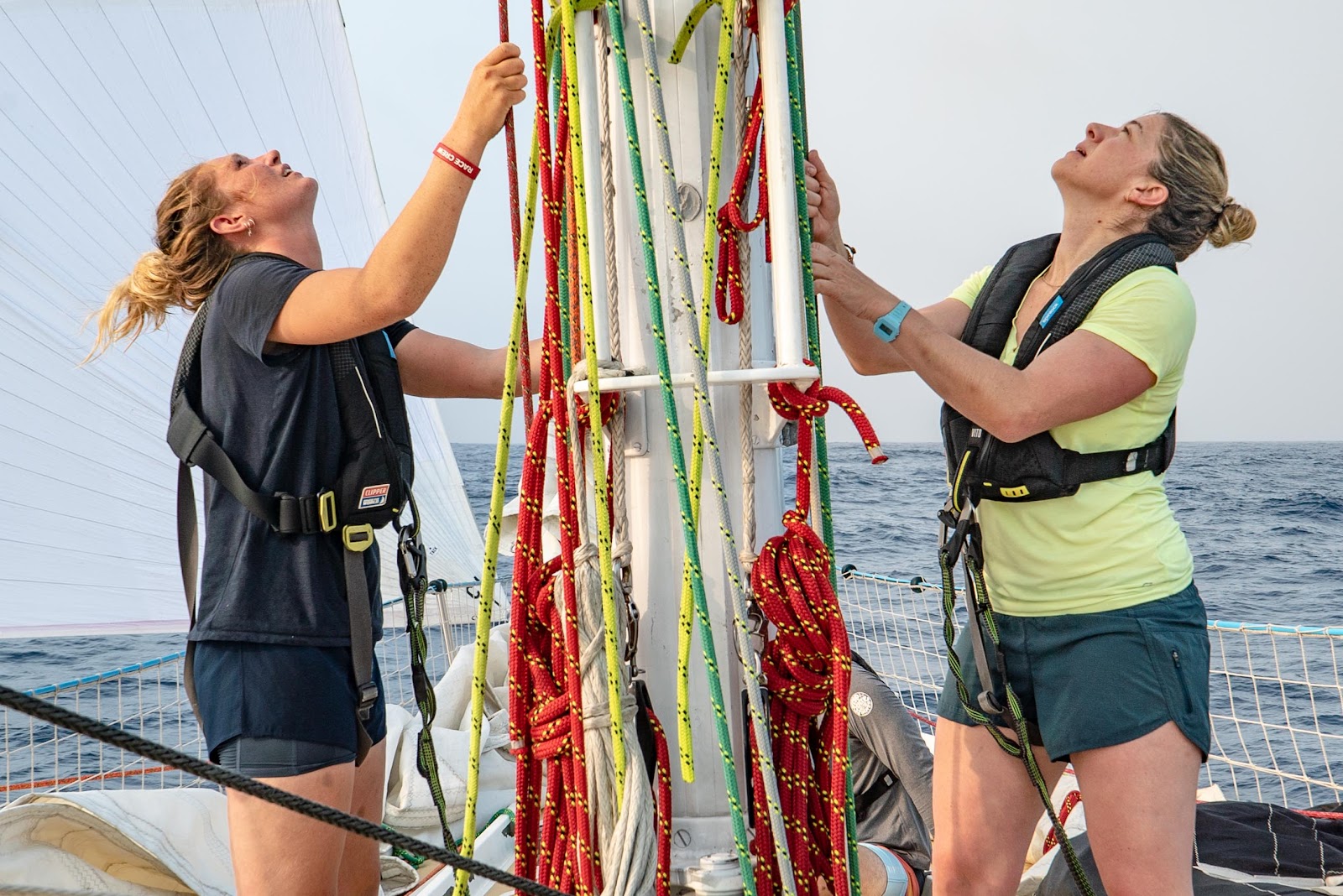 “I've already got quite a bit out of it. Allie Smith, my mentor, has really buoyed up my confidence and supported me in securing a full time skipper job. I’ve also had chances to attend talks with ocean racers such as Bouwe Becking, Charlie Enright and Abby Ehler to name just a few. Hopefully I will come out of it with a good network of support and at least a semi formed plan for the long term.”

It is not all about making a step into the sailing industry. For Clipper Race Alumni, Sarah Thorogood, who circumnavigated in the 2000-01 edition of the race, at twenty-two, she reflected back on her experience and how the adventure affected all aspects of her life.

“I would say naively my reason for taking part was purely the travel and the thrill of it being such an unusual challenge. Sailing started off as an added bonus to the adventure but with the experience each leg gave (and the less seasick I got!) I worked up the ranks to Watch Leader and loved being part of a competitive racing crew who lived and breathed the race. 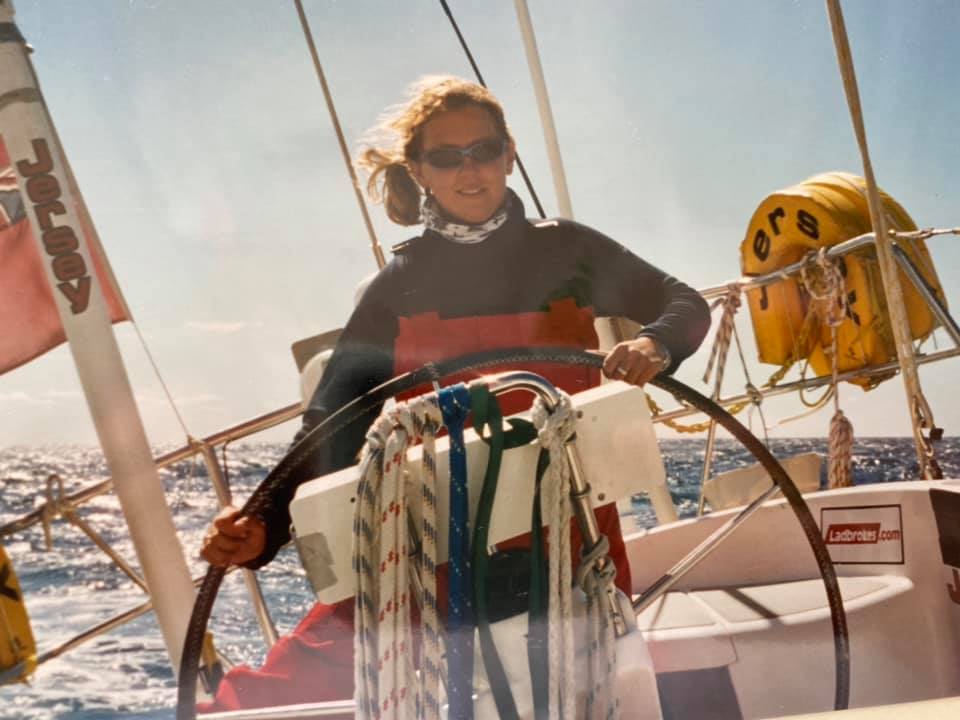 “What I didn’t know at the time is that I got a lifetime of life lessons, friendships, memories, skills oh and a husband and two daughters! Twenty years on, I still use the lessons I learnt from people skills, teamwork, patience to even sleep deprivation, and I now bore my girls with tales of our amazing adventure. I can only hope that they have the opportunity to take part in the race or some similar adventure. It really is in their DNA!”

Inspired to join the Clipper 2022-23 Race? Discover whether you have what it takes by joining an upcoming webinar.