During the stopover here in Fremantle, the Clipper Race has received very positive feedback from the MAIB (Marine Accident and Investigation Board) on the safety cultures in existence across the fleet.

Clipper Race Founder and Chairman Sir Robin Knox-Johnston explains: “Ever since we started the Clipper Race 21 years ago, safety has always been our priority. Our training standards are fully recognised and widely commended but it doesn’t stop at the training.

“Eight years ago, we introduced the CRCC (Clipper Race Coxswain Certificate), a qualification specially designed with and approved by the MCA which specifically fit the purpose of the Clipper Race as it is such a unique event in sailing.

“However in light of the recent incidents and as the Clipper Race continues its dedication to maintaining the highest safety standards, a qualified Mate has been appointed on board each team, effective from Race 4, starting tomorrow.” 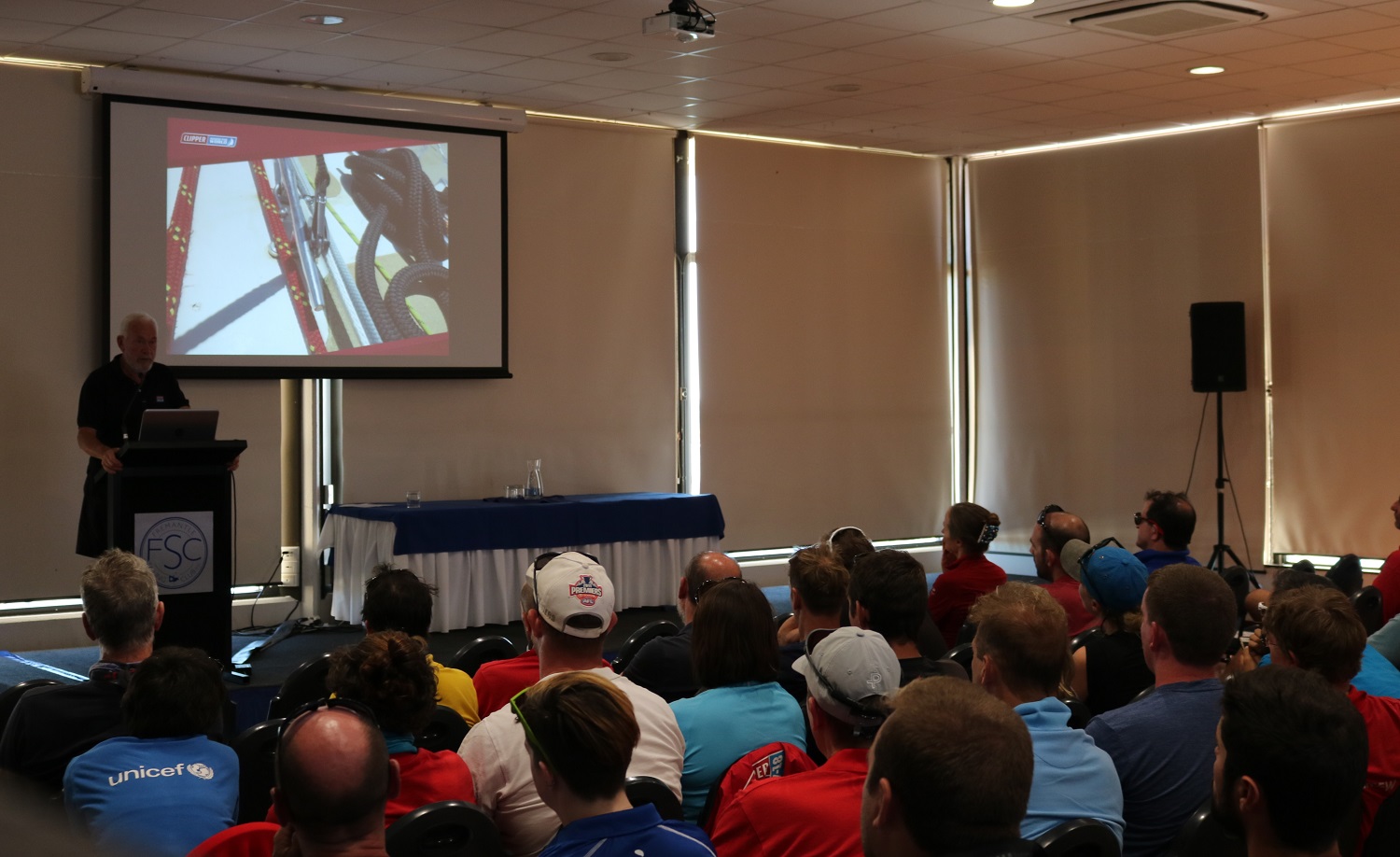 In addition to the introduction of a qualified Mate, and whilst investigations continue into the precise reason for failure of Simon Speirs’ safety tether, the Race Office has also taken a precautionary measure of replacing all safety tethers across the fleet.

The MAIB and MCA investigations into the causes and circumstances of both the stranding of CV24 on the African Coast and the fatality of Simon Speirs are continuing.