Race 5, the Sydney Hobart Yacht Race, was always going to be a memorable experience for the crew but with just 90 minutes separating the eleven Clipper Race teams, including mere seconds between some teams in the fleet, it turned out to be an incredibly thrilling few days for race viewers too. 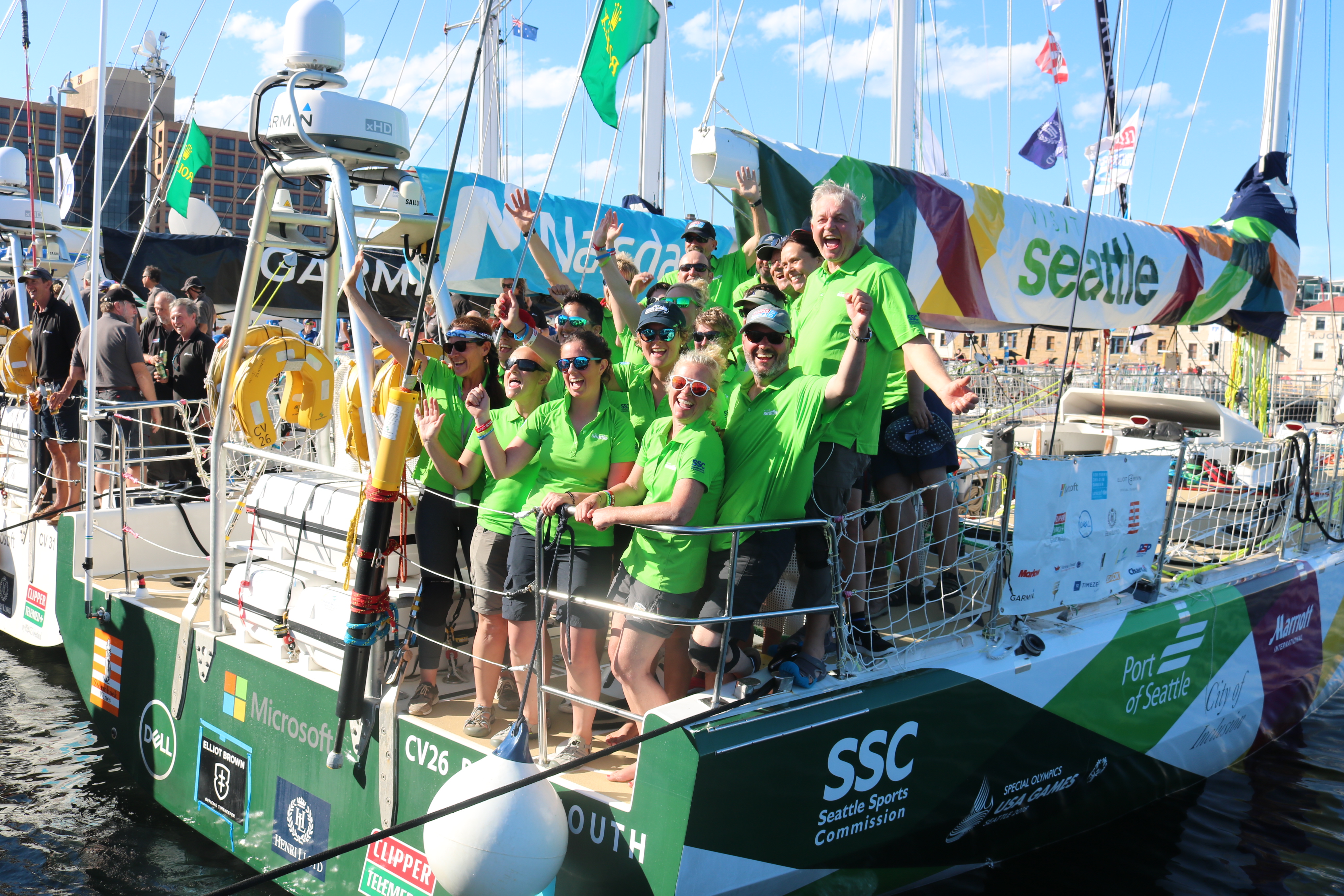 Fourth across the line at 16:49:08, only ten minutes after Nasdaq, was Visit Seattle. Arriving into port, Simon DuBois, a round the world crew member on Visit Seattle, said: “Amazing race, amazing weather, lots of breeze. Some wind holes that took the best out of us but overall a great race. It’s the Sydney Hobart – it doesn’t get any better than this! It was an amazing effort by all the team. Having all the boats in so close together sets us up for a great party but it also shows just how competitive the Clipper Race fleet is. Everyone’s getting better and no-one knows who is going to win each race.”

Nine minutes later, at 16:58:00, fifth placed PSP Logistics, which had led for the first 48 hours of the race, joined the party. 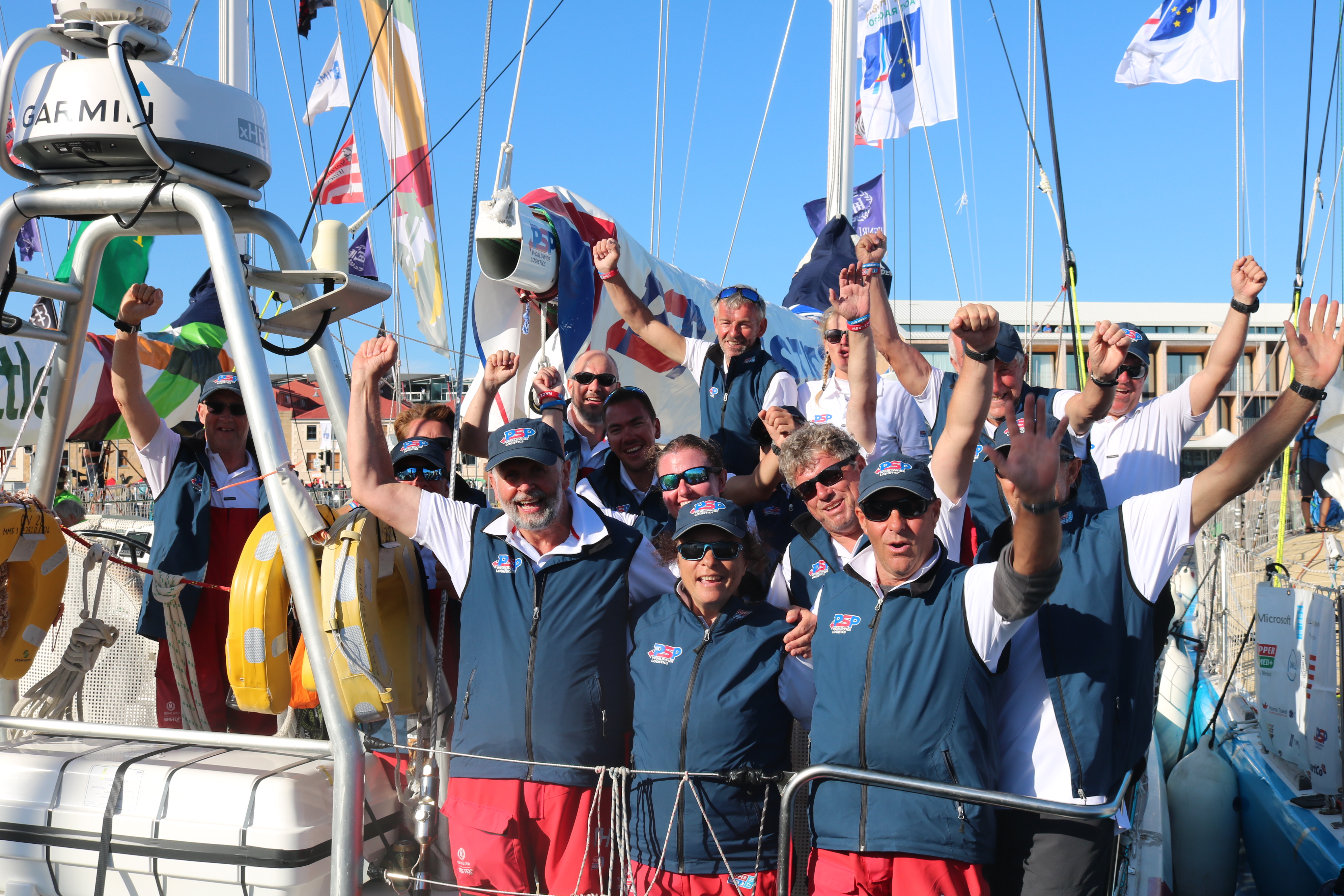 Unicef was just five minutes later (17:03:06) in sixth and upon arrival in Hobart Skipper Bob Beggs said: “That was quick, fast and sunny…and great fun! A really great race, great weather out there and a fantastic event – loved it.”

Another five minutes later at 17:08:08, seventh placed GREAT Britain crossed the finish line with crew member, Claire Stafford (Leg 4) commenting: “It was like a race within a race, which was quite a strange feeling. We were like a family all together - it was really nice and I really enjoyed it." 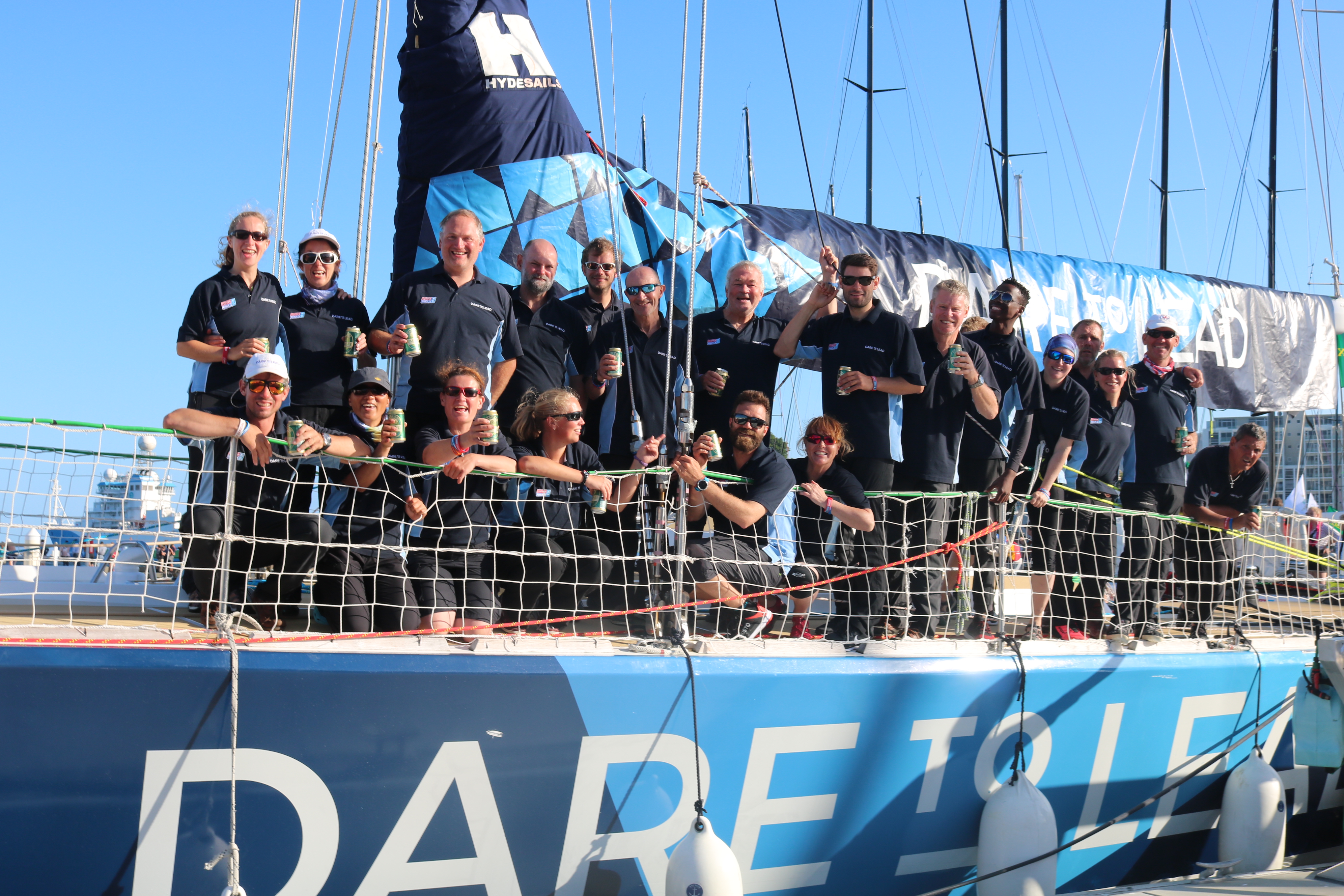 Dale Smyth, Dare To Lead Skipper, said: “This Derwent River is very tricky – anyone wins, anyone loses. We’ve had a great race – a lot of fun and it’s been awesome.

“It was a fairly easy run down and then a hard bit during the night before we got in here with the Derwent wind hole off the entrance, which we sat in before the breeze got up…and then another big wind hole! It was a gamble really and anyone’s game. Eventually the beautiful breeze picked up, thank goodness, and we made it in here before sunset and we’re very happy about that.

On narrowly beating Liverpool 2018, Dale said: “Yeah, it feels good but it’s also pretty brutal to pip somebody on the line. It’s not kind but it was fun and the three of us (GREAT Britain, Liverpool 2018 and Dare To Lead) had a good little dice up here.” 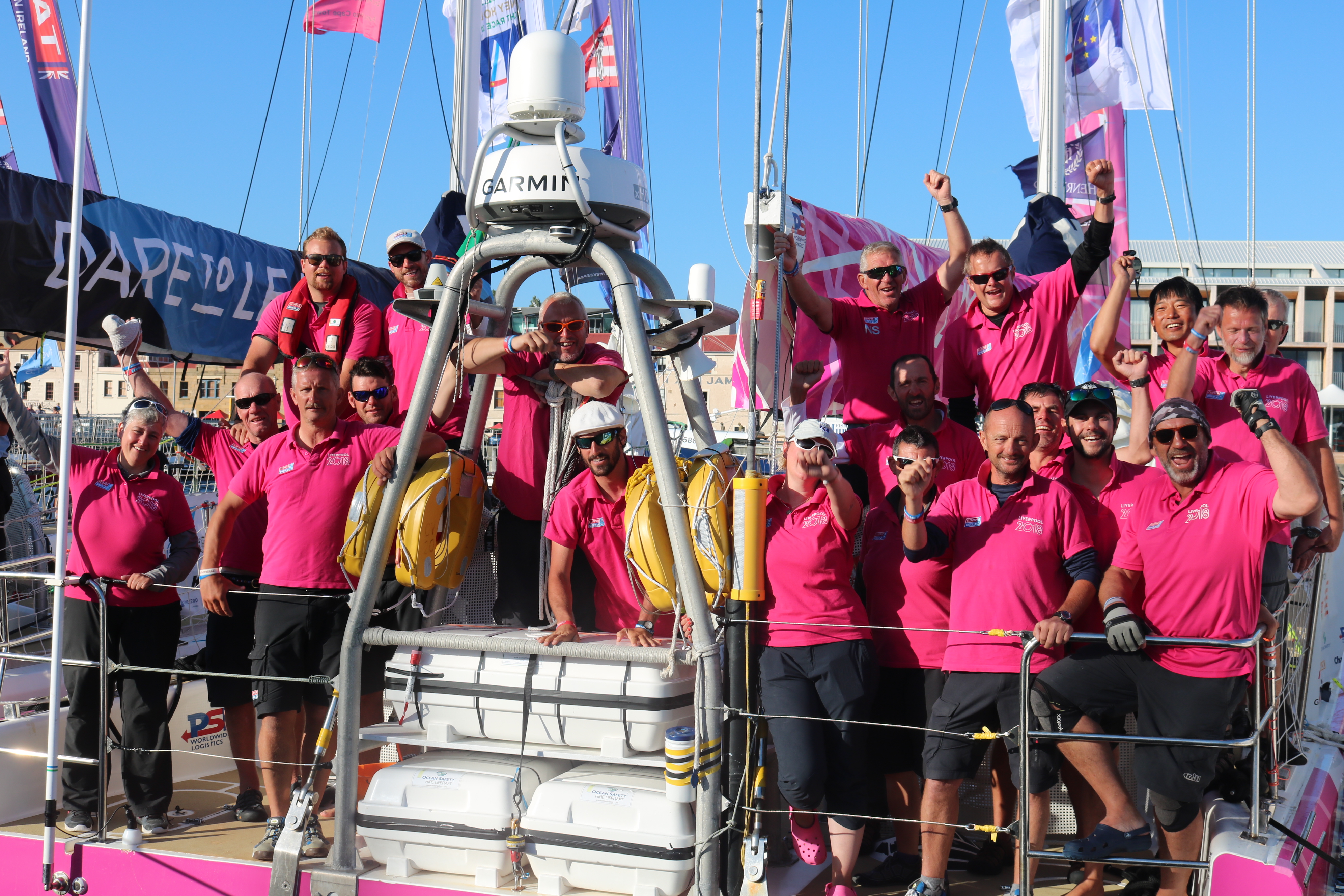 On board Liverpool 2018, crew member Nick Redman, who returned to take part in Leg 4 after completing Legs 1 and 2, applauded Dare To Lead on the team's efforts: "That is racing at its absolute finest. Absolutely gutting to be taken over by Dare To Lead right at the last minute there but ‘Well Done’ to Dale and his crew – they deserve it!"

Hotelplanner.com then joined the fleet, finishing at 17:31:07 as the tenth Clipper Race team across the line, however the Race Office is yet to announce its redress decision following the team’s successful recovery of a man overboard from another yacht in the opening hours of the race, which could well affect the overall team standings for the race.

Qingdao was the eleventh team to cross the finish line at 17:56:46, meaning just 87 minutes and 23 seconds separated the entire fleet, officially making Race 5 the closest stage of the 2017-18 edition yet. Before the race, Qingdao had been top of the overall Clipper Race leaderboard and crew member Al Jay (Legs 1 - 4) explained where he believes the team went wrong this time: “Before the Bass Strait, we could see everyone but then we didn’t gybe when everyone else gybed and we didn’t see the fleet again until we caught up this morning - a bit of a miscalculation on our part."

He then added his congratulations to winning Skipper Wendy Tuck of Sanya Serenity Coast, saying: "It’s really a great achievement for Wendy and I'm really pleased for her. It makes the overall Clipper 2017-18 Race exciting anyway but it’s better being on top than chasing it!" 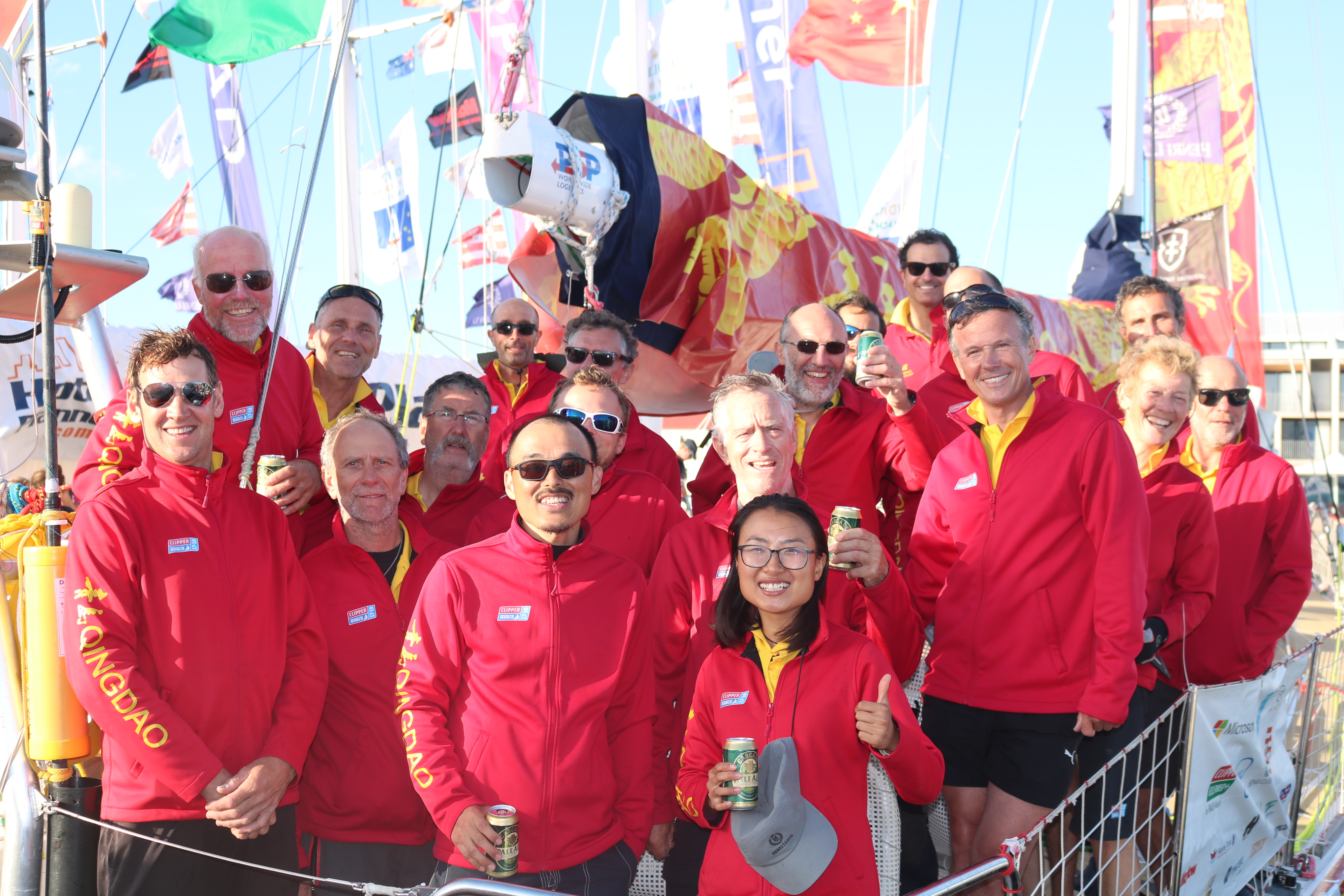 In the overall Rolex Sydney Hobart Yacht Race standings, the Clipper Race fleet held up very respectfully against the professional entries. Sanya Serenity Coast was the 40th of 102 teams that started the race, down to 64th place for Qingdao. Check the overall RSHYR standings here to see each team’s official race line honours position.

Celebrations are now in full swing in Hobart this evening as Clipper Race crew join in one of the most famous end of race parties in the sailing world. The entire town is taken over by sailors and supporters as they join back together to regale each other with their stories of the past few days tackling the blue water classic.