Roy Taylor has revealed that he is to step down from his role as PSP Logistics’ Skipper here in Cape Town, with experienced Clipper Race Skipper Matt Mitchell taking over leadership of the team with immediate effect, for the rest of the Clipper 2017-18 Race.

Explaining his decision, which he revealed in person to his crew shortly after arriving into Cape Town, Roy said: “After a considerable amount of thought and with a heavy heart I have decided to resign my position as Clipper Race Skipper. 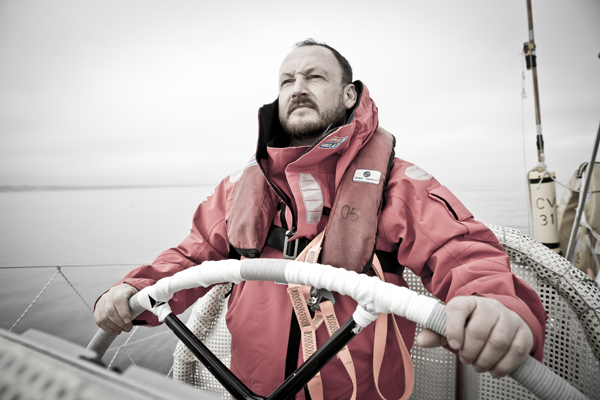 “This Clipper Race is hugely competitive and having completed two legs of the race so far, watching the team on PSP Logistics grow since crew allocation from a group of individuals into a potential race winning team, I've come to realise that they deserve a more race orientated skipper who can release their full potential and guide them towards the success that they so thoroughly deserve.

“It has been an honour and a privilege to have been selected as a race Skipper and to have had the opportunity to lead this wonderful team this far. They will be in great hands with Matt at the helm and I wish Matt and all the team of the mighty PSP Logistics all the very best in the coming months as they battle for the Clipper Race trophy.”

Clipper Race Director Mark Light said: “We are saddened at Roy’s decision to step down as Skipper. He achieved an excellent podium result in Race 1 and was very much a valued member of our team, respected by the Race Office, his crew, and his fellow skippers. 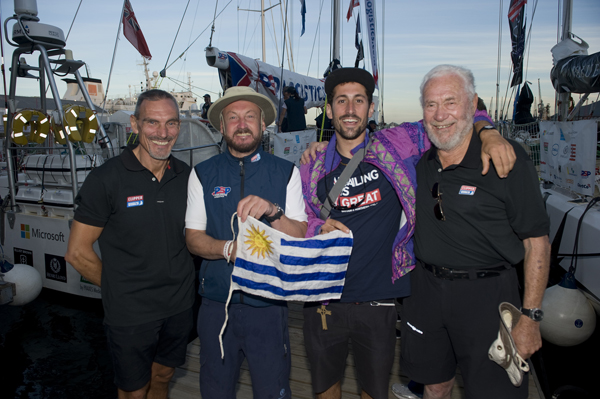 “We do however have to respect his decision and have found them an excellent replacement in Matt Mitchell who is one of our most experienced Skippers.”

Adding, Mark says: “PSP Logistics has already proved itself to be a competitive team and despite its recent setback in the last race, I have every confidence they will return strongly together.”

PSP Logistics CEO Frank Dixie commented: ““Roy will be missed for so many reasons and not least of all because he is a fabulous guy. He is liked and respected by all of us at PSP Logistics and by those involved in the Clipper Race, and whilst we respect his decision we would like it known that he will be sorely missed. We appreciate the decision must have been a hard one to make and wish him well for the future.

“We welcome Matt Mitchell on board and look forward to getting to know him as we race on around the world with high hopes of further podiums to come.”

The 2017-18 race will be 30-year-old Matt Mitchell’s third Clipper Race campaign, having most recently led the ClipperTelemed+ team in the 2015-16 race.

With over 150,000 nm in his log book, Matt is one of the race’s most experienced ocean racing skippers and instructors, having trained and led Clipper Race crew for the past four years. As well as his experience in leading Clipper Race teams, he has also competed in three Fastnets, three RORC 600s, the Antigua Sailing Week, St Martin Heineken Regatta, St Thomas Rolex Regatta, BVI Spring Regatta, Le Voiles de St Barths, Cowes Week, Round the Island Race, Hamble Winter Series and the ARC. 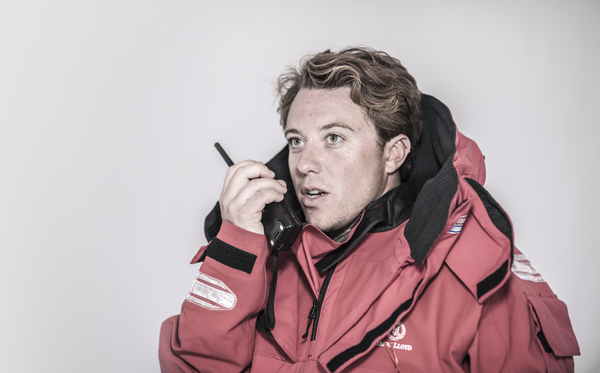 On returning to the Clipper Race, Matt says: “Ocean racing is my life’s passion so I’m delighted to be getting back out on the water for my third Clipper Race. PSP Logistics has proved early on that they are a competitive team so I’m looking forward to helping them continue to achieve great results, and more podiums, in this race.”

With PSP Logistics’ late arrival into Cape Town following their collision with a whale earlier in this race, the whole Clipper Race community is pulling together to help prepare the team for their next challenge, which starts on Tuesday, 31 October, when Race 3, to Fremantle, Western Australia, sets sail.

The Clipper Race has assigned a Race Office team official to act as Boat Captain, who will be responsible for coordinating an action plan for the team’s preparation ahead of Race 3. The Boat Captain will be taking care of PSP Logistics’ deep clean, refuelling, victualling, and even coordinating their laundry, while the race’s maintenance team will take care of all essential work, rig and safety checks, to enable the crew to concentrate on getting some well-deserved time off.

PSP Logistics’ Leg 3 crew are already busy getting victualling provisions sorted, aided by Claire Fulton from Liverpool 2018, while crew members from all eleven competing teams have come forward to help with the deep clean.

Commenting on the support being shown towards PSP Logistics by crew members from other teams, Mark Light added: “The support for PSP Logistics clearly demonstrates what a close-knit community the Clipper Race is. I’d like to thank everyone for their efforts in helping out their fellow competitors.”