The 2015-16 edition of the race may have only just ended, meaning almost twelve months until the 2017-18 race gets underway but crew training is already in full swing. 455 crew are already signed up for the next race and are being put through their paces at our Gosport, UK, and Sydney, Australia Training HQs.

Father and son duo Richard and Mike (pictured in main image: Photo Credit: Phil Haigh) have completed two of the four compulsory training courses, with Level 3 starting next month. Keen sailors and adventurers, we caught up with them to discover why they will be racing together on the same team and wouldn’t have it any other way.

How did you hear about the Clipper Race?
Richard: I first heard about it from Mike when he suggested we should do ‘it’ together. Coincidentally in the same week that Mike suggested the race a close friend of mine, John Kellet, also suggested it to me and is now signed up for Leg 7 & 8.

Mike: I'm not 100% on what sowed the first seeds. I remember the poster in the tube was probably a frequent reminder, but I think the first time I heard of the Clipper Race was when researching the 70' challengers run by Tall Ship Youth Trust.

What led you to sign up?
Richard: Initially I was doubtful but when I thought about the exciting nature of the challenge and the unique and special opportunity to do such an adventure together with my son I realised this was something I didn’t want to miss.

Why did you chose Leg 8?
Richard: I wanted to do an ocean crossing and both Mike and I needed to plan our commitment to the Clipper Race in a way that worked for both our professional/ work commitments. However, we both think that one leg is not really enough and are scheming to see if we can manage another, possibly Leg 2! 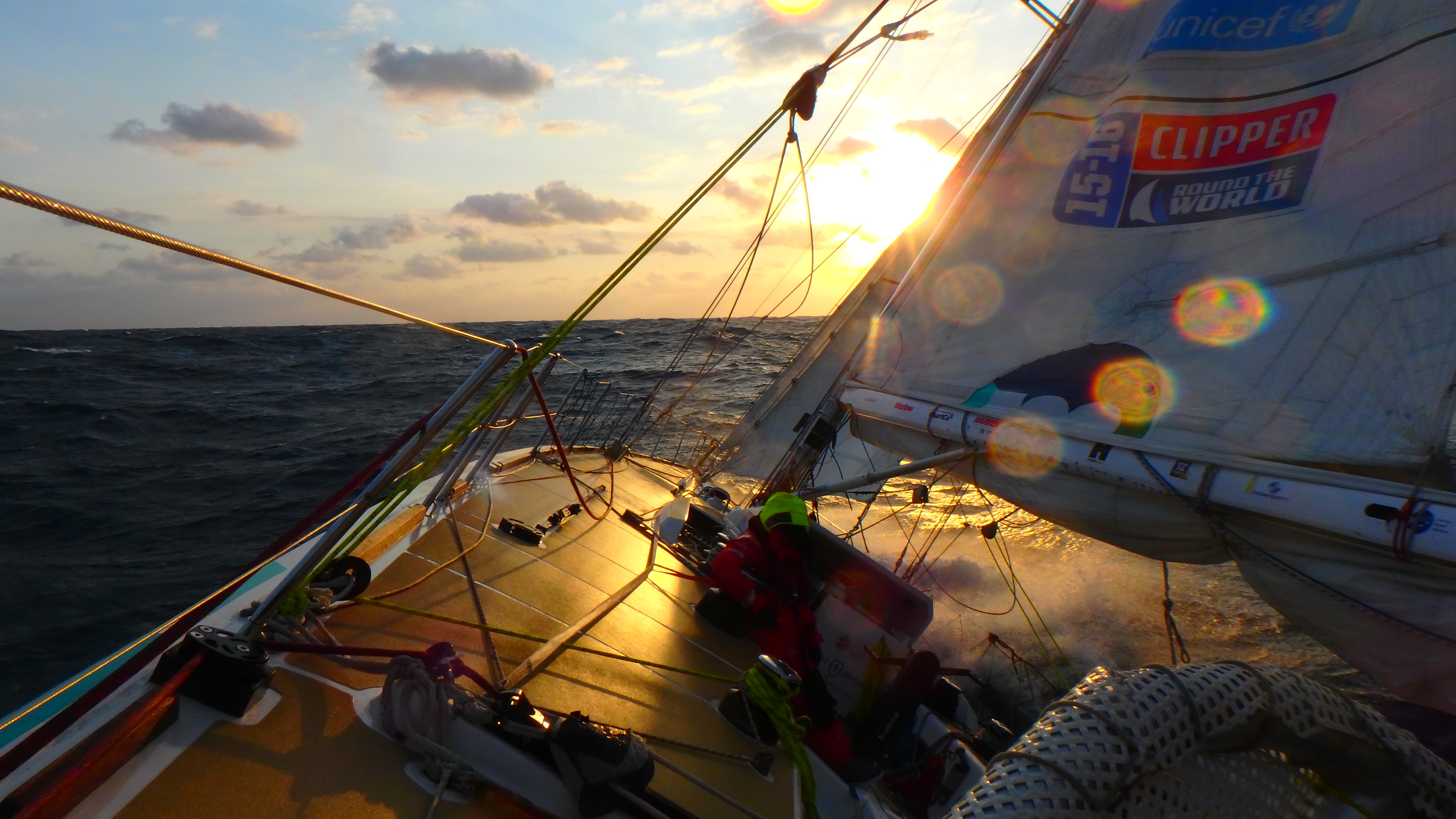 Have you done any adventures or endurance style events in the past? If so what did you enjoy most about them?
Richard: I have done quite a lot of mountaineering and expeditions in the Alps as a teenager, I am keen on walking and retained an interest in pushing yourself. I also cycle and have been mountain biking for about 20 years.

I recently did the London 100 on a road bike which was great fun, I was pleased with my time. Whenever you do something like that it’s always a little bit about self-performance making sure you are fit and get round well and safely. I think it’s always nice to have something to aim for - a goal to keep challenging yourself. I enjoy being fit and performing in a competitive environment reasonably well.

How did you find your Level 2 training?
Richard: Well I think we were very lucky. We had some windy weather at the start of the training week and got right out into the thick of it. This meant we got straight into the serious business of sailing in weather and the watch system.

We had a great skipper, mate and crew and everybody really worked together. I know we all really enjoyed the week and felt that the balance between training and challenge was just right. Some of us were seasick but that is the nature of sailing and we all worked through it. We ended the week in the sun and were able to get the spinnaker up sailing around the Isle of Wight so you can’t do much better than that.

Mike: Taking the helm as soon as I came up on our first night watch. Sea sickness was just kicking in across the crew and I wasn't feeling too great myself. Helming in the dark had been one of the hardest things for me on Level 1 so I was petty apprehensive but it went well, I wasn't sick and by the end of the course I would no longer pick helming out as a weakness.

Richard: Dealing with Seasickness for the first time in my life, at 57!

What will you take away with you from your Level 2 to prepare for Level 3?
Richard: Teamwork, teamwork, teamwork. Everything they say about good communications and inclusive leadership is true.

Mike: Revise all the Level 1 information, it is all the same at Level 2 so if you have that mastered, when you come to do it at 0300 it won't take so long!

Are you competitive?
Richard: I suppose I am but it’s not just about me. I want my team to be happy and to do well. Personally I don’t feel I need to win all the time but I like to be fit and do well.

Mike: Yes, not to an extreme but the reward of working hard as a team to achieve a goal is one of the best feelings.

As father and son do you want to race against one another or on the same team?
Richard: The same team for sure, we were both surprised the first time we were asked this question. We had never considered not doing it together on the same team. Mike and I have always had a good relationship and sailed together on family holidays but for me the opportunity to work together in a much more demanding environment is a pleasure. I am already seeing Mike in new light and can see that the Clipper Race will play to his strengths and that we will build new adult relationships on the back of working together.

Mike: On the same team, I can't imagine doing it the other way. By doing it this way we will have shared experiences that we can discuss for the rest of our lives.

What do your family think about you participating in the race together?

Richard: They are very supportive but I guess they are also anxious…and looking forward to a trip to New York!

Mike: I think they see it as a really great and exciting thing, my youngest sister is pretty keen to do some too. Mum didn't sound keen on three on a boat and it is too early for my sister to afford this so maybe I can pick up the full circumnavigation in stages.