Thrill-seeking Liz Galloway is a future Clipper Race crew member who can’t wait to embark on her next challenge: Leg 5 of the Clipper 2023-4 Race. “I have to say, flying a helicopter is easier than sailing a boat!” Said Liz after stepping ashore from her week of sail training on board a Clipper 68.Image: Liz helming on her Level 2 training

No stranger to big adventures, Liz has previously ticked off Indochina’s highest mountain, Phan Xi Păng, undertaken jungle survival guide training, completed both her helicopter licence and skydiving licence, and has swum with sharks. Following her Level 2 Clipper Race training, she spoke to us about taking on her next adrenaline-filled challenge. She said: “I’ve always looked for adventures and this will be my first of this type.

“I am a novice sailor. I have been out on small sailboats with friends on the Puget Sound in Seattle but that was on leisure cruisers - I got to hang out and do a couple of things that I was told to do, but there is a lot of learning for me to do for the Clipper Race. I think as a novice it's a different experience and perspective to those who have sailing experience.” 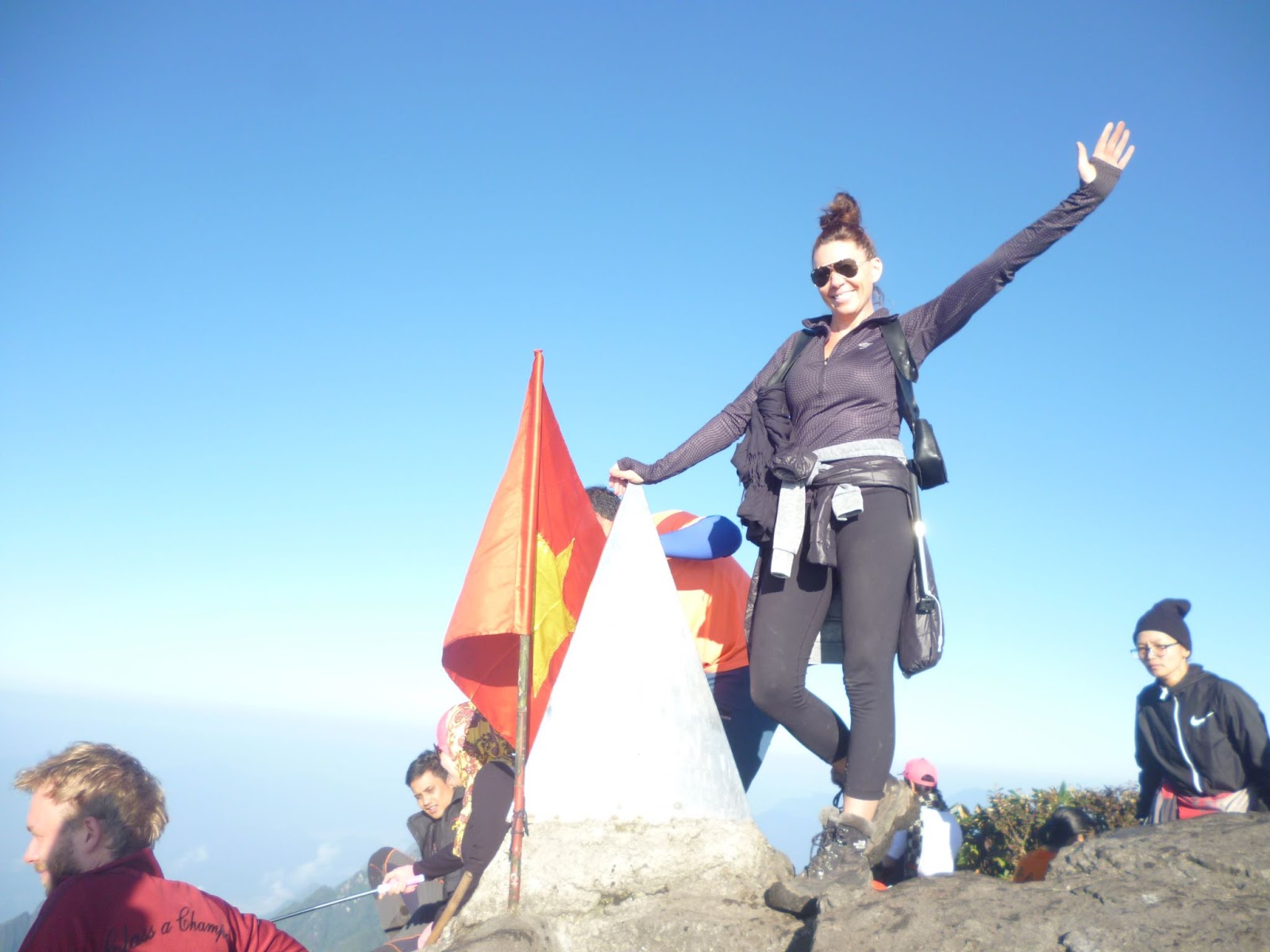 Liz has, however, spent time at sea. She explains: “I have spent two years working on a small ship expedition company out of the US. I led their wellness team. It was pretty cool. We took care of the guests on board, took them out for adventures. We didn’t make them race, though!”

But what Liz may lack in previous sailing experience, she makes up for in an abundance of enthusiasm. Liz has been at Clipper Race HQ completing Level 2 training, the second of four compulsory levels of training carried out by all Race Crew, regardless of previous experience. Reflecting on the week, she says: “Everybody is super respectful and as a team we were very calm and chill and supportive of each other - no drama on board, just really calm.

“As someone who hasn't lived at sea before, it was interesting to see how it would really be on the race. I actually got better sleep out at sea than I did when we were docked. The sounds at sea are very soothing! We had wind speeds of up to 40 knots and we had two metre high waves. But I have to say, as someone who has never helmed or anything like that, when it's 4am and you’re guiding the helm by stars and trying to stay on course through busy sections, and you’re surfing those waves, it’s pretty spectacular!”

Like every crew member, Liz faced her own challenges adjusting to life on board. She reflects: “The biggest challenge is the hot bunking. Whilst I have crewed on ships before, it was a little bit different to a Clipper Race yacht. I was on an expedition boat and everyone had their own space in crew quarters. I think once you get in the pattern of the watches, it’s not that big of a deal. You lose track of time and day - you’re just on your own time. It’s amazing how quickly you can go to bed at 1pm or something like that - it’s no problem!”

Liz hadn’t heard about the Clipper Race before coming across content online: “I sometimes look for new worldwide challenges online and inevitably find articles on these, prompting me to dive in or down a rabbit hole of how I can do it too. The YouTube videos also solidified it for me, hitting all of the key points of inspiration. Of course, once I looked into this, marketing works and I saw follow-up Clipper Race ads that kept it in mind until I reached out online. It looked like a challenge to not only learn to sail myself amongst people of all levels, but push myself with a big physical and mental challenge during the race.”

However, seeing the racing yachts and experiencing the stopover atmosphere up close was the catalyst for her next adventure. Liz said: “I saw the race come into Seattle this spring and went down to the arrival celebrations. I saw the crews popping champagne and they were so excited! It was inspiring to see the teams come in and you could see the camaraderie and bonds formed - and the relief to be back in port! It was so inspiring to see. So now I have had a taste of being on board, I can put that into perspective.” 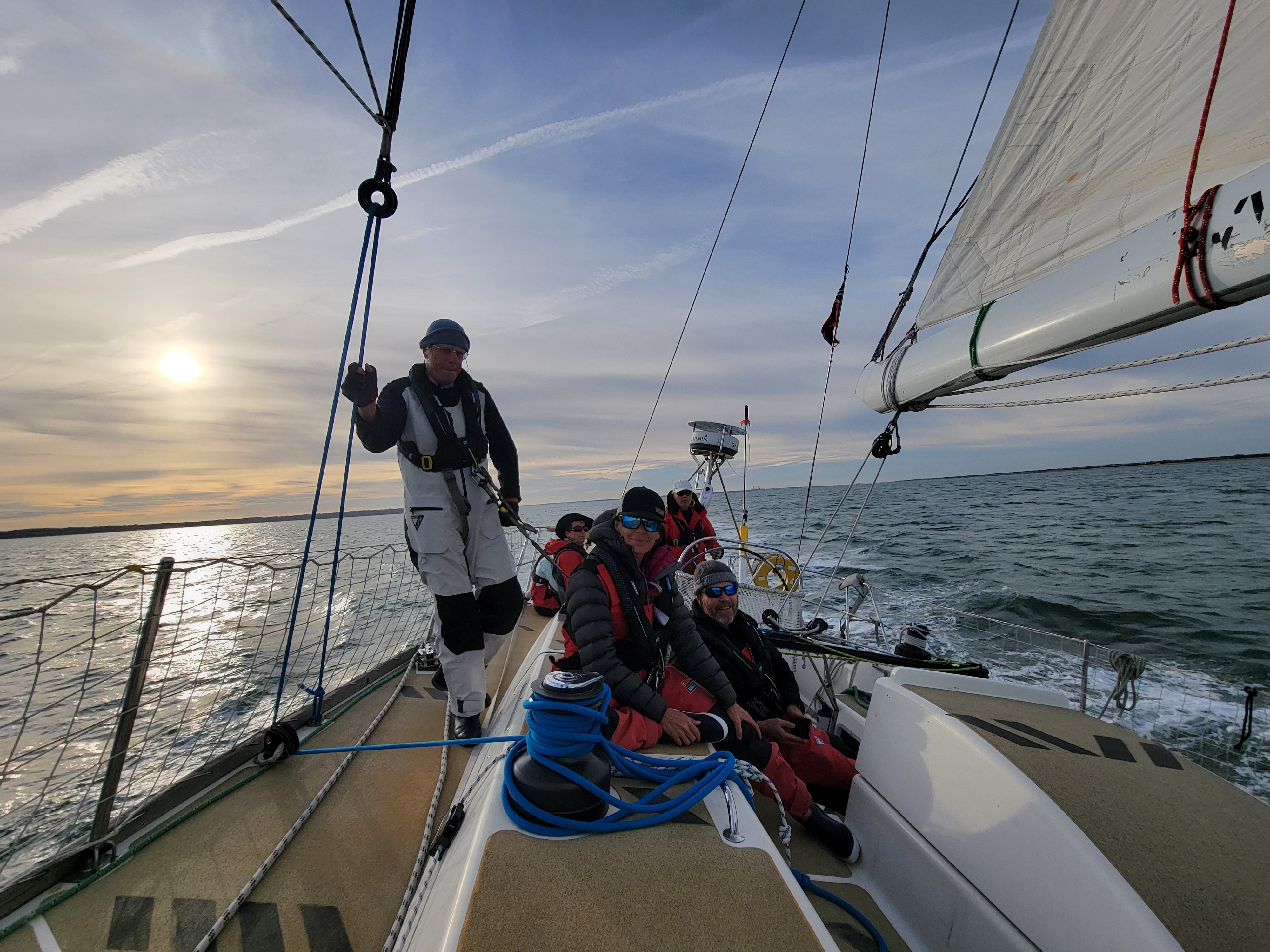 Image: Liz with her crew during the Level 2 training

When it came to choosing which leg of the Clipper Race she would do, Liz explained: “I was originally hoping to join for Leg 2, but it was full so I ended up on Leg 5 and I’m very happy about that. Now I know a little bit more about the race, the climate, the challenges of being on board, and in addition to all of that, the cold - which is maybe not my best friend - I wanted to take a warmer leg which I heard Leg 5 was. Plus, racing from Australia to Asia is going to be great.”

Looking ahead to her race, which is due to begin in early 2024, Liz has her sights set on success - whether that's on-the-water performance, or completing her own goals. She says: “It would be nice to win the race, but I don't think that's my ultimate goal. My real goal is to accomplish and tick off another big adventure - plus learning the new skills. So even doing Level 1 and 2 training, I’ve come out with more skills that I did not have before. So if I wanted to go out and do some more sailing myself, I’d already feel more confident.”

Liz's family and friends were unsurprised about her latest endeavour of ocean racing: “It's more like, what's to think? They have adapted to me doing adventures or seeking out distinctive experiences my whole life," Liz says. "While they may think it's just about a feeling, for me, it's about placing myself in new environments, cultures, and places to expand my interaction with the world. It's an opportunity to learn and grow, and I definitely found that during training. Racing is something that will level the playing field when on board. The ocean doesn't care about your age, gender, or ability, it just asks, rather demands, your full attention. This is a place that changes daily.”

Liz concludes: “This is going to be very different to my other adventures - I have to say, flying a helicopter is easier than sailing a boat! There's no real comparison to something like this, it's so different.”