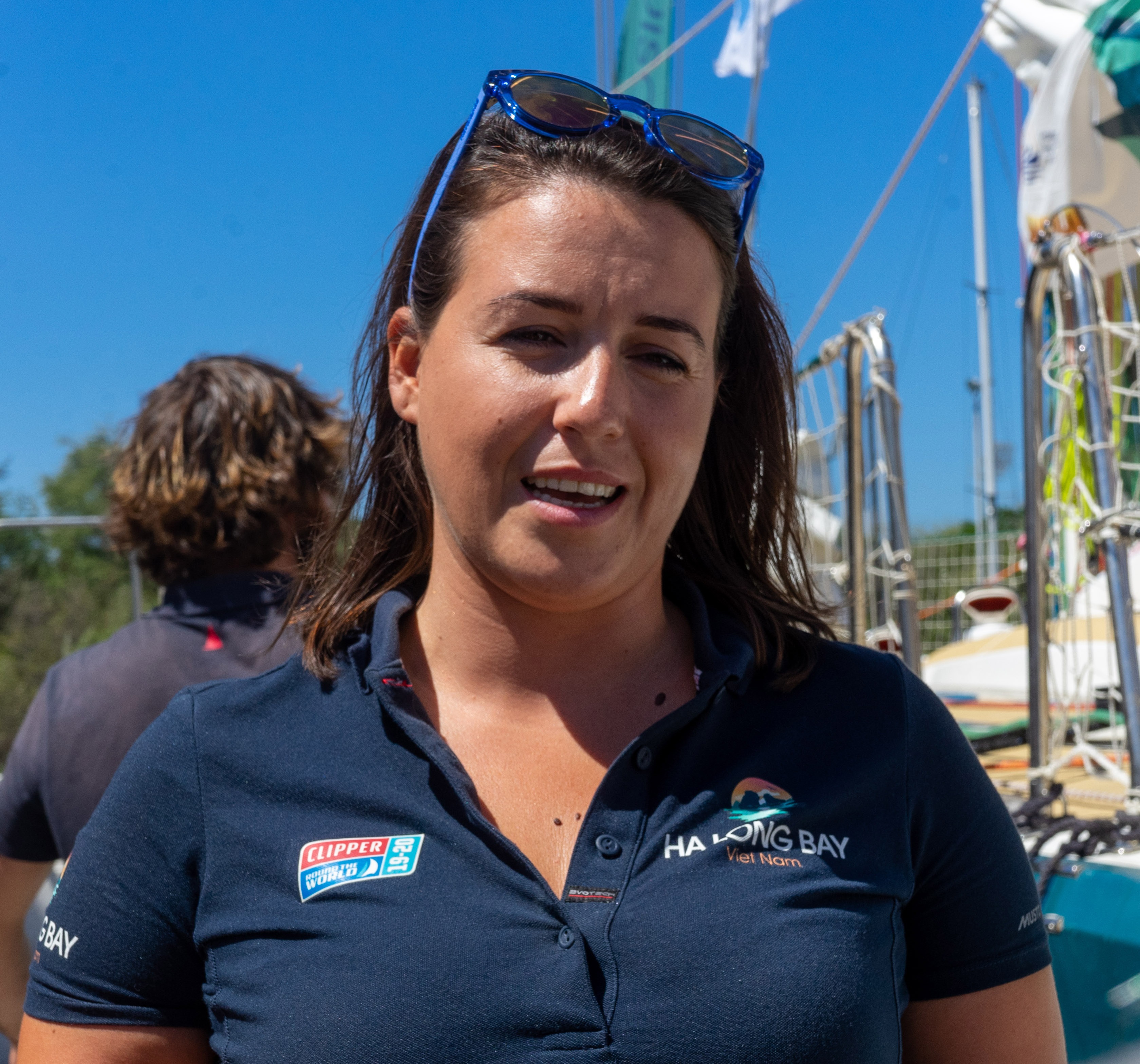 “I thought a girl from Liverpool can’t be a sailor…”

29-year-old Jade Hughes who was born and raised in Liverpool has realised her dream of crossing oceans by taking part in Legs 5 and 6 of the Clipper Round the World Yacht Race. She is one of 700 ordinary men and women who are taking part in the 2019-20 edition of the biennial race.

Jade who currently lives and works in London originally thought that this was not possible for a girl from Liverpool. She originally signed up to the race to fulfill her adventurous spirit and to prove to herself that there should never be any limits in life. She says:

“I signed up to the Clipper Race for the adventure – I think if I can do this kind of race, then I can achieve anything.

“I can achieve many other things that I have suppressed. For me this is kind of the beginning. I want to challenge myself, achieve what most people believe is the impossible that I know I can do.”

After taking part four intensive weeks of training Jade’s nautical adventure started in December where she joined the Ha Long Bay, Viet Nam team, which is skippered by Josh Stickland, where she raced from the Whitsundays to Subic Bay in the Philippines. This was such a challenge for Jade and one that impacted her in more ways than one. 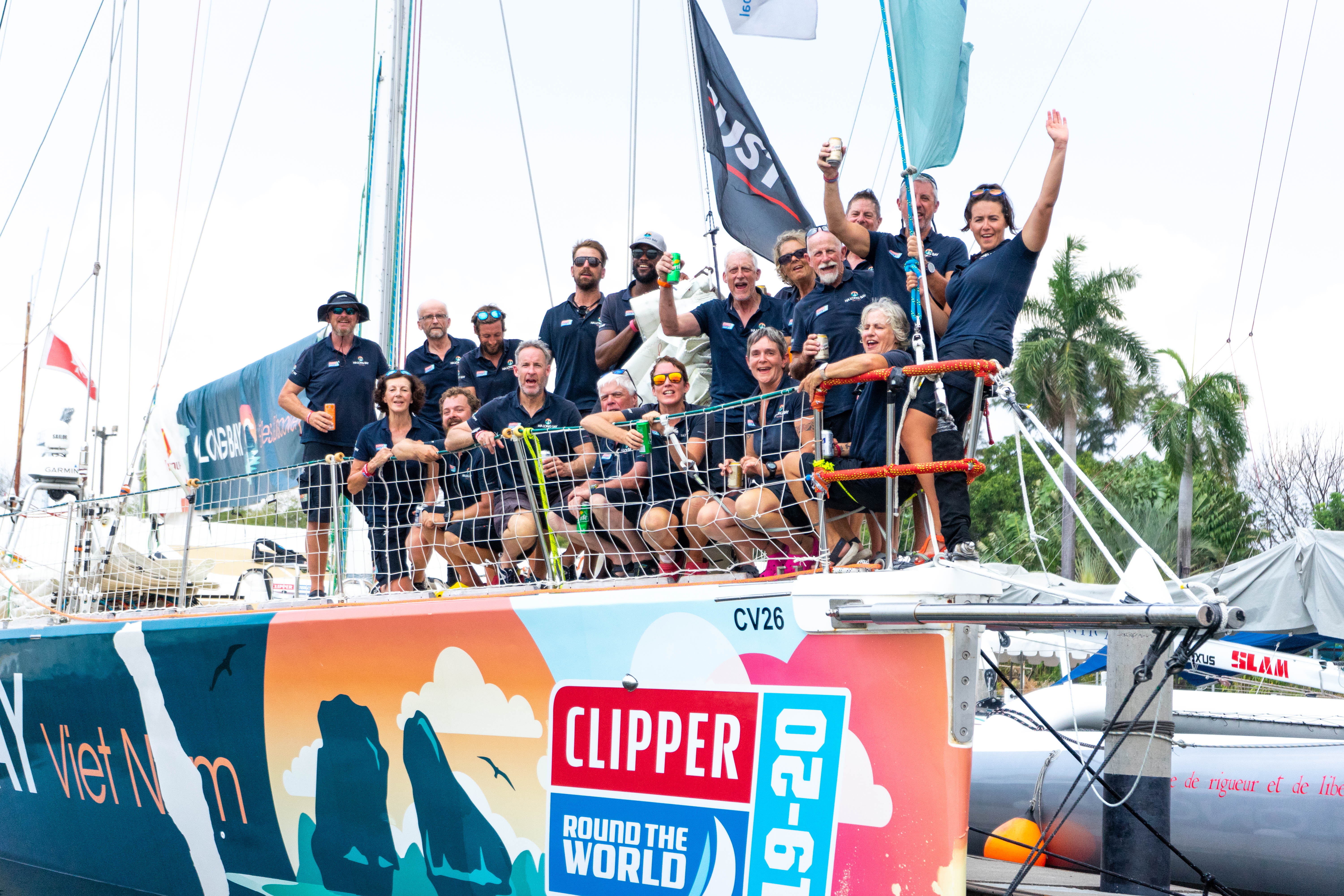 “The race from the Whitsundays to Subic Bay was kind of a mental challenge. I love the sun – I am a sun worshipper and I am always on the beach when I am on holiday. I am not going to lie, it felt like I was sitting on the surface of the sun. For me it was much hotter than you can ever imagine. I don’t think I have ever sweated as much in my life!”

Conditions aside, the journey from Australia did provide Jade and her crew mates with some very unique memories. One of which was crossing the Equator, a special moment for any sailor and achieved by very few. She says:

“We had some great wind, great speeds, a bit of everything and of course we crossed the equator which was kind of special.”

Jade’s introduction to the race came almost 15 years ago when she was volunteering for the Clipper Race’s charity partner Unicef. She was working in a tent raising money and was mesmerised by the race. She explains that she watched videos of the race all day and that this resonated with her. She says:

Jade wanted to do the race to prove to herself that she can achieve her dreams. Being on the sea provides her with a sense of well-being. She reveals:

“I love the sea, for some reason I have always felt calm on the sea or looking out into the vast ocean.”Jade is taking part in two of the legs of the eleven month long race. Whilst Jade is not doing the full circumnavigation, she is showing her support to her Ha Long Bay, Viet Nam team by waving them off at the Race Start in London back in September 2019 and she will be there when the race concludes in August 2020. She is also planning to meet up with her team in Derry~Londonderry for the Foyle Maritime Festival which is the penultimate stopover before Race Finish.

“A lot of our crew are Irish so it will be great fun to be there.”

If you feel inspired by Jade’s story and if you want to achieve your own remarkable journey, take action now and sign up to the Clipper 2022-21 Race, or follow the current race and read the daily crew blogs to get further insight into what you could experience.

Ha Long Bay, Viet Nam has topped the podium for the second time in the 2019-20 edition. Winning Race 9: The WTC Logistics Tri-Race, the first race of the Mighty Pacific Leg, after crossing the Mandatory Finish Gate at 20.07.22 UTC on Saturday 14 March.…