“I found the answer to a long unanswered question.” Said Abdelhamid Abouyoussef about taking part in the Clipper Race. Like many who apply Abdelhamid, a Managing Director, from Egypt, has always wanted to circumnavigate the world, but on his own the logistics were complicated. When he found out that a challenge such as the Clipper Race existed for non-professional sailors like himself it was a ‘no brainer’. 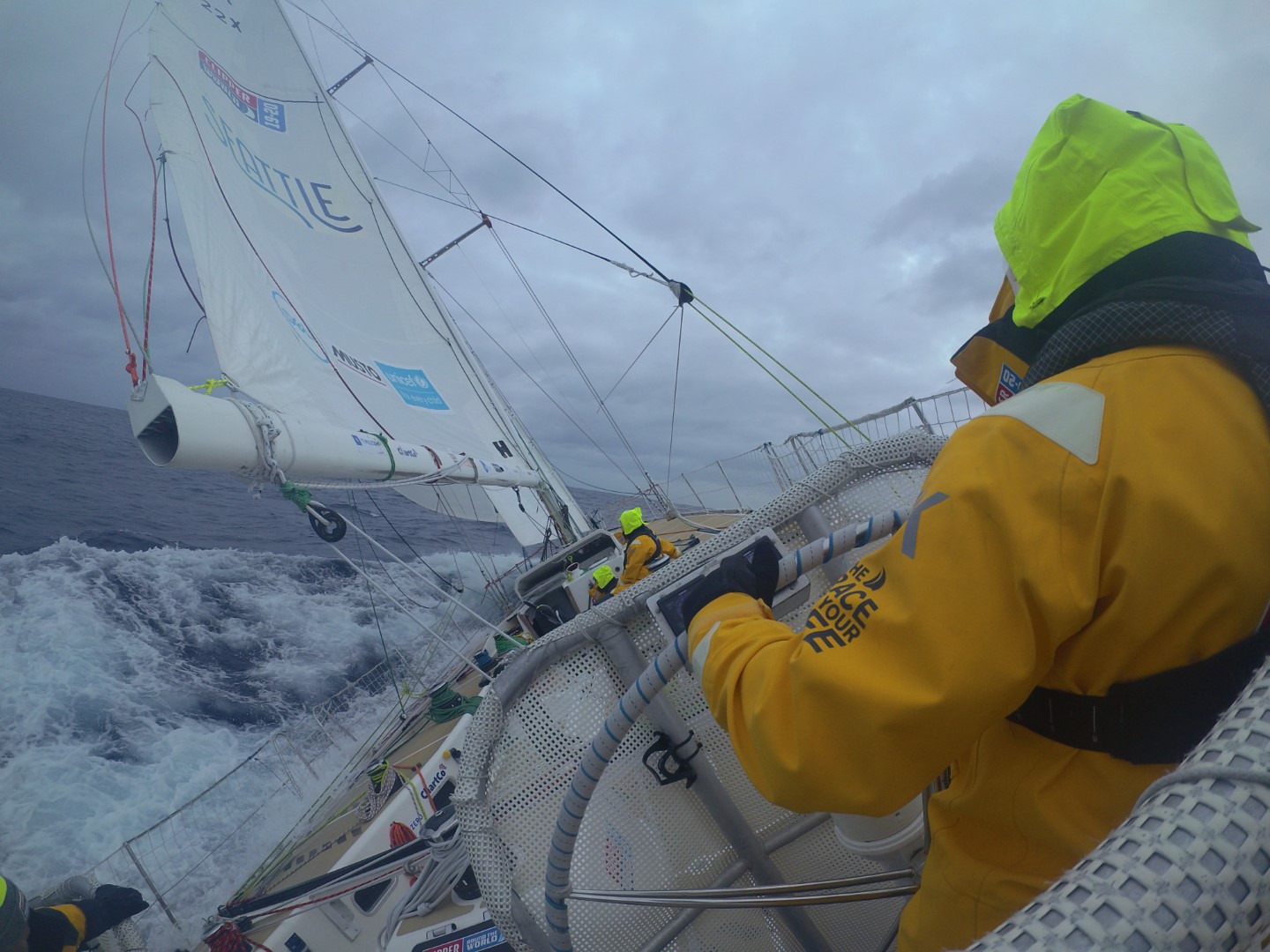 Signing up to participate in the South Atlantic Challenge, Leg 2 and the Mighty North Pacfic, Leg 6 because they represented two oceans with some of the biggest challenges this planet has to offer means that he would get ‘a great taste of a bigger dream’.

Abdelhamid’s Clipper Race journey began back in 2018 and he threw himself into all aspects of the race from the four levels or training to the pre-race events such as Crew Allocation where he met his fellow Seattlecrew mates and skipper. He said: “For me, the Clipper Race is a wake up reminder that there is more to life than just work. The training was meticulous, comprehensive and safe and it prepares you (as much as possible) for what's to come.” 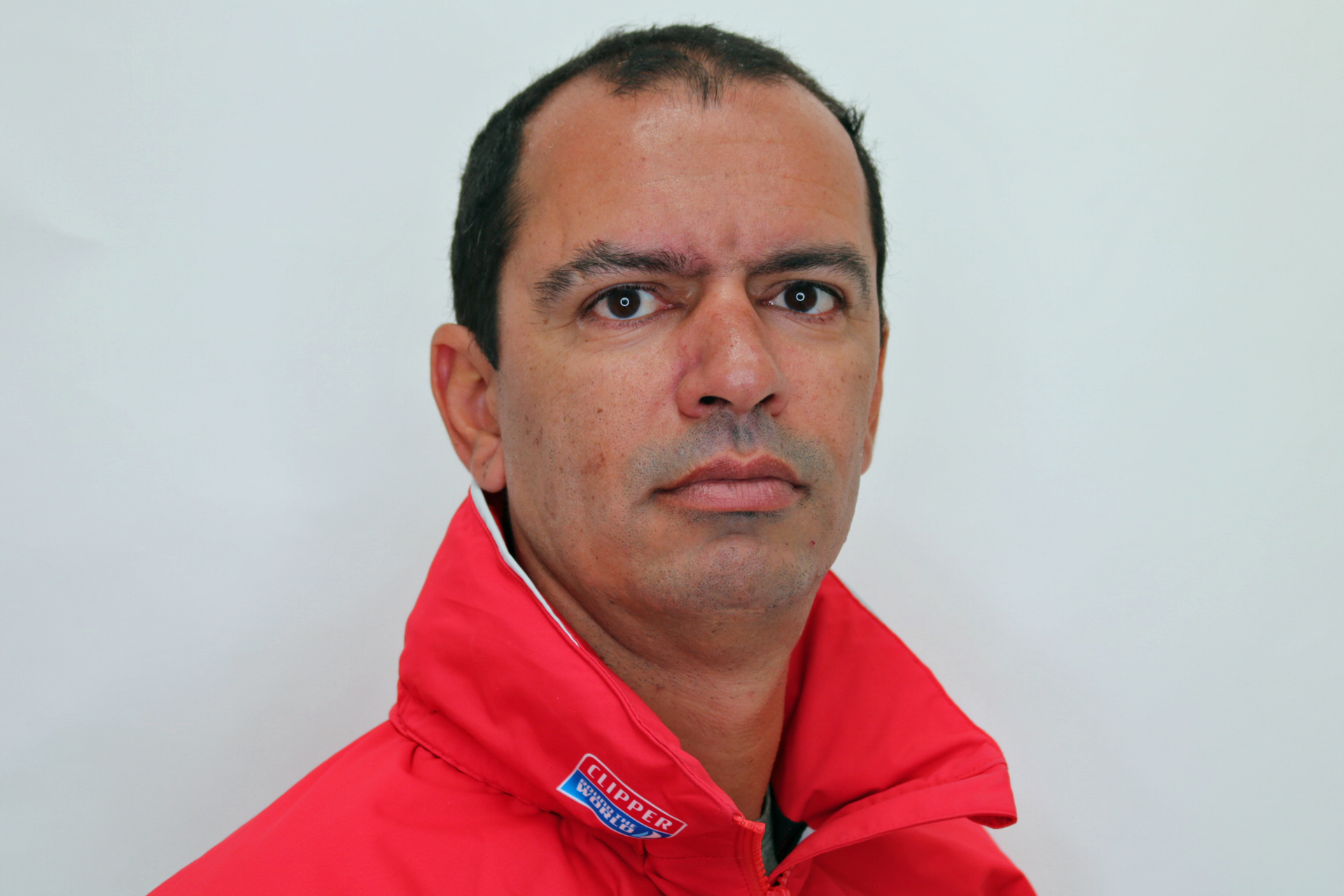 The South Atlantic from Punta del Este to Cape Town was first on the agenda a 3,555 nautical mile drag race. It was a tough 17 days of racing, with the fleet facing winds gusting up to 70knots, difficult sea states and heavy rain that the low pressure systems bring. Making conditions both on deck and below a real test of fortitude.

“It was much harder than I thought. The winds and waves were bigger than anything I’ve ever seen or thought possible. But you just keep going as you can’t let your team down. Incredible test of stamina and mental strength.” 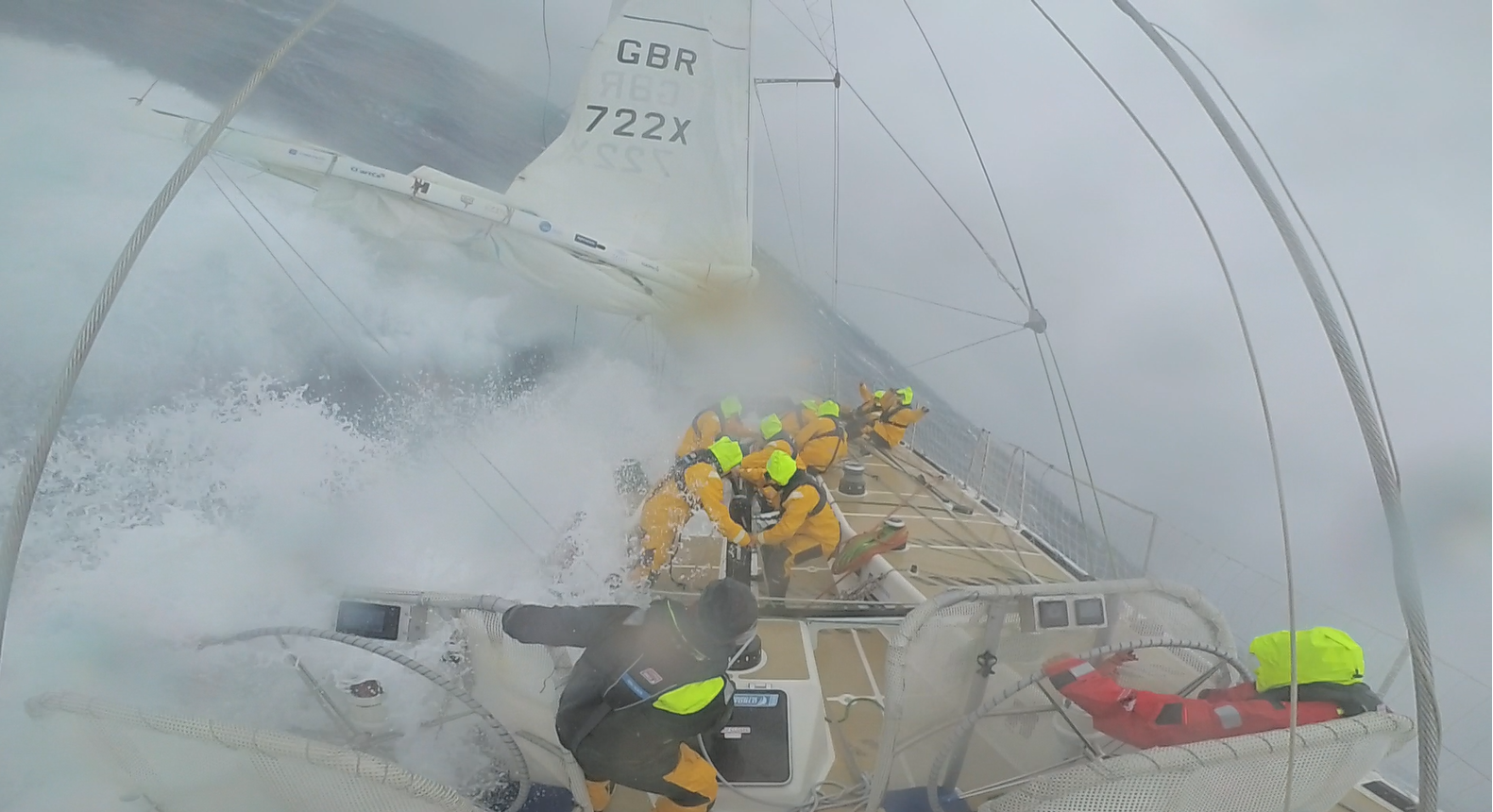 Although an experienced dinghy sailor, ocean racing has given Abdelhamid a true appreciation of Mother Nature's force saying: “A Clipper 70 exposes you to incredible forces in the sails and sheets and brings you closer to weather systems that smaller boats can only dream of. So above all, other than the adrenaline high dose, it forces you to become a safe sailor as mistakes can be very costly to man and material.

“Helming Seattle through 50 knots of wind and 10 metre waves in bright sunshine was a real highlight; I felt so alive and insignificant at the same time. “The toughest part was trying to bring down the staysail in a stormy 60 knots wind, in pitch black darkness, with tons of sea water pounding on us, wave after wave, with the entire bow going under water. The training kicked in, double clipped on and the evolution was done safely although not very fast as we were holding on with both hands more often than not. As with all tough adventures, arriving into Cape Town first meant relief then a few days later you start missing your team and the sailing and you wish you were back on the boat.”

As a multi-legger Abdelhamid has been following his Seattle team and the rest of the fleet’s progress both before and after completing Leg 2, he said: “It’s addictive to follow your team trying to figure out what went wrong this day or what was the strategy that other day. It’s also very engaging to read the blogs, but both become much more relevant after you have done a leg as you have much better insight into what’s going on on board.” 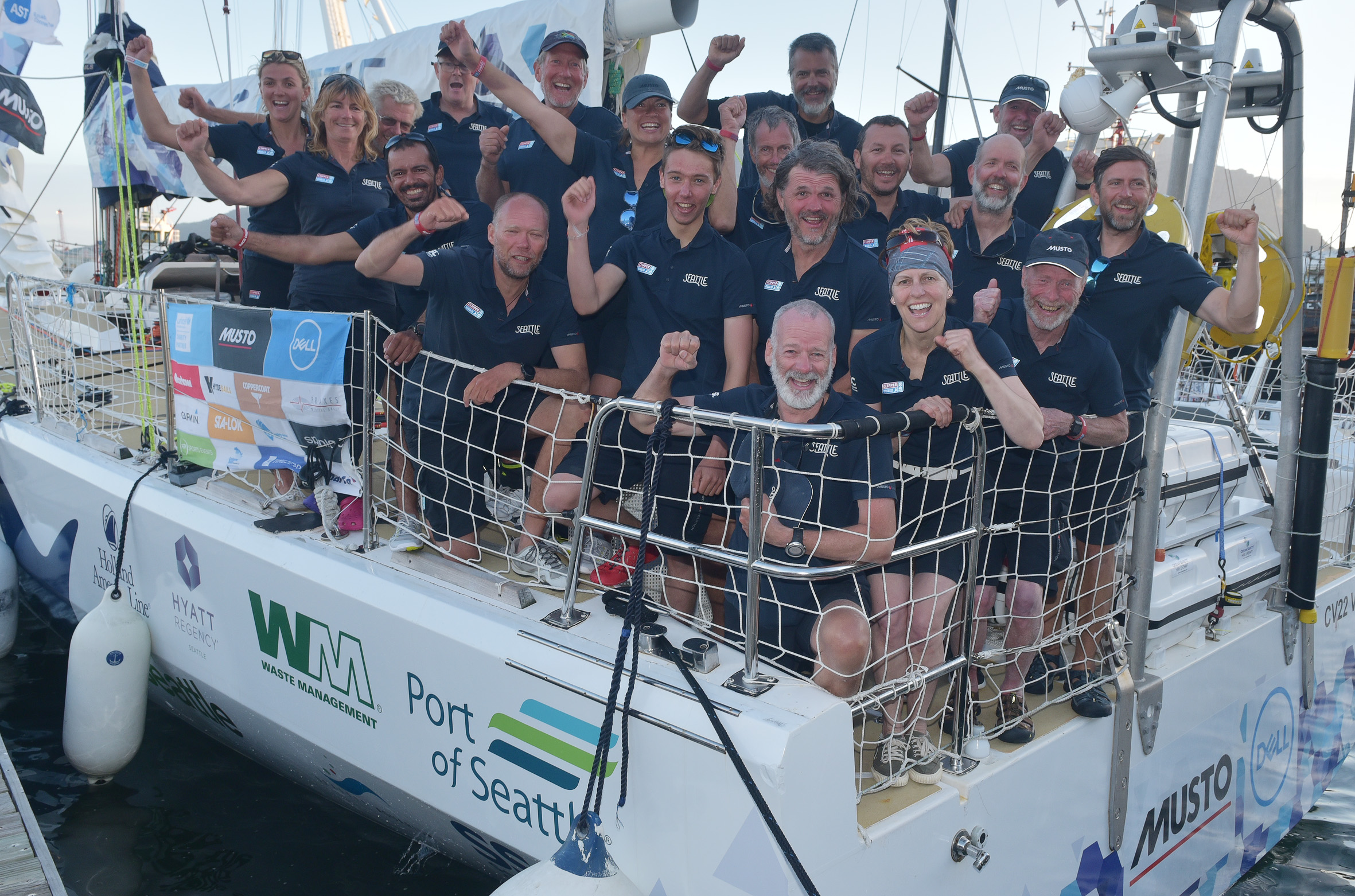 Having already had a taste of life on board Abdelhamid rejoined Seattle to race from Zhuhai, to Qingdao then across the North Pacific Ocean to finish his journey into Seattle’s Bell Harbor Marina. Unfortunately, the race was impacted by the coronavirus outbreak which led to the Clipper 2019-20 Race first amending its route to Subic Bay, Philippines and then ultimately being postponed for a year. He said: “It was disappointing but necessary. Crossing an ocean with a pandemic gaining momentum would have been too big a risk.”

Despite the logistical difficulties of having a one year delay Abdelhamid is excited to complete his challenge, cross the North Pacific and race into Seattle saying: “I’m looking forward to the race of my life :)”. 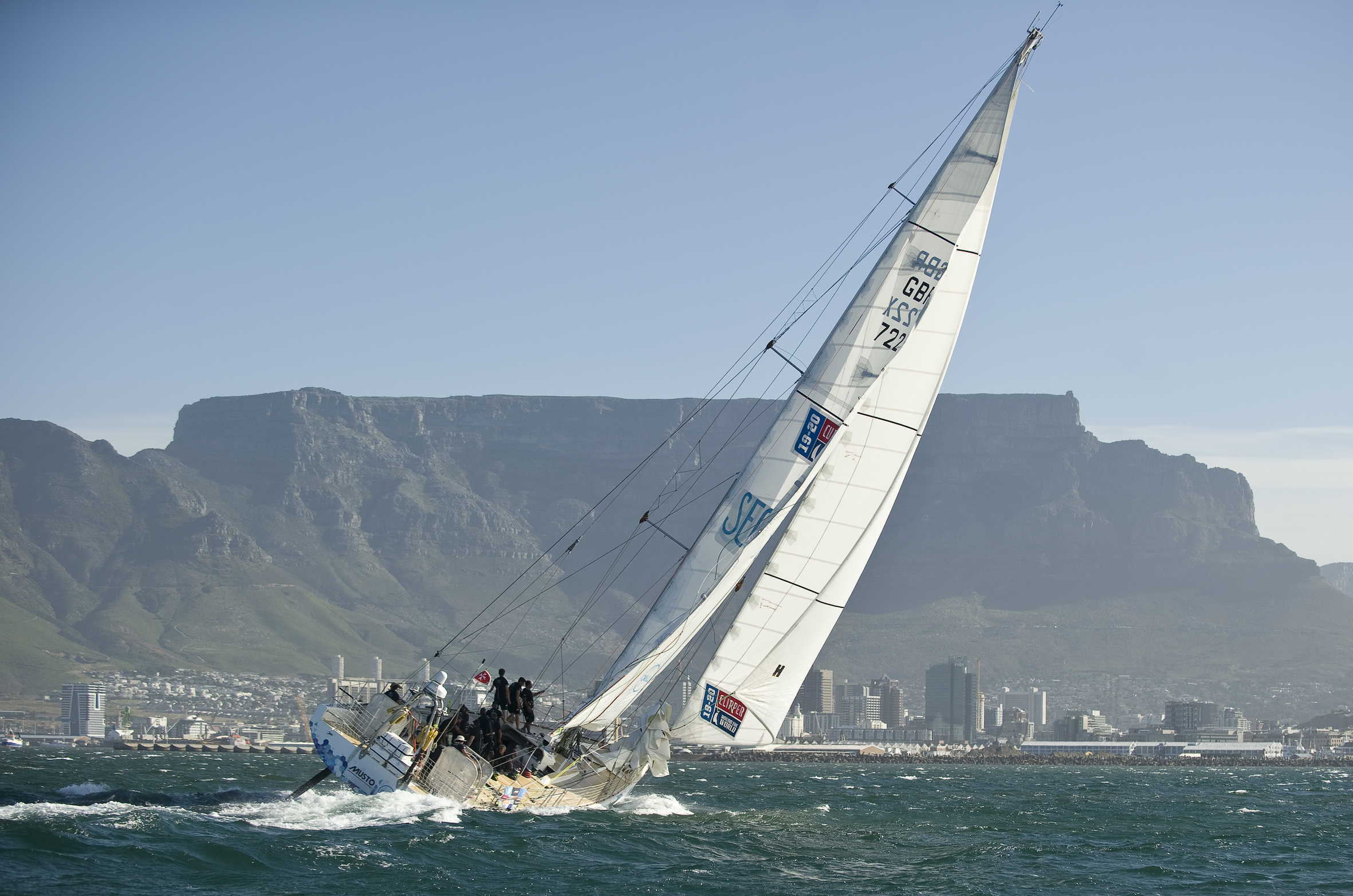