One of the biggest and most highly anticipated events in the Clipper Race calendar is Crew Allocation; a major gathering welcoming all Race Crew during the pre-race build-up. The event sees the hundreds of individual crew members allocated into their teams, meet their Skippers and launch their race campaigns.

Sir Robin Knox-Johnston, Clipper Race Chairman and Founder says: “Crew Allocation is the real beginning of the adventure, when crew learn who will be their Skipper and fellow crew. At this point, the crew are still training. A year later they will have become experienced ocean racers. One of the most satisfying parts of the whole race for me is observing the confidence they show with their new skills.”

Held in Portsmouth, around four months ahead of each Race Start, Crew Allocation sees the tension build as crew come from all over the world to find out which team they will be part of. The day also sees crew receive their first kit from Musto, have official headshots taken and the opportunity to meet many of the Clipper Race Partners. 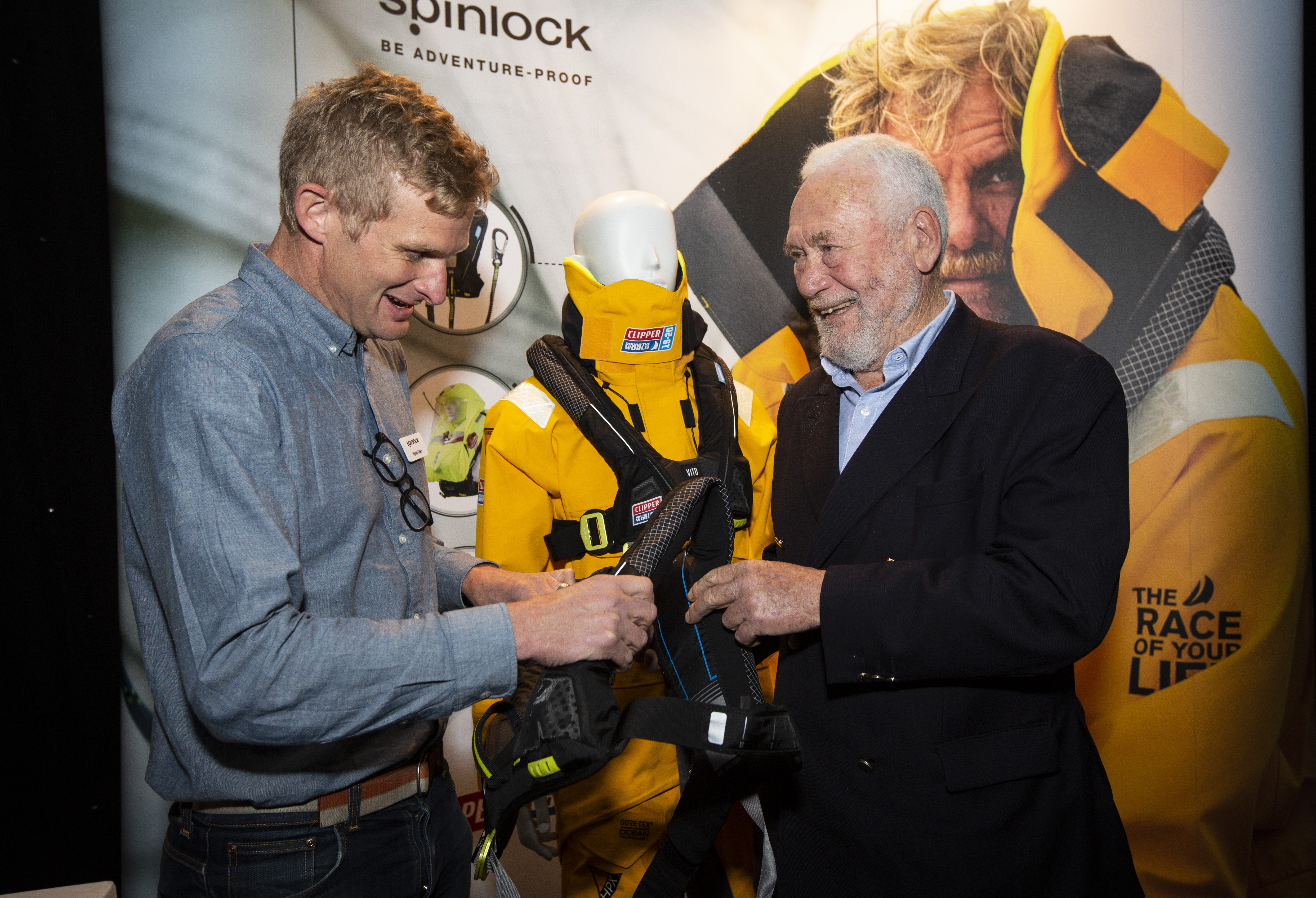 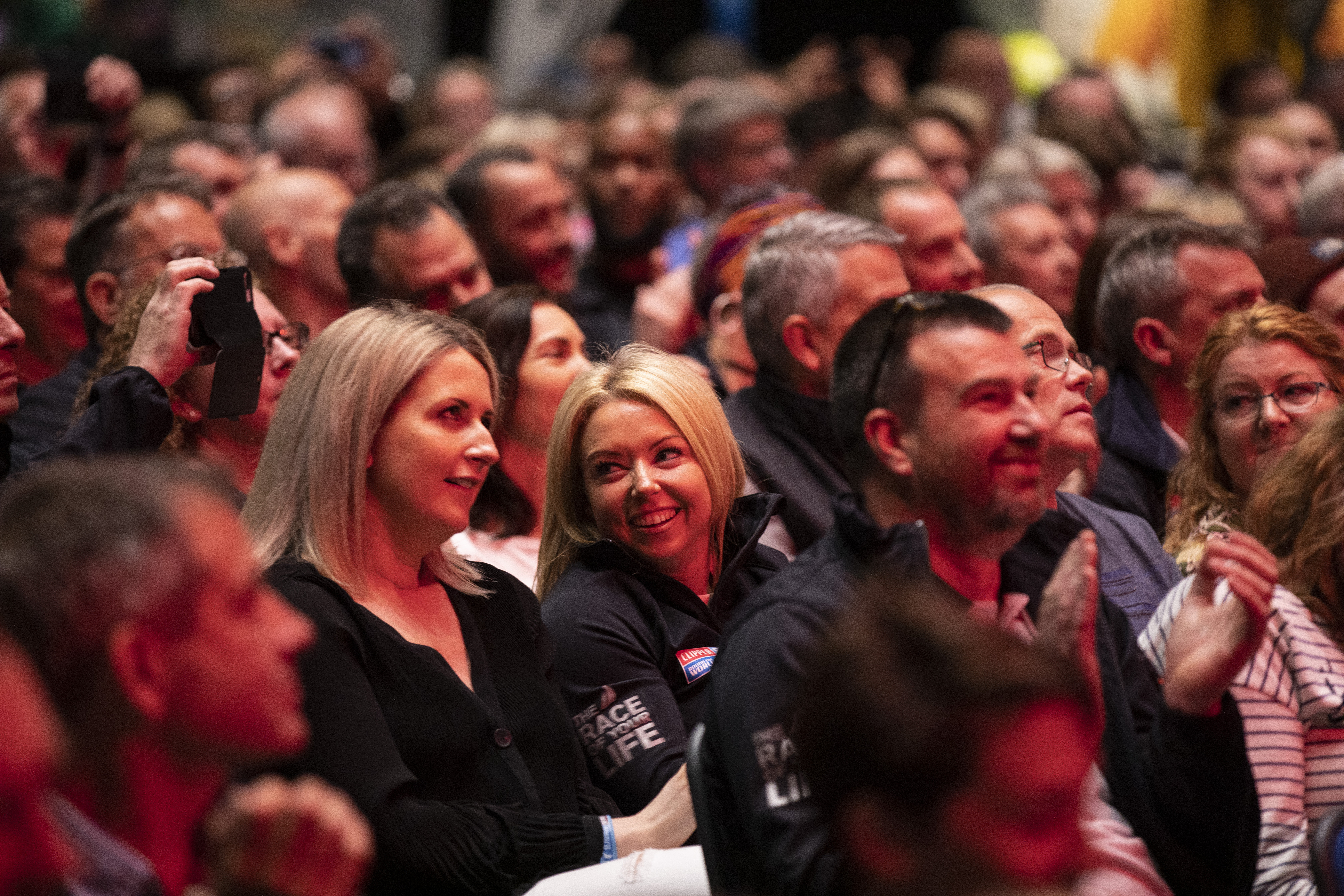 The event kicks off with an all crew briefing from key members of the Clipper Race team which includes safety briefings, much anticipated Host Port reveals and information about training. However, everything is building to the moment that the Race Skippers are introduced to the stage and announce their team line up.

Jackie Patton, who completed Legs 7 and 8 in the Clipper 2015-16 Race with the GREAT Britain team and later returned for Leg 4 in the 2017-18 edition on board Nasdaq, reflected back on her experience of her first Crew Allocation in May 2015.

“Anticipation, excitement, the realisation that my ambition was becoming real. Pride at knowing I was on GREAT Britain with an amazing Skipper, Peter Thornton. Huge surprise when I saw my name come up on the screen. Pride in wearing my crew jacket. The atmosphere in the Guildhall is electric. Seeing all the Skippers in a row, knowing what they went through to get to this point was staggering. It's a day I won't forget in a hurry.” 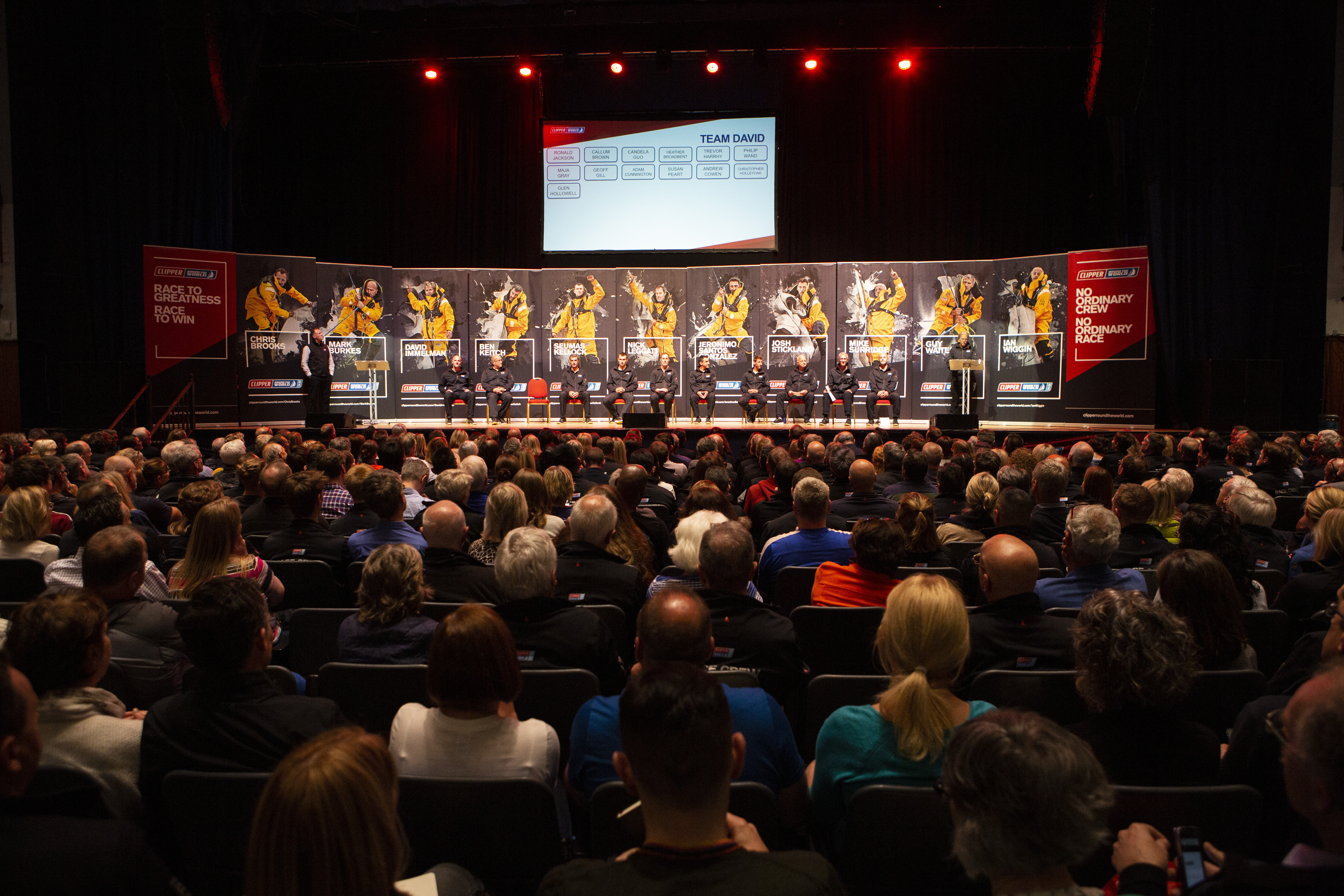 One thing that does not change edition on edition is the level of anticipation in the room which is always palpable. Hundreds of crew, either present or following via live broadcast from home, hold their breath as one by one each of the Skippers steps up and reads out their crew lists. These names soon become teammates and lifelong friends.

“It seems like a lifetime ago. A day of anticipation, anxiety, emotion and ultimately the formation of a team bond that I’ll never forget. I’m still great friends with some of the crew and those in other teams that I met that day.” Said Wend Faily, circumnavigator with the Welcome to Yorkshire team in the Clipper 2011-12 Race.

The rest of the day is spent in team briefings where each Skipper discusses strategy and goals and together the teams start planning how to get the best from their race. Crew can also learn more about the additional roles required on board and can put forward nominations in order to build the foundations of a skilled and organised racing team. 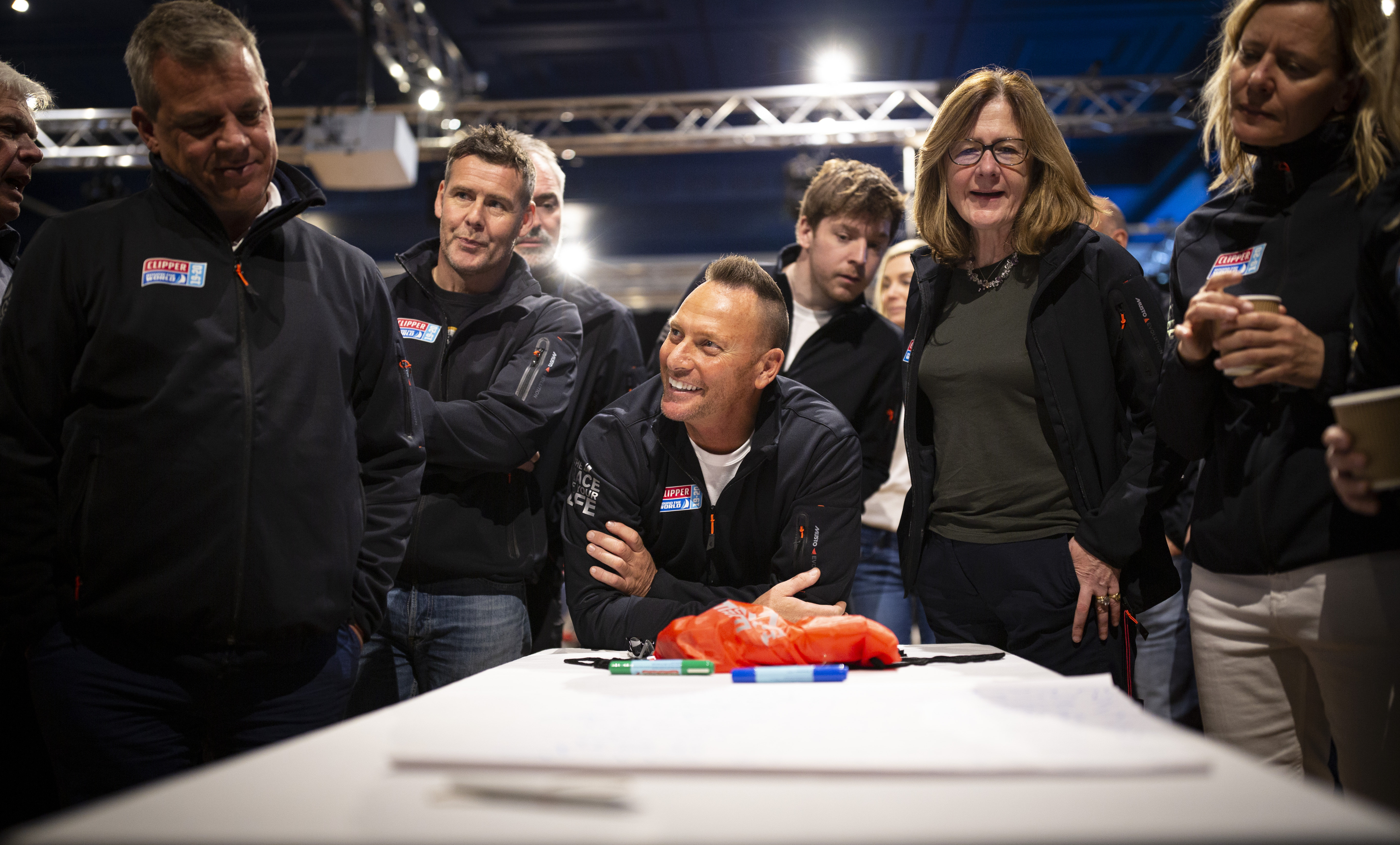 The Ha Long Bay, Viet Nam team get together for the first time

The Clipper Race has a strange way of bringing people back together, as Marie O'Riley, crew member on the Dare To Lead team in the current edition, found out. “My memories of Crew Allocation are being thrilled to find out Guy Waites was my Skipper (I followed Julie, his wife in the last race), then discovering my old friend Stuart Mace, who I’d lost touch with, was also in the team.”

Integral to each crew member's experience are those who are supporting them on their journey. Crew Allocation is also a great event for Race Crew Supporters to find out more about the race, meet fellow supporters and to tour the yachts on which their loved ones will be spending up to 11 months.

For Sian Mayo, supporting her husband Ed, a member of the 2019-20 Qingdao team, the day was one not to forget, she said: “The atmosphere in the hall was electric. Ed wanted to be on Qingdao, and he got it, but he had to wait until the second lot of allocations. He was over the moon, but as he is on the last leg, he now has to wait until next June.

“We did and have met some amazing and lovely people and are still in touch with them. Hopefully when lockdown is fully lifted, we can have a proper get together.” 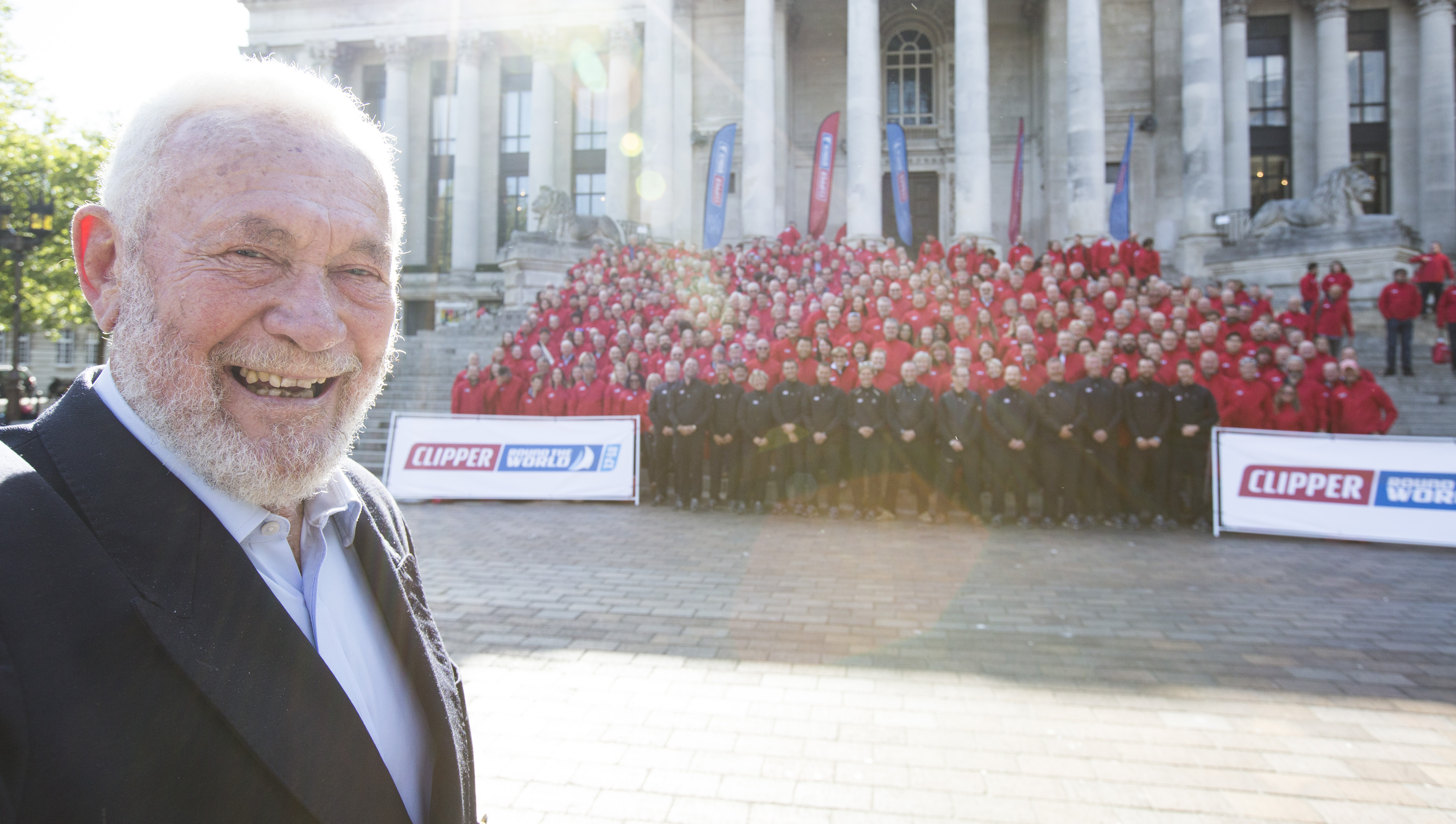 A selfie with Sir Robin, for 2017-18 Race Crew standing on steps of Portsmouth's Guildhall

Lizzy Grim, who is also earnestly looking forward to participating in Leg 7 on board Seattle when the 2019-20 edition resumes next year said: “I will never forget the excitement of that day. From getting my crew jacket and having my photo taken, to the electricity in the room as we waited for the presentation, to losing my mind finding out that my home port of Seattle would be a stopover and then hearing my Skipper read out my name was all a dream come true.

“Sir Robin’s words to paint the world in bright colours have stayed with me since that day. This Clipper Race dream has been an incredible ride for myself, and so many others.”

Life looking after the fleet in The Philippines

During this time of isolation, many alumni Race Crew have been reflecting back on their incredible experiences of their month…