This morning, the eleven-strong fleet of Clipper 70s slipped lines from Liberty Landing Marina bound for Derry~Londonderry. The yachts motored past the iconic skyline of downtown Manhattan and then filed past the Statue of Liberty. The teams will now make their way to the start line in the North Atlantic. As the final ocean crossing of the circumnavigation, we caught up with the Clipper Race Skippers and First Mates to talk about the New York stopover and race ahead:

“James [AQP] was Skipper on the last race - I was still the Admiral - but it was to give him the development opportunity.

“We had a great race from Bermuda to New York. It was very interesting and exciting to come so close to a podium position. We’re definitely going to work hard to see if we can go one step further this time.

“I think I’ve crossed the Atlantic twelve times before. The Atlantic can be all kinds of things - there is a big high and if you’re close to that it’s always nice but you also have the low pressure areas which develop and they bring the big waves and the big storms. They usually pass quickly so there's very different weather in a very short period of time.

“We will be looking to keep the momentum going, and I will help the crew to hopefully give them everything they want out of this race.” “I’ve been around the city and I’ve been to Ground Zero which is really impressive but it took a couple of hours to reflect on it.

“The team is really looking forward to the final ocean crossing of the circumnavigation - a few crew have it on their bucket lists so they are very excited and ready to go.

“The team is ready to race - they want to be on the podium which is very exciting and I think they are ready to work really hard in this race.” Image: Dare to Lead sailing past the Statue of Liberty

Chris - “I can’t believe this is the final ocean crossing - we’re going to cross the same lines that we started so by the end of the race it’ll technically have been a complete circumnavigation. Quite amazing really.”

Al Jay - “The team is so excited and engaged. We are looking to have fun in this race, we are really into it and really looking forward to it.”

Chris [On potentially clinching the overall win at the end of this race] “We’ve just got to treat it like any other race and do as best we can. We’ve not really discussed it amongst the crew so we don’t cause unnecessary distraction or put too much pressure on this one race.” 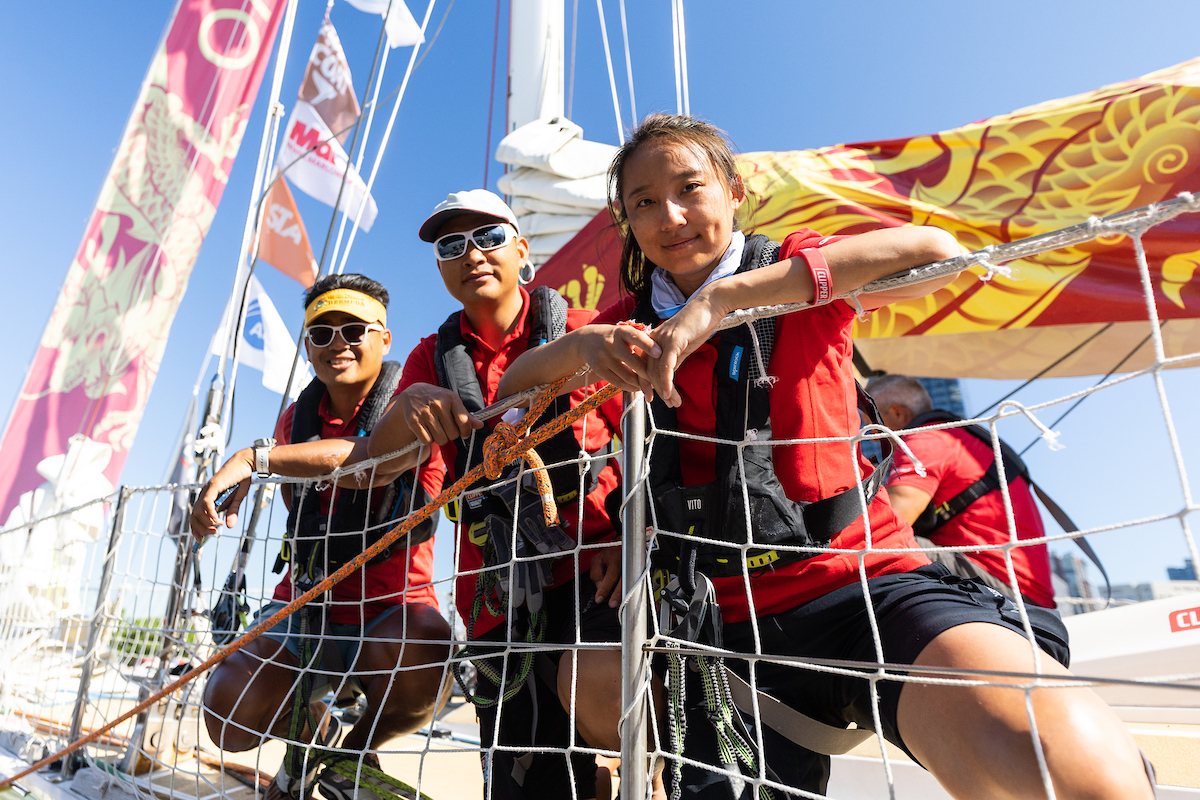 Ian - “I’ve enjoyed New York a huge amount. It was great to get out and explore the city, see the sights, and experience the culture too.”

“I am excited for the final ocean crossing but also sad that we are reaching the end of our journey that started so long ago.”

Dan - “For this race, the crew is in a really good place, the boat has looked after us so there’s no reason for that to change and we’re just going to have a good time doing it.” Rob - “I went for a little break outside of the city, hiking up in the hills next to the Hudson.”

John - “The helicopter trip was the highlight! Awesome views of the city. I’m really excited for this race - the North Atlantic is a bit unpredictable in terms of weather so we will see what we get.”

Maisie - “I’m looking forward to sailing with a new crew and Skipper.” Mike “We’ve played the Joker Card for this race and it feels terrifying!”

Mary: “Yeah, it is a little bit scary but we know we can do it!”

Mike [on the final ocean crossing]: “It’s a bit bittersweet. I think we’ve built a great team - the two of us work together really well and it’s exciting to get this done but sad that it’s finishing.

Mary: “It’s been a long time coming, this race now, and a lot of our guys have been on for several legs now so they are very excited but I think with home in sight it’s bittersweet for sure.” Wavy: “I’m really looking forward to this - the final ocean crossing. In fact I think I’m looking forward to it more than the last one which was a bit disappointing for us as we ran out of race track - we were 85 miles behind but by the time we got to New York we were only 14 miles behind so that bodes well for a nice long race for us.”

Max: “The crew is feeling energetic - they had a great time in Bermuda and again with some time off in New York so they seem like they have full energy and are ready to go.”

Wavy: “At the moment, the conditions are looking favourable with a downwind start. But the North Atlantic being the North Atlantic, when the weather comes through it becomes very nasty and bumpy. And then, after the pressure system goes through, you often have very light air but big messy seas which can be annoying to sailing. It’s one of those oceans that you take what’s given. The North Atlantic high pressure will bring in what it brings in and we will just deal with it." 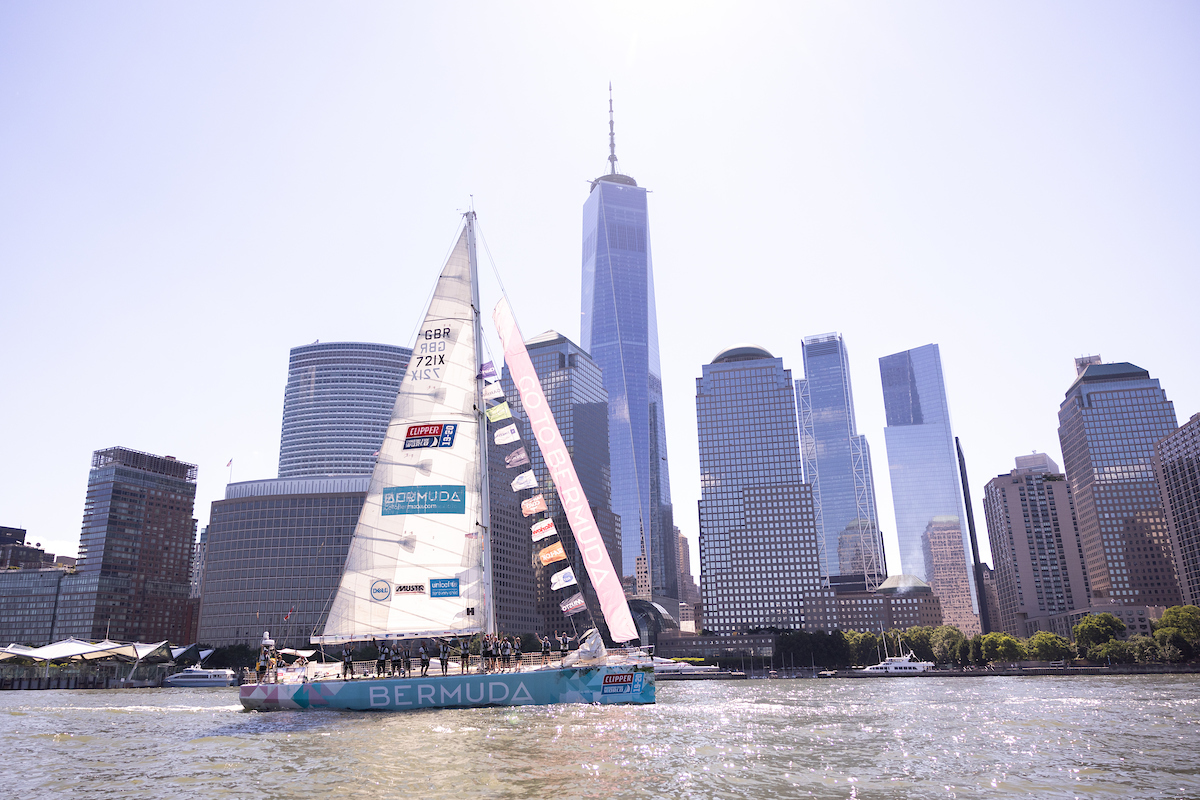 Dave “The team is really up for this race, it’s definitely the right time to play our Joker card. It’s a good atmosphere on the boat at the moment. They’re very focused. We learnt a lot coming up from Bermuda.”

Hannah “It’s very exciting to be completing the last ocean crossing. The North Pacific was my first ocean so it’s good to do my second one. I feel like more of an old hand! It’s really exciting and I can't wait to head back to the UK.”

Dave: “The weather is looking good - we seem to have a bit of a conveyor belt of South Westerlies which could make for a fast race. I think it’ll be a fast one once the wind does kick in.

“I can’t wait to get to Derry~Londonderry. It’s probably the buzziest of the stopovers. It’s a bit of a pilgrimage for ex-Clipper Race Crew as well so I’m looking forward to getting in and catching up with people from the previous race. We also have some Seattle crew coming who we might not have seen since Leg 2 so it’s going to be good.” Dan: “There is going to be interesting downwind conditions to start under kite. It looks like there will then be some pressure systems to speed us over to Derry~Londonderry.”

Ineke “It’s going to be our last big ocean race so it’ll be fun - and fast. Well, hopefully it will be fast!” Jeronimo: “New York has been a good stopover and now it's coming down to the final big race which is great.”

Nano “We are very motivated and we will keep pushing to achieve our goals. We are in a fighting position with Ha Long Bay, Viet Nam, and we are going to pursue and race very hard. The team is very hardworking and motivated.”

Jeronimo: “We definitely feel like we have a chance to impact the overall leaderboard.”