There is now just one month to go until the Clipper 2017-18 Race sets off from the Albert Dock in Liverpool.

We caught up with some of the 111 Clipper Race crew who have signed up to complete a full circumnavigation to find out how they are feeling ahead of their eleven-month epic adventure, which will see them sail 40,000 nautical miles around the world.

More people have climbed to the summit of Mount Everest than have circumnavigated the globe by sail, even fewer have raced around the globe as part of the world’s longest ocean race. Understandably, for some of the crew, this has been a campaign that has been planned years in advance.

Tony Whittemore is a Doctor from Texas and will be circumnavigating the globe on board Visit Seattle. He will be turning 70 during the Clipper Race and says: “The last few years I’ve been planning this and planning my retirement. It all made sense and it was something I wanted to do and it was good timing with things and everything going on with my family, but it was still pretty abstract. But now it’s here. It’s very real. And yeah I’m a little nervous but very excited!”

Jess Barton, 29, is a Legger from a previous Clipper Race edition. She previously taught Music and English as a Foreign Language in Shanghai, China, and decided to sign up to do the full circumnavigation after crossing the Mighty Pacific in the Clipper 2013-14 Race.

Jess will be on board Qingdao for this edition of the Clipper Race and says: “I can't believe what I am about to do! The countdown once I signed the dotted line back in 2014 was so slow but, since I departed China and returned home to the UK, time is flying and I can't wait to get on board and get this campaign underway! Bring It On!”

Another returning Legger is Rose Todd, 60, who has signed up to become a Circumnavigator, also on Qingdao, and has taken on the role of victualler. She says: “It is a role that I have accepted with trepidation since being the victualler is right at the top of the list of jobs you cannot get wrong and I although I have several skills, I didn’t get my Brownie badge for ‘expedition catering’!

She has just returned from her final week of training and added: “I tried out my victualling talents for the first time. I came away buzzing from our time at sea – we sailed well and (slightly to my amazement) we came out of the week not too badly fed!” 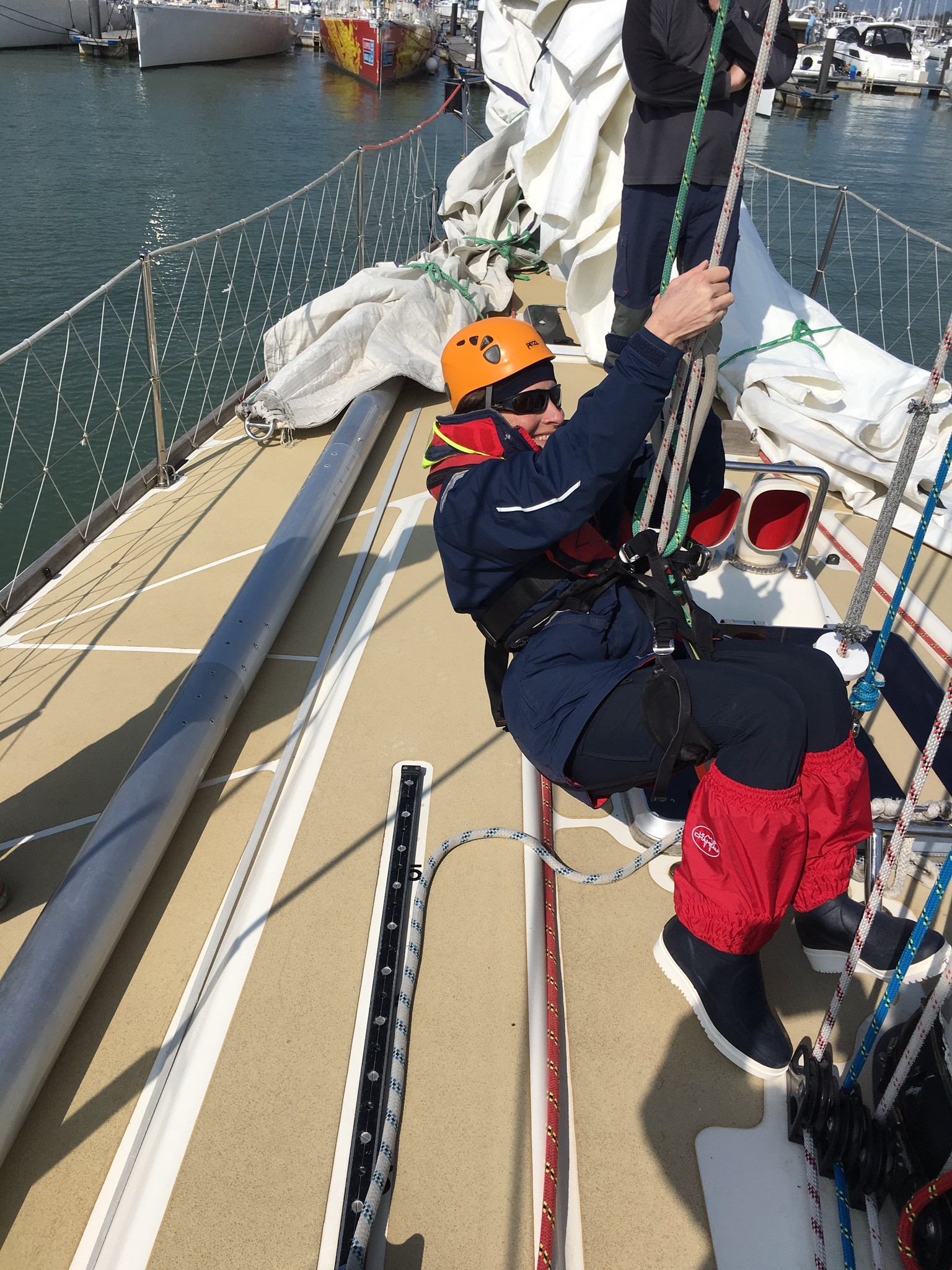 Some of the Clipper Race crew circumnavigators have no prior sailing experience, including Tessa Hicks, 59, who is circumnavigating with Team Andy. She says: “With just one month to go I am a medley of emotions! How will I cope, will it change me or my attitude and values once I return? Most of all I feel privileged for having the opportunity to take part in the Clipper Race and intend to make the most of everything over the eleven months it will take to sail around the world!”

One feeling that seems to be shared by all circumnavigators is that they are ready to take on the challenge. Mick Pattni, 35, an investor who is sailing with Team Gaëtan, says: “Oh wow... I'm swinging between total excitement and stomach churning nervousness multiple times a day. I really cannot wait to just get this race started now!”

Justin Heiner, from Texas, will be turning 38 during The Atlantic Trade Winds Leg 1 and is facing up to the reality of putting his shore-based life on hold while he spends eleven months taking on the Clipper Race with Team Dale. He says: “It’s definitely getting a bit surreal. I’m going to be at Prep Week and will help to deliver the boats from Gosport to Liverpool so basically I’m leaving tomorrow and going to spend a week packing up my house and everything else.”

The final countdown has truly now begun and we will continue to mark key milestones in lead up to Race Start in Liverpool on 20 August 2017. Over the next few days, look out for final details of the Clipper Race Schedule as well as announcements of the Team Partners that will be making up the rest of the Clipper Race fleet.