Race 9: The WTC Logistics Tri-Race marked the start of Leg 6 in the Clipper 2019-20 Race. With many new faces joining the eleven race teams, the 750nm triangular sprint course, within the South China Sea, may have been short in comparison to other stages but was full of strategy and excitement; a great introduction to offshore racing.

The race was unique as it was made up of three individual Dell Latitude Rugged Ocean Sprint sections between virtual gates. Each team could opt to take part in two out of the three sprints and Skippers had to declare their intentions within six hours of Race Start. Due to the intense nature of this race, there were no Scoring Gates and Stealth Mode wasn’t permitted. For the top three fastest teams in each sprint bonus points were awarded - which could make all the difference in both this races’ results, as well as the overall leaderboard. 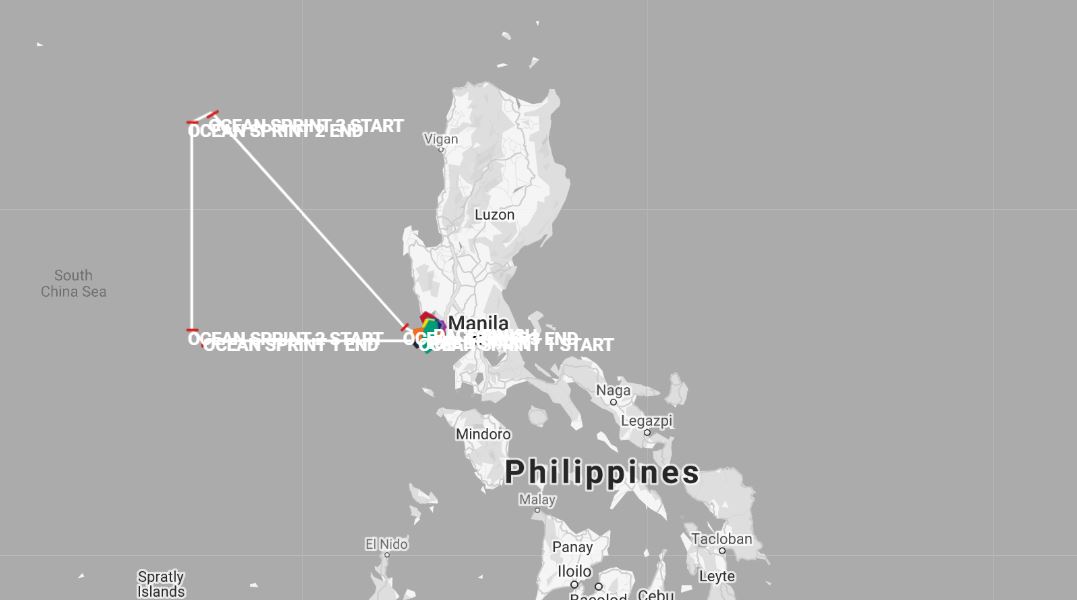 Declarations for the Dell Latitude Rugged Ocean Sprints were:

Up to this point, the Clipper Race fleet had raced over 22,000nm since the first race from London in September 2019, with stopovers in Portimao, Portugal; Punta del Este Uruguay; Cape Town, South Africa; Fremantla and the Whitsundays, Australia; to the Philippines. The routes of Legs 5 and 6 of the 2019-20 edition had to be amended due to the outbreak of COVID-19, resulting in the planned stopovers in Sanya, Zhuhai and Qingdao, China being cancelled. 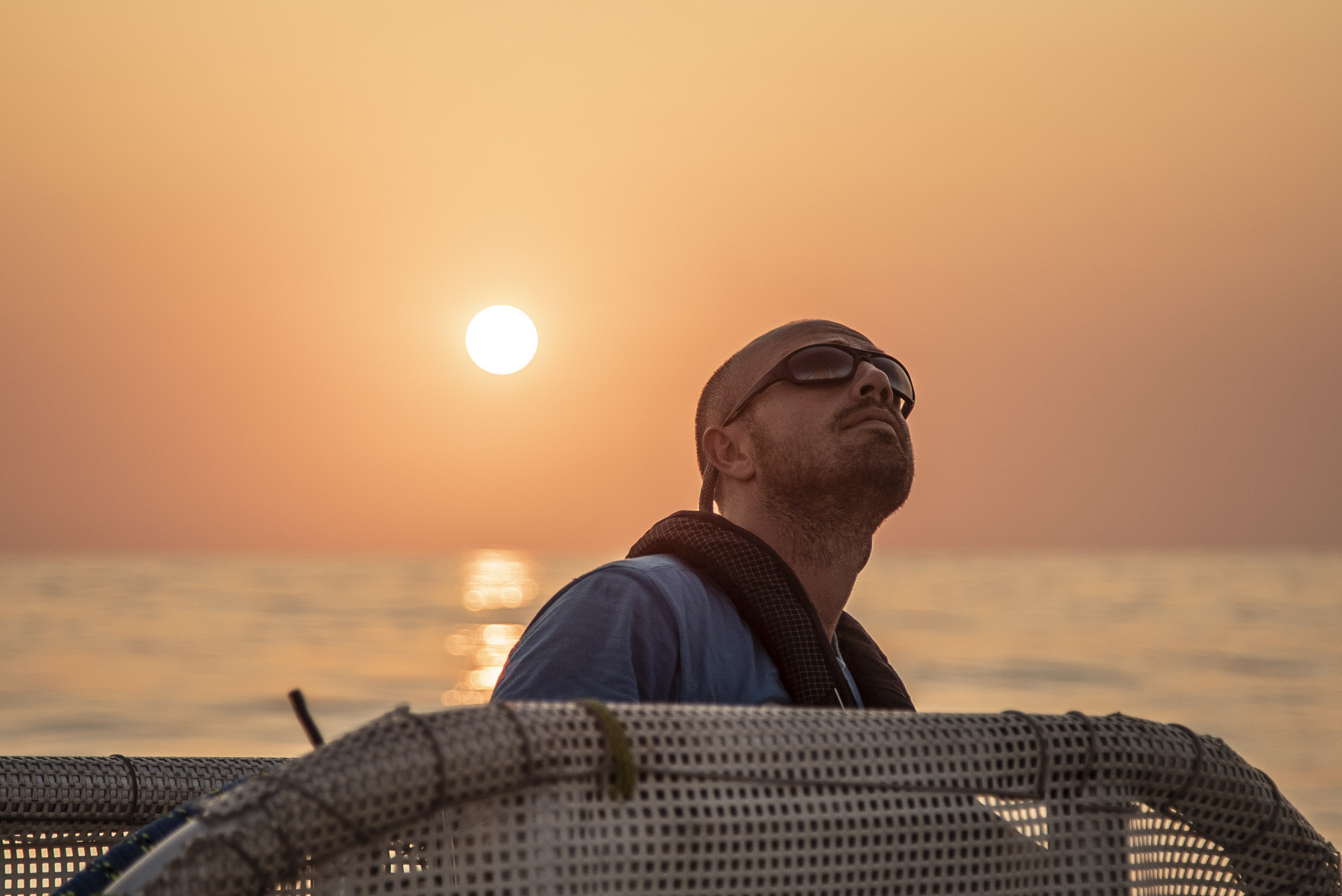 The fleet slipped lines from Subic Bay Yacht Club on 10 March 2020 and following a day of refresher training drills, Race 9 got underway at dusk with a Le Mans Start.

The first Ocean Sprint section was approximately 200nm due west, stretching out into the South China Sea. The conditions were favourable with constant northeasterly winds of around 20 knots meaning the teams were making great speeds under spinnaker. Punta del Este took the early lead with Skipper Jeronimo Santos Gonzalez reporting at the time: “Full sails and spinnakers up, the whole fleet is charging fast to the end of the first ocean sprint. In this short race there is no time to be complacent or to make mistakes, the Clipper Race fleet sails really close to each other and we can be overtaken in a matter of minutes.” 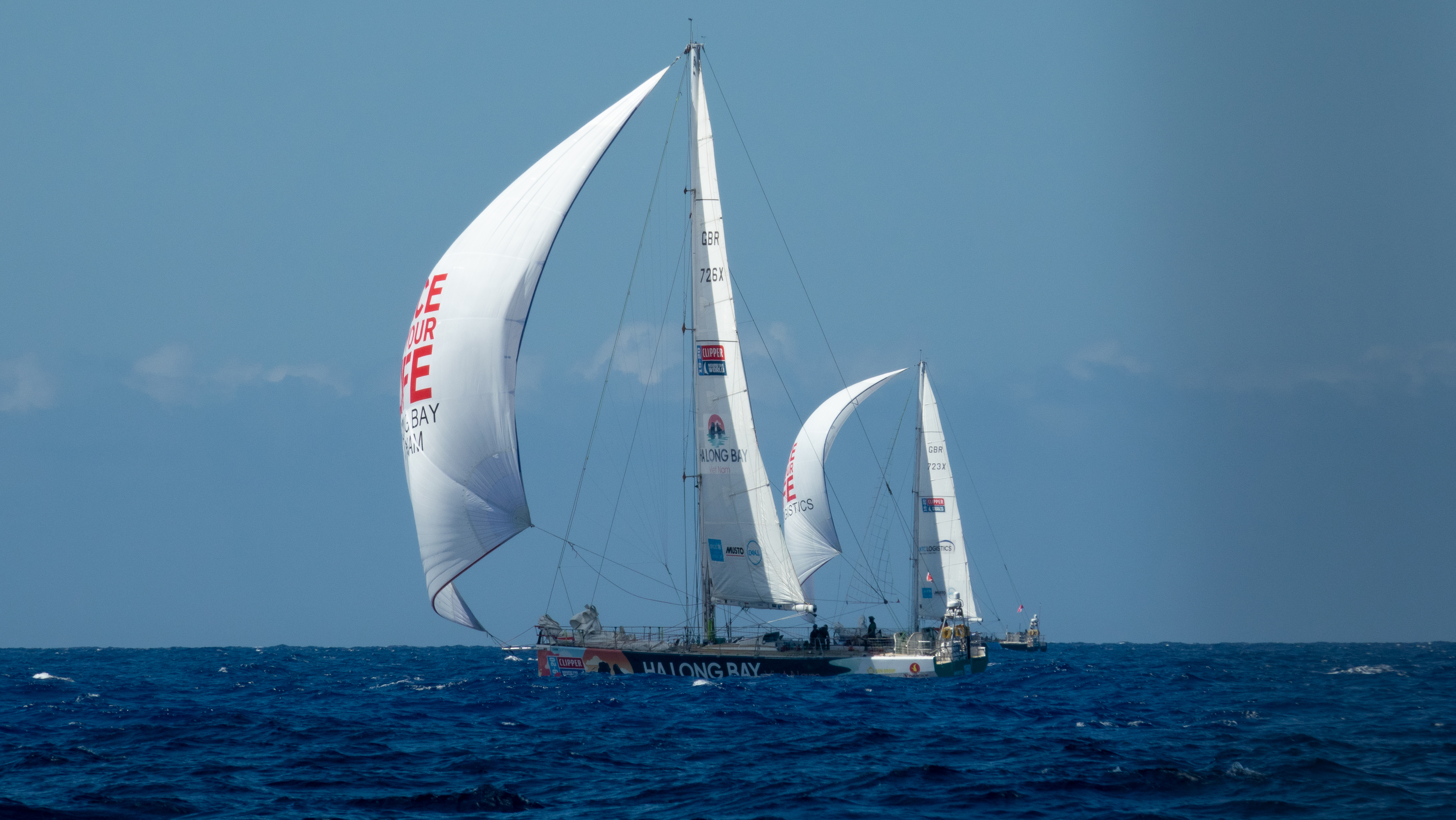 The second sprint section saw the fleet swap spinnakers for white sails as the fleet headed north, and upwind. This stage asked some difficult questions as light winds plagued the north of the course.

At this point, Visit Sanya, China, Ha Long Bay, Viet Nam and Qingdao were leading, however in such a short race every move matters. Unfortunately for Qingdao, this was the case as after rounding a Virtual Race Mark incorrectly and having to correct its mistake, this proved costly, and the team slipped down the leaderboard and was unable to regain its position.

By the third day of racing, and nearing the third section, the forecasted light winds saw the fleet compress once again with leaderboard positions changing hourly. Dan Jones, First Mate on WTC Logistics explained: “In light winds, good helming is key. The smallest of turns here and there can either gain you 200m on your closest rival or collapse your wind seeker and lose you 200m”. 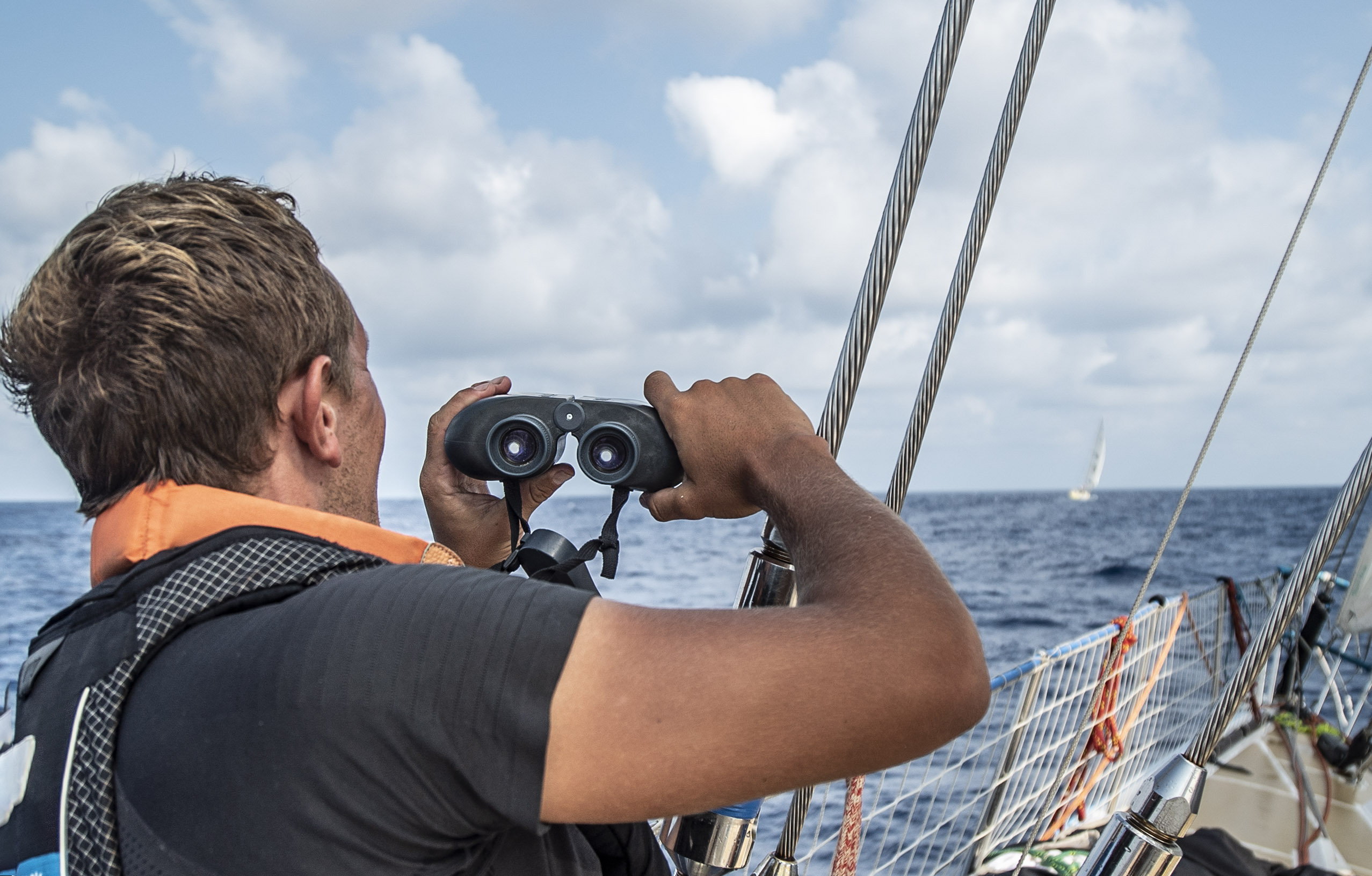 Closing off the triangle and heading back home, the third and final stage was the longest individual Ocean Sprint section, approximately 270nm. The weather conditions were far more favourable for the teams as they approached Subic Bay. WTC Logistics Skipper, Rich Gould, reported: “We and the whole fleet, currently find ourselves, in a very unusual situation. We are West of Luzon island and have wind, plenty of it too. This is different sailing from the previous passages in the South China Sea, but I'm pretty sure it won't last all the way in, sadly. As we close in on the coastline, I think the breeze will soften, and with the fleet still pretty tightly packed, there could be a big reshuffle just before the race track is all used up.”

Rich Gould was right and as a result of forecasted light wind in Subic Bay, the Race Office amended the Race 9 Course Instructions to include a Mandatory Finish Gate, shortening the course slightly and using this new gate as the official Finish Line for Race 9. 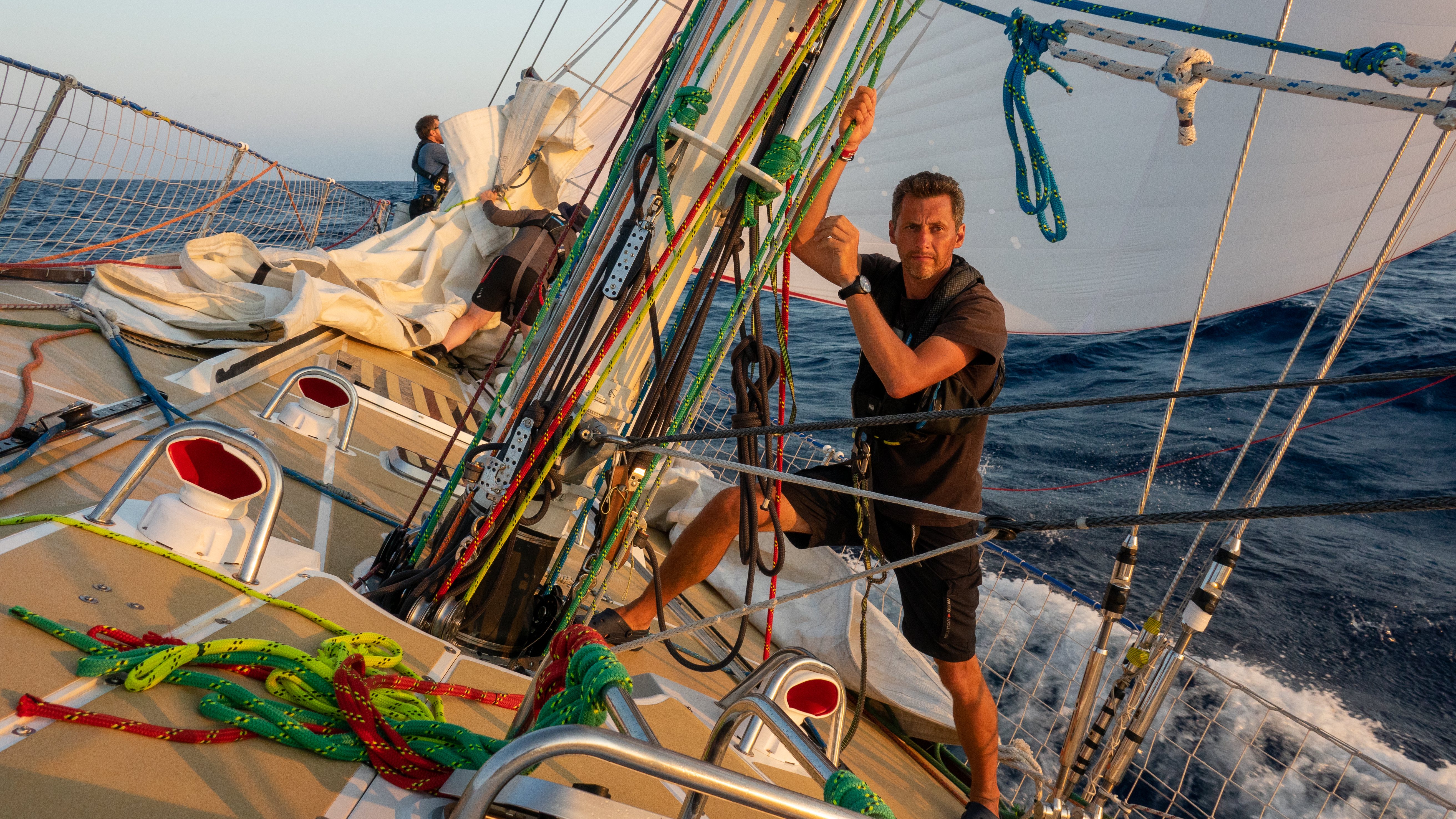 Despite the amendment, Race 9 still had a gripping finale, which saw Ha Long Bay, Viet Nam top the podium for the second time in the 2019-20 edition. Punta del Este secured second place, with just 18 minutes separating it from third-placed Visit Sanya, China.

With so many points at stake from the three Dell Rugged Oceans Sprints, the results were highly anticipated. 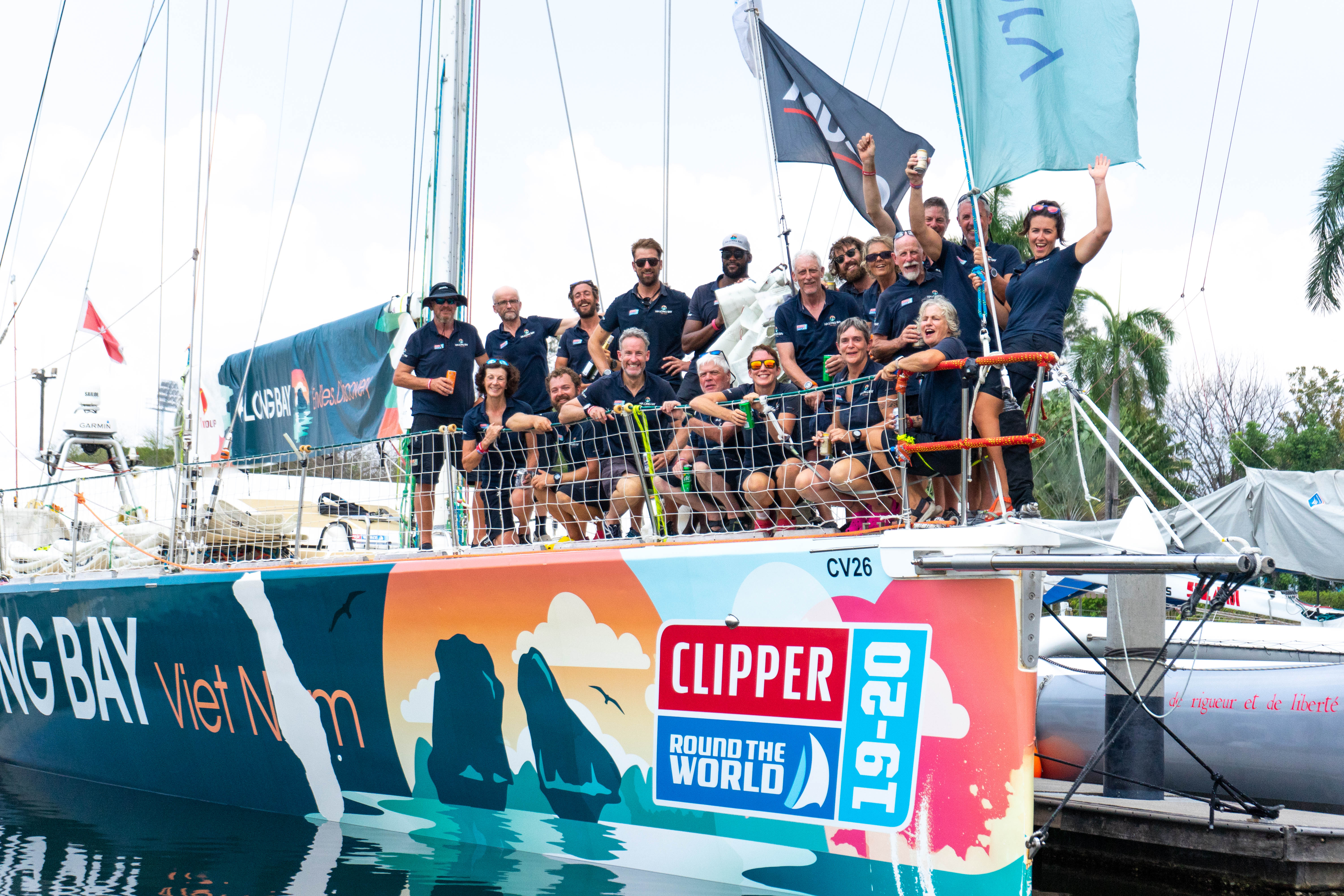 Completing Ocean Sprint 1, 13 minutes and 36 seconds minutes faster than its closest rival, and adding three bonus points to its overall tally, was Punta del Este. Second fastest was Dare To Lead, which was awarded two bonus points, and third was Qingdao adding one bonus point to its tally for Race 9.

Ocean Sprint 2 was completed fastest by Ha Long Bay, Viet Nam, in a time of 38:46:06 which saw the team add three points to its 11 from its win. The team was followed by GoToBermuda, collecting two points and adding one bonus point was Seattle.

And finally, Ocean Sprint 3 was opted for by seven teams. Taking three bonus points was Imagine your Korea, a very close second place for Qingdao, just six minutes slower and then just one minute behind, taking one bonus point, was Punta del Este.

Disappointing news followed the conclusion of Race 9. Due to the outbreak of Covid-19 escalating rapidly around the world and the enormous impact it was creating for world travel, the difficult decision was made to postpone the remaining legs of the Clipper 2019-20 Race. Clipper Race Crew and Staff had to return home, their ocean racing adventure put on hold.

The final three stages of the circumnavigation are set to recommence in August 2021.