Qingdao guaranteed itself the first points of the Clipper 2017-18 Race after being the first team to cross the Scoring Gate this morning. GREAT Britain and Sanya Serenity Coast are expected to be the second and third teams to cross the gate.

The official positions and points will be confirmed after all teams have crossed, or bypassed, the Scoring Gate in order to take Greenings’ redress in to consideration. Chris Kobusch, Skipper of Qingdao, remains focused on the next challenge after getting the first points on the board: “With the Doldrums Corridor, the Ocean Sprint and approximately 4000nm to go, it is still a long race ahead, with plenty of tactics involved and a lot of things can happen and positions might change again.”

It has been a challenging 24 hours for GREAT Britain in second place with Skipper, Andy Burns, saying: “I thought we were in for a less relentless day. How wrong I was! Just after lunch we had two kites down below and the sewing machine out again. The team just smile and get on with it knowing it’s no one’s fault and the only way through it is to unite and carry on.”

Sanya Serenity Coast Skipper, Wendy Tuck, has had a beautiful night of Trade Wind sailing but knows it will change soon, saying: “It is going to be a tough job to get down to the Doldrums Corridor - each day is like Christmas waiting for the weather to arrive and hoping that Santa has been kind and brought what you hoped for.” 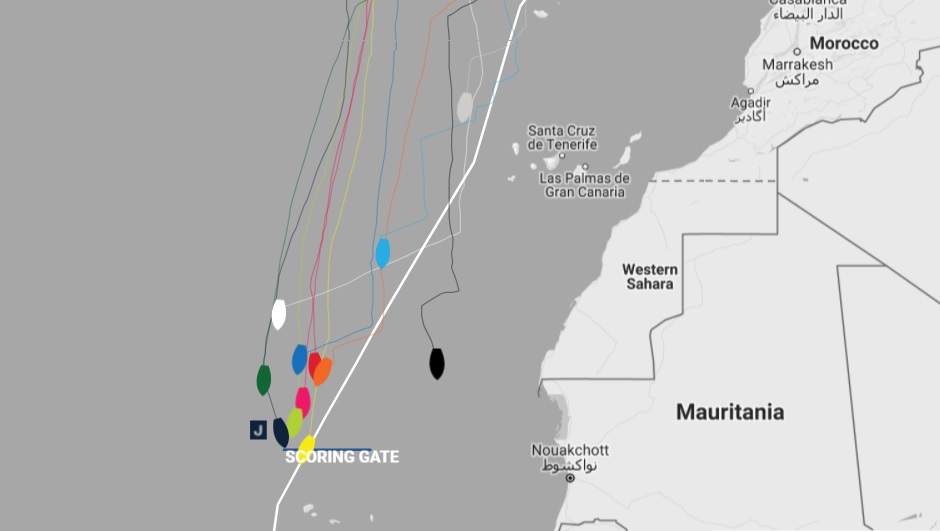 Liverpool 2018 has crept up in to fourth position over the past 24 hours while Visit Seattle, HotelPlanner.com, PSP Logistics and Unicef currently lie in fifth, sixth, seventh and eighth position respectively after jostling for position in the middle of the fleet.

Dale Smyth, Skipper of ninth-placed Dare To Lead reflected: “I have made some poor routing choices over the last 48 hrs but am using this to learn from.”

Garmin, in tenth place, has been making better progress and Skipper, Gaëtan Thomas, said: “Day-night-day-night, and what a 24 hours! Leaving our wind hole was good to see and to hear the water flowing under the hull at a decent speed on a better course.”

Nasdaq remains in eleventh position with Greenings clawing back some nautical miles from twelfth place despite some challenging conditions. Interim Skipper, Dan Smith, said: “We carried on into a dark night where helming was difficult for a tired crew staring into blackness with no moon or stars. The whole team did an amazing job of their positions hanging on and keeping the boat safe and fast.” 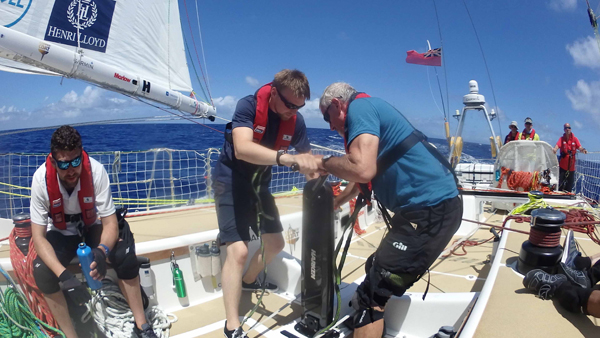 IMAGE: Teams have been busy with sail trim using the coffee grinder.

A nascent tropical depression is moving west in front of the fleet and is not expected to affect them directly but it will make the tactical decisions for moving in to the Doldrums Corridor very interesting.