With three days and hundreds of nautical miles already under their belts in Race 12: The LegenDerry Race, conditions out on the North Atlantic have picked up, bringing the gentle introduction to Leg 8 to an end as teams begin to reap the rewards of ducking south to pick up the Gulf Stream.

One team that decided to take advantage of the Gulf Stream, adding on extra miles to its course as it headed south, was Nasdaq. Skipper Rob Graham reports: “Our speed jumped up around 3 knots this afternoon when we found the favourable current we had been staying south for - thank you Gulf Stream!”

The Visit Seattle team is also in high spirits after reaching the Gulf Stream, with Skipper Nikki Henderson saying: “It was awesome this morning to watch the sea temperature rise from 19 degrees to 28 in an hour, and our speed over the ground go from 9 to 15. Yeeha! It was awesome!

“I was breathing big sighs of relief that this famous 4 knots of current actually existed and our dive south was justified. Now let’s hope it was enough to give us the push in front that we were looking for.”

However, the teams have been made to work to gain the benefit of the current and it is still uncertain as to whether it will provide long-term gains as Qingdao Skipper Chris Kobusch confirms: “After a long day of sail changes, reefing and beating into apparent winds of 40 knots, we finally found the Gulf Stream and with it, the desired 2 knots of favourable current. But we are not quite sure yet if staying south and sailing the extra miles to get it will pay off or not. Time will tell.”

The most southerly team in the pack is PSP Logistics, which has earnt a reputation for making bold tactical moves early on in races. But the Race 12 gamble is yet to play off, as Skipper Matt Mitchell explains: “We've found the Gulf Stream and progress has been ok, although more or less as soon as we got into it, the wind shifted on the nose which is a bit annoying as we aren't going as fast as we should be.

“Looking at some of the position reports some of the boats have been making great speed. Lesson learned from this edition of the round the world race - look at the forecast. The area that looks like will do you the least good you should probably aim for because invariably you'll end up doing better than the more favourable areas!”

Although there has been some change on the leaderboard again over the last 24 hours, the proximity of the racing remains close and with the teams still very much lined up, positions are likely to change frequently in the next few days. 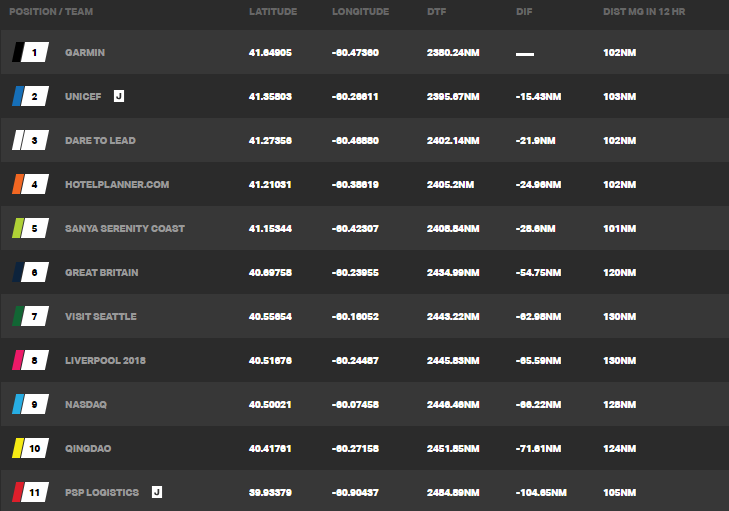 The northerly teams remain compact and competitive, with Dale Smyth, Skipper of Dare To Lead, reporting: “We are still making good progress east and still close reaching. The competition is fairly tight between us, Unicef, Hotelplanner.com, and Sanya Serenity Coast at the moment and we had a nice chat on the radio this afternoon together speaking our usual nonsense.

“We seem to be struggling to match their boat speed at the moment which is a touch frustrating and Bob (Skipper of Unicef) seems to have a bone in his teeth no doubt because he has played his Joker.”

But whether north or south, all of the teams have experienced a quick change to heavy weather conditions over the last 24 hours. Nasdaq Skipper Rob Graham says: “The gentle introduction to Leg 8 is definitely over now and whilst today's weather was still at the lower end of what is possible, it is a reminder that there can be no complacency when crossing oceans under sail.” 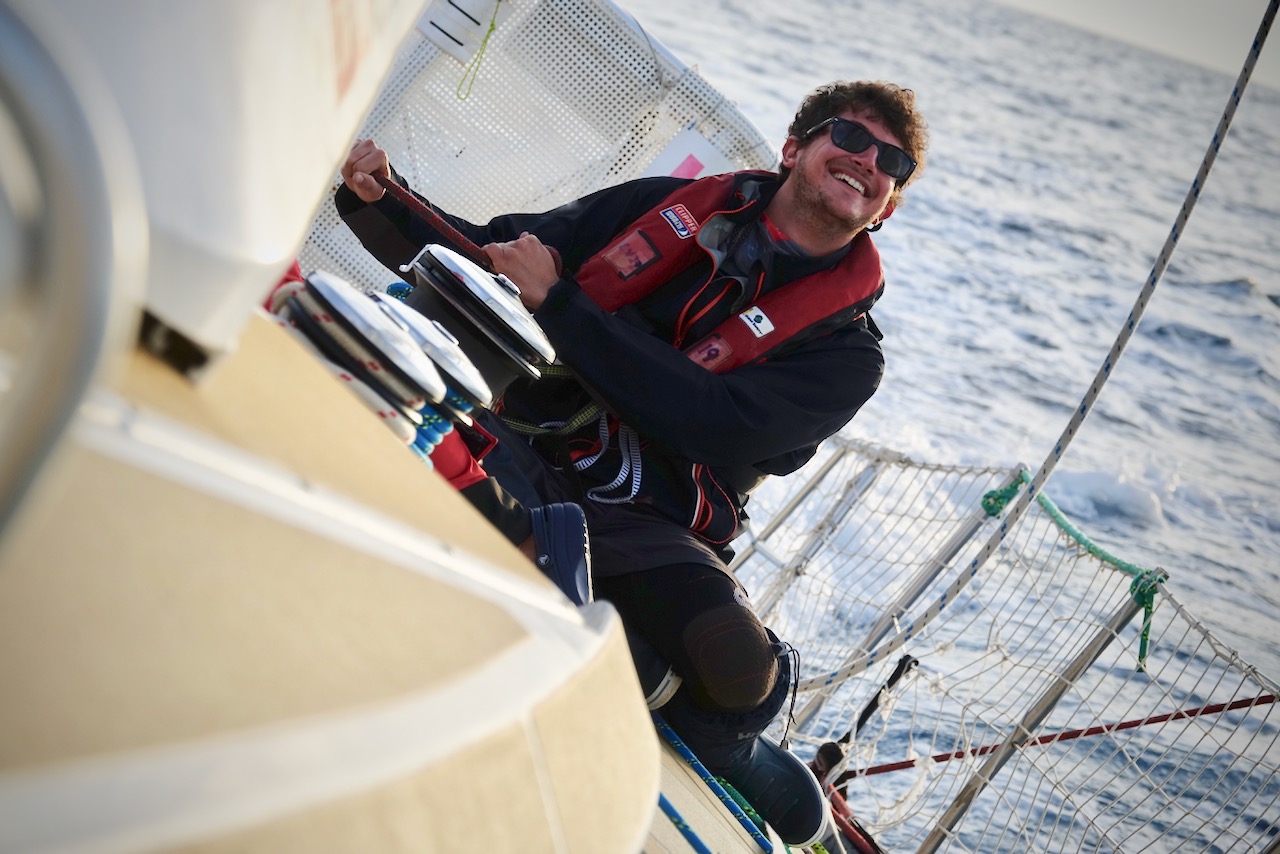 Whilst the crew of Sanya Serenity Coast remain unscathed by the Green Monster, the turbulent ocean has seen it rear its head on board GREAT Britain. Skipper Dave Hartshorn says: “This will be the pattern across the Atlantic, sail changes, smooth times, rough times, very rough at times. The GREAT Britain team will have to dig deep at times to give that extra one percent watch in, watch out.”

Looking ahead, it will be an interesting watch on the Clipper Race Viewer to see if Gulf Stream gamble pays off for the southerly pack. Weather-wise, Clipper Race Meteorologist Simon Rowell explains that the next low is chasing the fleet now and teams should be able to keep just ahead of it for the next few days in a corridor of wind. Whilst good for breeze, this means that it is likely to get wetter and squallier for the teams.

There’s been plenty of movement on the leaderboard, but none of the Clipper Race teams have broken away amid the tight racing conditions on Day 2 of Race 12 from New York to Derry-Londonderry.The split that appeared shortly after the Le Mans start has become…

The Clipper Race fleet has officially begun the penultimate race of the 40,000 nautical mile, eleven month circumnavigation - a…