PSP Logistics safely arrived into Piriapolis, Uruguay, yesterday afternoon (local time), to repair rudder damage, as the rest of the fleet continued in a closely-fought contest towards Cape Town.

With less than 10 nautical miles separating the top five teams, over the last 24 hours, the top three positions in particular have been changing hands between Visit Seattle, Liverpool 2018, and Dare To Lead.

Visit Seattle Skipper Nikki Henderson reports: “What a tense time out here! The rest of the fleet is definitely not giving us any room to relax that is for sure. We are very much aware of them hot on our heels and we are sailing our boat as well as we can towards Cape Town. The weather is quite confusing, so not only are we working hard on deck, but our brains are getting sore too.”

On Liverpool 2018, Skipper Lance Shepherd has been reflecting on just how close the competition is, saying: “Somehow, I always have to remind myself that whenever I try to have a nice little chat with another skipper over the VHF, every other skipper in range is also listening! We're all as bad as each other at eaves dropping, although some are worse than others.”

After leading for much of the last 24 hours, Dale Smyth, the Skipper of Dare To Lead, explains: “We hurriedly dropped our spinnaker as the wind backed hugely. We spent about an hour messing around as the wind re-established itself and lost a couple of race positions as we went further south.” 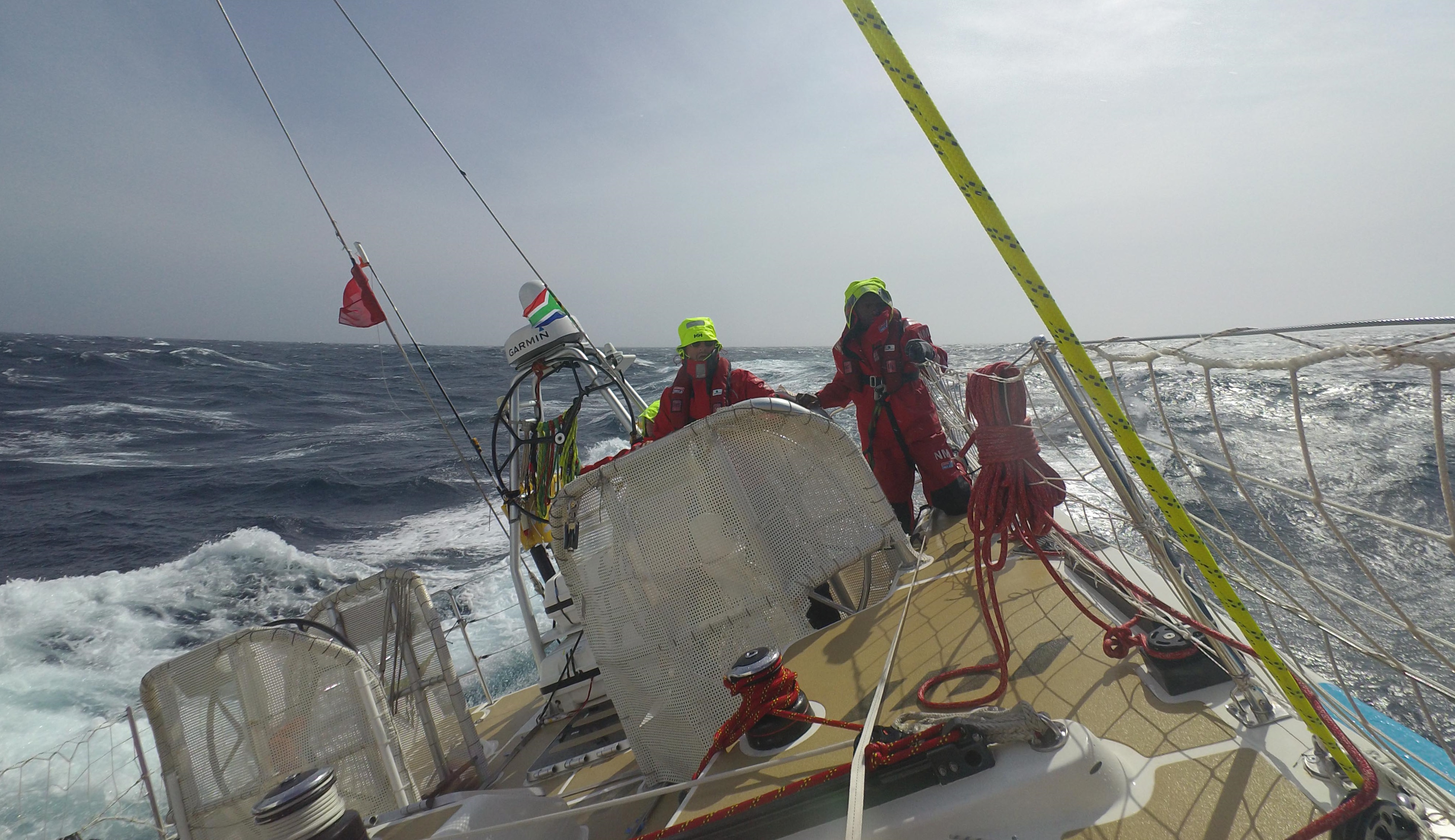 IMAGE: Helming on Dare To Lead

Greenings is in fourth, with fifth-placed Garmin not far behind. Garmin Skipper Gaëtan Thomas reports: “The last 24 hours were for us under a fully covered sky, raining or drizzling most of the time with poor visibility. The sea looking dark, with dark clouds and some good wind but at least less gusty. We were, and still are, in close range with Greenings.”

In sixth place and around 25nm off the lead is Qingdao, whose Skipper Chris Kobusch is confident that the tactic of steering a more northerly course will pay off. Chris says: “The rest of the fleet is further south and seemed to have lost the wind a little bit earlier than us, which is good news.”

He already has his sights focused on the next waypoint, explaining: “With just over 500nm miles to the Scoring Gate, at least half the fleet all close together and some major wind shifts still to come, it will be a tough battle for the next two or three days.”

GREAT Britain and Sanya Serenity Coast are fighting a close battle in seventh and eighth position respectively, with HotelPlanner.com in ninth only around 10nm behind. Skipper Conall Morrison reports: “What a fantastic day's sailing that turned out to be. Friday morning began with a very moody sky of greys and pinks and purples, the sun was rising as a front passed over us, and the clouds were very impressive.” 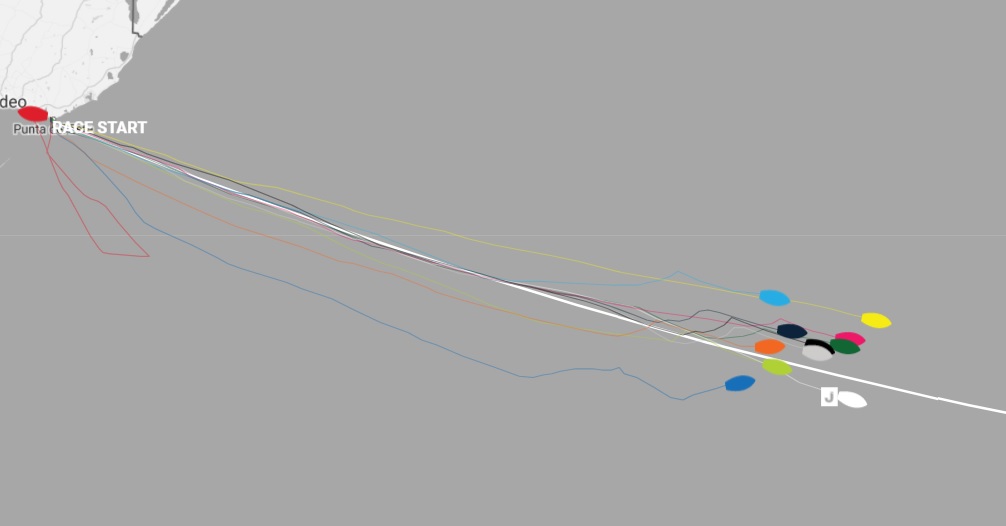 IMAGE: Fleet positions (all correct at time of publishing)

Unicef is currently in tenth position and is moving back towards the fleet, although Nasdaq is not far behind in eleventh. Nasdaq Skipper Rob Graham comments: “A relatively smooth sea under clear skies, and a moon so big and bright it almost looks like daylight. This is all a welcome change from the past couple of days of solid overcast, occasional showers, and lumpy seas.”A front has been passing over the fleet but behind this front comes the next high-pressure system. Clipper Race Meteorologist Simon Rowell explains that the fleet may be able to keep these south-west/south winds for about another 24 hours before the high starts to catch up and the wind veers north-west. This will depend on each team’s position in relation to the high-pressure system, making for some interesting racing over the next few days.