Spectators and media flocked to the water for the start of the Clipper 2017-18 Round the World Yacht Race’s second stage, to Cape Town, South Africa, following the event’s first ever stopover in Punta del Este, Uruguay. 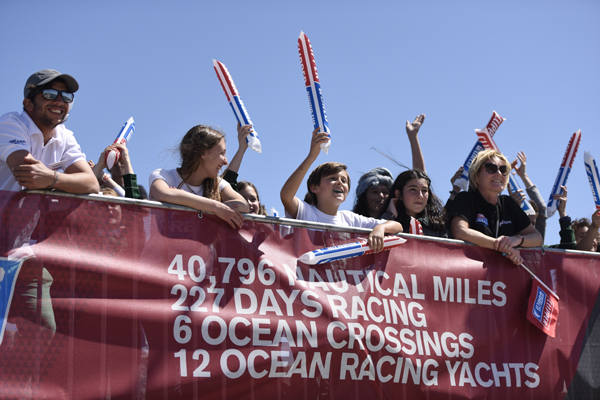 IMAGE: Fantastic support for the teams as crowds lined the breakwater

The race brought more than 300 international crew, representing 28 nationalities to Uruguay, drawing thousands of visitors from the region, and high-level dignitaries to Punta del Este. Uruguay’s Tourism Minister, Lilliam Kechichian, commented: “The Clipper Race has been the biggest sailing event to ever visit Uruguay.

“Not only have its international crew members been a huge economic boost to the city in this traditionally quieter pre-summer season, but the event has also given Uruguay an incredible opportunity to demonstrate our fantastic hospitality, and also positioned us firmly on the map alongside top global destinations on the route, such as Cape Town, Sydney, New York and Liverpool, UK.

Getting straight back into the challenge from the start line, the twelve teams officially got underway at 1730 UTC (1430 local) in northwesterly winds gusting up to 40 knots under clear sky and warm weather, starting with a round the cans inshore circuit in the Bay of Maldonado.

First to cross the start line was Liverpool 2018, shortly followed by Qingdao and GREAT Britain but (at time of publishing) Visit Seattle and Greenings now lead the fleet. 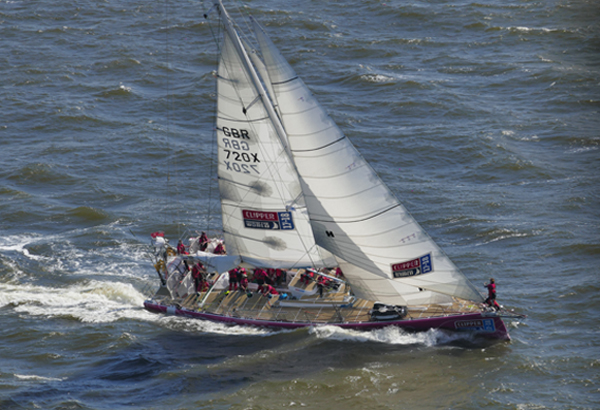 The South Atlantic is set to provide a strong welcome back to the Clipper Race fleet tonight, with the overnight weather forecast predicting wind speeds in the mid-20s to mid-30s, but with strong gusts, estimated at 50 knots at times.

It will not be long before teams re-encounter the Trade Winds and get into the long, rolling swells of the Southern Atlantic on this 3,560-nautical mile route, heading head south towards the Southern Ocean with spinnakers flying.

Race Director, Mark Light, explains some of the challenges of the upcoming race, saying: “Key tactical decisions will need to be made early on. 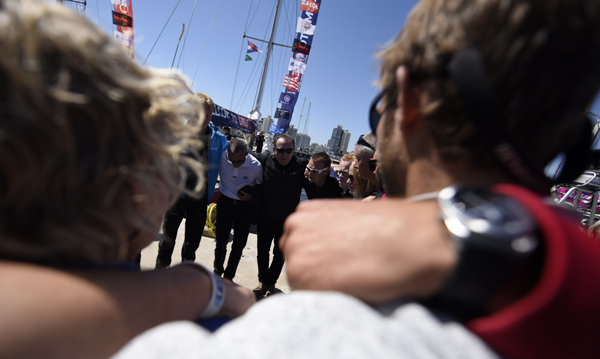 Dare To Lead has elected to play its Joker Card for this race, meaning that the team will double its race points. As a Capetonian himself, the team’s Skipper, Dale Smyth, explains: “I’m highly motivated – I’m sailing home so that’s good news for me.

“There is no way that anyone can ever claim to be familiar with the ocean but in some ways, especially when it comes to the final approaches towards Cape Town and right in to Table Bay, that is my home territory and my home sailing ground.”

The Clipper Race fleet is due into Cape Town between 19-22 October and will be berthed at the Victoria and Alfred Waterfront until 31 October.