The wind has finally returned on Day 3 of Race 2: The Commodore’s Cup, meaning the Clipper Race fleet is once again moving towards its goal of Punta del Este in Uruguay.

While the Clipper Race fleet remains split between those who have opted to stay offshore and those teams who are hugging the North African coastline, the arrival of the Trade Winds has provided a huge psychological boost, with the majority of the fleet now having less than 5,000 nautical miles to go in this race across the Atlantic.

Josh Stickland, Skipper of Ha Long Bay, Viet Nam, comments: “Finally the Trades have kicked in! We have almost 20 knots of breeze and are surfing tiny wavelets to around 12-ish knots which makes me very happy.”

The increase in breeze was also welcome on Dare To Lead, with Skipper Guy Waites reporting: “Quite ‘sporty’ tonight. Gybing the code sail under moonlight, the crew helming, their confidence growing, it's starting to come together as the team work the deck, accompanied by dolphins playing with our bow.”

The change in conditions has brought about a change on the leaderboard as well. Punta del Este, who has chosen to play its Joker Card in the race to its home port, is in the lead, closely followed by Visit Sanya, China and Ha Long Bay, Viet Nam.

Visit Sanya and Ha Long Bay, Viet Nam are in a close knit group with Dare To Lead, Qingdao and Unicef close to the Moroccan coast. Qingdao AQP Rhiannon Massey said: “The next 24 hours looks like it’ll bring us a little more wind than we’ve been getting so far this race as we continue down the coast of Morocco, with around another 200 nautical miles to the Canaries to go.” 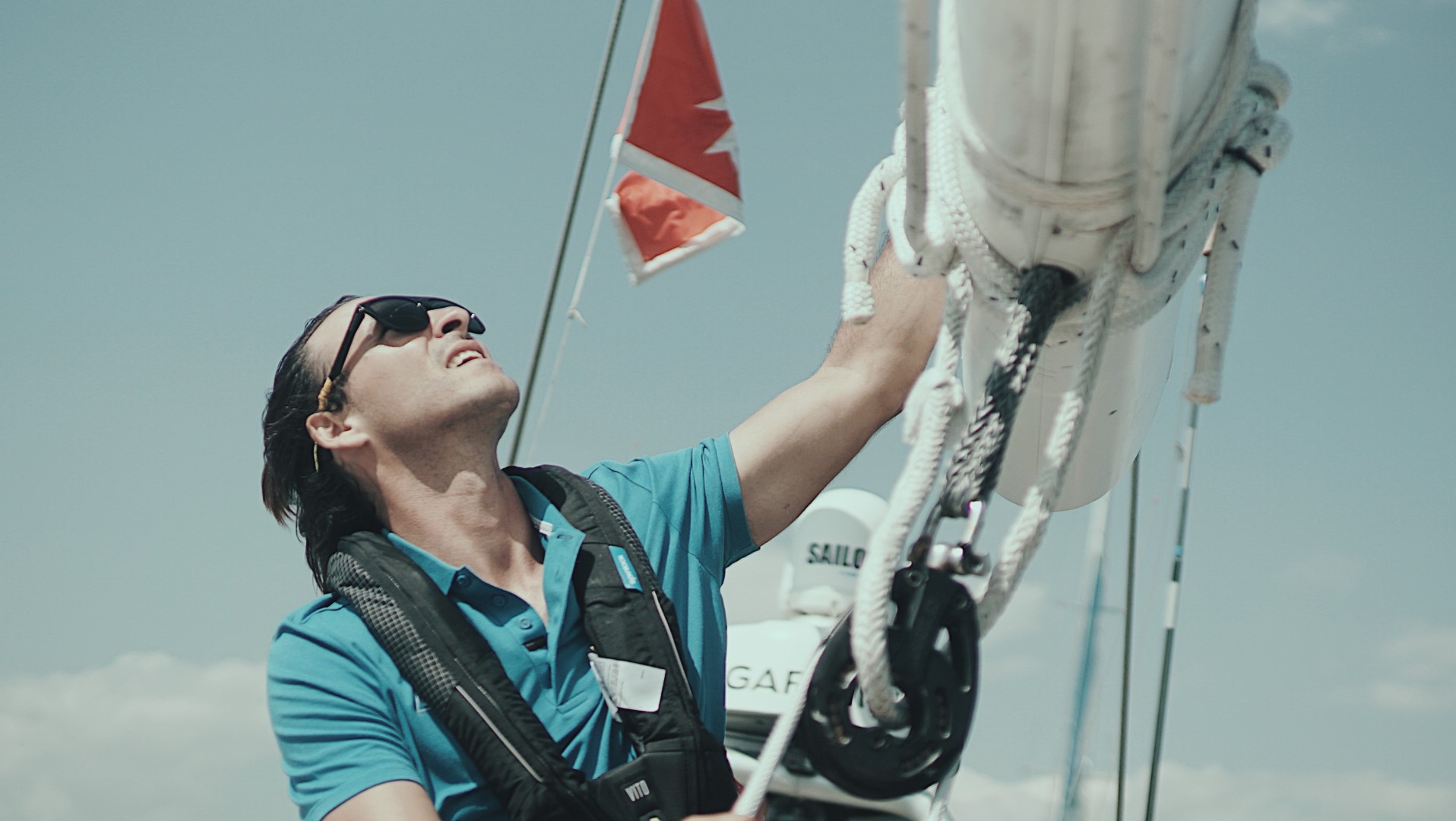 As the teams cross off the miles to Uruguay, the crew are becoming more and more competent, much to the delight of the Skippers. GoToBermuda Skipper David Immelman commented: “We have done another day of spinnaker peels and loads of gybes. The crew were great. Not one issue, not one wrap, not one anything bar good sailing and good seamanship. All the time put into practice and briefing and learning is really now beginning to pay off. There is not much more a Skipper can ask of his crew. Makes me very proud.”

The Skipper of Imagine your Korea, Mike Surridge, feels the same way, and adds: “Our sailing has continued with a full Main and our Code 1 Spinnaker up. The crew are clearly becoming more and more comfortable with flying the kite and have thrown in a couple of superb gybes, real pro stuff. Well done guys and girls.”

The winds have picked up a little so it is onwards on the adventure to Punta del Este for the teams who are bonding well with high spirits, no doubt by the one thing they all agree on - they are being well fed, making for happy crews. Keep an eye on all the action via the Race Viewer.