The Clipper Race fleet is experiencing dramatically different conditions in the first couple of days of Race 2: The Commodore’s Cup compared to those faced in the first race; very light and downwind. With the light winds the skippers and crew had a decision of whether to keep west, closer to the rhumb line and wait for the forecasted wind to fill or to gybe south easterly in search of land breeze off the coast of Morocco. A decision which has split the fleet and it is still too early to tell which decision was the more favourable.

Currently sitting in the lead on the Clipper Race Viewer, after opting to stay west and closest to the Rhumb line, of which the positions are calculated, is WTC Logistics. Skipper Mark Burkes reported on his decision to stick to the westerly route: “The GRIBs we have (our graphic weather data) suggest that being inshore will give us more breeze. However, gybing south east to get into that breeze costs us valuable time spent sailing in the wrong direction. It's a quandary, although according to our GRIBs, we should get a better wind angle out here in due course.” 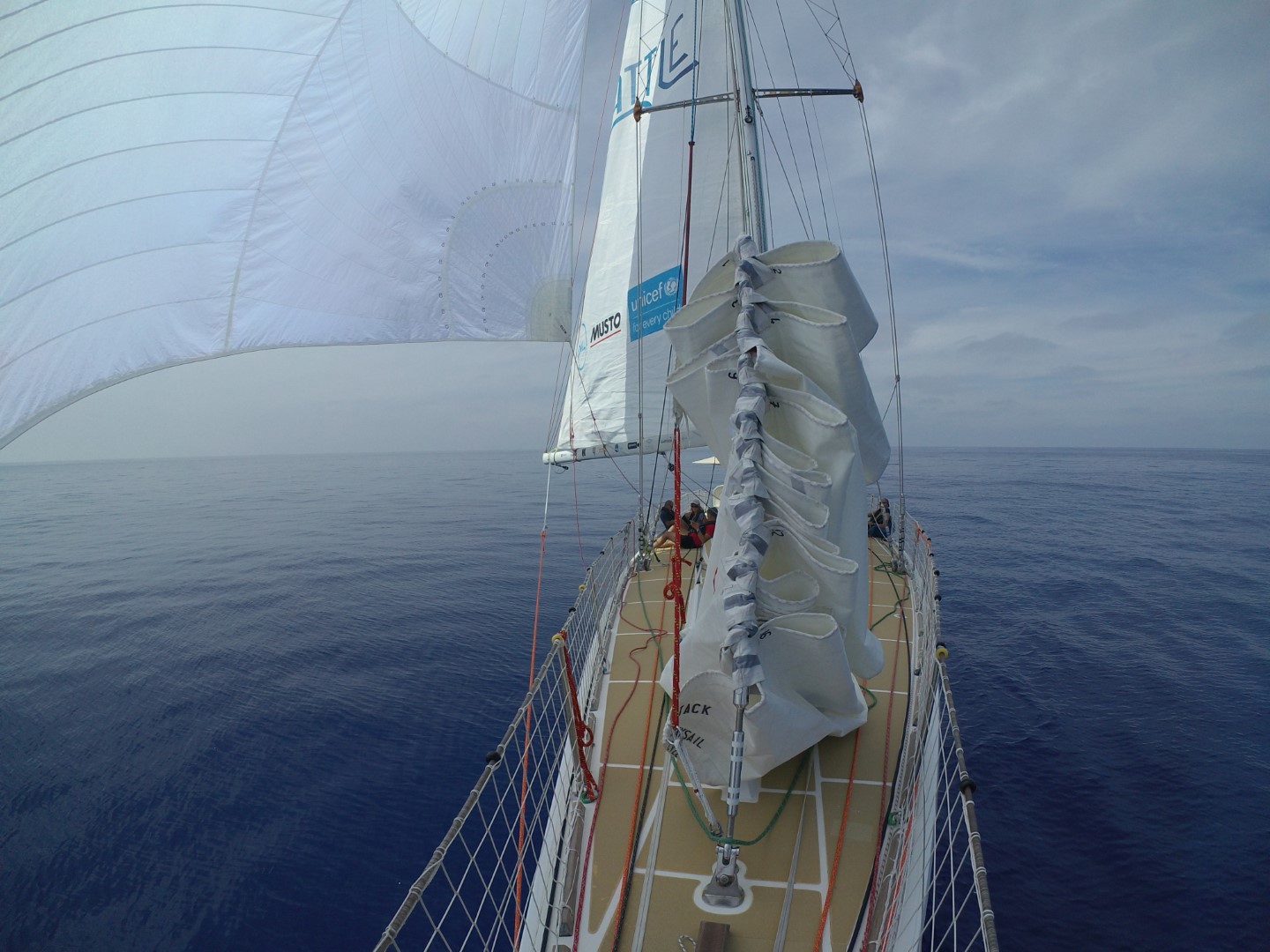 In the westerly pack with WTC Logistics is Seattle, Skipper Ben Keitch has been coaching his crew through the difficulties of helming in light winds he said: “The crew are learning the difficulties of both staying motivated in light airs, and the very tricky business of helming with a spinnaker up when the boat's apparent wind, generated by its own momentum, is greater than the actual wind. With such a heavy boat this is like walking a tightrope. Turn one way or the other by just a degree, and the spinnaker collapses, the "wind" dies, spinning around through 180 degrees in direction. It then takes skill and patience to get going again.”

The furthest team east is Visit Sanya, China which is currently leading the easterly pack has reported close racing with Ha Long Bay, Viet Nam, Dare To Lead and Punta del Este but progress remains steady and teams having to remain focussed on the finessing light wind helming and slick sail changes. Ha Long Bay, Viet Nam Skipper Josh Stickland said: “It’s been a bit of a slow day we changed kites at 0830 this morning from a Code 2 to a Code 1 (Code 1 is a similar shape but just a little thinner) and have been crawling along at 3 to 5 knots with a few boats for company, as I’m sure you can all see there is a definite split in the fleet so I hope our tactics pay off, just hoping and waiting for the trades to kick in.” 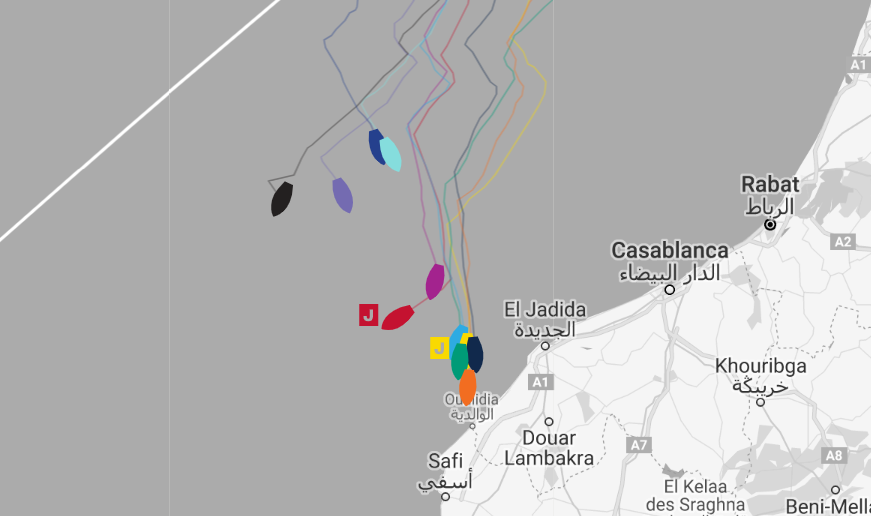 Despite the split in the fleet, all skippers have reported slow progress. GoToBermuda Skipper, David ‘Wavy’ Immelman, summed it up when he said: “What a long, slow 24 hours, the wind has been painful. It has just not filled in and allowed us to head south to the coast. It has however given us good practice in light airs helming, trimming and peeling kites. We have changed between the windseeker and the Code 1 too many times in the last 24 hours.”

On the positive side, the steady conditions has meant life on board across the fleet has been much easier for the crew, even though temperatures are rising the flatter yachts have made for more comfortable days and nights to settle into the watch systems and produce some culinary delights to keep the teammates motivated. Dare To Lead Skipper, Guy Waites, said: “How different Race 2 is compared to Race 1, long days and nights gliding south, trimming and helming, upwind sailing will have to wait until nearer the South Atlantic.

“With the galley angle of heel more conducive the bake off on board has risen to new levels, no one is complaining.”

Over the next 24 hours the fleet is expected to move into the Trade Winds which should propel the teams southwards towards the Canaries, which route will the teams take? Will the inshore decision pay off or will those further west pick up speed first? Keep an eye on the Race Viewer to find out.

After the bold, fast start to Race 2, the Commodore’s Cup, a 5,200nm race from Portimão, Portugal,…

Punta del Este has had a brilliant start to the race to its home port, with Skipper Jeronimo Santos Gonzalez…

There may be 5,185 nautical miles between Clipper Race Host Ports Portimão and Punta del Este, but the two cities have been brought closer than ever after the Uruguayan Ambassador to Portugal paid a visit to the fleet at the Marina de Portimão.After being greeted…