After an extremely tough first race, it is time to focus on Race 2: The Commodore’s Cup and the first ocean crossing of the 2019-20 circumnavigation.

GoToBermuda Skipper David ‘Wavy’ Immelman summed it up by saying: “Well, it is a proper ocean race now as Race 1 was a sprint race down here. I was saying to the crew, between the first and second mark in Race 1 was 7nm, in this race it is thousands, quite a different story.”

Speaking ahead of the start of the race, Unicef Skipper Ian Wiggin said: “I absolutely love ocean sailing. I find it very satisfying to be far away from land surrounded by a good team and just enjoying the boat and enjoying nature. I am very excited to be able to share this experience with the crew, that is really my motivation in this race. I think will be super, super, cool. It’s a great event and ocean sailing is something very special, that very few people get to experience.”

On the first ocean crossing he added: “It will take the team a two or three days to get into it. The forecast at the moment is looking quite tricky. Luckily it is programmed for different stages. We can focus on the short term week by week and try and position ourselves first for the scoring gate, tactically across the doldrums corridor, then the Dell Latitude ocean sprint beyond that. There are nice chunks so psychologically we can focus on different pieces at different times.” 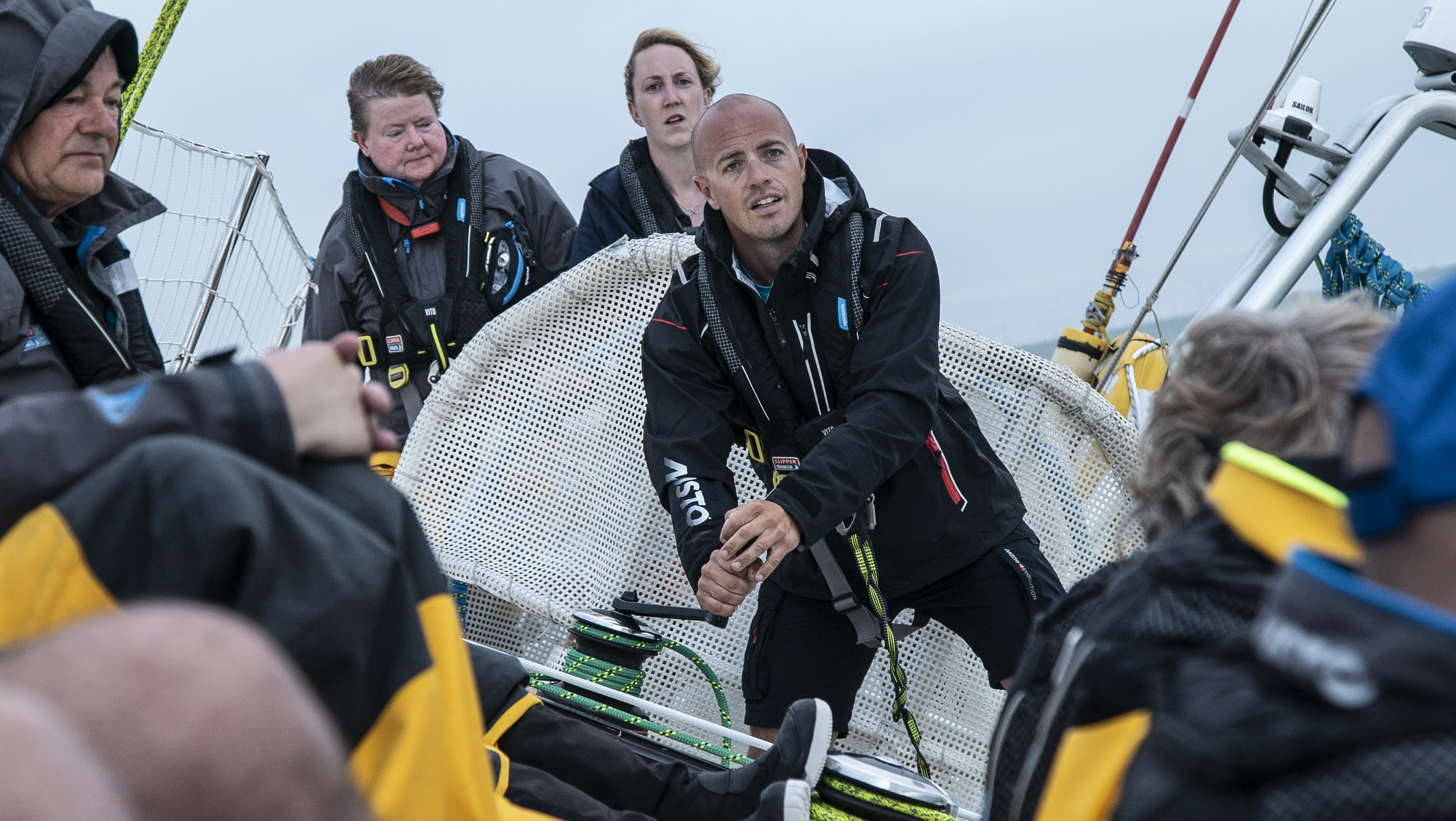 Currently sitting in first and second on the overall leaderboard after Race 1, Punta del Este and Qingdao have both opted to play the Joker Card. On the decision Jeronimo Santos Gonzalez, Skipper of Punta del Este, said: “The Joker card, first of all I think it needs to be used sooner rather than later. The majority of my crew wanted to use it. The combination between arriving into Punta del Este, our home port after winning Race 1, and the feeling of strength within the team right now, it was common sense.”

The support for all the teams from home and around the world is well known but for the Punta del Este team this next race is extra special. Jeronimo added: “Sailing into our home port, everybody, my whole team and myself included, are so excited. We can barely contain our excitement. Yacht Club Punta del Este has supported us so much, we had the Uruguayan Ambassador to Portugal here and the support has gone nationwide so we are really excited to arrive.”

5,195 nautical miles is the rhumb line distance from Portimao to Punta del Este and it is estimated to take the teams around 30 days to complete. Qingdao Skipper Chris Brooks said: “Race 2 is going to be brilliant because it is so long. If there are any problems any hitches, you have got a lot more time to bring it back and get back to the front, unlike the last race which left us in a wind hole at the end.

“We have got a really strong crew dynamic onboard, so racing this many miles, one of the longest races, is going to be much more reliant on having that bond set in place. The team strength we have is really going to come into play here.”

The conditions and challenges of the race differ greatly to those from London. Imagine Your Korea Skipper, Mike Surridge hinted: “It is going to be great fun, a whole host of weather conditions the crew are going to love it.” 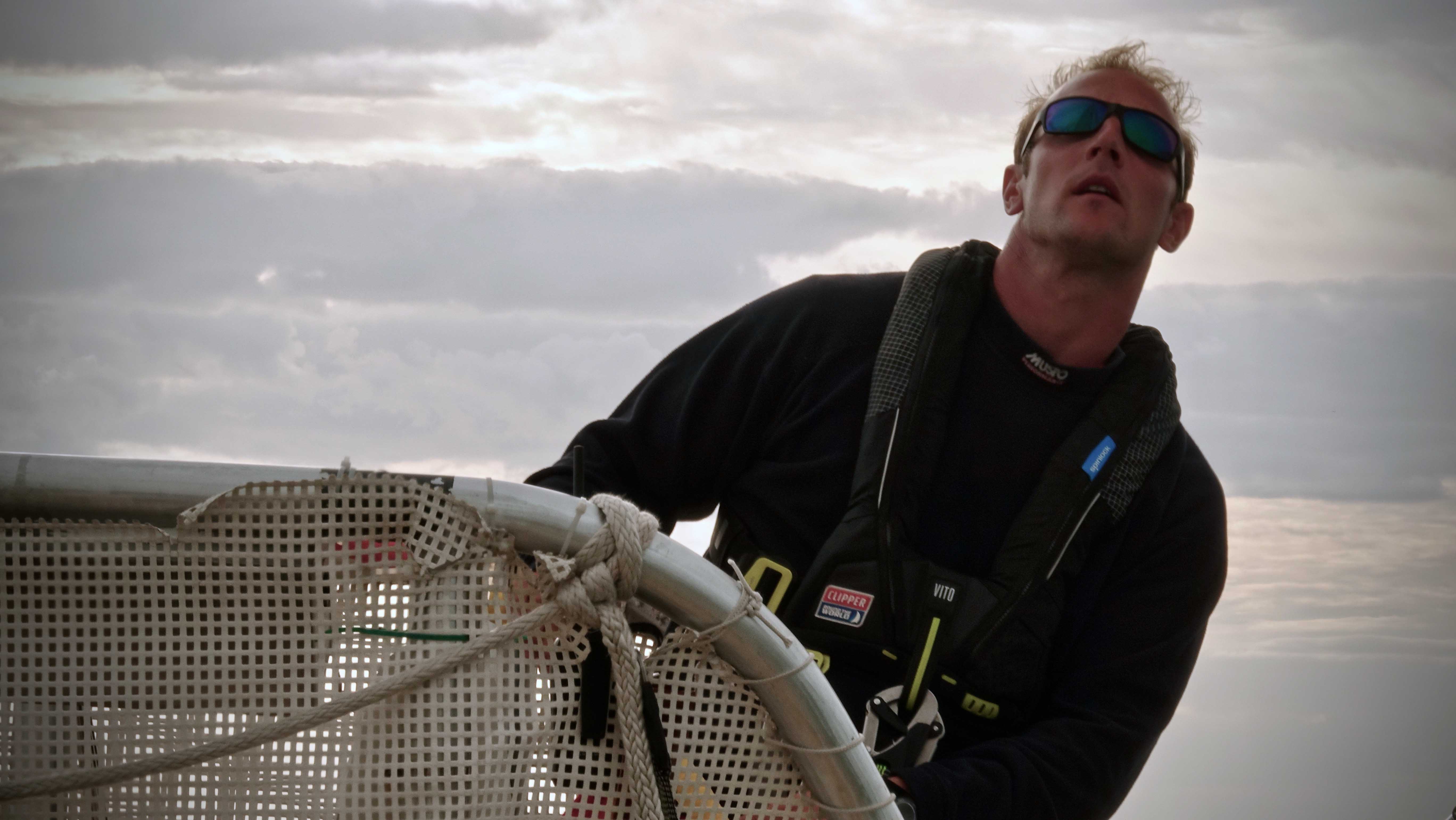 Discussing the conditions crew will be facing Zhuhai Skipper, Nick Leggatt said: “The crew can look forward to a lot of sunshine, warm weather and the occasional little tropical rain squall to freshen them up a bit. It think occasionally, especially around the equator, they might be taken by surprise by big thunder storms in the doldrums, and then we always have to watch out for sunburn.”

There are many tactical decisions to make on route and one of the main features of this next race is the Doldrums.The Doldrums is a broad belt of shallow pressure and weak pressure gradients, towards which the trade wind air streams of the Northern and Southern hemispheres flow. The expected weather is variable light or calm winds, alternating with squalls and thundery showers and it can be very difficult to predict exactly where the Doldrums will occur. To aid the running of the race the Doldrums Corridor will be in place. Seumas Kellock, Visit Sanya, China Skipper, reported that: “The key to the Doldrums I suppose is a healthy sprinkling of luck. We have the Doldrums corridor we can use too so the aim is to use it at the right time.”

One of the highlights for crew and Skippers alike will be sailing across the equator into the Southern Hemisphere. This is often marked by a ceremony hosted by King Neptune, transforming the crew from slimy Pollywogs, a sailor who hasn't crossed the equator, to trusty Shellbacks, also called a Son or Daughter of Neptune. Mark Burkes, Skipper of WTC Logistics, when asked how the crew are feeling said: “They are all excited and we have ideas of what we are going to do for the ceremony. We have one member of crew who has crossed the equator before, Laurence Vignon and she is going to be running it as Neptune. It is always exciting the first time you cross, and it would be nice to cross ahead of some of the boats!” 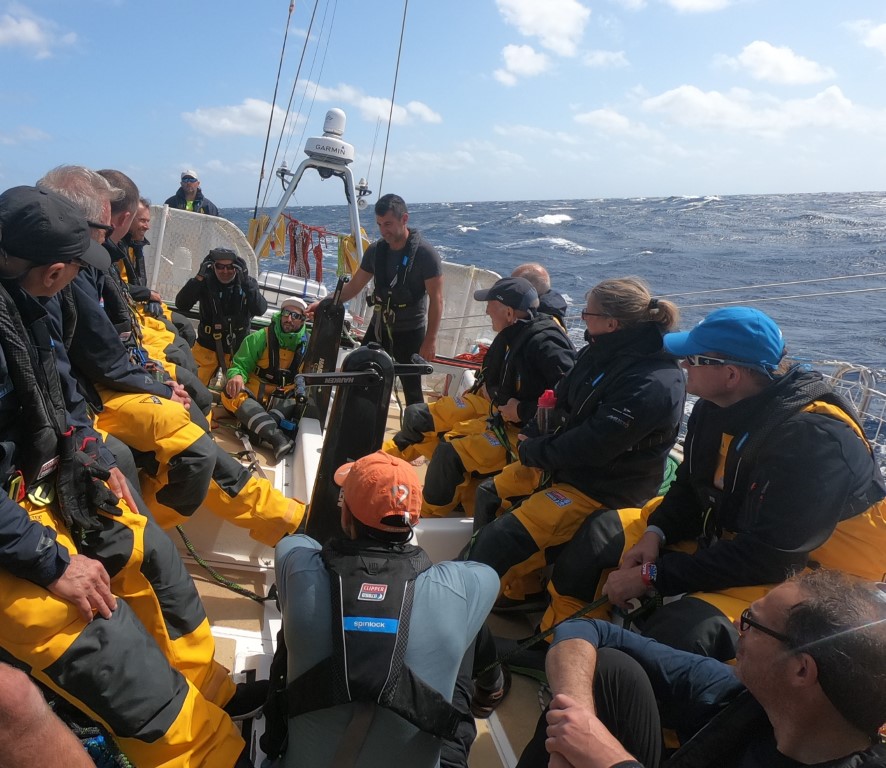 After a fantastic stopover in Portimão, the teams are ready to get back out there. Dare To Lead Skipper Guy Waites reported: “Fabulous location, wonderful wine and food, great atmosphere, lovely sailing and relaxing weather.”

He added: “Now the crew have got that first week in the bank, as it were, and well deserved recuperation, they are much more relaxed about going to sea. They know the conditions aren’t going to be the same, we won't have the wind against tide that we had in the English Channel, but it is a much bigger, longer leg and it is going to be very, very hot.”

Ha Long Bay, Viet Nam Skipper Josh Stickland reported that his team are: “Chomping at the bit to get sailing” and Seattle Skipper Ben Keitch said: “The crew are feeling relaxed but I think everyone is ready to get back out there.”

With Portimão putting on yet another perfect day, it was time for some of the teams to test out the excellent sailing conditions the Algarve is known for.A mixture of Clipper Race crew and invited guests gathered at the Marina de Portimão and after…