It’s been an edgy 24 hours for current race leaders Ha Long Bay, Viet Nam and GoToBermuda. Stuck in light winds, the two teams have been hoping the New Year brings with it some much needed knots. Their gains of the past ten days at the front of the pack could soon ebb away, as the rest of the fleet has its sight on catching up. 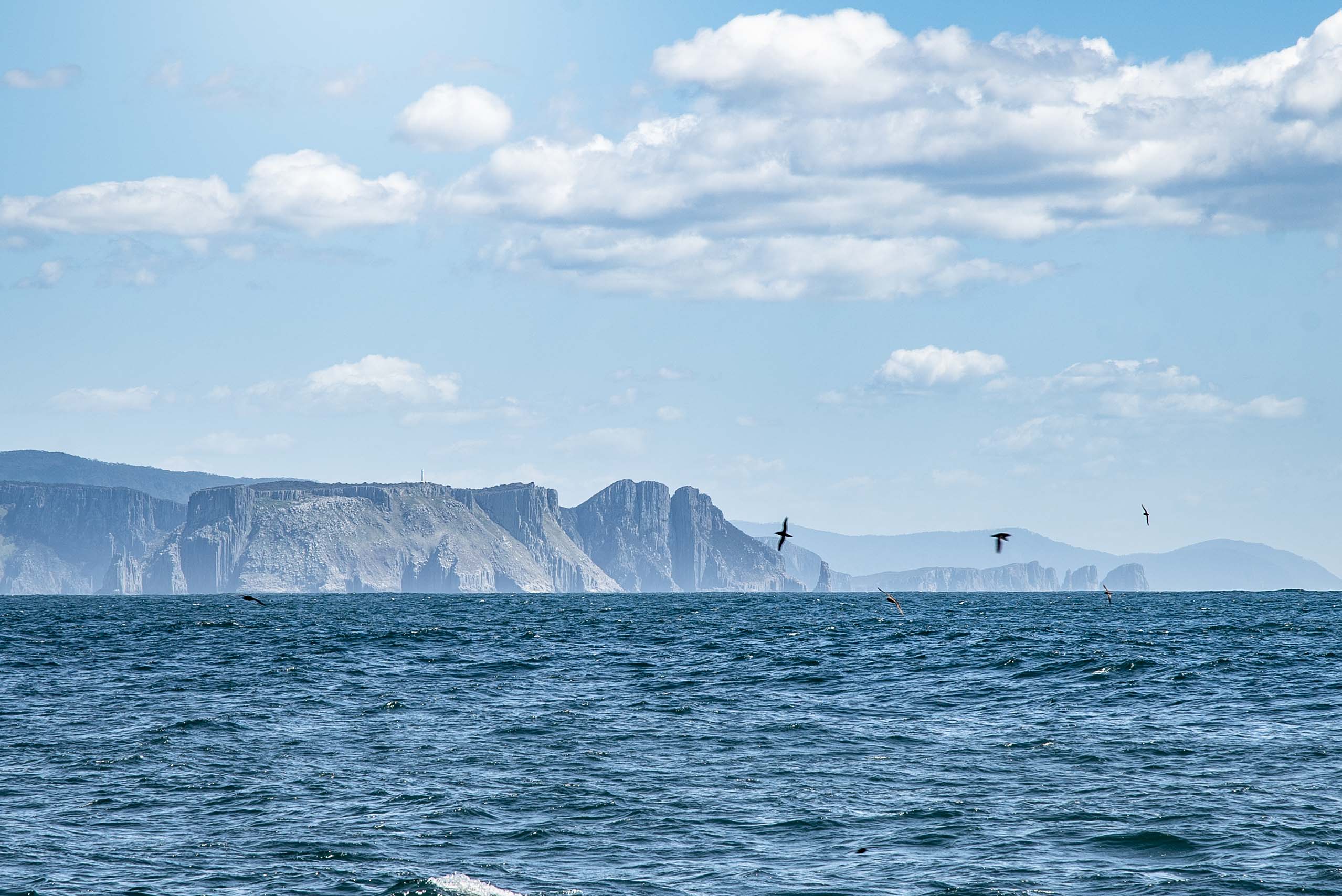 View of Tasmania, shot from on board Ha Long Bay, Viet Nam

But the teams have been making the most of their close proximity to each other. Says David ‘Wavy’ Immelman, Skipper of GoToBermuda: “We had a nice time with the crew on deck and cheered Happy New Year as loud as we could across the water to Ha Long Bay, Viet Nam. We had just had a five hour dogfight with them, playing with the light airs. He made, then we made, then he made and so on. Eventually we split but it was great fun last night, playing like we were doing a Saturday afternoon race in the Solent.” 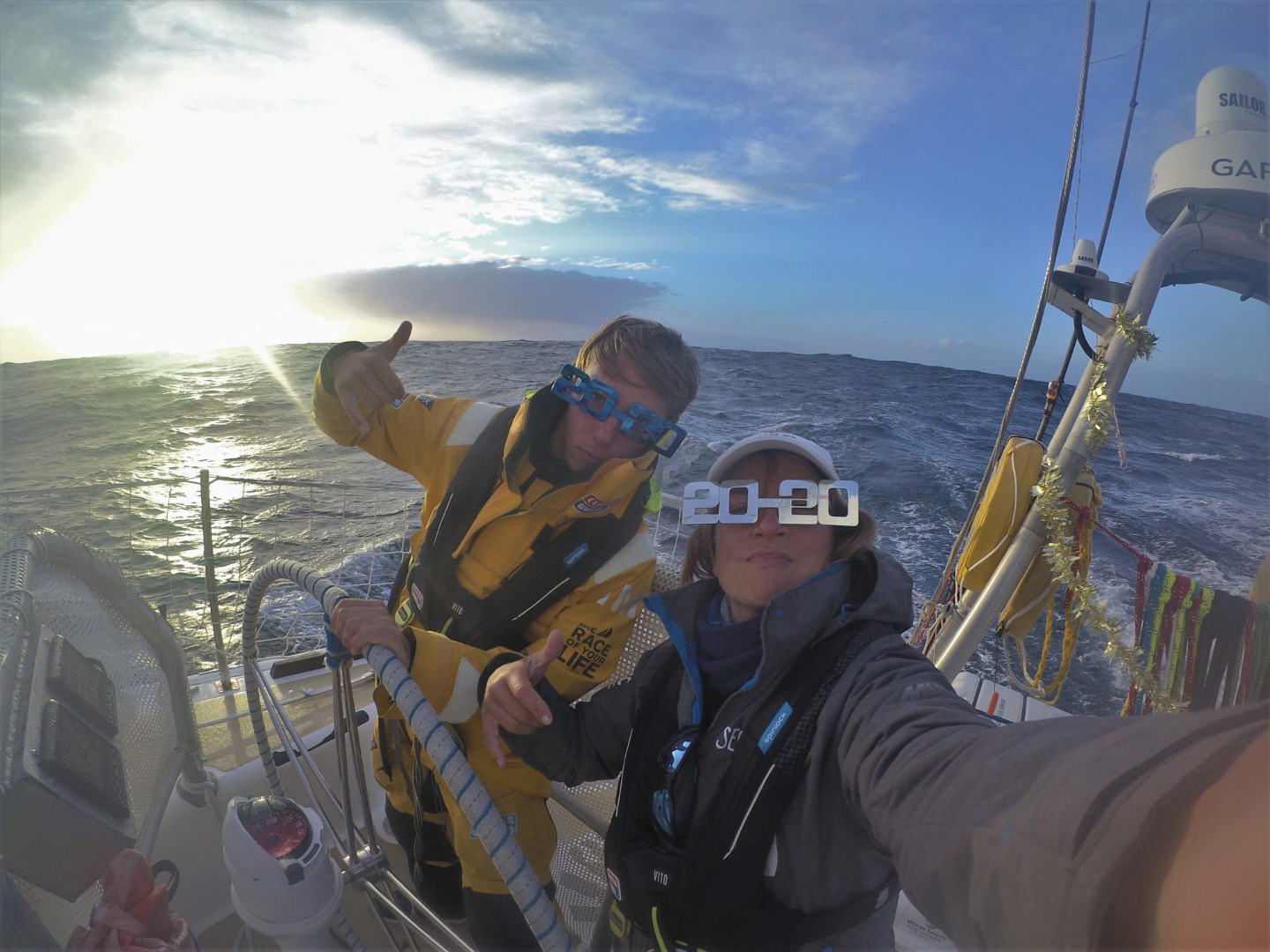 Each team celebrated the start of a new decade in different ways. Seattle wore 2020 party glasses at the helm, Punta del Este and Qingdao illuminated the dark sky with disco glow sticks and WTC Logistics heaved its kite out of the Tasman Sea (read more in Rich Gould’s Skipper Blog to find out about the crew’s ‘Herculean’ efforts to retrieve it.)

Dare To Lead Skipper, Guy Waites is predicting a riveting few days for Race Viewer addicts. Sitting in the middle of the pack, the team has a good vantage point to how this may all play out. He says: “The climb north has begun for the front runners. A game of snakes and ladders will begin, as we sit in the cheap seats pondering their mixed fortunes. Gain or lose, the coming days are going to be interesting for all.” 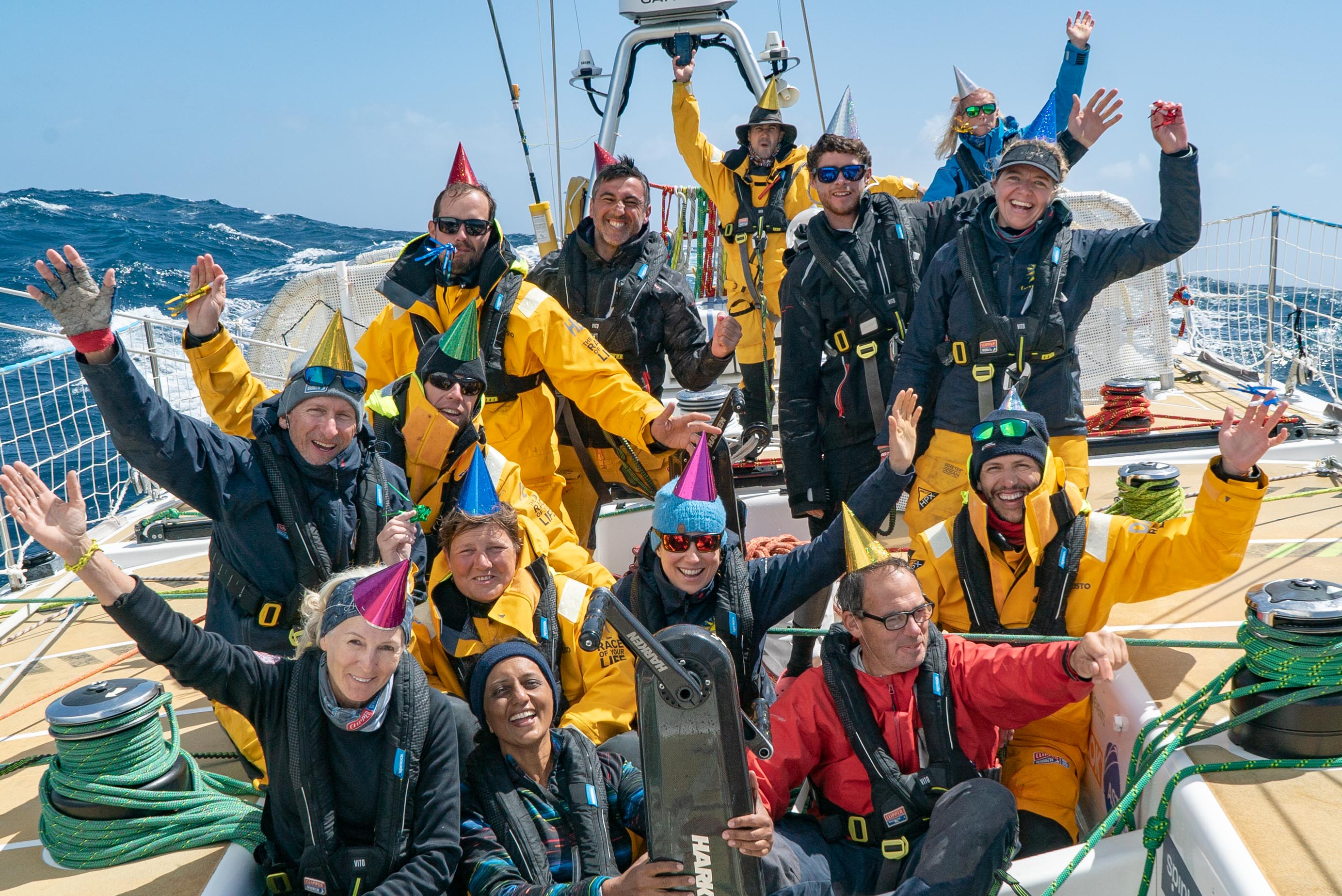 There was much talk of what awaits each team in 2020 with most discussing resolutions and looking ahead to what the rest of the Clipper 2019-20 Race has instore for them all. Punta Del Este Skipper, Jeronimo Santos Gonzalez, said: “We all congratulated each other, discussed our New Year’s resolutions and shared how lucky we were to be spending this New Year like no other, racing across the ocean.”

To find out more about the teams’ antics over New Year’s Eve, take a look at the Skipper Blogs here.

New Year's Eve 2019 has proved to be a milestone event for the Clipper Race Skippers, AQPs and Race Crew;…