New Year's Eve 2019 has proved to be a milestone event for the Clipper Race Skippers, AQPs and Race Crew; in addition to taking a moment to reflect on the year and welcome in 2020, the leading teams have have said goodbye to the most southerly point of the entire circumnavigation after rounding Tasmania and heading north towards Airlie Beach. 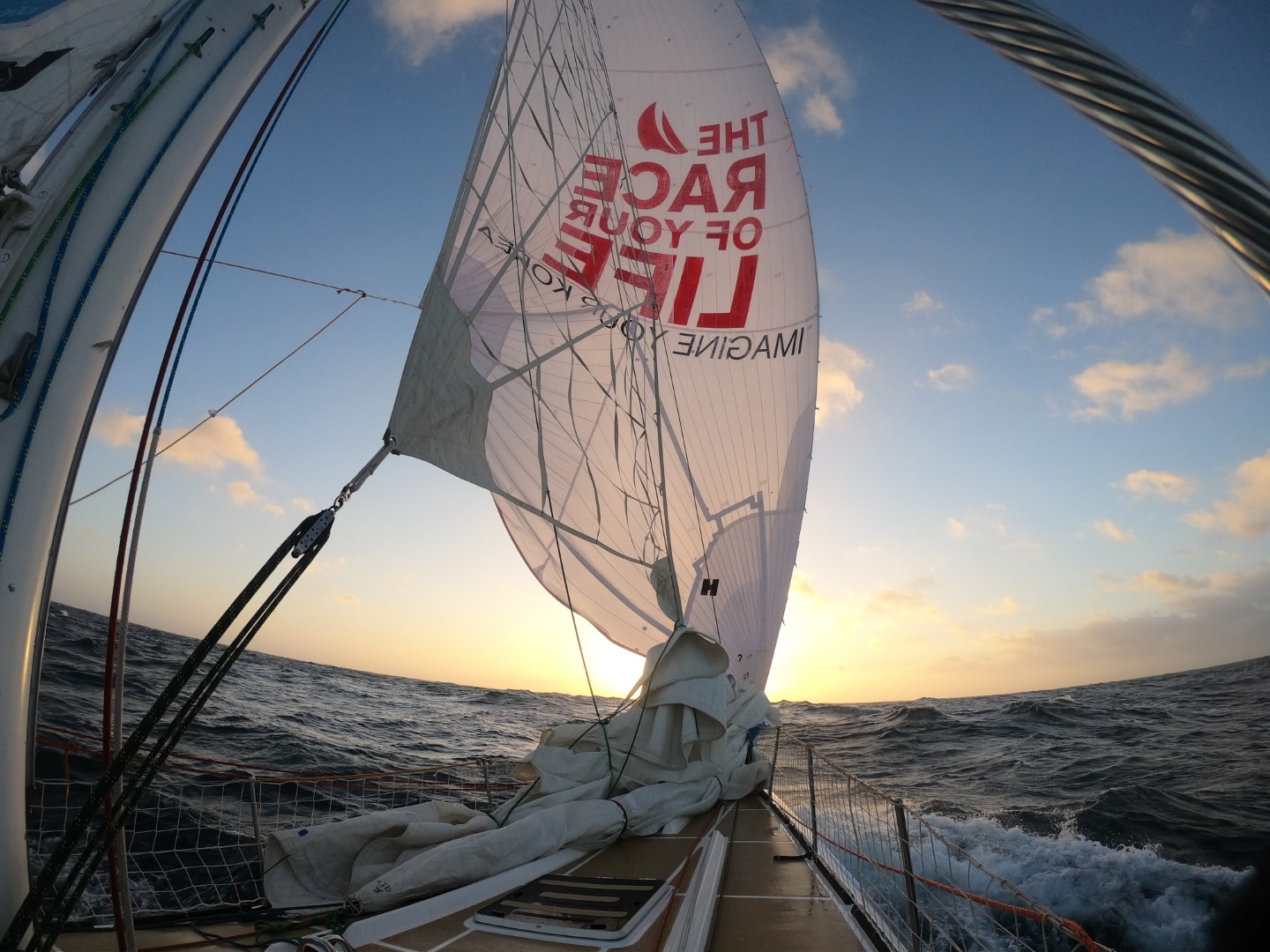 Image: The sun sets on 2019 from Imagine your Korea

Rich Gould, Skipper of WTC Logistics comments: “This is the most southerly we’ve been so far in the trip around the planet, and it will the the most southerly the crew will ever go on this journey of epic proportions. Almost as if to mark the occasion, we have a sunny afternoon, great swell and good speed again. All together, a fantastic final farewell to the Southern Ocean.”

For the leading teams heading north, this New Year's Eve brought with it a host of firsts. Ha Long Bay, Viet Nam Skipper Josh Stickand reports: “We were met with the welcome sight of Tasmania and have been following it ever since; I must say it's a pretty cool coastline, we also saw a few stragglers from the Rolex Sydney Hobart Yacht Race and heard our first VHF voice coming from 'Tazzie' Coastguard. We also saw GoToBermuda in the very far distance.”

Meanwhile, getting into the full swing of New Year, Imagine your Korea Skipper Rob Graham says: “We have a party planned at watch change, to coincide with a clock change: we've come so far east that on Fremantle time the sun now rises around 0230. There is always some confusion when we do this: will we get two New Year countdowns, maybe with an extra one thrown in for UTC, or will we miss out altogether? Personally I'm hoping we might just be close enough to see the Hobart fireworks display - I was there two years ago and it was a truly arresting spectacle. Happy New Year everyone, and see you in 2020!”

And David ‘Wavy’ Immelman, Skipper of GoToBermuda, adds: “Cheers with no beers!” 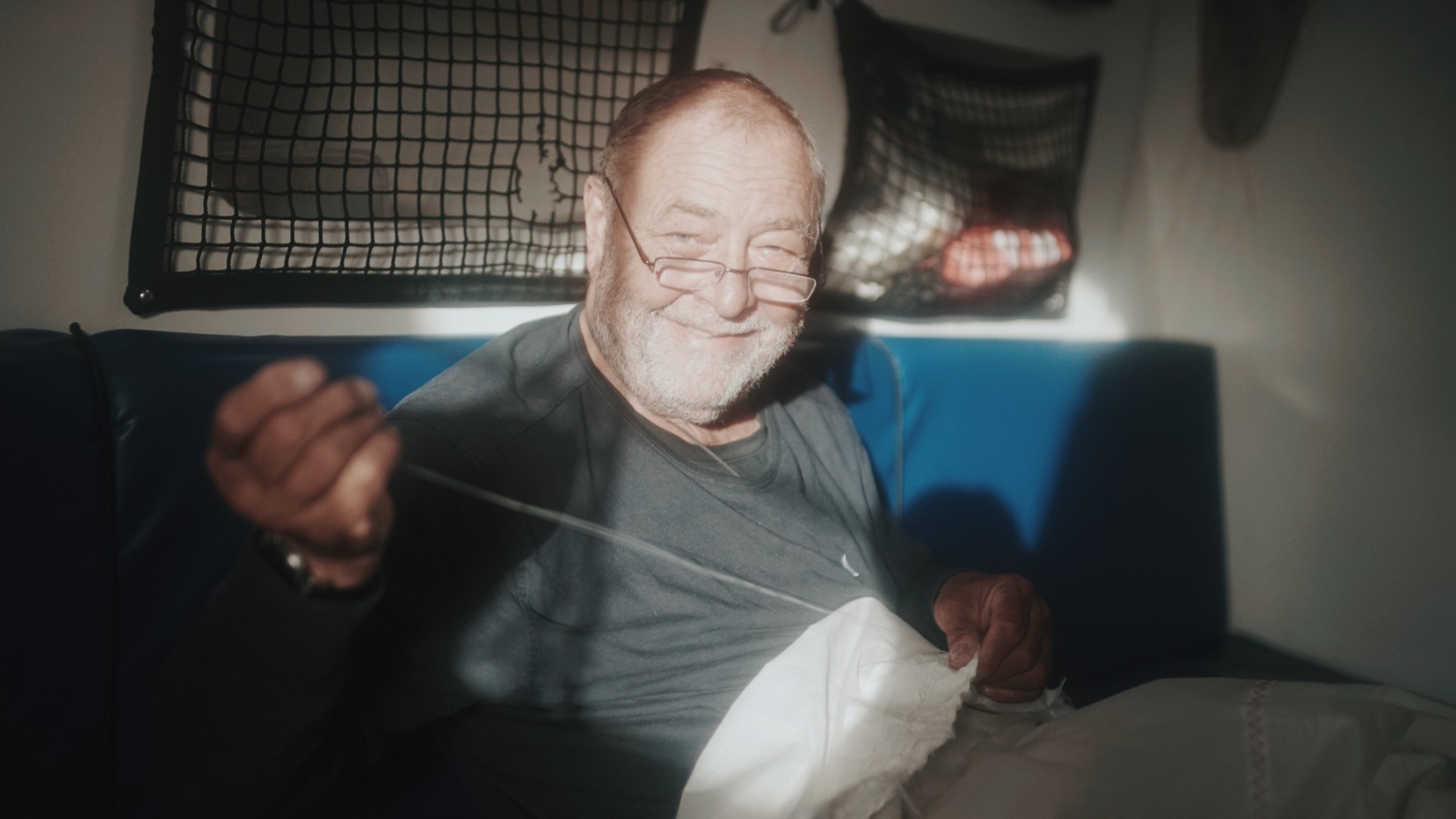 Image: Many teams suffered 'kitemares' at the hands of the cold front yesterday and are spending time repairing their snagged spinnakers

For the entire fleet, there has been a fair share of ‘kitemares’ as the cold front that passed through yesterday brought with it squally, unreliable conditions that will undoubtedly keep teams busy in the sail repair department. Qingdao Skipper Chris Brooks says: “In sail making support, Keith and Doeke have been so helpful to reduce the time until we can have the sail ready once more. The rest of the team have been great and it looks like it may even be ready this afternoon so we can try it out before heading upwind.”

And there’s extra celebrations on board Punta del Este as today as they mark Skipper Jeronimo’s birthday - his first in the Southern Ocean. He said: “It is also really convenient that they have put on New Year's Eve the same day as may birthday for a double celebration. Every year I celebrate my birthday by doing an activity in the water - this year is extra special”

Keep up to speed with progress as the fleet races into 2020 via the Race Viewer, which is updated hourly. Read the Skipper and Race Crew blogs in full via the team pages on the Clipper Race website.

“Somewhere very close by, in the grey murk, a cold front is creeping up on us” says Zhuhai Skipper Nick Leggatt.After eight days of racing around the clock, change is afoot for frontrunners Ha Long Bay, Viet Nam, GoToBermuda and Zhuhai, which are expecting to…

On the fourth day of Race 5: The Whitsundays, Heart of the Great Barrier Reef, spirits are high as the…