It’s the final few days of Race 5: The Heart of The Whitsundays, and the heat is on for the teams as they desperately attempt to make gains for the best position they can on the leaderboard. Seventeen days into the race from Fremantle, and the non-professional crew are constantly improving their skills, looking to the milestones ahead and reflecting on the race to date in the final miles north.

Skipper of GoToBermuda, David Immelman reports: “It’s a busy night for the crew, but I am proud to say each change went off flawlessly and at speed as well. Now we are making our way around the next current of Fraser Island and then we head for the first of our gates. Let's hope the wind holds.” 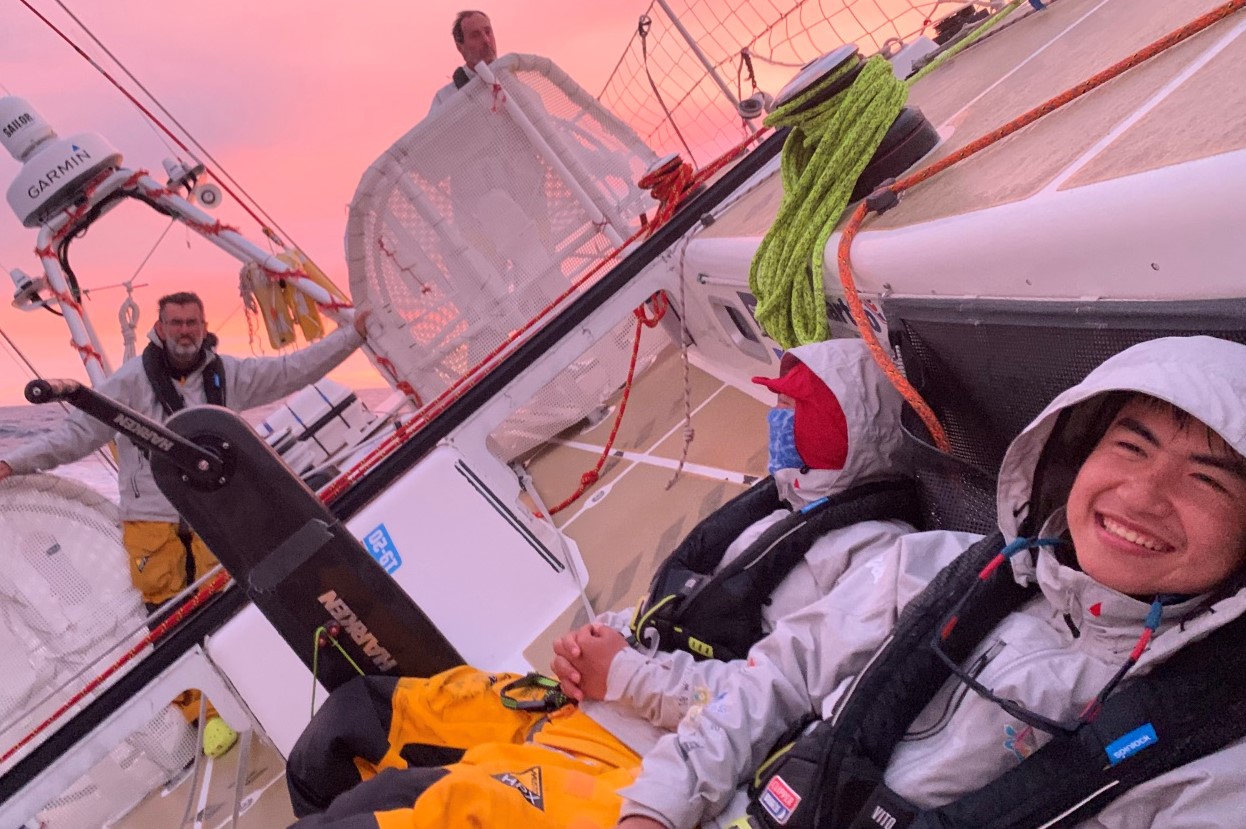 Reflecting on the tough sea state, as experienced by all the teams, Rich Gould Skipper of WTC Logistics said: “We have broken free of the most challenging part of the East Australian current and some of the frustrations we had with the current and the light winds over the previous 48 hours are already fading, our milestone of reaching our waypoint ‘Home Run Start’ caused an outbreak of morale.”

After making great time up the east coast, Punta del Este have fallen into the halting conditions which have caught much of the fleet on the route to the tropics. Skipper Jeronimo Santos-Gonzalez describes the recent racing conditions: “After watching the rest of the fleet going from windhole to windhole during the last few days, this morning was our turn to get stuck into a blackhole with no wind, just when we needed it the most to cross an area of strong currents.”

We started the night flying at 10 knots of speed and a near full moon flat waters on the Australian Gold coast. Sweet sailing for hours and hours, feeling the satisfaction of meeting our daily targets and getting closer to achieving the top position by the end of the leg. When in a windhole, we had two options; change direction, change sails, move crew around, cursing something and shout “why us?!!” or the other option; to tighten the sails throw the fishing rod and wait for the wind to arrive. Obviously we chose the first one and after a lot of effort we ended where we started four hours earlier, next time we’ll think again!” 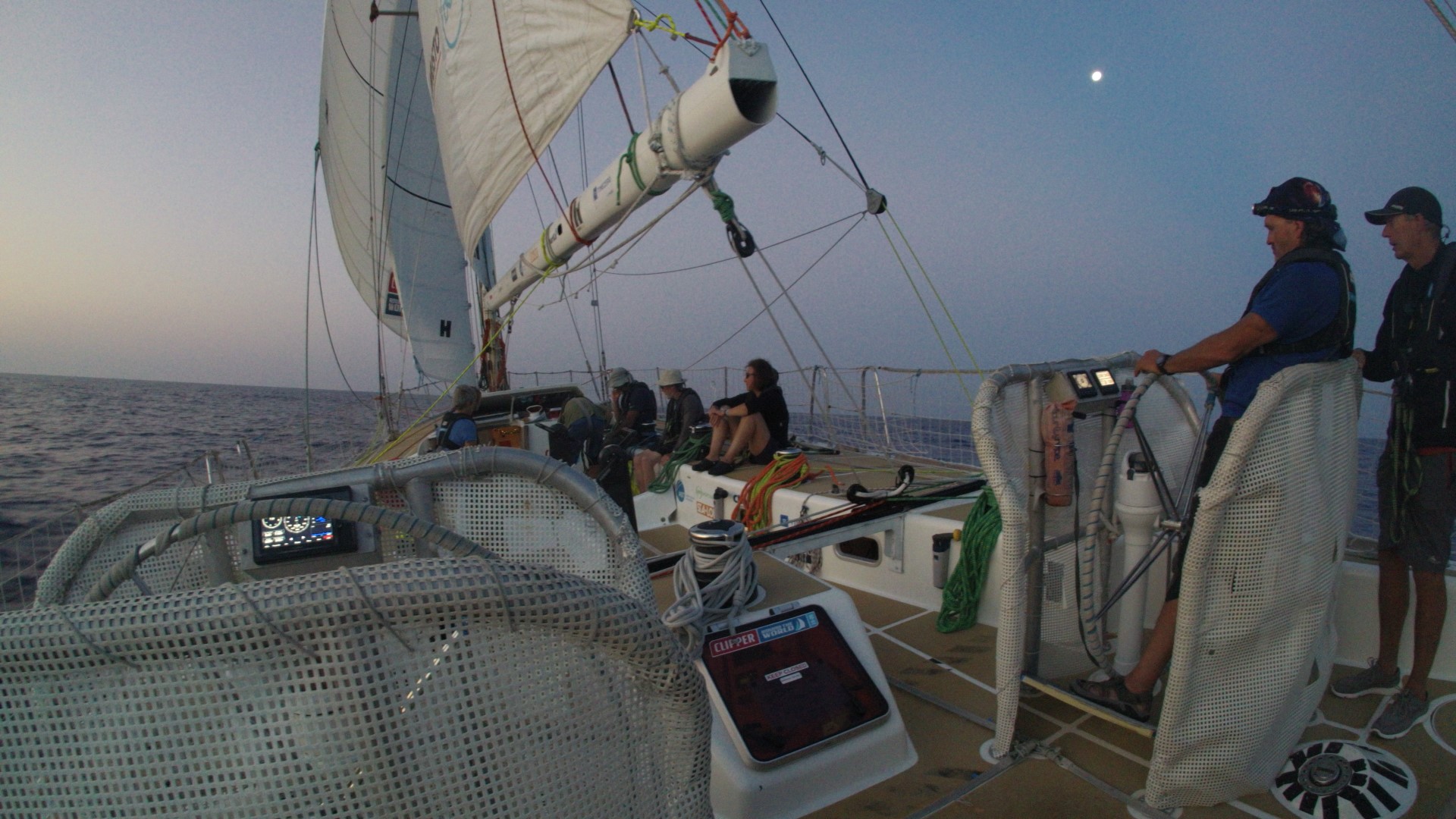 IMAGE: On board Punta del Este

Also feeling frustration with the challenging stretch of water, combined with the lack of wind is Visit Sanya, China. Skipper Seumas Kellock comments: “We are progressively tacking our way northward towards the top of Fraser Island, so far we have made 20 tacks since we approached the coast with another load of tacks to come. This combined with potentially very light winds, makes for some frustrating progress.”

Qingdao continue to keep its competitive spirit going, sailing fast to try and overtake those close to them: “We took a ‘round the outside’ route to avoid the windholes. We did encounter several ourselves, but probably made up the distance it took at slightly better speed. It's not been a blaze of glory comeback, not the consistent 11 knots I'd hoped for, but I think we are ahead of two with a possible third boat in sight.”

Unicef are enjoying the benefit of watching and learning from the rest of the fleet, with Skipper Ian Wiggan commenting: “Inside the Great Barrier Reef, the forecast for the Coral Sea looks like a perfect spinnaker run. Again, the path will have been trail blazed up the Queensland coast for us by the front 8 yachts so we will be able to pick out the fastest route ....hopefully.”

Dare to Lead are currently in Stealth Mode, along with Imagine your Korea and Qingdao. Skipper of the team, Guy Waites reports: “We've made some significant ground along this tactical East Coast of Australia, our game of snakes and ladders has been one predominantly of ladders, the snakes appear to have slithered west. From here on in we will converge as a fleet towards the first of a series of mandatory gates between Australia and the Great Barrier Reef less than 300 miles away.”

He added: “The breeze is stable but not excessive; just enough to keep us moving as we tease out every tenth of a knot of boat speed before our cover is exposed, magically reappearing before you, and hopefully somewhere further up the leaderboard?!”

We will see when their position becomes visible again at 1800UTC today. Track Imagine your Korea again and see how Qingdao have got on whilst sneaking up the coast, attempting to climb the leaderboard at 1200UTC today. Seattle are also taking a final punt with the invisibility tactic, opting to go into Stealth Mode at 1200UTC today.

Keep a close eye on the Race Viewer and the latest ETAs as the final countdown heats up.