Race 5: The Whitsundays, Heart of the Great Barrier Reef, is unfolding as a close race, with the majority of the fleet surfing their way east, towards Tasmania within close proximity of one another. The sixth day of racing has been backed by favourable conditions, whilst lighter winds have proved trying for some as the team's positions are continually changing in the race around the Australian coast line.

The smooth sailing conditions, whilst challenging, can provide the new crew with a good opportunity to gain some valuable technical sailing experience. On board Seattle, currently placed seventh, Skipper David Hartshorn has had the new crew members helming under a starry night, until the stars disappeared, he reported: “Within a few hours there was 8/8 cloud cover, not a single reference point to help guide. Then the wind began to veer, and continued to veer, so to ensure we didn’t head towards St Georgia, we need to gybe. In the dark, first Spinnaker gybe, what could possibly go wrong? Well nothing actually. ‘SeaHawks’ conducted it with textbook precision, and I was really impressed and then we making excellent progress to Tasmania and clear of the emerging high pressure to the north.” 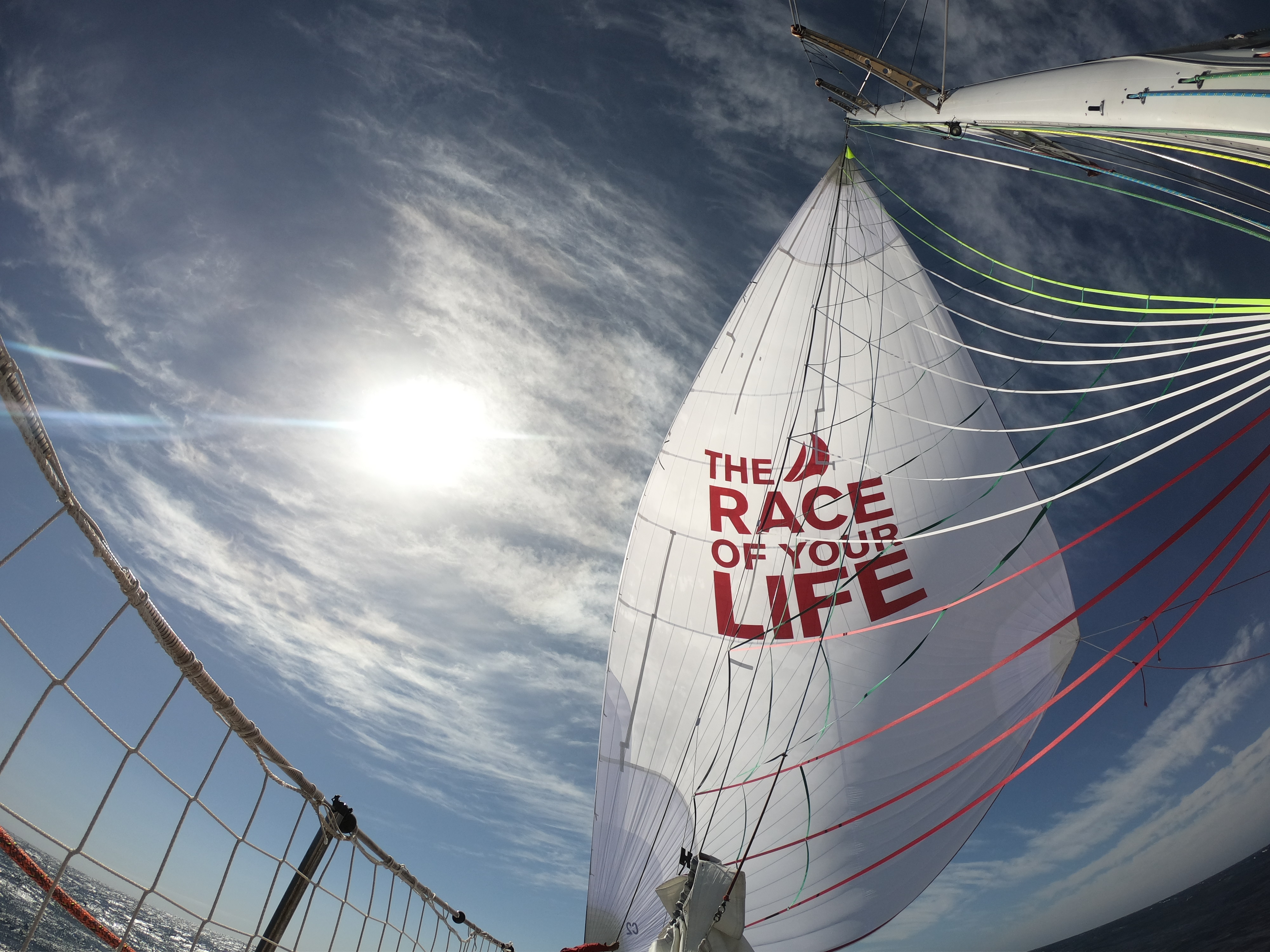 IMAGE: On board Seattle

On board Dare To Lead, currently positioned the furthest north of the fleet, Skipper Guy Waites comments: “It's blue sky surfing weather, champagne yachting and Tasmania our target 960 nautical miles dead ahead. If we can get there earlier than the weather routing suggests, we can turn the corner, miss the worst of the weather and celebrate New Year on the East Tasman Plateau.”

Whilst Skipper of WTC Logistics, Rich Gould remarked: “These sort of conditions is why I love the ocean sailing, this is the stuff that makes all the bashing up wind with an almost non-existent VMG (Velocity Made Good) worth it, our Code 2 is still flying, as is Black Betty.” 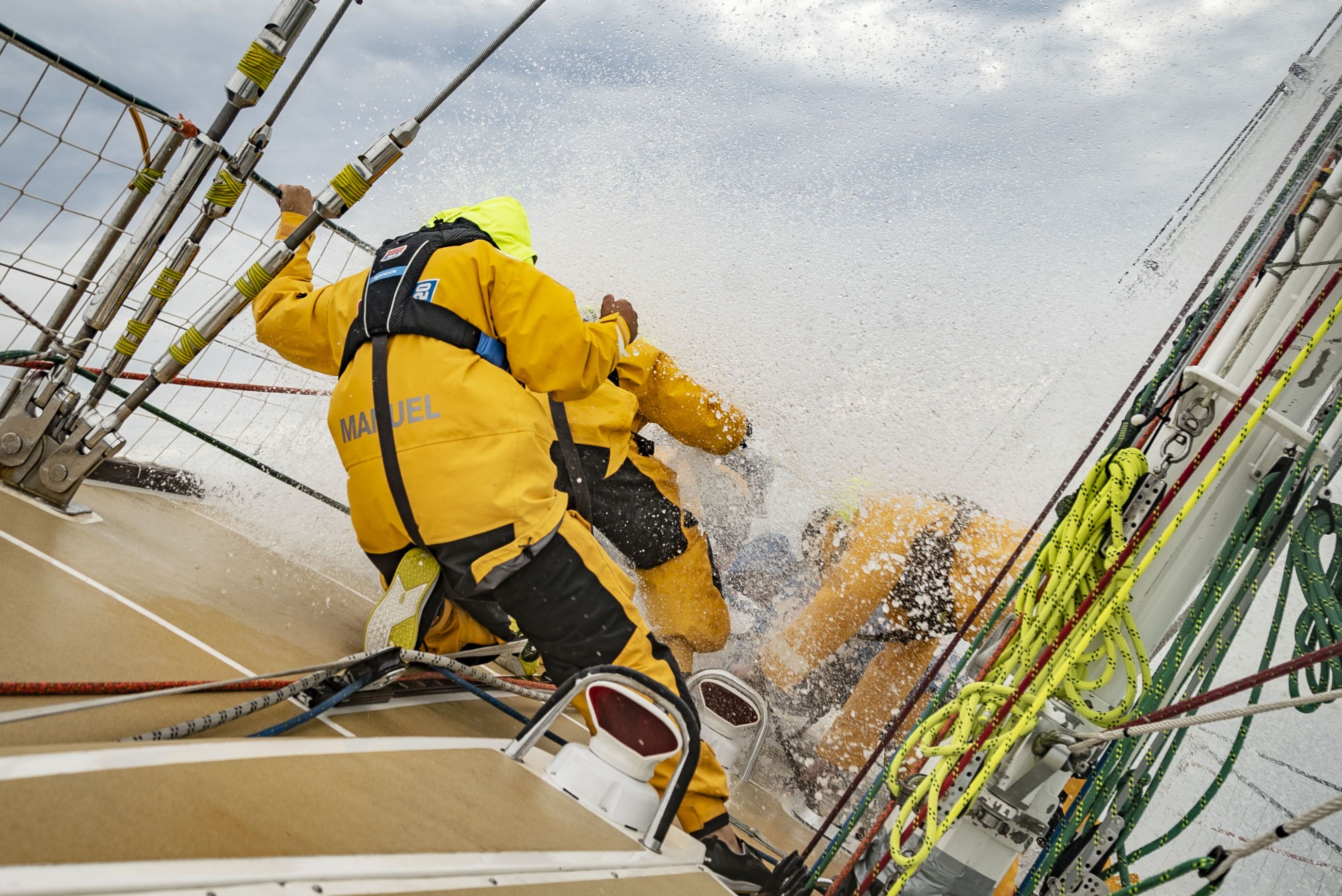 Whilst the smooth conditions are favourable for a while, the light winds can prove frustrating.

Unicef Skipper, Ian Wiggin reports: “Our current course and speed is frustrating at present. We should have stronger winds and a more favourable wind direction later in the day if we keep heading South. Our current course is about 170 degrees which would ironically take us to 'Cape Goodenough' - in Antarctica! This is a long race, but we are in a hurry to get around the bottom of Tasmania before the light wind re-establishes and the door shuts.”

Currently top of the leaderboard is Ha Long Bay, Viet Nam. Skipper Josh Stickland said: “a day or so ago, I said that I was very much looking forward to going surfing, well, unfortunately in order to surf we need waves and currently its a fairly flat sea state.”

Chris Brooks, Skipper of Qingdao has questioned their tactical race decisions, saying: “Hopefully we can close down some gaps with Ha Long Bay, Viet Nam and GoToBermuda. Trouble is, their early right-hander saw them in more pressure, and they are now flying along at well over 12 and 13 knots whilst we remain pushing 11.”

Current second place holders GoToBurmuda were blessed with some unexpected company, Skipper David Wavy Immelman reported: “As we were busy eating our lovely eggs, a pod of Killer Whales come to give us a visit. Some off at a distance, maybe 500m, but one adventurous big girl came and appeared about 2m off our starboard beam. Gave us a quick look and disappeared. She was beautiful.”

Read all about life on board via the crew blogs and watch as the race unfolds as the fleet edge closer towards Tasmania via the Race Viewer.

Three festive Clipper Race teams departed Fremantle Sailing Club today. Wearing Christmas hats and big smiles, Visit Sanya, China, Punta del Este and Unicef are off and ready to chase down the rest of the pack.After the teams said their goodbyes to loved ones, they…

The fourth stage of the Clipper 2019-20 Round the World Yacht Race, the 3,400 nautical mile long Australian Coast-to-Coast…