Following a fantastic stay in the eclectic town of Fremantle where the crew have experienced everything from gorgeous beaches, selfies with Quokkas and excellent hospitality from the Fremantle Sailing Club, it’s onto the next Australian destination on the 4,000nm Australia Coast-to-Coast Leg.

The beautiful Whitsundays await, however, for the eleven Clipper 70s and the non-professional crew, the journey to reach the destination promises to be a stark contrast as Race 5, of fifteen, is set to challenge Race Crew in every way. 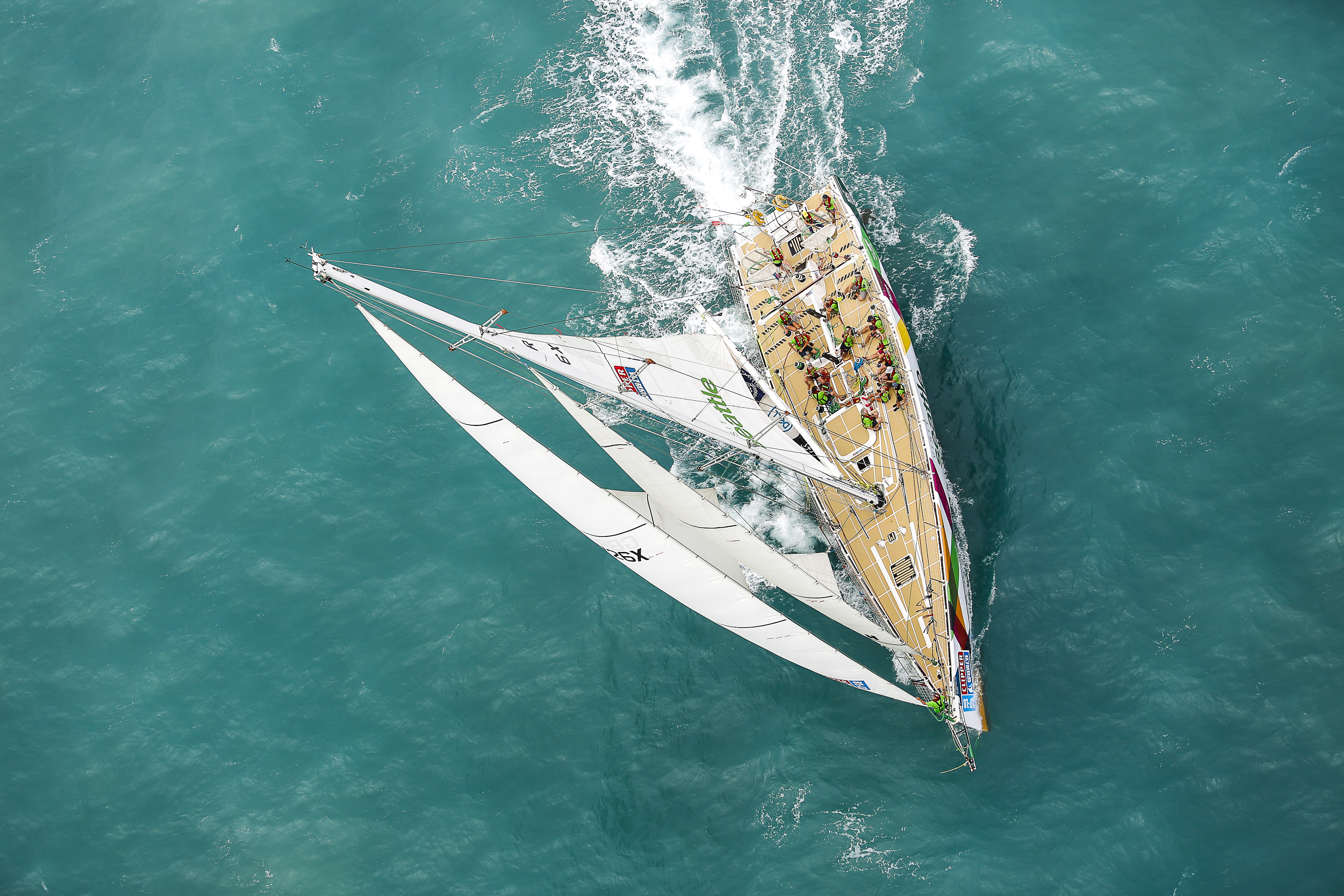 Located in the heart of the World Heritage Listed Great Barrier Reef is the Whitsundays, a collection of 74 island paradises, and the Clipper Race fleet will be berthed at Coral Sea Marina | Resort in Airlie Beach where the region will come alive as the Whitsundays Clipper Race Carnival returns.

“Our community went into full party mode during the Clipper Race Carnival in 2018 so I am looking forward to a ripper start to 2020 as we again welcome the international fleet.”

Whilst the teams look to get into the party spirit, celebrating Christmas and new year at sea, a first for many of the Race Crew, the constantly changing conditions, from brutal to mild, mean there will be little chance to relax. The crew will be pushed mentally and physically in what is one of the most inhospitable parts of the planet. Potentially further south than on any other leg, this race around the south of Australia demands their absolute best.

On the race ahead Dare To Lead Skipper, Guy Waites, explained what conditions the teams will face saying “The first 24hrs are likely to be upwind, all the way down towards Cape Leeuwin, then we have a bit of a windhole to negotiate before we are back in the Southern Ocean. Potentially getting very close to 45 degrees south, the southerly limit, which is much the same place as we were in Leg 3. The conditions we can expect to be strong at times and that's putting it mildly. 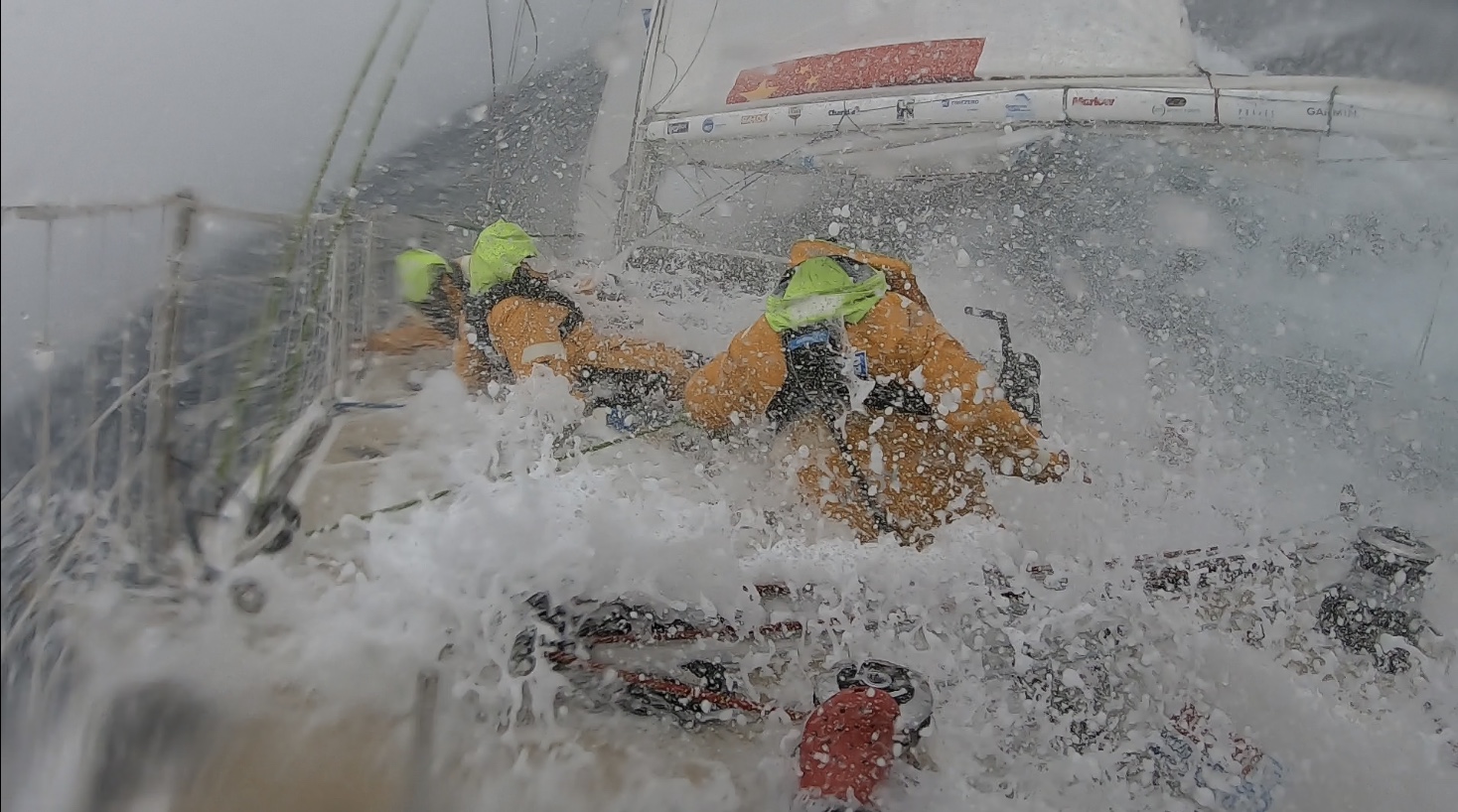 “From there we need to negotiate rounding Tasmania, the south going Australian current up the east coast of Australia, headwinds to start with, then downwind favourable conditions towards the end so there really is a bit of everything in this race.”

The Scoring Gate and Dell Latitude Rugged Ocean Sprint will once again feature as opportunities to gain bonus points. Tactics are on offer for the Skippers to decide when and how they use them; freedom to choose their routing and each yacht shall have the opportunity to use one period (of 24 hours) of Stealth Mode. 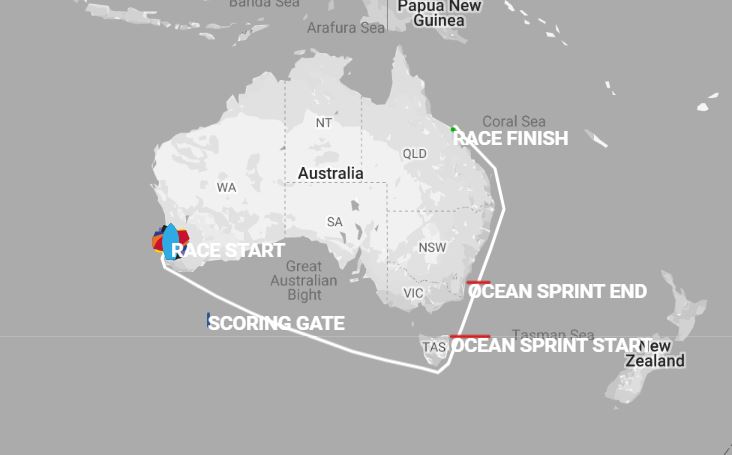 The first eight teams will slip lines from the Fremantle Sailing Club at 1200 local time, shortly followed by a parade of sail at 1300, whilst the Fremantle Sailing Club Pipes and Drums Section will play setting the scene at the B-shed on the bustling Fremantle Waterfront. The spectacle promises to deliver an excellent sight and sound for the working port and tourists as they spot the teams on their way to the famous Rottnest Island, visited by many of the Race Crew. The race officially starts at 1500.

Following a later arrival into Fremantle, to give sufficient time to prepare, the further three teams will depart Fremantle on 24 December exactly 48hrs later and they will race on elapsed time against the rest of the fleet.

From Western Australia, the bows of the yachts point south, out of the Indian Ocean and back to the challenge of the Roaring Forties. Cape Leeuwin marks the south western tip of Australia and is one of the three Great Capes, the second of the Clipper 2019-20 Race route, that only a privileged few get to sail. 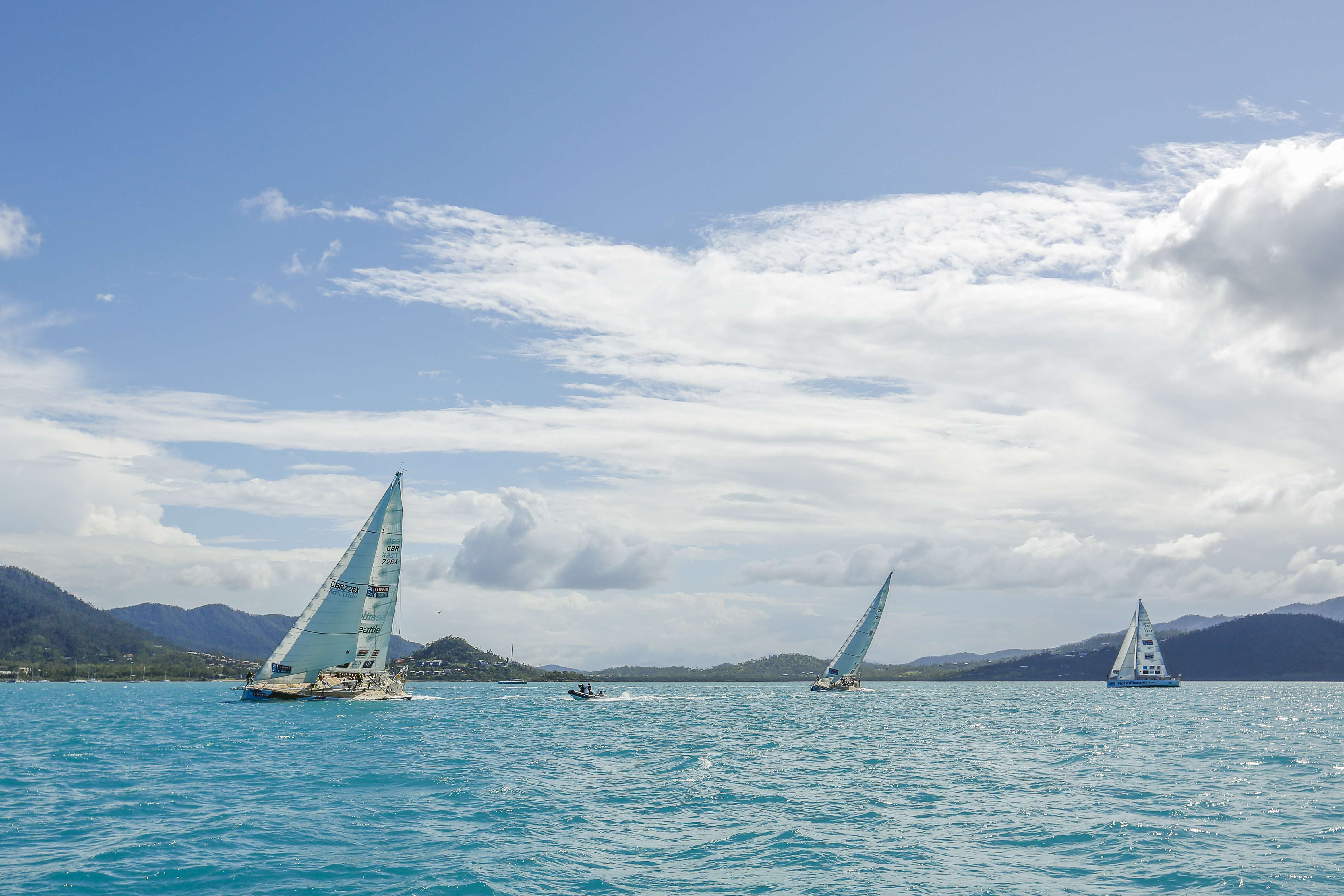 The race route takes the teams below the 40th Parallel for another sleigh ride east. Far across the horizon, is the Great Australian Bight and the unforgiving shores of the Nullarbor Plain. At sea, the fleet will route toward the southern tip of Tasmania and into the Tasman Sea for the first time. The Tasman Strait awaits…

As the teams’ route north for the challenging race to port on the eastern Australian seaboard, the huge ocean swells, so popular with the Aussie surfers on the east coast, will continue to challenge kit, sails and crew stamina. When briefing the skippers, Dale Smyth, Deputy Race Director also warned the skippers: “The southerly busters on the east coast are brutal.”

Upon arrival into the stunning destination, expected 9-12 January, a host of events have been organised across the region, including a free Community Welcome Event in Airlie Beach town centre, the return of the iconic White on Whitehaven Long Lunch and the Rodeo by the Reef in Bowen. 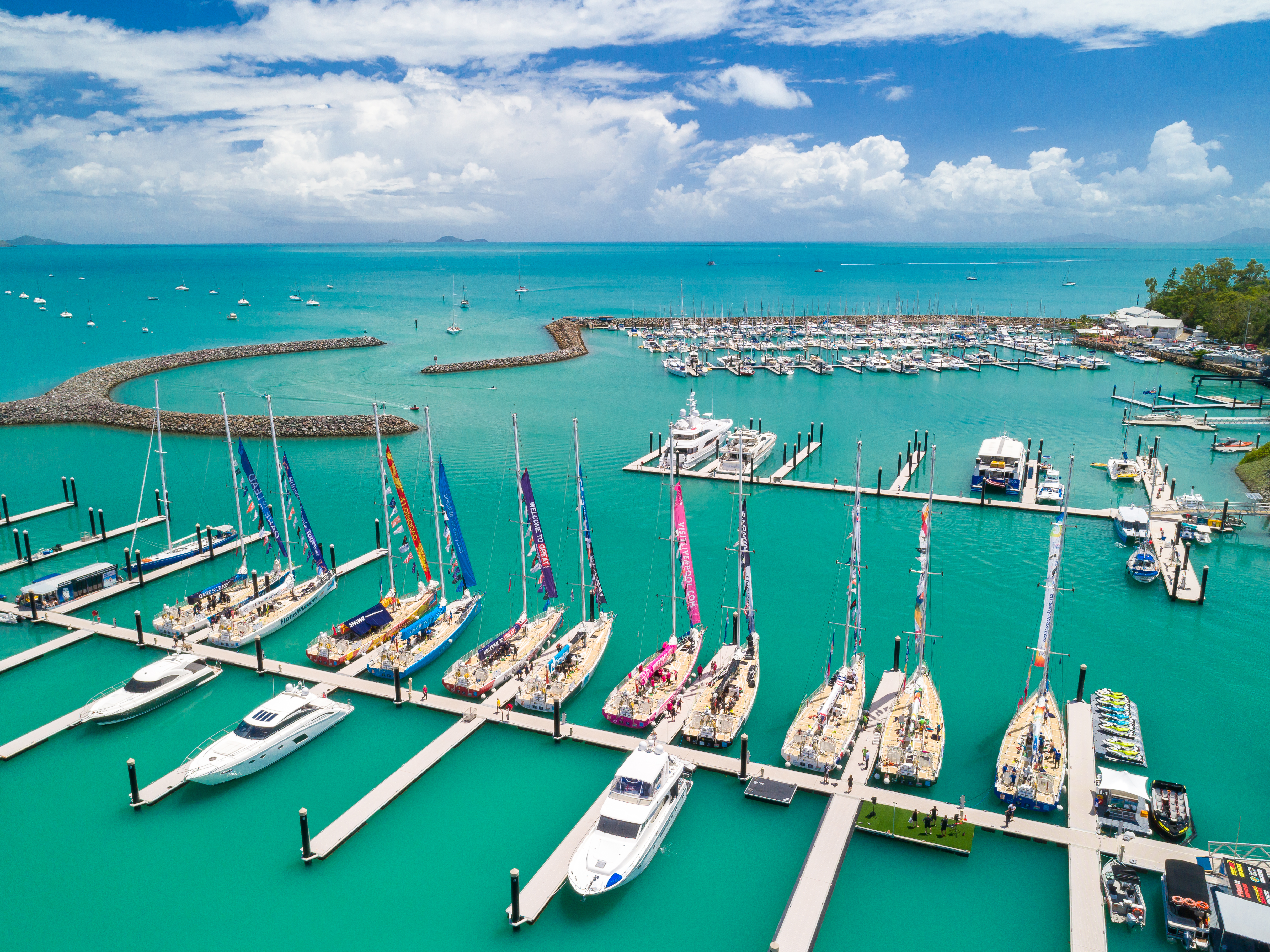 “The Whitsundays is a sailing mecca so the week long Carnival will let the Clipper Race crews and supporters mingle with locals and enjoy time in our unique part of the world.” said Mayor Andrew Willcox.

There will plenty going on along the vibrant waterfront whilst the Clipper Race fleet are berthed at this award winning marina which was named the Australian Marina of the Year for 2019-2020.