It was another busy day for the Clipper Race fleet as it continued its way through the Doldrums Corridor and across the Solomon Sea. The battle for first place in Race 6: The Sanya Tropical Paradise Race remains an intriguing contest as the two front runners establish their lead and the quest for third place and mid table positions continues to be a thrilling competition.Each team is following its own strategy in order to improve their position in the race standings and as it stands Zhuhai has retained its lead with Qingdao in second and newcomer Unicef has snatched third position for the first time in this race.

There is very little to separate the teams, Imagine Your Korea are enjoying a close fight with WTC Logistics. Imagine your Korea Skipper, Rob Graham says “There is a giant invisible bungee cord between us and WTC Logistics which holds firm - we gain a mile, they gain a mile, we stretch away, they reel us in.”

Clearly the proximity between the teams is reflected in the synergy as WTC Logistics Skipper Rich Gould says: “Racing wise we have continued to trade points of a mile with Rob and his motley crew aboard the good ship Imagine your Korea, we have been in line of sight of those guys for three if not four days now. It’s starting to feel like there is a rather substantial length of bungee connecting our boats together, every time we start to separate we seem to end up pinging back together.”The continued decision was: To motor or not to motor? Punta del Este team made the choice to start motoring with Mate Ryan Barkey commenting: “Murphy’s law almost simultaneously took effect because with a flick of my finger on the ignition to kick the donkey into gear, the breeze flickered back to life as well as you’d expect it to. So, our free pass of this leg’s Doldrums Corridor is now in effect and we have the next 36 hours, or 4 degrees of latitude, to motor north to aid in the navigation of this very, very, very fickle winded part of the world.” 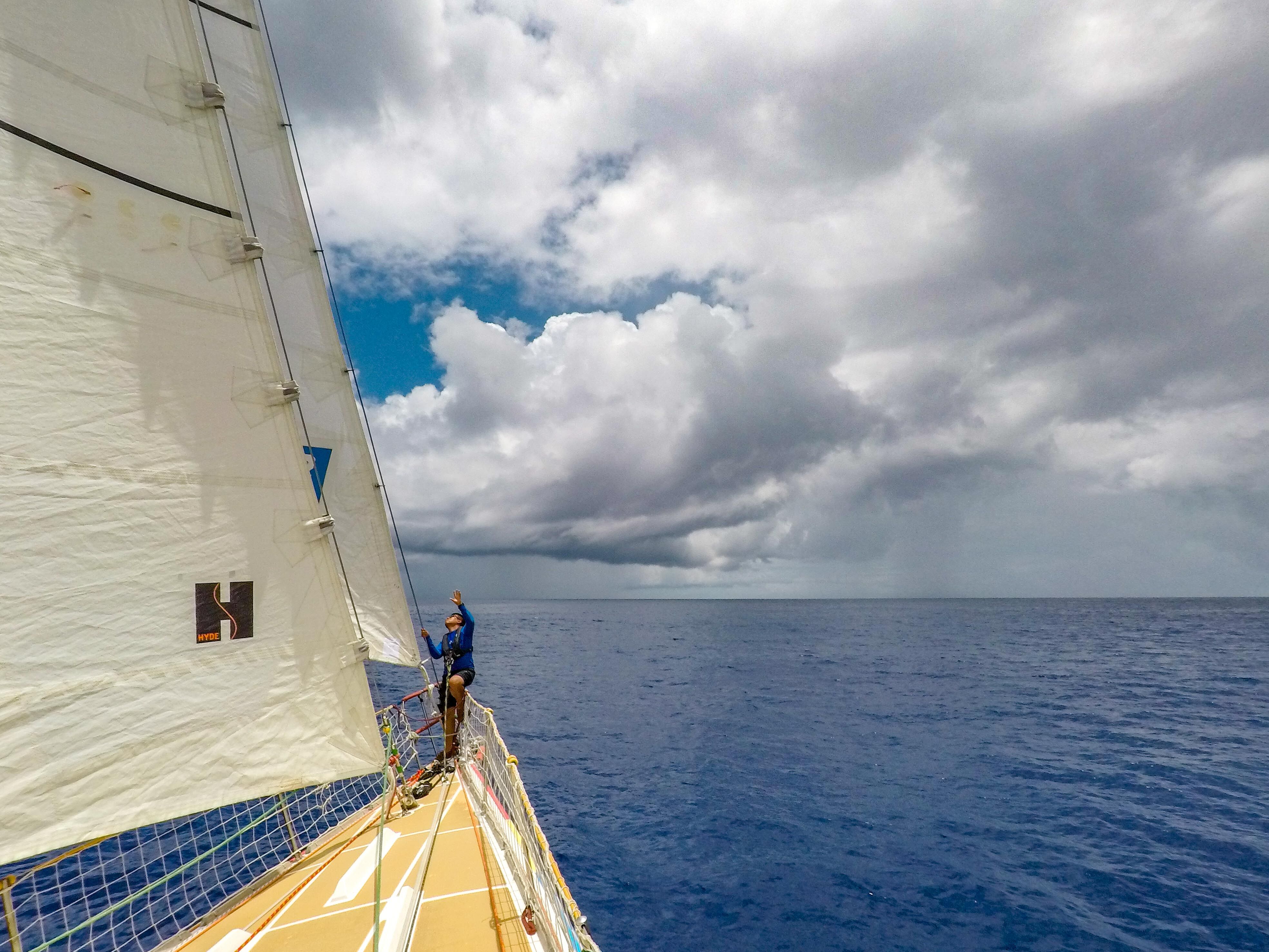 The teams have to make an educated assumption as to which of their competitors are currently motoring; which adds an exciting element to tactics taken by each. Skipper David Hartshorn explains: “The big question is of course, at what point, if at all, do we turn the engine on so we can motor 240nm in a minimum of 36 hours? To date albeit slowly we have made progress, but clearly other boats have started motoring in fact some will have used their allowance up by the time you read this.”The strategic decisions taken by the teams continue to have an intriguing impact on the overall race standings.There is expectation of further twists and turns as the race for a podium finish keeps each competitor driving hard for a continued strong performance. Ensure you’re fully up to date with all the latest high-octane developments via the Clipper Race Viewer.

Race 6: The Sanya Tropical Paradise Race continues to thrill as the fleet navigate towards and into the Doldrums Corridor.…