Many of the teams have now completed the Dell Latitude Rugged Ocean Sprint, following the crossing most skippers have been pondering on their tactical decision making. Whether they opted for the most direct route or focussed on their overall race position, how will that choice affect the leaderboard, as the fleet approaches the final stretches of the 4,000nm race to the Philippines?

“What a quick Dell Latitude Rugged Ocean Sprint that was.” Says Seumas Kellock, Skipper of Visit Sanya, China currently in third. He continues: “Normally there is time for a couple of blogs in an ocean sprint where we can talk about the possible options, but we’ve crossed the sprint so fast we can’t even peruse the options. We did however go for the cross between fastest boat speed and shortest route. To see if it has paid off, we will have to wait until prizegiving in Subic Bay.” 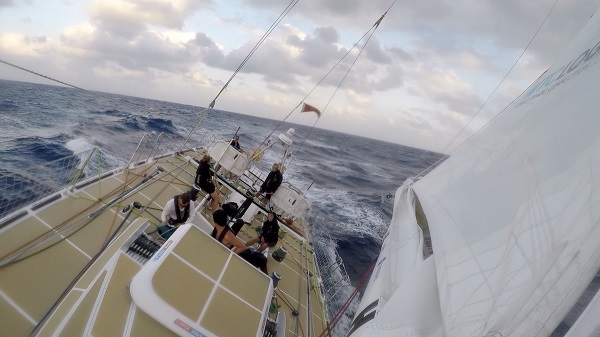 Also pondering the results is Qingdao Skipper Chris Brooks who said: “We think we have a good time but, as importantly, we have managed to make miles on those behind and gain on Ha Long Bay, Viet Nam which is a real blessing. The biggest hurdle for all boats, and what may still cause upset throughout the fleet, is the wind hole between us and the finish in Subic Bay along the West coast of Luzon.” 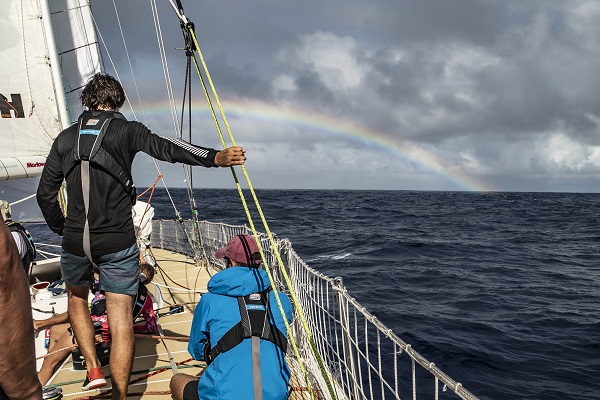 With so little continuing to split the leaderboard, the forecast predicts a variety of conditions and potential for a period of light wind in the final stretch or Race 6. Clipper Race Meteorologist, and all round weather guru, Simon Rowell explains: “Today’s synoptic chart rather sums this leg’s weather up – you’ve got a tropical cyclone south of the Equator, definitely a summer feature, then a high off China pumping down a strong north easterly monsoon – definitely a winter feature.”

What will this mean for the fleet? Punta del Este Skipper, Jeronimo Santos Gonzalez says: “We have 150 nautical miles to the race course mark Infante on the Luzon Strait, where the currents are strong and when opposite to the wind they create a shaky sea state. From then around 400 nautical miles to Subic Bay, including strong down winds and very light winds soon after. Remember the more unpredictable and varied the weather, the more tactical the race becomes.” 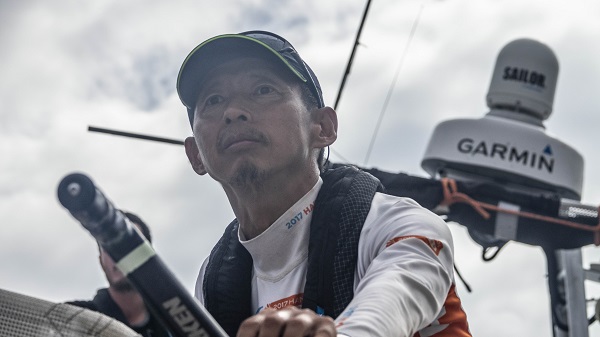 Not only is the unpredictable weather making the race more tactical it is also making for some amusing clothing choices, as crew work through their kit bags of Musto technical clothing to find the best combinations to stay cool and dry as the waves start to crash over the deck. Rich Gould skipper of WTC Logistics enthuses: “A popular look on board now, especially on night watches, seems to be teaming up the HUGE Musto HPX Pro-series smock with lifejackets and shorts.

“Now the smock is quite long, so much to my amusement this outfit makes the on watch appear as if they have omitted to don any clothes below the waist before heading up on deck. It's a strong look, not sure that it will be on that is suitable for the bitter cold of the next leg though.”

With the first teams expected to arrive in Subic Bay from Wednesday 12 February, whose decision making will have paid off? Keep an eye on the Race Viewer for the latest developments.