The Doldrums Corridor: the calmer part of the race with windless waters. Or is it?

As the fleet approach north of the Doldrums Corridor, the teams reflect on the decision taken to motor and the tactical advantages and potential disadvantages to the timing of the decision. The weather has presented varying challenges with squalls and big winds reported; teams await the all important auto schedule to see who has fared well, as they sail by the Solomon Islands. 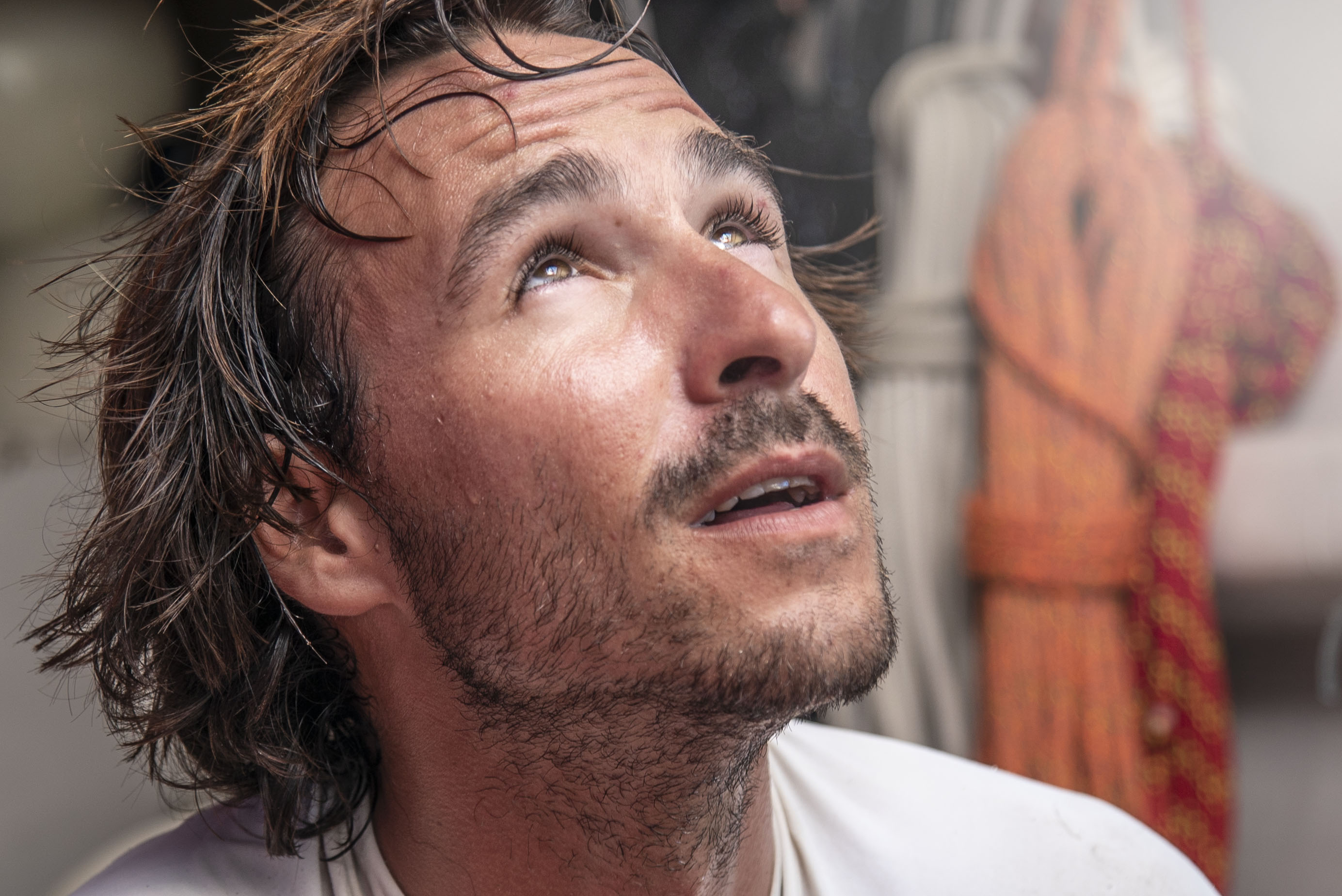 Skipper of Imagine your Korea, Rob Graham reports: “Having managed to keep moving through light winds in the Doldrums Corridor so far, Imagine your Korea was becalmed last night, just a few miles short of our target 08 degrees S latitude for motoring. So, we sent our declaration of intent to motor into the Race Office and within minutes the wind picked up to 20+ knots, giving us a rather exciting run under the Code 1.”

On board Seattle, they were equally surprised by the gusts, with Skipper of the team, David Hartshorn saying: “SQUALL! Actually squalls, so a couple of hours into motor sailing we are subject to the biggest winds we have experienced on this Leg to date, we put a Reef, well, two actually, and since then we haven’t seen the wind drop much below 10 kts. So, that plan worked out well then – not.”

WTC Logistics Skipper Rich Gould reports: “Just at this point, a squall we had managed to get ahead of, and had been passing our stern, caught up with us. We now had 90% of our Code 1 trailing in the sea on the low side of the boat, and the remaining 10% flapping around up forward, just to make things even more fun, the pressure from the squall arrived and Black Betty accelerated up to double figures. At this point there was only one move to make "ALL HANDS ON DECK, ALL HANDS ON DECK".

He continued: “It's very unusual to be frustrated by having wind when you are sailing, but if we have wind now, when we wanted no wind for motoring, it may mean that other teams further up the course who motored earlier may too, now have wind, if that is the case, we will have lost any advantage that we would have had by hanging on to our motoring until the last moment. Only time will tell.”

Having a break from the blistering heat on board, Dare to Lead’s Skipper Guy Waites describes the team's recent experience: “We've had every wind angle and every wind speed from zephyr to 20 knots. In the early morning with a wilting code sail we converged with mother nature, a long grey bank of clouds with rain hanging in ribbons from its belly.

The code sail began to crackle and lift itself from it's droop, the burble of a distinct wake as we began to bear away and ease sheets. In came the rain, hatches closed as the horizon vanished before us, cloud, rain and sea became one indistinct grey mass. Due north we sailed, right on course, sails running with torrents of water, all hands soaked to the skin as we ran blind before the deluge. 20 knots of true wind and 12.5 knots of boat speed, we ran like this for an hour until Mother Nature rolled away and left us momentarily listless.”

Visit Sanya, China are currently sitting in fifth place and have come to the end of their motoring stint. Skipper Seumas Kellock reports: “We have now finished our motoring section of the Doldrums Corridor and we’re back in racing mode, although currently were only doing 3 knots, every little bit counts. It’s difficult to tell how well we made our decision to motor, did we leave it too long or were we too early? We won’t know until every team has finished motoring and the dust settle as to how we have faired.” 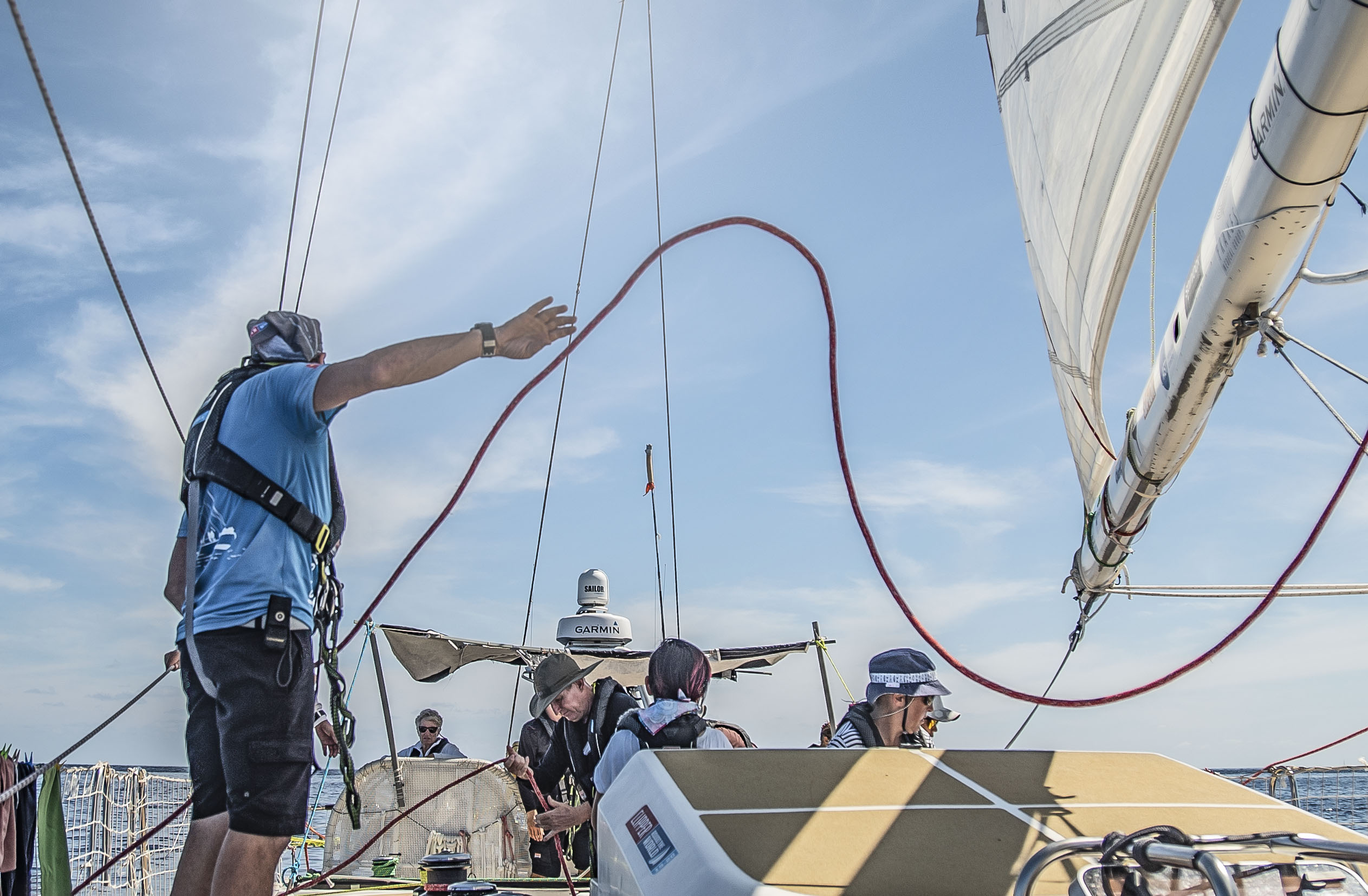 Currently in third place on the leaderboard, Qingdao’s AQP Rhiannon Massey says “Progress has been slow but with well over 3000nm to go, there is certainly nothing set in stone. With boats clearly in view of each other doing vastly different speeds it seems like a very confusing game of snakes and ladders unfolding daily. But as with all boat racing nothing's over until we cross the finish line.”

In the words of Punta del Este’s Skipper Jeronimo Santos-Gonzalez: “Motoring is highly tactical because depending on when on boat starts or finishes motoring, or the location make a big difference on the future positions of the race. Stay tuned to the Clipper Race Viewer for the outcome of this challenging times for the fleet.”