Pin Image
Home / News / Race 6 Update Getting Up To Speed

​Race 6: Getting up to Speed

The light at the end of the long Doldrums Corridor is starting to shine, with some teams having already gained freedom as they escape the calm and unpredictable conditions the stretch of water has provided. Some teams report painfully slow progress: one thing is for sure, all are unanimous in their plea for more wind in order to pick up some speed.

Ha Long Bay, Viet Nam are leading the pack despite reporting a lack of acceleration as they left the Doldrums in their wake. Skipper Josh Stickland said: “It's been kind of a funny day really, the first half we finished our motoring, and then bobbed about for a little while, whist roasting alive trying to search for wind and not getting much luck, in fact the highlight of the morning was the crew managing to get 2 knots of boat speed!”

Reporting on the erratic sea state, GoToBermuda’s Skipper David Immelman said “We are back sailing! We have completed our 4 degrees of motoring, of which the last 90 miles were quite a challenge. We went squall dodging. One after the next, no wind then it would build on the edge, we would take avoiding action and then it would drop. It did mean that we did a few odd manoeuvres last night, but we did make our planned waypoint in the end.” 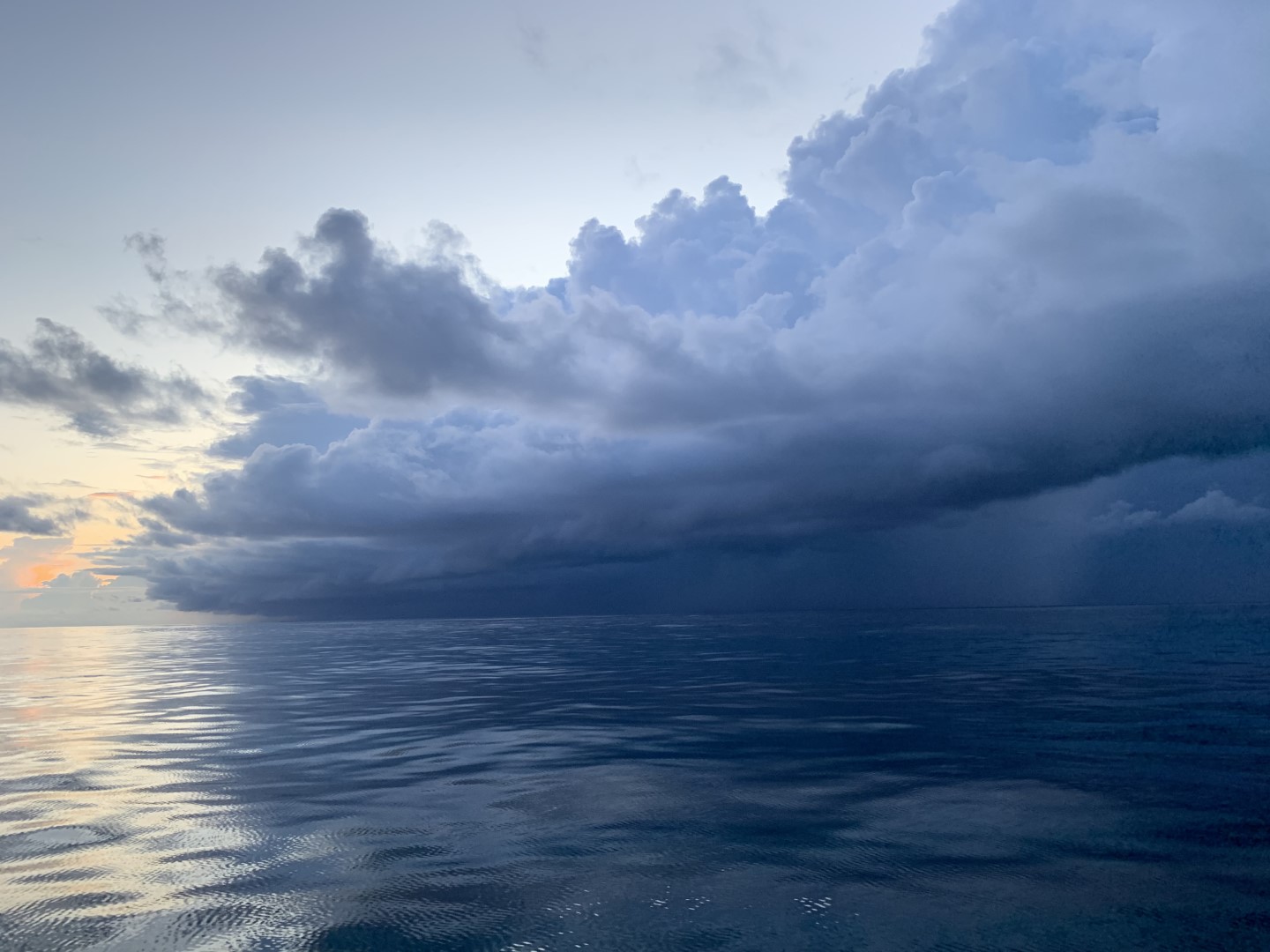 IMAGE: Squall-spotting fro on board Seattle

Whilst speed is the main ask across the fleet, WTC Logistics have accelerated position-wise, following its tactical decision to motor later than the opposition, the past 24 hours has seen them swap tenth for second place in the race standings. Skipper Rich Gould said: “Although we still have over 3000 nm to go in this race, 75% of the total distance, I'm quietly confident that we will come out of the motoring corridor somewhere near the front of the fleet. The weather this afternoon is going to be key to this, as long as the wind stays light we should continue to make good gains... fingers crossed.”

Also emerging on the other side of the halting period is Visit Sanya, China. Skipper Seumas Kellock reports: “Last night, for the first time since leaving London we had a zero mile log recorded, it is actually very difficult to do that in one hour but the boat simply didn’t, not even drifted, no current and no wind. Then in the two subsequent logs we had 10 miles recorded which was a fantastic squall coming along and boosting us towards the end of the Doldrums Corridor!”

Jeronimo Santos-Gonzalez, Skipper of Punta del Este said as approaching the end of the Doldrums Corridor: “Since we stopped using our motoring allowance, sailing has been glorious and painful, one straight to the other. From flying at 10 knots during the night making some good progress to 1 knot or less of speed this morning. Well this is ocean sailing, nobody said it was going to be easy! We are now between the islands of New Ireland and Ambitle. Sky is darkening bringing some needed winds but also some rain and strong squalls.”

On a positive note, Dare to Lead’s Skipper, Guy Waites reports more productive conditions, saying: “After another off and on day with the wind, the breeze filled in and we were off, 10 knots right down the rhumb line, hour after hour, all 9 of them in fact and 6 of which posted our highest average SOG (speed over ground) of Race 6 so far at 9.7 knots. What made it so significant was its relation to the rest of the fleet, the boats ahead were struggling at average speeds of 1.6, 2.3 and 3.1 knots etc. We reclaimed many miles lost earlier in the race, and sailed away from boats motoring through the corridor at 6 and 7 knots around us. We enjoyed it while it lasted, content that no other boat in the fleet benefitted from such consistent speed, it's breathed new life in to our team, energised by the rewards of their consistent effort.”

As the teams are all set to be free of the Doldrums Corridor soon but with no great change in wind speed forecast, watch how the race tactics for the teams unfold via the Race Viewer.